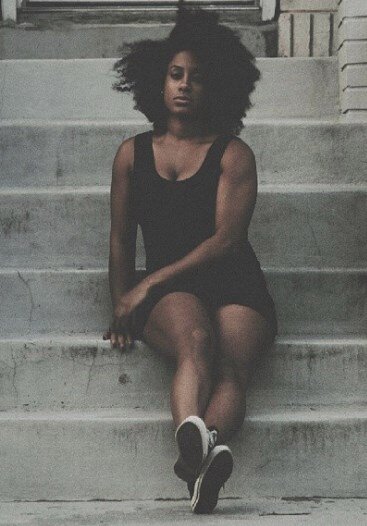 Race: On Blackface, White Privilege & Why I'm Not Racist

Most of my revelations were met with silence and blank stares by my class of mostly white peers.

On Blackface, White Privilege & Why Distancing Myself from White People Doesn’t make Me Racist.I am a 23-year-old black woman who, for a long time, tried to have discussions with white people about racism in America. I went to a white, liberal college in New York City where I thought such exchanges were welcomed. I actually believed there could be such a thing as a productive conversation on the matter, some type of engagement, a debate. I wrote speeches about the wealth gap between black and white families (a staggering $100,000 difference), the unforgivable incarceration rate of black men, the discriminatory education system. I even made a video about the misrepresentation and misuse of black women by pop culture and the media. Most of my revelations were met with silence and blank stares by my class of mostly white peers. Eventually the professor, typically a white man or woman, would clear his/her throat and ask, “Well, any questions for Tiffanie?” The students would whisper amongst themselves, but oddly, I was never asked to elaborate. It was understood, in their opinion, that I was the overly sensitive, angry black woman. The racist; a race baiter.And even those responses, in that environment, were some of the more thoughtful and least dismissive I’ve received throughout the duration of my life. Much better than inquiries like, “Why do black girls wear weaves?” and “Is it an African thing why black girls have big butts?” Their silence was more acceptable than the “jokes” often cracked and misinformation typically disseminated in my presence.It was during my senior year of college that I thought I gave up.

I understood that white people would simply never understand, that my comfort in such a world hinged on a level of acceptance and respect that I would never be awarded. No matter how well-researched and statistically supported my argument was, I would always be the “whiner” about an issue that simply does not exist in the white world. After all, we are “post-racial.”That prompted me to move to another country, Trinidad and Tobago, where “white” is about 1-2 percent of the population. Not that racism doesn’t exist everywhere, but lost in a sea of colored faces, the urgency to discuss the matter seemed more like a pot of water on a slow simmer as opposed to boiling and bubbling over, burning everything in its vicinity.My “discomfort” with white people and their lack of understanding and sincerity around the issue of race left me wanting to avoid them entirely. But these feelings troubled me too. I worried that by wanting to avoid white people, I, myself, was becoming a racist.“But I’m not racist,” I assured my best friend back in the States.“If you don’t want to be around them, you don’t like white people,” he said. “That’s racist.”I did not have a confutation to his argument at the time.A few days ago, I received a message online from a couch surfer who was looking for a host in my home country. His profile revealed pictures of a blonde-haired, blue-eyed young man in his late-20s. At this particular time of the year, as Carnival approached, it was no surprise that I had been receiving tons of requests from couch surfers desperate for somewhere to stay. They all wanted to come to Trinidad to enjoy our festival of beads, shaking hips and bass-driven, island-flavored music, but finding a hotel during the carnival season is hard and very expensive. I had always felt it my civic duty to welcome everyone to my beautiful island home, to give them the real “Trini” experience. I felt no different towards him, regardless of his skin color.“You can definitely crash at my place,” I wrote him in a quick response. Shortly after, I received a friend request from him on Facebook.  We exchanged excited messages about what to expect during Carnival; the scantily costumed women, how to best prepare for the blazing sun and over-consumption of rum, what beach to go to after the festivities to “cool down,” etc. We planned to rent a car together and even try to “masquerade” in the same band, “jamming down de road” together.Then I decided to browse through his profile pictures.

Click: –With that final click, my brain and all of the thoughts therein flatlined. As I stared at the brightly lit screen, what stared back took a moment to register. It took a moment because my mind had to process the resurfaced feelings of hurt, resentment, anger and disbelief. All of the feelings that had just been simmering in the absence of “whiteness.”Seated, smiling proudly, wearing a yellow “Fresh Prince” shirt and a baseball cap, covered completely in brown paint was my newfound couch-surfing friend. He was wearing Blackface. And no, that was not enough to offend me. But the conversation next to it was.“R U now black? LOL,” his friend commented.“Only on a full moon,” he said in response.“Yukkkk lol,” his friend added.“From head to toe and EVERYWHERE in between,” he said to end the dialogue.This, of course, is all fun and games, an innocent joke to him. I wanted to engage him in some kind of discourse. Explain the history of Blackface, how hurtful and ignorant his public conversation about black people was, remind him that he is coming to a country full of such people — colored from head to toe and everywhere in between, except we must face the realities of what that means EVERY DAY, not only on full moons.This “joke” is just another one of the many insensitivities I will be made audience to as a woman of color. I understand that, no matter how well-researched or statistically supported my argument, it will be met with dismissal, rebuttal or reproach. My voice does not speak truth; my truth is contrived, “whiny,” dated. If I could respond to my best friend today, I would tell him that I distance myself from white people because I am tired — tired of being transparent, unseen and unheard, and then dismissed — not because I am racist.And yet, some part of me begs to be acknowledged. That side of me is an addictive, stubborn personality, desperately holding on to the hope that one day someone will listen, someone will understand.  It is she who still copied and pasted the history of Blackface from Wikipedia to a Facebook message in response to that couch surfer’s request and hit “SEND.”

Tiffanie Drayton is a freelance writer focusing in race and gender issues and a proud New School University Alumna. Follow her on twitter @draytontiffanie.As published in: www.thefrisky.com/2014-01-16/the-soapbox-on-blackface-white-privilege-why-distancing-myself-from-white-people-doesnt-make-me-racist/ 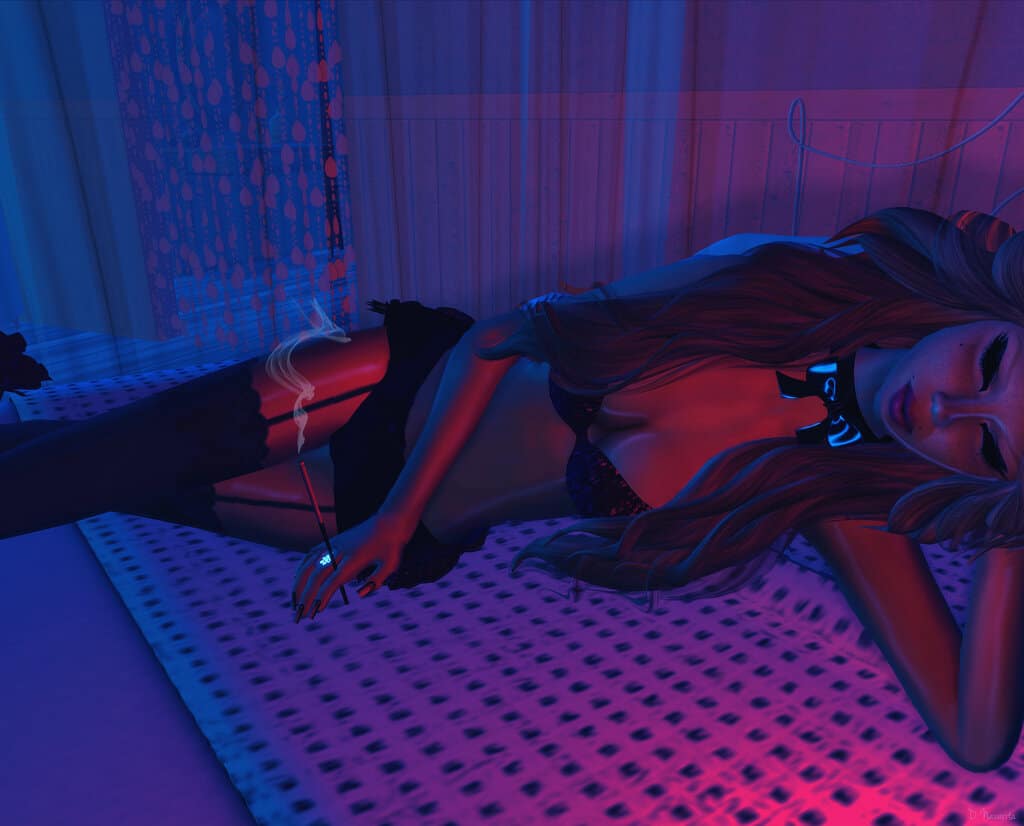 Race & Sex: What Online Prostitution Taught Me About Racism 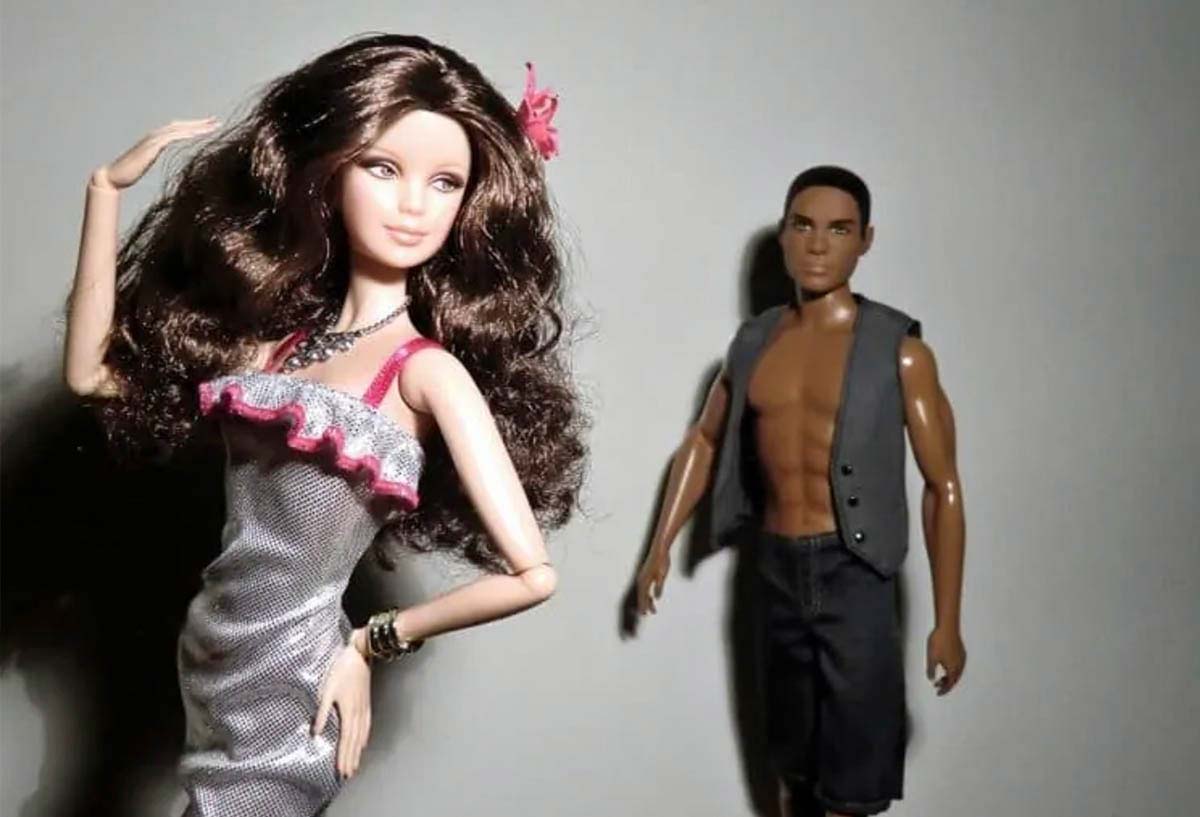