I think if you sit in an English class long enough, you might get the mistaken belief that writers actually know what they’re talking about. I do not mean this in a pejorative way, but more to say that the act of writing a story is much less a science and more of an artistic endeavor that requires a certain amount of intuition and a lot of hard work. Part of what makes writing so difficult is how culture and context can warp and define perceptions surrounding the aesthetic value placed on a piece of writing.

By way of example, Moby Dick by Herman Melville is now considered a masterpiece of the American Romantic movement. However, upon its release in 1851, it was little more than a forgotten novel that sold only 3,200 copies and was tossed into the peripheries of history.

It was not until the 1920s when modernist writers brought this book out of irrelevance and into the literary spotlight. A similar thing happened with The Life and Opinions of Tristram Shandy, Gentleman (1759-1767), which used many the styles we would now call Postmodern. Literary strength and merit are separate from literary trends.

Jumping out of the deep past and into late November of 2020, when Covid-19 raged over America, and a fascist threw a temper tantrum over losing an election, a writer named Ocean Vuong created a series of Instagram posts that had the literary world harassing him on Twitter.

Was he secretly a supervillain? A member of the Alt-right? No. He simply expressed his opinions on metaphors, and the whole literary world lost it—sort of. I’ll get back to that.

Who is Ocean Vuong?

Among many things, Ocean Vuong is a poet who moved to America from Vietnam at the age of two and grew up in Hartford, Connecticut. He now teaches poetry at the University of Massachusetts Amherst in its MFA program. He won the Whiting Award in 2016, the T.S. Eliot Prize for Poetry in 2017, and a MacArthur Genius Grant in 2019 worth $625,000 over a period of five years, no small feat for a man who is only 32.

He is most known for his 2016 book of poetry Night sky with Exit Wounds and his 2019 novel On Earth We Were Briefly Gorgeous, which is soon to be adapted for a movie by A24.

Like many writers, Vuong has social media accounts where he posts about his life, nature scenes from western Massachusetts, where he resides, and the occasional plug for any new updates on his writing.

Ocean Vuong sometimes hosts Q&As. During one of these a few months back, an attendee asked, “How do you make sure metaphors have real depth?” In a brave and unusual move, he responded. In-depth.

The complete series of posts can be found here. The gist of these posts is centered around Ocean Vuong’s definitions of metaphor and the criteria for a strong metaphor as opposed to a weak one. In Vuong’s view, these are related to compelling sensory details and a strong transformative element.

For me, coming from high school and college literature classes, a respected writer talking about the craft of writing as a set of tools feels like a breath of fresh air. I may have personal disagreements about certain definitions, like if weak metaphors are actually “weak,” but I do think Vuong makes several strong points regarding the effect of a transformative element.

For instance, T.S. Eliott, ended his famous poem The Hollow Men—a poem with strong apocalyptic imagery and themes—with the lines:

Not with a bang but a whimper.

When combined with the sensory details in the rest of the poem, these four lines serve to transform the poem in a way that elevates the original meaning by turning the apocalypse, a seemingly grandiose event, into a quiet, pathetic whimper, combining the sensory details that mentioned before that moment.

In his Instagram post, Vuong raises the same concept, referring to a line by Eduardo C. Corral:

The analysis is poignant, however, his willingness to share his thoughts with 100k followers on social media is especially noteworthy. Some, like me, reacted with admiration. Others, not so much.

Some prominent writers took to Twitter to lampoon Vuong over a minor technicality regarding the metaphors he used as examples.

Like the quote from Corral’s poem, Vuong’s examples of a metaphor used the structure of “blank is like blank,” a form more commonly referred to as a simile. On some minor “gotcha!” level, it is true the structure he refers to is technically a simile. However, Vuong made a post immediately after his analysis of metaphor, where he stated:

The prior examples are technically similes, but I believe similes reside under the umbrella of metaphor…however, I think something happens in the act of reading wherein we collapse the “bridge”, and the mind automatically forges the synergy between two images, so that all similes, once read, “act” like metaphors in the mind.

It’s possible to pick apart the semantics and say that this is not a metaphor, but it misses Vuong’s more important point which purports that metaphors, as they operate in writing, are more a matter of meaning and feeling rather than technicality. Seeing these Instagram posts and asserting that Vuong does not understand metaphors is sloppy, not to mention willfully ignorant.

Here’s where I come clean and say I did not have a Twitter account when I first read Ocean Vuong’s Instagram Post. I thought it was a cool theory from a poet I liked that deserved to be taken seriously, especially for a potential young writer at the beginning of their journey.

However, when I began working on this article, I discovered the “metaphor gate” controversy had slipped past my radar. Numerous helpful sources were discussing the controversy, but a lot of the posts made at the time have disappeared into the black hole of Twitter. What is apparent is that even people who were following the controversy had trouble understanding what was going on.

Disregarding the noise, Ocean Vuong is still one of my favorite living writers. I welcome others to follow his example by posting their own thoughts on literary theory. It’s not easy to do, it’s a risk. Nevertheless, sharing can enable us to penetrate an art form that has a strong array of established gatekeepers. Writing can and should belong to all of us. Until it does, we must avoid letting fake controversy poison our minds. 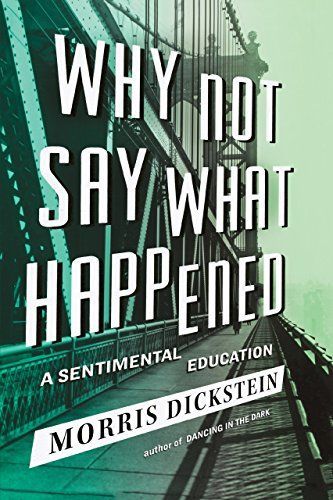 Although many other chronicles have reduced these decades to the cliched dichotomy of “conformist” vs. “radical” or “square” vs. “hip,” Dickstein’s restrained, modest, and tasteful memoir offers the middle way.