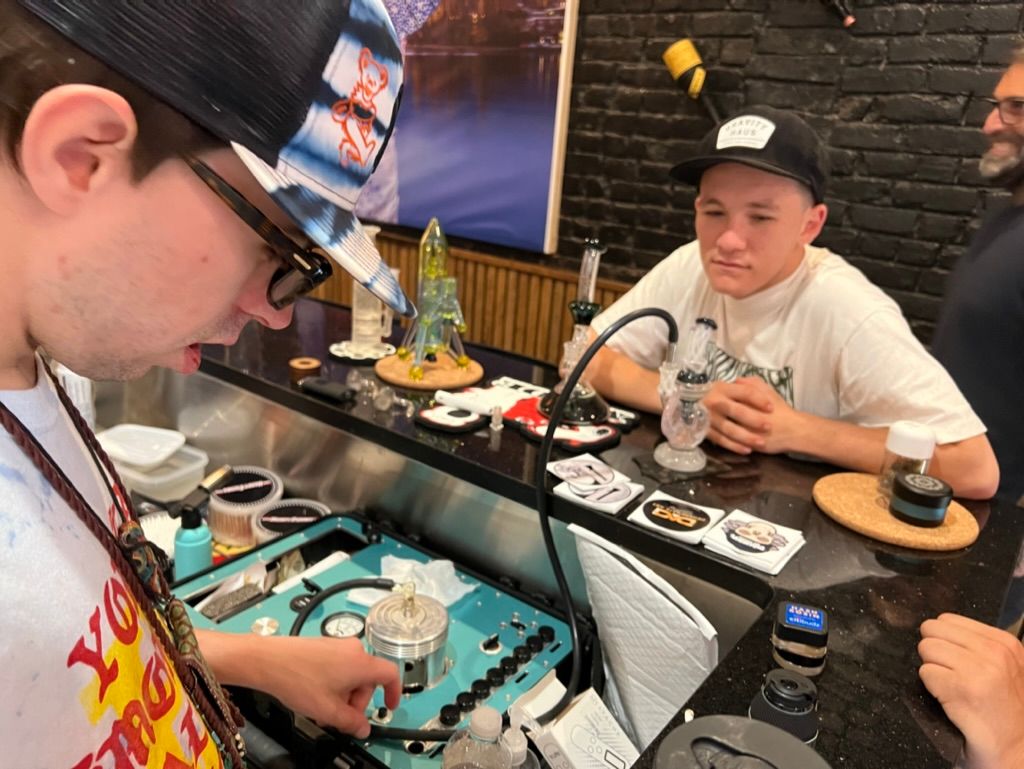 Sushi, hash, and artisanal glass were celebrated at Night of Terps, organized by l.e.sesh and Degenerate Art Gallery at the Lower East Side's Unique Omakase restaurant.

Oooooooooh I was excited about this one. Sushi, hash, and fancy glass at the Lower East Side restaurant Unique Omakase, by way of an event dubbed “Night of Terps” organized by the l.e.sesh crew and Degenerate Art Gallery, and spotlighting the latter's pieces as well as Indux Labs and Dead Ass Rosin. From the moment my friend Keatee (@indacloudz710) told me about the idea I was 100% into it. An event where collectors can gather, meet, and smoke hash out of beautiful pipes, paired with some very nice sushi - an omakase or “Chef’s Selection” to be exact. Until this point I have been to pretty much every type of cannabis event: from trade shows to fancy clubs and everything between. I've even been to events at restaurants (check out the Smoke Signals article for more on that) that have been awesome, but nothing with glass. I was very, very curious to see how this event would play out!

The Art Of Glass

Here's some background for you: I am a big fan of glass. I really don't know too much about glassblowing, but I sure do appreciate a beautiful piece of functional art more so than painting or a sculpture. I started getting into glass during my time in Boston. My friends up there showed me a couple of shops that sell scientific and "heady" glass (a term used to describe one-of-a-kind artist made pieces as opposed to mass produced glass often found at most local smoke shops). After that I fell down the rabbit hole and quickly started finding tons of more artists and shops. Unfortunately most of these shops are very far apart. What I surmised from my research from afar is that there are glass community "hotspots" around the country in places such as California, Colorado, Maine and Philadelphia, where lots of cool events happen, but you don't really see much going on in other cities. Most events are usually associated with artists releasing/auctioning pieces. Because of this, the omakase event felt like a new frontier in this space and I was excited to see how the community would react.

Night of Terps at Unique Omakase: Hash And Glass For All

The event was held at Unique Omakase restaurant. I had already been to the restaurant once with Kaetee, so I knew what to expect in terms of layout and food. When I got there I realized I was the vanguard to the set up crew. Just after I arrived, Max, owner of the art gallery Degenerate Art (@degenerateartnyc), stepped in with his suitcases of pipes. Behind him came the Ganjier Aydin (@aydinmayers), and just after him came writer and Indux Labs (@induxlabs) representative Tyler (@terrapinterpenes) (See more on the Indux below!). The restaurant is composed of one large railway style room with a large bar dividing the room between the kitchen/service area and the seating/walkway. At the back of the room there is a door that leads to a covered patio area complete with some tables, chairs, and a couch.

The patio area was for flower consumption. There were flower pipes available for use, specifically some of the coolest Swiss Perc pipes I have ever seen. Aydin also situated himself here, rolled hashish joints all night and spoke about hashish. He acted almost as the outdoor host, greeting everyone as they came in both with a hello and the current joint being smoked. There were two seatings for the night, 5PM and 7PM, it was encouraged to come early/stay after your meal to mingle with guests. The patio area served as the place for everyone to gather and hang. I also found myself here most of the night.

Inside was where all of the hash smoking and omakase eating was happening. Max set up some incredible pipes for use on the table. The Indux was set up behind the bar with Tyler doling out dabs. The brand’s signature product is the 7TEN Battery Power Briefcase. Indux is a device that heats up the hash in a small vial-like container with a rod of quartz in the middle. The quartz spins when the user inhales causing more points of contact-  in summary, it lengthens the life of the dab and provides more consistent flavor than other methods of dabbing/melting hash. For this night, especially with the pairings of hash to food. a consistent flavor was needed! Additionally, the device can be used with glass, so guests were able to use the glass provided or their own.

At around 5:30 the first dinner seating started. Some guests had their own pipes and others had their electronic dabbing devices. One guest, Topher (@originaltopher) was a glass artist himself and brought a few of the pieces he made! The sushi chef explained all of the courses the guests were being served, while every fourth dish, a quarter gram dab was given to each diner. Kaetee and Tyler described the hash and terpene profiles to the guests. The dabs were either taken from their own pipe or one of the pipes provided by the organizers.

Back outside on the patio, the Ganjier Aydin was educating and trading stories with a growing, captivated crowd about hashish and other cannabis adventures. In the time I was gone, someone had set up a phone stand so people could record themselves taking rips out of the Swiss Perc bongs. I also noticed the pile of Pelican cases growing bigger and bigger: more and more guests were showing up.

Night of Terps Second Seating: Dabbing With The Homies

By 7PM, the first set of diners finished their meals and the second set of diners took their place.  There was also a new set of rigs on the dinner table. By now everyone was friends: the conversation was flowing, new connections were being made - it was a really nice vibe.  Topher the glass artist actually sold one of the custom pieces he brought with him to another guest! The best part was he let us all try it after he christened it with the first dab!

Between meals, I asked guests about their experience.

Graf (@blowdownsmoke), who made the trip from New Jersey said, "It was really fun! I got to have a great dinner and smoke great hash. I saw some friends but also met a lot of new homies."

What Did The Organizers Say About Night of Terps?

Toward the end of the second dinner I looked inside and it had completely hazed out, all from hash smoking. It was really a sight to behold. Every once in a while one of the organizers would come outside for a little smoke break.

When I asked Tyler about the event and how he got involved with Indux, he said:

“When I was in San Francisco, I was invited to a yacht party. Before we set off, someone showed me how to use the Indux and I quickly got the hang of it. It turns out that was the founder of Indux and he asked me to demo it at the yacht party. After that day I became a representative for the brand."

Regarding the event, he added: "It's awesome. It's busy, but I am used to it; I'm a budtender. It's really cool to see people making a night out of education-forward cannabis."

I do agree with Tyler. The audience skewed a little younger with this event than your average cannabis community gathering, and I know for a fact there is a lot of misinformation about hash out there. It was great to see the event organizers explaining to everyone what they were consuming. Hash is really expensive in this city for some reason (well, many reasons but that's for another article), so it is important that consumers are educated and informed so they don't get ripped off. I also liked how the organizers chose to spotlight a New York-based hash processor, Dead Ass Rosin. They successfully educated the audience and showcased quality New York product.

"I was inspired by the Cosmic Supper Club," said Kaetee during one of his little breaks. "I wanted to bring that to the East Coast, a space for glass collectors to connect - where passionate people can meet other passionate people." I think they accomplished this, as I've never seen so many people and glass together that wasn't inside of a gallery.

The passion is clearly seen through the organizers as well. Sam (@sammysacrilege), one of the event’s hosts and a self-described weed nerd, gushed, "I envisioned people sitting at the sushi bar with their friends and heady pipes, enjoying sushi. It's exactly what I imagined: Everyone here brought their own rigs, everyone's here to enjoy the flavor of the sushi with the terpenes of the hash. It's an awesome experience to show that my friends and I curated this amazing thing."

Why Is Night of Terps Special?

By now the second dinner was wrapping up and some of the pipes were starting to be stowed. Max, the owner of all of the beautiful pipes that were provided for the night, was hustling the whole event, but I was able to catch him for a hot second as he was putting away a pipe resembling a spaceship. I asked what he thought about the evening and people he didn't know until today using his pieces.

"It was a great event," he stated with a smile. "I have these pipes but you have to share them with the homies, with people who appreciate this type of stuff."

That is what made this event for me. Yes, the cool glass is there and the sushi is there, but what's the point if you and the company around you aren't open? It would have been a pretty sterile event if everyone just came in with their own pipes and sat down for their dinner. It would have been a solitary dinner with dabs, which we can all do at home. The organizers created an environment for everyone to feel comfortable in, a place where you didn't feel weird about asking to look at someone's pipe, or use the pipes provided by Max. At one point there was a collective effort by the guests to clean all of the patio pipes between dinners. It was really cool to see that camaraderie develop in the matter of 90 minutes.

Even guests who haven't taken part in anything like that before enjoyed themselves:

“I'm blown away, I’ve never seen or done anything like this before,” said Chef Adam, a local enthusiast, with an almost bewildered face. "I had a great time today, I'm really excited for what these guys will do in the future!"

What's Next For The Night of Terps Organizers?

What is next for these guys? They have lots of stuff in the works, including more omakase seatings, a movie theater takeover, and something special coming up in January, just to name a few! Make sure and follow @l.e.sesh on Instagram and the other handles below to stay up to date! 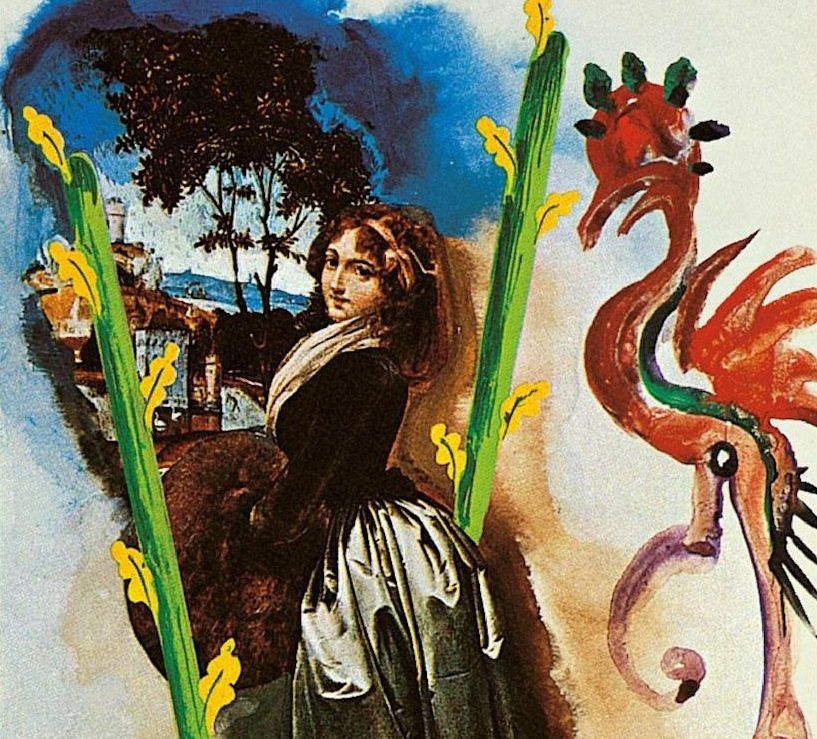 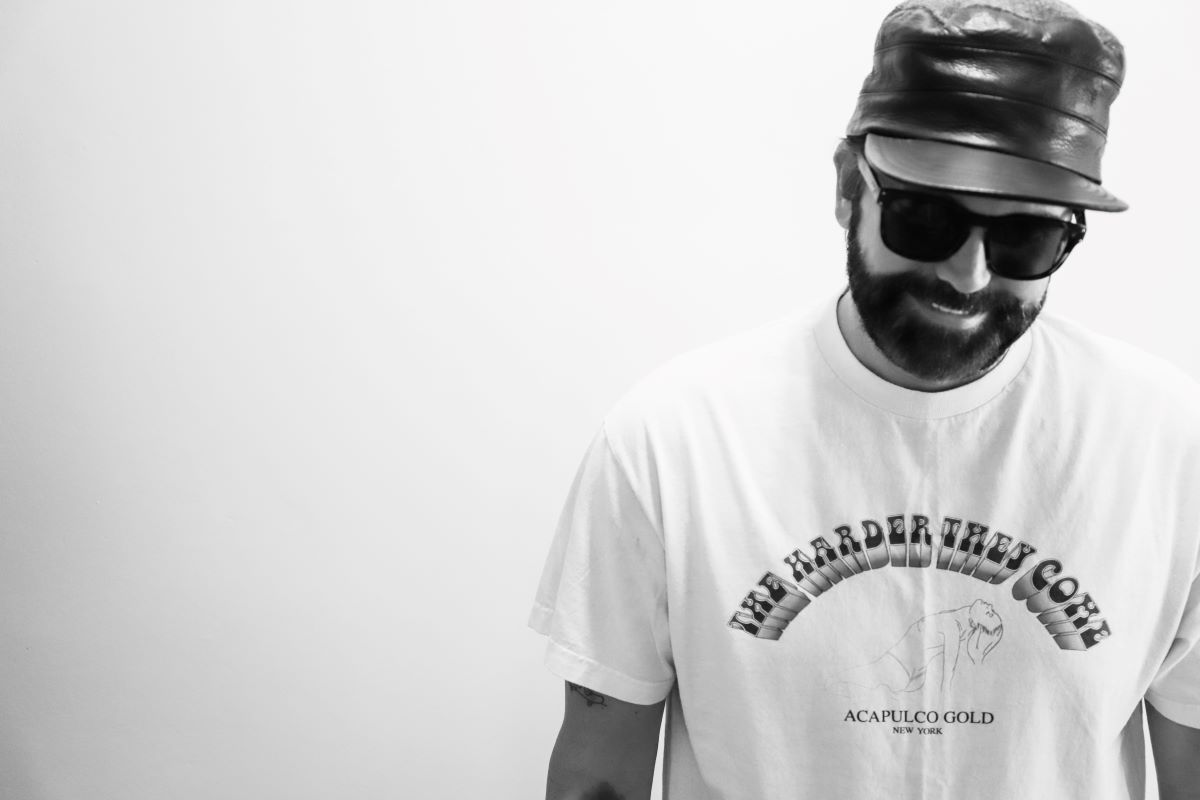