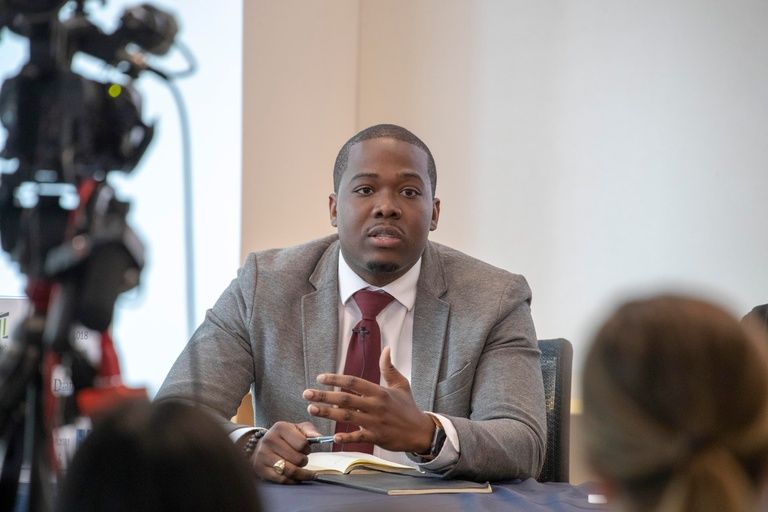 a year ago by Jaime Lubin • 3 min read

Governor Kathy Hochul and the New York state legislature have confirmed Chris Alexander as Executive Director of the Office of Cannabis Management, and Tremaine Wright as its Board Chair.

After months of speculation, New York has its top cannabis regulators. This week Governor Kathy Hochul named Chris Alexander, former Policy Coordinator for the Drug Policy Alliance, to be the Executive Director of the Office of Cannabis Management. She also selected Tremaine Wright, a former New York State Assembly representative for the 56th District and currently Director of the Office of Financial Inclusion and Empowerment for the NYS Department of Financial Services, as Chair of the Cannabis Board. The state legislature confirmed Alexander and Wright’s appointments on Wednesday evening; together, they will run the newly-created Office of Cannabis Management.

With the appointment, Wright becomes one of only a small number of Black women to hold a position in cannabis regulatory oversight leadership for a governmental organization. She has had a long history of fighting for cannabis legalization in New York.

Alexander, presently the government relations and policy director for Vill LLC, a multi-state cannabis operator based in Canada, was also an Associate Counsel in the New York State Senate. He brings enormous experience to the role of Executive Director.

The choice of both Alexander and Wright proves New York’s commitment to the social equity opportunities promised by the sweeping Marijuana and Regulation Tax Act (MRTA), passed in March 2021. While cannabis advocates pushed for regulators to be confirmed shortly after the Act’s passage, the process was stalled due to former Governor Andrew Cuomo’s lack of enthusiasm for the program. Governor Hochul, however, has clearly made cannabis a priority, as she referenced the need to “make up for lost time” in her statement about the legislature’s special session regarding the appointments.

Meanwhile, those working in the cannabis industry and on behalf of restorative justice are thrilled with the announcements. Kassandra Frederique, Executive Director of the Drug Policy Alliance, said the organization “applaud[s]” the selections of Alexander and Wright: “They both understand the deep harm that criminalization has caused to individuals and communities – especially communities of color – across the state. Their past work has reflected a commitment to working with people who have been directly impacted by Prohibition and demonstrated a belief in evidence-based policies that center equity and justice.”

Green Market Report notes that Alexander has been championing the importance of developing the MRTA’s social equity program for months. At a webinar in May, he stated, “What we have in terms of our social economic equity program is really an MWBE [Minority and Women-Owned Business Enterprise] program on steroids, essentially, where we’re really trying to target the folks who want to access the market. That includes people who have been impacted by Prohibition, that includes people who live in communities that have been over-policed. For marijuana possession offenses, that includes… social and economically disadvantaged farmers who are struggling to keep… products flowing and keep their industry alive.”

The Office of Cannabis Management will ensure that New York’s policies will benefit marginalized communities disproportionately affected by the War on Drugs, primarily through the goal of reinvesting 40 percent of sales tax on cannabis products as directed under the MRTA. Additionally, the board will approve and oversee licensing of growers in the state, as well as regulating cannabis retail sales.

Though Wright predicted to Gothamist that New Yorkers won’t be able to purchase legal cannabis for at least another three months, she refused to commit to any hard timeline until she begins working with Alexander and the board. “This is truly collaborative,” she commented. “We are all going to end up working together.”