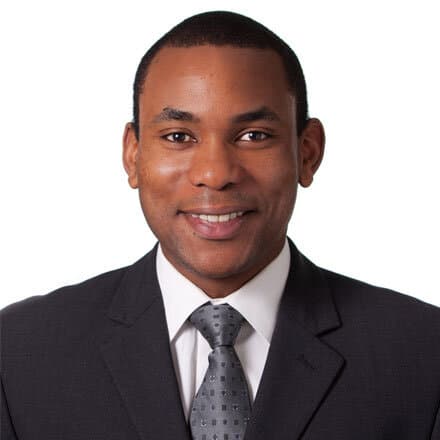 Founded in Denver in 2014, Women Grow is a national organization that serves as a catalyst for women to influence and succeed in the cannabis industry.

When we attended the Women Grow Leadership Summit in Denver earlier this month, we were once again impressed with the tight-knit community and good people in Cannabis.

While the yearly conference is designed to promote women in leadership positions within the industry, there were plenty of men there as well to comment on new developments. Among them, John Kagia, Executive Vice President of Industry Analytics for data analytics company New Frontier.

New Frontier, also founded in 2014, was a key partner at this year’s summit. Its CEO, Giadha Aguirre De Carcer, was a prominent speaker and both organizations are committed to diversity; they even teamed up to create the cannabis industry’s first-ever Big Data Diversity Report.

Kagia, a Kenyan native and market research expert who has worked for clients including Microsoft and the U.S. State Department, famously met De Carcer while watching the World Cup at a bar in Washington, D.C., where New Frontier is now headquartered. They started speaking about De Carcer’s plans to start a data company in the cannabis industry, and spent the next few hours “geeking out.” Four years and over 60 countries’ worth of networks later, to quote Kagia, “the rest is history.”

For Kagia, diversity – a major component of New Frontier’s operation – has always been of the utmost importance in business. In fact, he caught our attention at the summit by noting that when he first entered the cannabis industry, he discovered that nobody looked like him.

Diversity continues to be a huge issue within the cannabis communities, as black men are four times as likely to be arrested for consumption over their white counterparts, who smoke the same amount. Minority consumers and industry insiders don’t want to see this pattern repeated in the lack of opportunity being offered to minorities. “Why should they be in the prisons,” many are asking now, “but not above the line?”

We were eager for Kagia to shed some light on these vital subjects. He sat down with us amid his busy schedule to give us his take.

HONEYSUCKLE: You’ve mentioned that when you entered the cannabis space, a lot of people didn’t look like you. What is your opinion on the lack of diversity in the industry? Do you feel there’s an injustice being done?

JOHN KAGIA (JK): The longer I’ve been in the industry, the more acutely I’ve come to appreciate the severe cascading effect and the inequity with which cannabis is being produced. There aren’t a lot of people of color in the space, and there certainly aren’t many who have had the opportunity to get the kind of exposure I’ve had. And I don’t think that’s just because of the legacy of incarceration. I think that there have been broader structural issues that led to this disparity. People ask why, at so many cannabis events, I’m generally the only executive of color. Part of it is unconscious. It’s really important that I challenge the perspectives and assumptions about what a young black man in cannabis can do… what a black man in cannabis looks like. I have no illusions that I have been extraordinarily privileged to have both the opportunities that I’ve had in the workplace, as well as the good fortune not to have had to have gone through the crucible of the U.S. justice system as regards cannabis.I do hope that through my work, through my presentation of the industry, I can challenge the way people think about how prohibition is impacted and used, in particular spark some thinking about why there is the need for some urgency in getting laws passed, but also get them to rethink what the opportunity could be to hire people like me across the board. Then that would be a profound added bonus of getting to do this. And just by my nature and my general conservatism, I’m not going to be that person front and center shaking an angry fist in front of the White House. But I think we all have our parts to play, and we play our parts according to the talents we’ve been given.

HONEYSUCKLE: Do you implement a diversity program (like the hemp development/extraction company Isodiol) that’s engineered to employ people of color across all hiring levels?

JK: Not formally, but as a company we are so diverse. If you look at a picture of the team [which he affectionately referred to as the United Colors of Benetton], you can see we have virtually every ethnicity. We have Chinese [staff members]. I’m African; we have many African-Americans. So it’s a phenomenally diverse team, but I don’t think we consciously or proactively went looking for that, versus just having actually attracted people to the team who were aligned on the business side [and] in terms of the technical conversation we wanted to build. And that ultimately, without any formal targets in mind, organically led to what I think is one of the most diverse teams in the district.

HONEYSUCKLE: How does your unique focus on social justice translate to dollars and cents for the company?

JK: Good question. Well, maybe the ways in which it translates to dollars and cents is because of the diversity of the team. We interact and connect with a fairly diverse segment of the industry, and so in that respect when people are looking for the types of services we provide, we have the support of [a wider range of associates]. But one of the great assets of diversity is that it enriches our thinking and the work that we’re doing, and I think that is one of the things our clients get a lot of value out of, our ability to tell a compelling story based on the data that we have overlaid against our very diverse business professional experience. And overlaid, I guess, with our life experience. And so when we’re talking to lawmakers in the White House and Capitol Hill, talking to policy makers and regulators within the states, or when we are talking to businesses who are trying to find innovative ways of targeting the market and we’re able to marry or leverage our diversity that enhances the answers for our clients, and I think in the long term that’s going to be great.

HONEYSUCKLE: Do you find that gives you an edge? How does that “look, feel, smell, taste” day-to-day in the industry?

JK: In two ways I think it’s manifested itself very clearly. One is internal to the organization, debating issues related to both business and policy. Having diverse perspectives and experiences means it’s a much richer conversation at the end of the day. Not just talking about our own personal experiences with cannabis, but also our experiences with the communities that we’re from, helps collectively give the organization a much richer understanding of what this evolution of cannabis from illegal to medical to adult use looks like.Second, when we’re out in the field in the industry, it makes it possible for us to connect with and speak with a much more diverse portfolio of stakeholders in the space, whether it’s women or minorities, whether it’s Republicans! We’ve got Republicans and conservatives on the team. It just means that we’re able to represent the company in a resonant way and to stakeholders across the country.

HONEYSUCKLE: How does the United States compare to other countries in terms of cannabis policy and stance? Is the U.S. much more conservative in general?

JK: The U.S. legacy of aggressively targeting cannabis and cannabis users is quite different from anything Europeans have done. Europeans generally haven’t adopted a harsh law-enforcement-based structure for prohibition. So even though it is not legal in Europe, they’ve adopted a very laissez-faire attitude toward it. That said, nobody in Europe has come close to advancing the legal market like the U.S. The U.S. really is a legal market leader in that respect. Though punitive enforcement has been bad in the U.S., there’s no comparison to enforcement in Asia and Latin America. That has been pretty harsh. To this day [in those regions] you tend to see penalties and punishments that are associated with murderers, being associated with cannabis and stoners. So I guess we’re in the middle straddling Europe and Asia in terms of our approach to prohibition, but in terms of legalization and allowing adults to use it legally, we are ahead of the game.[New Frontier has] seen over the past 8-12 months a surprising increase in the number of inquiries we’ve received from international clients. But principally the clients are coming from the U.S., and that’s because the markets are all here. There’s a lot of money being made. A lot of forward-thinking investors are looking at the international markets and wanting to get in on the ground floor, particularly those who missed the opportunity here. But the U.S. is currently our biggest client base.

HONEYSUCKLE: Where do you see New Frontier headed? You’re already in over 60 countries!

JK: At this point, just keeping up with the pace of change in the industry is profoundly exciting and we think that’ll keep us busy for the next years very, very easily. With every new country that begins to have a robust change in its laws, for every U.S. state that begins to look at this issue seriously, for every investor who has been playing markets for years, this can be a real opportunity. We can be the guides, the educators and the clarifiers as to what legal cannabis represents in opportunities and industry. And as a catalyst for economic transformation of course.Maybe I’ll say one more thing about diversity and why I believe it’s really important for cannabis to have this conversation now. It’s a young and very fast-growing industry. Our view is that the culture and ecosystem of today will define the industry of tomorrow. By proactively engaging this issue, ensuring that businesses are aware of the economic value of having a diverse staff, that it actually improves your bottom line, will plant the seed that 15-20 years from now, the cannabis industry is transformative in the way that things are done and can be a leading symbol for the rest of the economy of the power of harnessing a diverse workforce.

HONEYSUCKLE: We’ve heard you identify as an artist. How does that fit into your life in the cannabis space?

JK: I’m a photographer by passion, and it’s a bit of an excessive passion. But it’s something I discovered [when] I was in my mid-twenties, and I picked up and began experimenting with a camera for the first time. Almost overnight I began to be someone who never leaves home without their camera, and last year I shot about 10-15,000 images. And it’s been a wonderful balance to the cerebral nature of my day job. Through my photography work I ended up getting involved with an art space for a while. 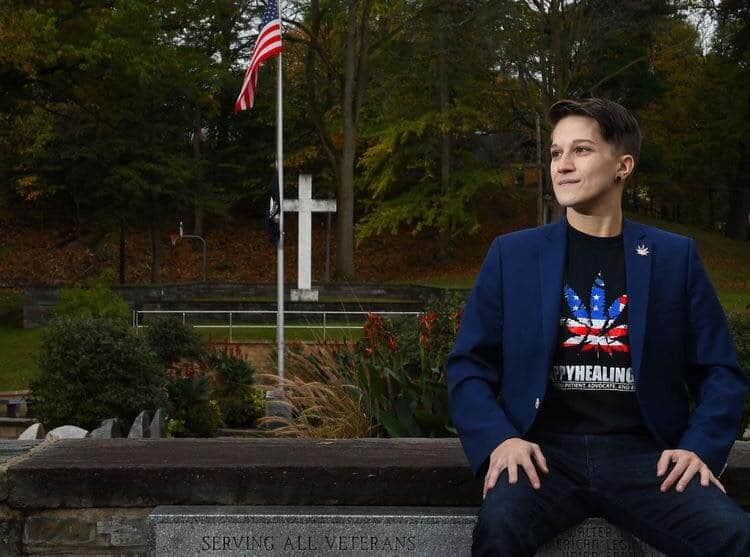 RETRO: Going to Meet the Man 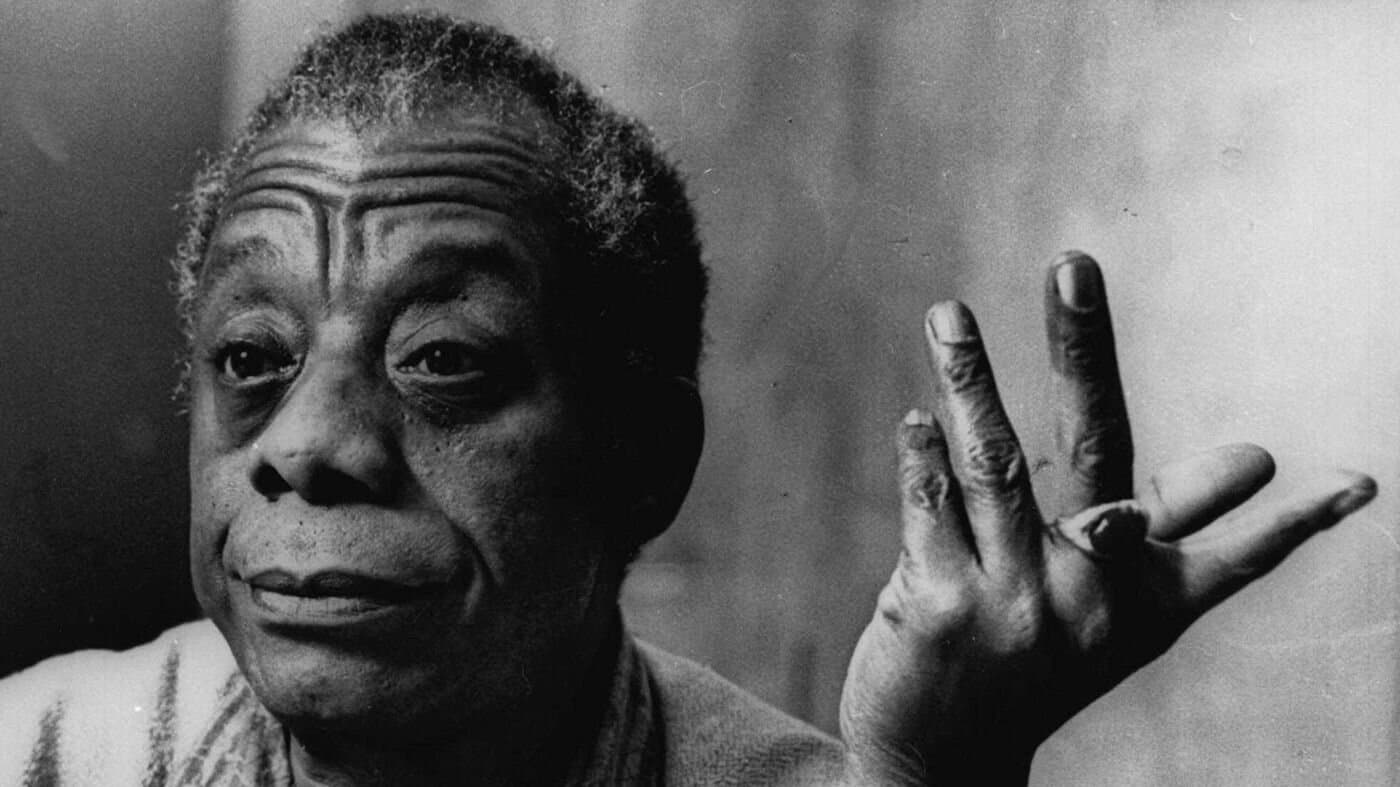