Idris Elba and Caleb McLaughlin star in a drama that explores gentrification's effects on semi-hidden communities.

For over a century, Black cowboy communities have existed in many urban cities around America. Netflix’s recent coming-of-age film Concrete Cowboy, directed by Ricky Staub and adapted by Staub and Dan Walser from Greg Neri’s novel Ghetto Cowboy, brings us into the world of Black cowboys in Northern Philadelphia and the realities of gentrification within it. The cowboys in the story are inspired by a real Black cowboy community with a long history in Philadelphia, known as the Fletcher Street Urban Riding Club.

The story centers on the rebellious 15-year-old Cole (Caleb McLaughlin), who is unwillingly sent to Philadelphia for the summer to live with his estranged father Harp (Idris Elba) after getting expelled from his school in Detroit. In Philadelphia, Cole is introduced to the cowboy community and lifestyle that Harp is a part of. He begins to learn about working at the stables and connecting with the other riders. In the process, he forms a bond with Boo, an intimidating horse that none of the riders had been able to get close to. Cole is also reunited with his old friend Smush (Jharrel Jerome), whose involvement in drug-dealing causes conflict between Cole and Harp when the latter disapproves of their friendship.

Some of the actual Fletcher Street riders play characters in the film and their stories come from their own personal experiences. The choice to weave these real stories into the characters is admirable, as it speaks to the dedication to accurately represent the community. Ivannah-Mercedes plays a cowgirl named Esha, Cole’s friend and love interest. Another rider, Jamil Prattis, plays Paris, a paraplegic cowboy who teaches Cole about working in the stables. As first-time actors, they give excellent performances that show both a tough-love attitude and a more vulnerable side in a way that feels natural.

The main premise and conflicts of the film are nothing new. There are plenty of films about adolescents who come from a broken home and become thrust into formative experiences that allow them to find themselves. It was often easy to predict what would happen next, but the story is still nonetheless powerful.

What sets Concrete Cowboy apart is how beautifully it captures the spirit of the riders, from their passion for riding to their determination to keep their community alive. Some of the best parts of the film come from little moments that express the love and sense of community that the riders have—the cheering and clapping for Cole when he conquers the wheelbarrow, singing around the campfire, and shared laughs at the cookout.

The film’s cinematography is stunning, especially the horseriding scenes that encapsulate the beauty of the relationship between horse and rider as well as the feeling of freedom. One notable scene depicts a young boy and other passengers on a bus looking at the riders through their windows in awe as they ride past on their horses. It gorgeously illustrates the power of the riders and their unfaltering presence in the streets of the city, despite the challenges that they have endured.

The Struggle Against Gentrification and Redevelopment

Concrete Cowboy portrays the generational and ongoing hardships cowboy societies face regarding gentrification and urban redevelopment. Over the years, their stables have been sold and destroyed by the city to build housing and shops, forcing them to find new places for their horses. Right now, the city of Philadelphia is still developing on Fletcher Street land, as the film states at the end. More than just a battle over land and property, the riders are trying to preserve their culture and community. At least on the screen, thanks to Concrete Cowboy, they have kept a slice of that life intact. 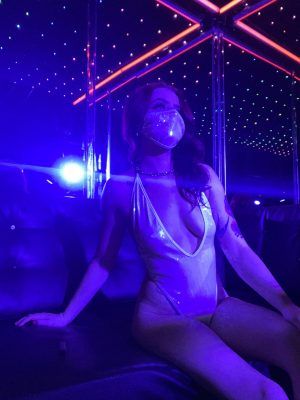 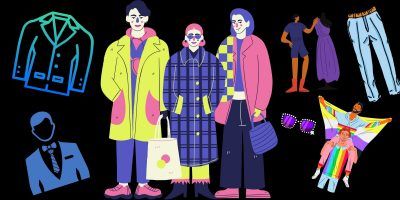