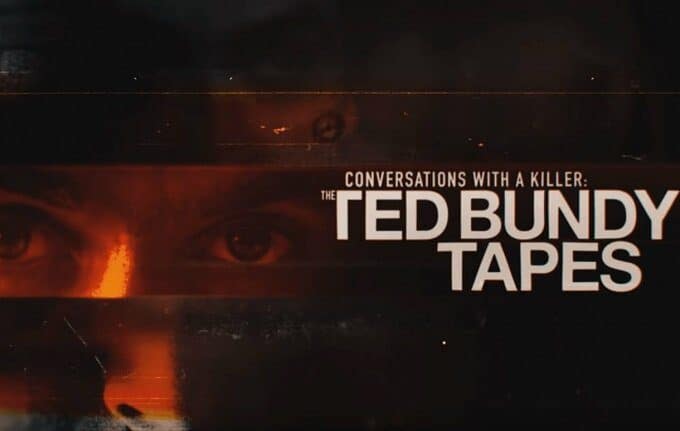 What The Ted Bundy Tapes does highlight is how totally unprepared law enforcement were when confronted with a serial killer.

The 70s was a decade of excess – the birth of disco, political upheaval and sadly a lot of serial killers. The Hillside Strangler, Son of Sam, Zodiac, John Wayne Gacy, and Jeffrey Dahmer to name just a few. But there was one serial killer that altered the way we would view murderers forever after: Ted Bundy.

Bundy was truly a game-changer; the term “serial killer” itself wasn’t widely known or used at the time of his crimes. Bundy defied society’s idea of a murderer. He was intelligent, good looking, articulate and generally well-liked.

No one who knew Ted could believe he was capable of the crimes he was first charged with in 1975. They had no idea what this man was capable of. His charm fooled everyone.

In the Netflix docuseries Conversations with a Killer: The Ted Bundy Tapes, four episodes span from Bundy’s childhood to his eventual death by electric chair. While most are familiar with his name, perhaps not everyone is aware of his extreme narcissism, which is on full display throughout. Ted Bundy was able to manipulate people so well he even elicited a compassionate and fairly mind blowing statement from the judge who sentenced him in court.

Netflix has carved out a great niche for itself in terms of true crime documentaries. A lot of which make us question the guilt or innocence of someone, or highlight a miscarriage of justice.

However, none of that is to be found here. We know Bundy is guilty. What people might not know is that he escaped custody twice and it was during one of his escapes that he carried out his most ambitious and atrocious attacks. In the early hours of January 15, 1978, he brutally assaulted five Florida State University students (four of them within fifteen minutes of each other) and killed a young girl in Lake City, Florida less than two weeks later.

The previously unheard tapes of Bundy were recorded in the 80s by a couple of journalists Stephen G. Michaud and Hugh Aynesworth, who were writing a book. He had promised to tell them everything, but as you can imagine he maintained his innocence and his narcissism essentially wanted a captive audience. But he wouldn’t talk about the murders.

After months of getting nowhere, Michaud had the idea that Bundy should speak in the third person. This allowed Bundy to dissociate somewhat from the crimes and he began to tell his version of what happened when he kidnapped women. Bundy had a degree in psychology and felt he had an insight into how a murderer’s mind works. He felt he could create a criminal profile of who the real killer was.

In an interview with Refinery29, the documentary’s director Joe Berlinger said, “The Netflix series is a cataloguing and deep dive into the cradle to grave of Ted Bundy, really dissecting his crimes and methodologies.”

Meanwhile, Netflix themselves tweeted a warning that “You might not want to watch it alone.”

Both statements are a tad misleading. Perhaps it’s because I’m already well acquainted with Bundy and his crimes and while we’re talking about it, Ann Rule’s book The Stranger Beside Me is an interesting read. Rule was a friend of Bundy’s; both were psychology students at the University of Washington in the early 70s. In the book you learn Rule couldn’t or wouldn’t believe her friend was guilty and you get a better sense of why people supported Bundy.

Netflix wants you to believe The Ted Bundy Tapes are nightmare fodder, but it’s not. I wouldn’t say it’s a particularly chilling watch or that the documentary shed any new light on his crimes and methodologies.

What it does highlight is how totally unprepared law enforcement were when confronted with a serial killer. Bundy eventually confessed to murdering over thirty women in seven different states, and in an era when there were no fax machines, let alone the Internet, it was a struggle to connect the missing women to one man. It’s also impossible to know for sure how many women he murdered, which is truly a tragedy.

I didn’t learn anything new from the series and found it a little underwhelming, but I’m sure that for anyone not that familiar with Bundy it will no doubt be fascinating.

Director Berlinger has also directed a biopic starring Zac Efron as Bundy called Extremely Wicked, Shockingly Evil and Vile, which has already stoked some controversy. Perhaps this portrayal of Bundy could surprise me more, but the man’s story needs no fictional exaggeration – his monstrosity was far too real.

CONVERSATIONS WITH A KILLER: THE TED BUNDY TAPES are available to watch on Netflix now. Let us know what you think of the series!