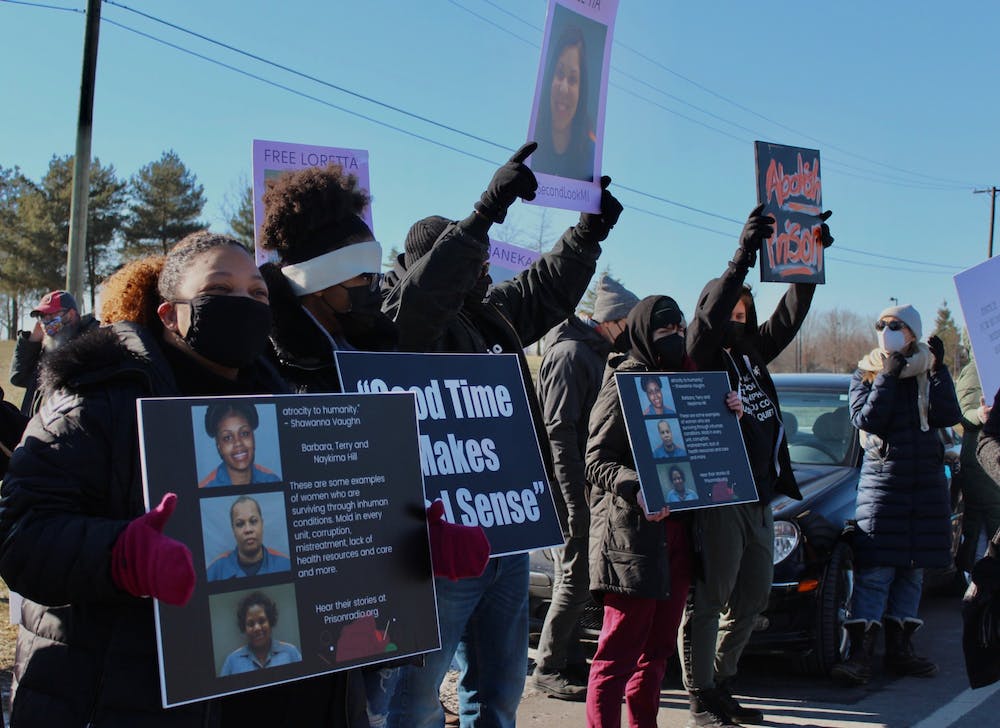 Demonstrators Continue to Sound the Alarm About Abuses at Michigan's Huron Valley Prison: "They Are Not Pieces on a Chess Board!"

The Women’s Huron Valley Correctional Facility in Ypsilanti, Michigan is a prison notorious for its abysmal living conditions, lack of medical care, and staff abuses against inmates—and now, it is becoming notorious for inmate suicides and holding onto the terminally ill, subjecting them to inadequate medical care and depriving them of the ability to be with their family in their final days. Local criminal justice advocates are standing up to bring attention to the grim facts of life at Huron Valley.

Michigan’s only women’s prison has been a problem child for nearly twenty years. Since it was built in 2005, the facility has been plagued by reports of structural issues such as leaking roofs, backed-up sewer drains and plumbing problems, and poor ventilation, all of which have led to issues with mold, mildew, asbestos, and other air quality hazards that can be detrimental to health, even causing cancer. Inmates describe mold dripping from the ceiling, and contaminated water backing up in the showers. Breathing problems such as asthma and allergies are rampant due to the poor air and water quality, according to both official reports and inmate testimonials.

The institution is also terribly overcrowded. It has a stated capacity of 1,100 inmates, but the latest census in March of this year reports that over 1,500 women are housed there. The conditions are squalid and tight. According to official reports by outside experts such as the Prison Policy Initiative, women have been housed in converted closets and office spaces, and often sleep on floors; a formerly condemned wing was reopened to house inmates, without the elements necessitating the condemnation being mitigated. There have been countless outbreaks of communicable diseases due to the overcrowding and poor conditions, including scabies and a persistent rash that has yet to be identified.

The facility has hardly any recreational space, and the inmates spend the majority of their time in lockdown, especially since COVID-19 measures were enacted to reduce contagion; however, these measures did not help. Over 1,000 women at Huron Valley have contracted COVID-19 since 2020, and the most recent death toll listed on the Michigan Department of Corrections’ website states that 159 inmates in the MDOC system have died from the virus. The total is likely much higher, considering that COVID-19 might not be listed as the cause of death on a death certificate but could be a contributing factor.

Aside from the structural problems, Huron Valley is known as a place where rape as punishment is common, and where until recently inmates were subjected to an enhanced routine strip search that involved them having to sit and spread their genitals open to allow officers to “view” if they were holding any contraband internally. The ACLU intervened and this practice has allegedly been discontinued, but the legacy lives on. Mentally-ill inmates are “hog-tied” naked to restrain them. Inmates are denied water as punishment.

There have been hundreds of reports of rape and sexual assaults made to the MDOC, but rape reporting is rare in prisons, due to the fear of retaliation and the belief that the report will not be taken seriously. The institution has been the target of numerous lawsuits for human rights violations, prison policy violations, and environmental conditions. Former prison employees report being fired as retaliation for reporting violations.

All of these issues combine to make the living conditions at the Women's Huron Valley Correctional Facility toxic, and it has long been known that these conditions are making women sick, in both body and mind. When inmates get sick, the medical care is negligent, inconsistent, and poor. Women remain untreated for chronic conditions that worsen and are exacerbated by the conditions under which they live, including the mental stress and trauma of incarceration.

It is not surprising that suicide happens in such situations. In 2015, Janika Edmond, 25, hung herself in the shower, after correctional officers placed bets on whether or not she would harm herself—and the prison had to pay $860,000 in a lawsuit stemming from that case. One woman, Natasha Roark, 39, was said to have committed suicide in 2021, though her mother asserted that it was foul play on the prison’s part. There were no more suicides listed until recently, when Shikisha Monet Tidmore, 30, took her own life on September 23, 2022, while in isolation after being segregated for an assault investigation.

These are the quick deaths. There are also slow ones from neglect and chronic illness, such as the case of Theresa Dunlap, who has been incarcerated for 46 years. Ms. Dunlap was diagnosed with terminal cancer, and unless she is awarded compassionate release, she will die behind prison walls, without her family or loved ones there. There is no reason for someone who is terminally ill as well as elderly to remain confined, as they are not a public safety threat, and have served significant sentences already. However, the law and prison policy offer no speedy or easy ways for this to happen, and compassionate release is seldom granted.

Prison abolition and reform advocates across the country have been telling the world about the terrible conditions inside prisons, sounding the call for prison closures and revamping the justice system. There have been several rallies and demonstrations at Huron Valley this year, including one on September 25, just two days after Ms. Tidmore’s death. Organizers and allies gathered at the gates of the prison, holding signs and pictures of the women they are advocating for. The attendees knelt in protest and spoke about the terrible conditions and the desperate need for the release of women such as Ms. Dunlap.

“Freedom isn't free. There has to be equality and humanity in solving suffering,” Shawanna Vaughn stated. Vaughn is the founder of Silent Cry, Inc., a New York based non-profit organization that raises awareness of post-traumatic prison disorder, prison abuses, and gun violence reduction.

These groups and the individuals which form them are sounding the call for change. Survivors Speak, founded by Ms. Trische' Duckworth;  Justus Noww; Mr. Sam Riddle, Political Director of the Michigan National Action Network; TRS with Brother Lionel Muhammad, co-founder of the Honorable Elijah Muhammad Outreach Prison Ministry; Mr. Dion Riggins El; Rising Sun Ink, founded by Mr. James "Jamo" Thomas; Michelle Pearson and Kimberly Woodson, who've been on the inside of this plantation. And, a host of others. American Friends Service Committee, a Quaker-based organization for peace and humanitarian rights, has been working with the women on creating humane conditions through the efforts of Program Director Natalie Holbrook and team members Daniel Jones, Lawanda Hollister, and Richard Griffith. Nation Outside with Statewide Director Ashley Golden has done phenomenal work on behalf of Michigan’s population to advance holistic practices for justice-impacted citizens.

What Can You Do to Help Incarcerated Women?

Incarcerated people are still human beings and all humans have basic rights, including that of health and freedom from assault and torture—and all of these rights are infringed upon daily as a matter of policy in America’s thousands of prisons and jails.

Join the fight to change the narrative of Women and Incarceration. Donate to an organization such as those listed above. Volunteer. Write to your officials on prison reconstruction.

For more information about Silent Cry Inc. and how to get involved with community advocacy, visit silentcryinc.org. 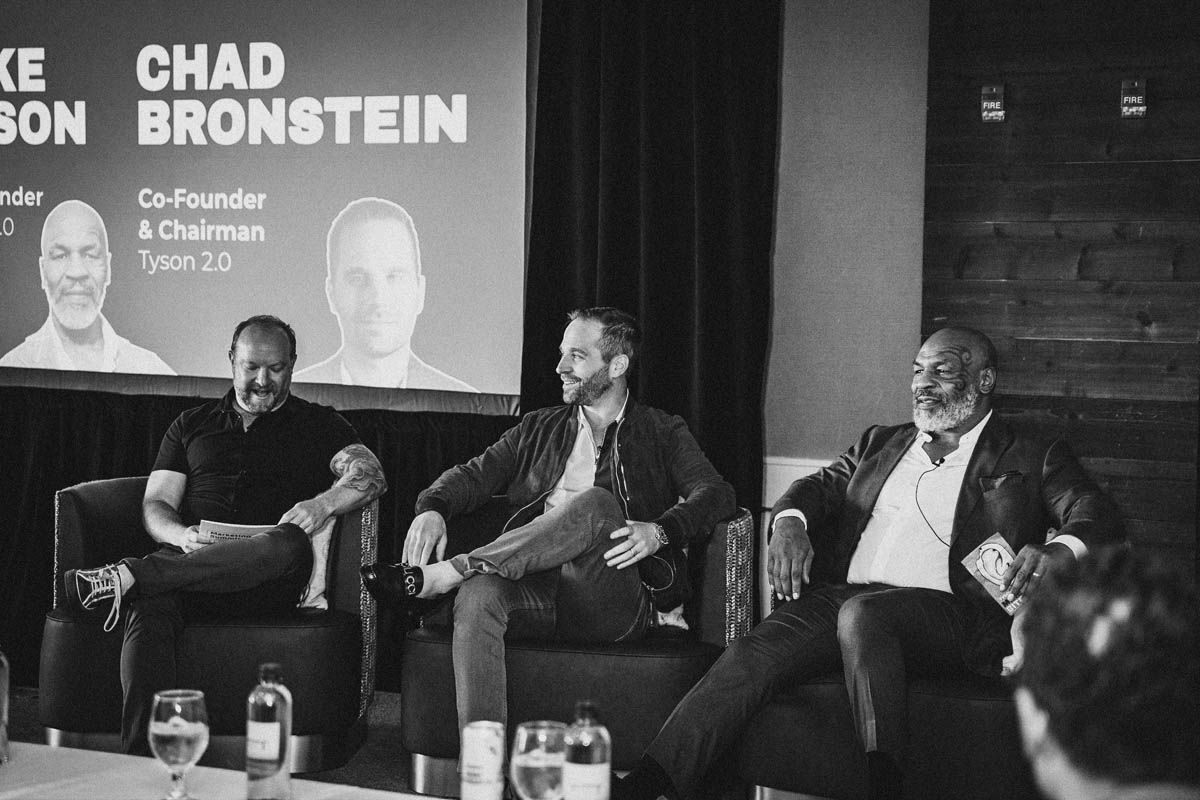 Richard DeLisi, Once The Nation's Longest-Serving Cannabis Prisoner, Now Fights For Freedom For All 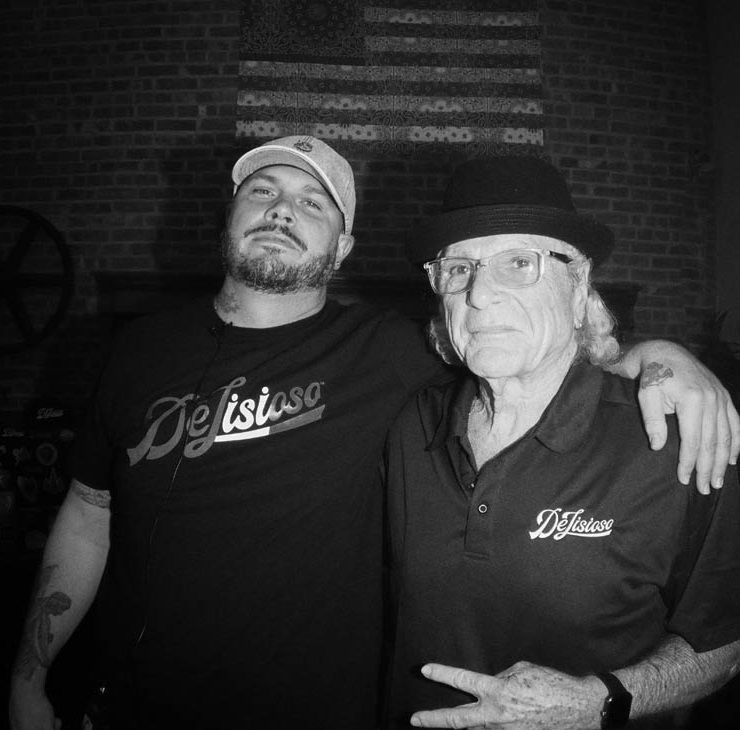