The pandemic has had devastating consequences for communities, individuals, and businesses. With infections steadily on the rise within the United States, many states have issued stay-at-home orders and hospitals are overwhelmed. Incarcerated populations have been particularly adversely affected by the pandemic.

In 1976 William Garrison was 16 years old, barely old enough to drive, when he was sentenced to life without parole for murder. In January 2020, Garrison was re-sentenced to a term of 40 to 90 years, following the 2018 U.S. Supreme Court ban on life-without-parole sentences for juveniles.

By that time, Garrison had already served more than his minimum sentence. In April, he accepted a parole officer and his release date was set for May 6. His sister, Yolanda Peterson, had agreed to house him, and both siblings looked forward to reuniting.

But Garrison never made it to his release date. He was pronounced dead on April 13, 2020 at Macomb Correctional Facility in Lenox Township, Michigan. A postmortem test confirmed he had contracted the coronavirus. His death came just 24 days before his release.

More recently on December 2, 2020, —- known as DJ, was found dead in his cell in the Gus Harrison Correctional Facility in Adrian, Michigan, from complications of coronavirus. Just three weeks earlier, DJ had returned to the facility after undergoing open heart surgery, a result of his battle with multiple sclerosis (MS). He had survived an initial contraction of the virus in April.

The tragedies of Mr. Garrison, and DJ displays Michigan’s horrific negligence of the state’s incarcerated population. A lack of PPE, an infrequency in testing, and an inability to enforce social distancing or quarantining, have put thousands of incarcerated individuals and staff at risk and enforced a cyclical spread of infection (infection can take place every 90 days).

Many individuals confined within the legal system are disproportionately vulnerable to severe reactions to COVID-19 both because of their elder status and the high rates of chronic disease within prison populations. But the inhumane-punitive nature of Michigan’s prison system, as well as prison across the country, has left incarcerated populations bearing the brunt of COVID-19 infection, with no end in sight.

As of December 7, Michigan Department of Corrections (MDOC), reported 6533 active positive tests of incarcerated individuals, 2169 among staff. Since March, 40% of people (15,757 individuals) incarcerated in Michigan prisons have tested positive for COVID-19, resulting in 91 inmate and 3 correction officer deaths.

In the case of the Gus Harrison Correctional Facility, the virus was first reported on April 7 after the introduction of a step-down unit – over 110 individuals from prisons across the state who had previously tested positive for the virus.

The Michigan Department of Corrections (MDOC) said the facility, which had no reported cases prior to the step-down population, was chosen because of its layout, with the unit (known as unit 6) located outside of the perimeter of the Gus Harrison Facility.

But such promises of separation and security from unit 6 quickly failed; within a week of the introduction of the step-down program, individuals on the southside (level I, those closest to unit 6) of the Gus Harrison facility began testing positive.

How the Lack of Testing for Prison Employees Leads to Infections

By May, MDOC reported that 716 inmates, and 31 staff members had tested positive for COVID-19. The administration responded by separating the facility, with the hope of keeping the virus from spreading to level II and level IV units. Currently, 1,150 of the facility’s 1,948 prison population has tested positive for the virus; the death toll sits at five incarcerated individuals and one staff member.

“It’s no secret that employees are the main cause of how the virus is seeping into prisons in Michigan,” Ricardo Ferrell, a 63-year old who has served nearly 40 year in prison, remarked in a recent interview. “We continue to be put at risk by the gross negligence of MDOC. There is no way an incarcerated individual can go out into society by day and contract the virus and come back at night to spread it; it’s just not possible.”

Mr. Ferrell points to an inherent flaw within the system: the daily flow of untested staff members into and out of the state’s 29 correctional facilities. As Joey Horan argues in an op-ed published in the Detroit Free Press, MDOC has been well aware of its vulnerability to outbreaks.

Beginning in March, the agency implemented a number of policies centered on reducing prisoner contact with new sources of the virus: it halted in-person visits. But few measures have been enacted to reduce infection of the 9,500 corrections officers and staff who enter Michigan’s prisons on a daily basis – putting both prison populations and Michigan communities at risk.

Staff shortages and increased requests for overtime, have resulted in many staff traveling back and forth between infected-quarantine housing units to “negative” units. Dennis Vessey, an individual within Gus Harrison, remarked that “officers work entire shifts in infected units, even working doubles, and without showering or changing clothes, are stationed in negative areas where they perform pat-downs, shakedowns, and interact with folks.”

In July, Randy Rumler, an MDOC veteren, who was working in food service at the Gus Harrison facility, passed away after battling COVID-19. Rumbler was one of a handful of individuals within the prison’s food service to contract the virus. But several currently incarcerated individuals have noted that while the number of food staff testing positive for the virus continued to increase, there was no initial protocol to replace food service workers or even enforce daily testing of kitchen staff.

As a result, kitchens have been relatively shut down, the facilities population has been left to eat cold food. Such treatment overlooks the dietary restrictions and overarching human nutrition of the populous, leaving individuals even more prone to contracting the virus.

Leroy Washington, an individual at Gus Harrison, who tested positive for the virus after exposure to kitchen staff, described the conditions of a “positive” unit: “for the majority of the day 240 positive individuals are cooped up in the unit. We are constantly breathing in the air that other sick people are breathing out. Ventilation is poor, and we are over crowded. Our only protection are three cloth masks made from the material of our uniforms.”

Mr. Washington’s brother, who is incarcerated within the same facility, is at high risk because of several underlying health issues. “MDOC has no interest in protecting us,” Washington continued, “they haven’t even begun to put in preventative measures, they are only reactive. And the result is men contacting the virus again and again.”

In April, a class-action lawsuit was filed against MDOC for its handling of the virus in prisons, claiming a violation of incarcerated individuals’ Eighth Amendment rights, which prohibits cruel and unusual punishment.

According to the lawsuit, individuals are often double-bunked in a cell or occupy units with multiple people, telephones and kiosks are not disinfected between each use, and soap is rationed because many inmates can’t afford to buy it. Individuals are also barred from using hand sanitizer, which is considered contraband. The lawsuit calls for adequate social distancing, as outlined by the Center for Disease Control and Prevention (CDC) guidelines and the testing of all incarcerated people.

According to Michigan Corrections Organization, the MDOC received a budget of $2.06 billion for FY 2020-202. In response to the pandemic, the department received an additional $197 million from the federal government. Chris Gautz, from MDOC communications noted that that MDOC has already spent $30 million on testing since the onset of the pandemic. However, the overarching issue is that many such costs could have been avoided with an earlier response, the release of individuals and granting of early parole, and proper protective measure.

It should also be noted that while Michigan prisons are cramped, unhygienic, and designed to inhibit a person’s ability to protect themselves, infections within incarcerated populations are commonplace, from hepatitis, to HIV, to the common cold. MDOC had ample time and practice to appropriately respond to infection Failures to do so have left both the state’s incarcerated population and larger Michigan population at immense risk.

Further, no crime in the United States carries a punishment of exposure to — and potential death by — lethal virus. Michigan’s acceptance of illness and death of its justice-involved individuals, displays a degrade of leadership morality, endangerment of citizen health, a waste of taxpayer funds, and a perpetuation of racial injustice.

COVID-19 is a public health issue that needs a holistic, wide-reaching response.

As Mr. Ferrell said; “It’s a really sad affair, this virus is spreading, and we are just sitting ducks. The bottom line is many of us are in jeopardy of losing our lives to coronavirus. We deserve better.” 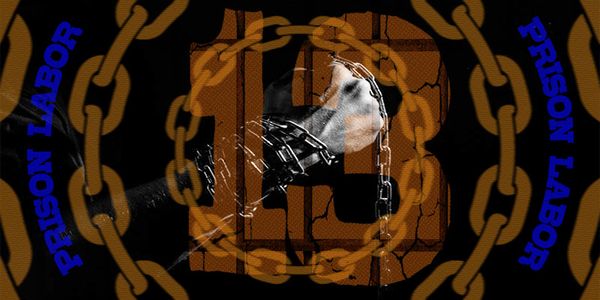 Slavery has had long a history in the United States, and while it’s believed that it was “abolished” by the 13th amendment, there is one clause that makes a major exception. The amendment prohibits slavery, “except as a punishment for crime,” wherein the issue lies. Modern-day slavery exists and 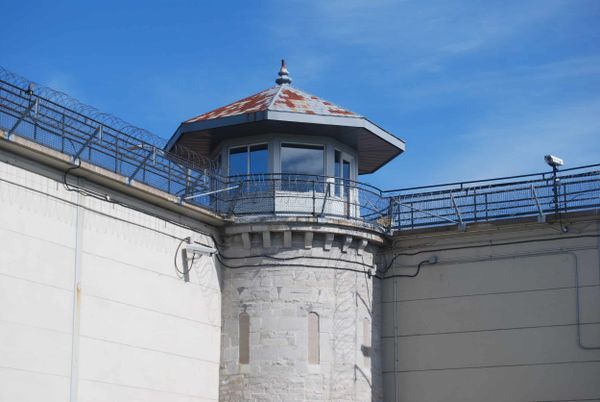 “You’ve been dehumanized to the point where you don’t feel comfortable in your own skin. The very people that are [supposed] to protect, serve and help you are the people that were inflicting the worst amount of harm and layered levels of trauma.” These are the words of