More than 80 percent of participants in psychedelic trials going back to 1993 have been white. Monnica Williams is working to change that.

It’s been well-established at this point that MDMA is a promising treatment for post-traumatic stress disorder. In August of 2017, the Food and Drug Administration gave it “breakthrough therapy” status, fast-tracking it to being approved for prescription in the U.S. In double-blind, randomized clinical trials, MDMA has consistently healed the trauma of veterans when the gold standard treatments failed, alleviating their nightmares, allowing them to move through the world without debilitating flashbacks, and, ultimately, giving them their lives back. But will it work, too, for all the other people in our society who need healing? And if so, will those people have access to it?

A large-scale study, conducted in 2011 by researchers at Harvard School of Public Health, found that 8.7 percent of African Americans experience PTSD at some point in their lives compared to 7.0 percent of non-Latino whites. And yet, according to a review by Monnica Williams, Ph.D., clinical director at the Behavioral Wellness Clinic, more than 80 percent of participants in psychedelic therapy trials going back to 1993 have been white.

The neglect isn’t a problem unique to the psychedelic community. Williams tells DoubleBlind that there’s currently no protocol for treating race-based trauma in the U.S. and she doesn’t think the federal government has any desire to grant researchers the funds to develop it. MDMA could play a key role in circumventing this problem as it can be a tool for people to heal themselves.

There are unique challenges to conducting MDMA research among people of color, though. Williams was leading the first-ever trial of its kind at the University of Connecticut when it was shut down. Still, she is fully devoted to continuing the trial. It’s slated to get going again at her private clinic this year, and other researchers in the U.S. are following her lead at their own sites. Williams talked to DoubleBlind about why she’s committed herself to diversifying the psychedelic field and the challenges that continue to lie ahead.

DB: I just wanted to start by talking about race-based stress and trauma. Can you tell me a little bit about your work in this area, and what race-based trauma might look like for an individual?

MW: We might call it race-based trauma or racial trauma, for short, and it’s basically when people have PTSD symptoms as a result of racism.

There’s a couple reasons. I mean, one, mental health care is not really a part of our culture so people tend not to get mental health care unless they absolutely have to, as a last resort. At that point you’re going because you’re “reallyyy crazy,” that’s the perception. It’s just not something people do, especially the older generation. And then when they do, they keep it a secret so nobody knows and that continues to keep it somewhat stigmatized. The other reason is that when African Americans, and I think this probably goes for all people of color, go to get therapy, it’s often hard to find somebody from your own ethnic group or culture who is a therapist. We know that the whole field of mental health care is mostly white so usually people end up seeing white therapists, at least initially, and then what happens when they see the white therapist is that often they experience microaggression, really small acts of racism from their therapist. And if one of the things that is traumatizing you is racism, well, the last thing you want is to experience more of it from your therapist. That’s very, very damaging. So people stop going to therapy and they may not ever go to therapy again and they may continue to suffer from something that’s very treatable for years or their whole life because of that experience.

“If one of the things that is traumatizing you is racism, well, the last thing you want is to experience more of it from your therapist.”

How do you think MDMA-assisted therapy can help marginalized folks with PTSD?

Unlike trauma from rape or combat where we have a long track record of being able to help people with those problems with traditional psychotherapy, there’s no gold standard, empirically validated treatment manual for helping people with racial trauma and, frankly, it doesn’t look like the National Institutes of Health has any interest in funding the research that would give us that treatment manual so therapists who help people with racial trauma are sort of putting bits and pieces of other therapy together to help our clients. But I think with MDMA therapy we can cut through a lot of those protocol specific issues, because with the MDMA and the support of the therapist people are kind of healing themselves. That being said, it is still very important that the therapist has a basic level of competency when treating people of color with MDMA, because, again, you definitely wouldn’t want them to commit an act of racism against their client when they’re in that very vulnerable state of being under the influence of MDMA.

Why do you think there is such a lack of diversity in psychedelic studies?

Well, there’s two issues. One is that psychedelic drugs, I think a lot of communities of color see them as a sort of white person thing and, also, people of color aren’t really included in psychedelic communities so there isn’t a knowledge or positive vibe about these substances within communities of color. The other problem is that the researchers who are doing this work are almost all white and the research teams are almost all white. So they’re not attracting people of color, because those people are looking at the researchers and going ‘the researchers are not like me’ so they may not understand my problems.

What can researchers do to change this?

The number one thing is to diversify your research team and make it a point to say ‘okay, what communities are we serving in our geographic area and do we have people who represent those communities on our team as therapists and as leaders?’

I know MAPS [the Multidisciplinary Association of Psychedelic Studies] asked you to help them make their research more welcoming to people of color. Is there anything you changed about the research itself?

There were a lot of small things that we addressed that could have a big impact on people coming for help. For example, in the African American community, there’s a long history of research abuses so just the word ‘research’ in the African American community can be uncomfortable. So if we don’t need to say the word ‘research’ 500 times in the consent form, then don’t, say it once at the top. Also, the word “investigation” is sometimes used as synonymous for “research study” and that can be very frightening for Hispanic American participants who associate that with things like being investigated and deported. Why make the language triggering if you don’t have to?

I’d like to hear more about your research. You were running a trial giving MDMA-assisted psychotherapy to people of color? Is that correct?

Yea, that’s right. We were doing that work at the University of Connecticut Health Center and it was so exciting. We had a whole team, all people of color, and we were treating and enrolling people of color. It was pretty remarkable, it had never been done before.

What happened? It’s not still open?

We’re not still doing that work, unfortunately. First of all, the work is very controversial and the university was very nervous about doing work with psychedelics so they imposed a lot of restrictions and requirements on the study and asked for ridiculously extreme safety protocols, things the FDA wasn’t even asking for, which made the study very burdensome. But the biggest issue, also, was that they required that we use their psychiatrists and the psychiatrist they gave us did not have the skills or knowledge to do the work and so he was in over his head very quickly and stepped out and then we didn’t have a psychiatrist and you can’t run the study without a psychiatrist. They wouldn’t allow us to use an outside psychiatrist even though we had someone on our team who was a psychiatrist at NYU and fantastically qualified. They feared something would go wrong.

That’s so disappointing. Are there plans to do something similar at another site? What do you think the future holds for this research?

Unfortunately, things didn’t work out to be able to do this research at the University of Connecticut at all. They were far too inflexible and they weren’t interested in working with me cooperatively. I run into this a lot as a black woman. They would call meetings about our project at the highest levels and not tell me about the meetings and not invite me to the meetings and presumably solve some of these problems I brought to their attention, but they couldn’t really solve the problems because they never gave me a voice.

I’m so sorry to hear that. So does that mean that there are no plans to do this kind of work?

We are going to be doing an expanded access site off-campus at my private clinic in Connecticut and that site will be prioritizing and targeting people of color so that’s coming soon. There are actually a few other places that want to do this expanded access work with a focus on people of color too. There’s a couple of folks in the Bay Area, in Oakland, who are wanting to focus on marginalized individuals and I have a colleague in Michigan who is looking to start an expanded access site so it is starting to catch on and I really hope it does cause there’s such a need for it.

**In a statement to DB, a spokesperson for the University of Connecticut Health Center said: “As an academic medical center, patient safety is our greatest priority, especially in experimental clinical trials. The clinical trial was discontinued for a variety of reasons, but the experience of the psychiatrist was not one of them. Last year, the Department of Psychiatry and Dr. Williams mutually decided to part ways and she no longer holds an appointment in that department. The Department of Psychiatry works diligently to be welcoming to all people as well as to nurture faculty to help them achieve success whether in clinical, research, or teaching endeavors.” 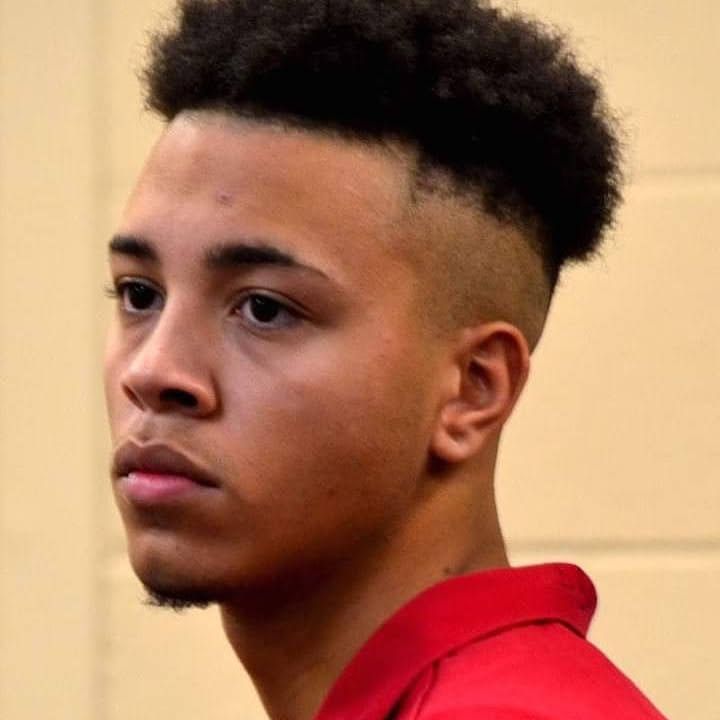 What Is Afro-Pessimism? Romeo Jackson on Black Identity and Challenging the American Dream 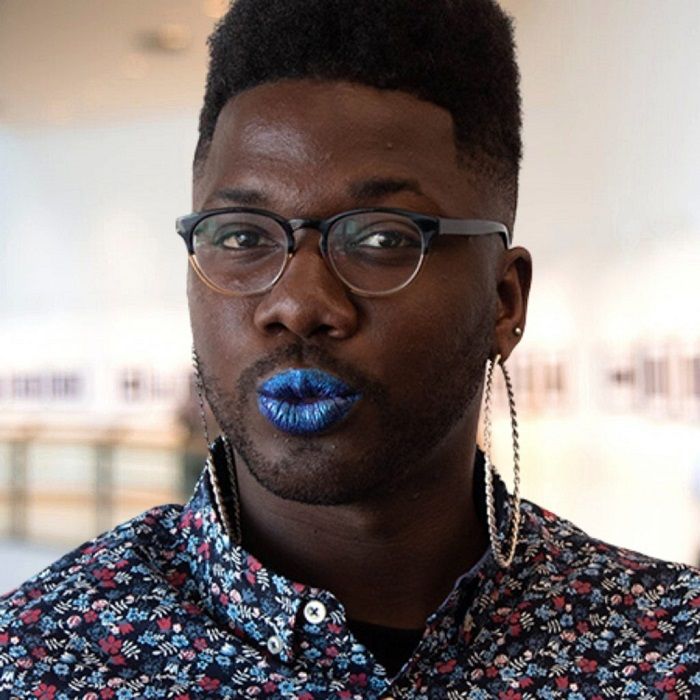