The McCarren Gathering Sees No End in Sight, Over a Year of Demanding Justice

The community-led group organizes for justice for Black lives every night in Brooklyn, and connections made there are sparking even more movements for social change.

2021’s Juneteenth was the perfect scene for the McCarren Gathering’s potluck. The event would be similar to the group’s other 386 consecutive gatherings—building a sense of trust within the community with a focus on Black lives. But this time, the McCarren Gathering would also be commemorating America’s newest federal holiday along with the organization’s year of meeting since May 29, 2020.

While June 19, or Juneteenth, became a time of celebration for Texans in 1865 after news of the Emancipation Proclamation reached Galveston two years following its declaration, it took the federal government 156 years to recognize the holiday’s significance. However, during that century and a half, mostly Black Americans have gathered like this–community members nurturing one another through sharing moments of joy and grief.

Although rain began to fall as I stepped into Brooklyn’s McCarren Park, the gathering’s regulars were not discouraged. Friendly faces congregated around the food table, chatting and laughing with close friends. After gathering every night for over a year, the attendees of the McCarren Gathering have grown close both as neighbors and in their shared vision of liberation and abolition.

“It felt like a school of justice,” said Trevor Bayack, longtime attendee, of their first impression of the McCarren Gathering. They went on to say that members of the gathering have become family to them.

The gatherings, started by the communities of Greenpoint and Williamsburg, began in 2020 as moments of silence held for George Floyd and other victims of police violence. Thousands of people joined, meeting in the park for this collective mourning. Their moments of silence sometimes lasted longer than 30 minutes, with people holding signs and comforting their neighbors overwhelmed by the reality of their gathering. Many of the gathering’s current active members have been involved since the beginning, some of whom have attended every night through Thanksgiving and Christmas.

Trevor Bayack began attending as a part of a personal project in which they documented various protests and gatherings across the city. They became entranced by the McCarren Gathering, which appealed to their love of peace and unity via nonviolent meetings focused on paying respect toward victims of police violence. After attending several gatherings, Bayack was encouraged to speak about economic injustice during the open mic sessions. Owner of the delivery business Free Your Arms, Bayack built its foundation around the worker rather than the capital. They believe that economic injustice is the root of all injustice, and they educate the community on this during the gathering’s Freedom Market program, taking place on Fridays.

As it exists, the McCarren Gathering is explicitly an abolitionist space where neighbors can gain a better sense of community. Over time, the meetings have adapted to a changing audience, shifting from moments of silence to a weekly programming schedule.

Structured and themed events developed, such as Monday Moments in History, Weekend Words, and a book club, among others. Every member has their own favorite event, though the book club seems to be popular among all participants. In addition to conducting their own programming, the McCarren Gathering works with mutual aid in the surrounding area.

Sonda Braeutigam has been attending the gatherings for about a year as well, oftentimes with her two children, after learning about the gatherings via Instagram. They continue to attend regularly. Braeutigam praised the gatherings as a great space for her children to learn and grow comfortable with the community on a social level. In a country that outlaws and discourages lessons about Black history and injustice in schools, as well as one that is still largely socially segregated, this is incredibly vital.

Chloe Sysk also learned of the gatherings through social media. From May until November of 2020, they had missed only two nights of gathering. Additionally, Sysk is a member of People’s School of Conflict (PSC), a de-escalation committee born out of the McCarren Gatherings involved with various protests across the city, such as the Black Trans Liberation Marches in the West Village. As winter came, rain and snow thinned the McCarren Gathering’s nightly meetings, and Sysk began to focus on PSC.

The idea for PSC was sparked during a gathering. While holding a “Defund the Police” sign, Sysk was approached by a passerby who said to them, “I’m not trying to scare you, but what would you do if I fucking punched you in the face right now?” An attendee, now a member of PSC, de-escalated the situation by removing the person from the scene and talking them down.

After several separate instances of harassment during gatherings, Sysk and other McCarren Gathering attendees began holding de-escalation training sessions following the gatherings each night. Through this development, members were able to de-escalate potentially dangerous interactions with police and protestors. During a march for Breonna Taylor, a PSC member de-escalated a semi-truck driver on the Williamsburg Bridge. Drivers were stuck because attendees so heavily crowded the bridge. The semi-truck driver was frustrated, and their presence was threatening considering the size of their vehicle. If the PSC member had not been there to de-escalate the driver, protesters would have felt at-risk, and the situation may have turned dire. Sysk believes that PSC has given them the power to make beneficial change on a small scale.

More attendees of the McCarren Gathering’s Juneteenth event had joined at other times throughout the year. One came with their roommates, another after Taylor’s march. One even joined after searching for a place to smoke, invited by a member who encouraged them to stay.

The McCarren Gathering is entirely community-oriented, one person refusing to take credit for the work of the collective whole. It is inspiring to spend time with such kind and generous people who share everything from knowledge to food in a dedicated nightly gathering for liberation. In speaking about whether they believe the McCarren Gatherings have been effective in their goals, Sysk said that the gatherings have created a safe space for support and community. Additionally, they have provided fertile ground for various groups, events, and connections to grow.

“As someone who hasn’t lived in New York for that long,” said Sysk gratefully, “[the McCarren Gatherings were] a really nice access point.”

After introducing myself and chatting with several people, we gathered in a circle and held a 9 minute and 29-second long silence for victims of police violence. The speaker recited several victims' names for attendees to keep in mind during the silence. Some stared into space while others squeezed their eyes closed, a hand to their heart. No one opened their phone nor spoke, if but for the stray reaction to fireworks. After opening our eyes, the speaker tearily recited the lyrics of “We Shall Overcome,” a song with a message of hope and equality. In response, an attendee spoke about their experience with racism and colorism, for which everybody listened intently and eventually clapped.

The group proceeded to eat and converse. The air of familiarity between attendees was clear. Everyone was comfortable with each other—even me, who had been introduced only an hour before. I felt not only welcomed but safe in the presence of strangers who care so much about human life that they dedicate an hour of every night to it. I quickly fell into conversation with several attendees with whom I spoke about our backgrounds, neighborhoods, jobs, and Juneteenth. My heart was warm to learn that the generosity of the attendees represents what can be found in everyone’s community, much closer than you’d think.

The McCarren Gathering’s event reminded me of Juneteenth celebrations I would have at home—everyone surrounded by family and community, good food and music, being honest about what freedom means to Black Americans. Being from a small town, I have only ever celebrated Juneteenth as one would the Fourth of July. There would be barbecues, games, and most importantly, discussions regarding Black American history. Since moving to New York, I have struggled to find this sense of community in anyone but friends—certainly never strangers. Attending the McCarren Gathering reminded me that unity can be found in the most unlikely places and that like-minded people with kind hearts are everywhere you go. Though I do not belong to the Greenpoint-East Williamsburg community, I settled in with this group as if they were my own.
--

The McCarren Gathering meets every night at 7 PM EST in McCarren Park of Greenpoint, Brooklyn. To learn more about their gatherings and how you can participate, visit their Instagram (@mccarrengathering). 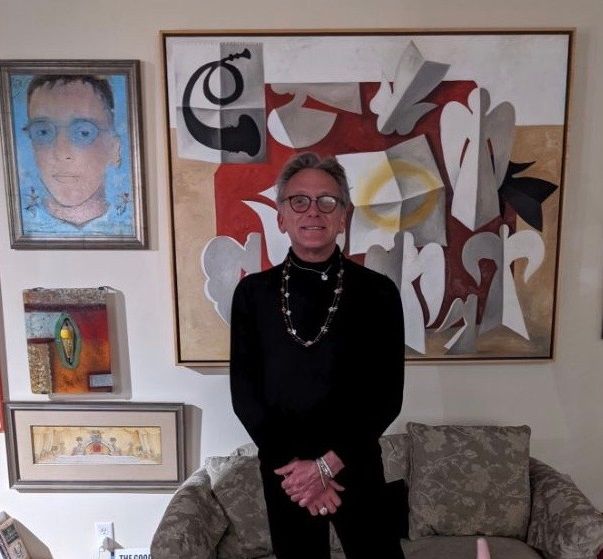 JJ McKay Opens Up About Building The Fresh Toast 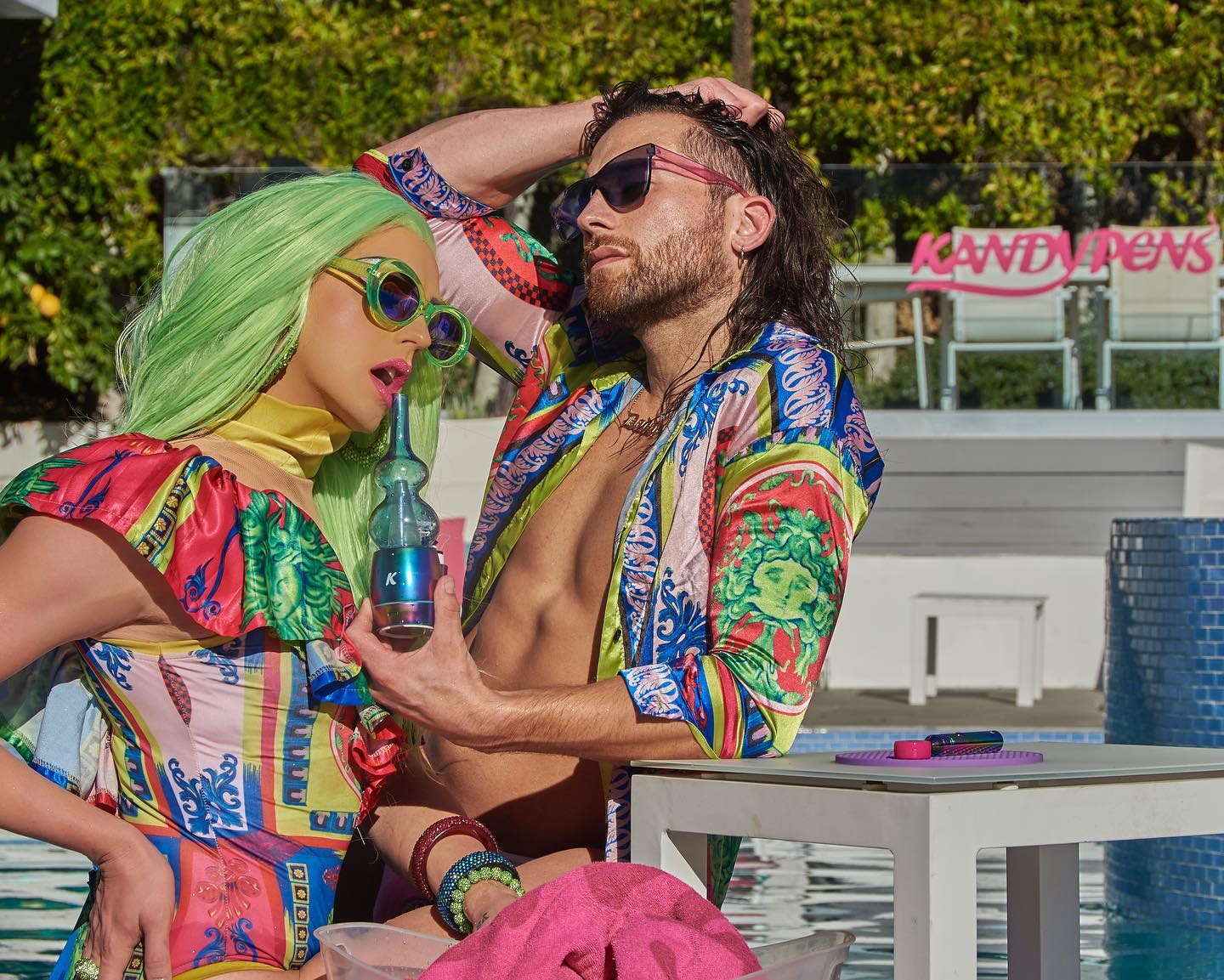