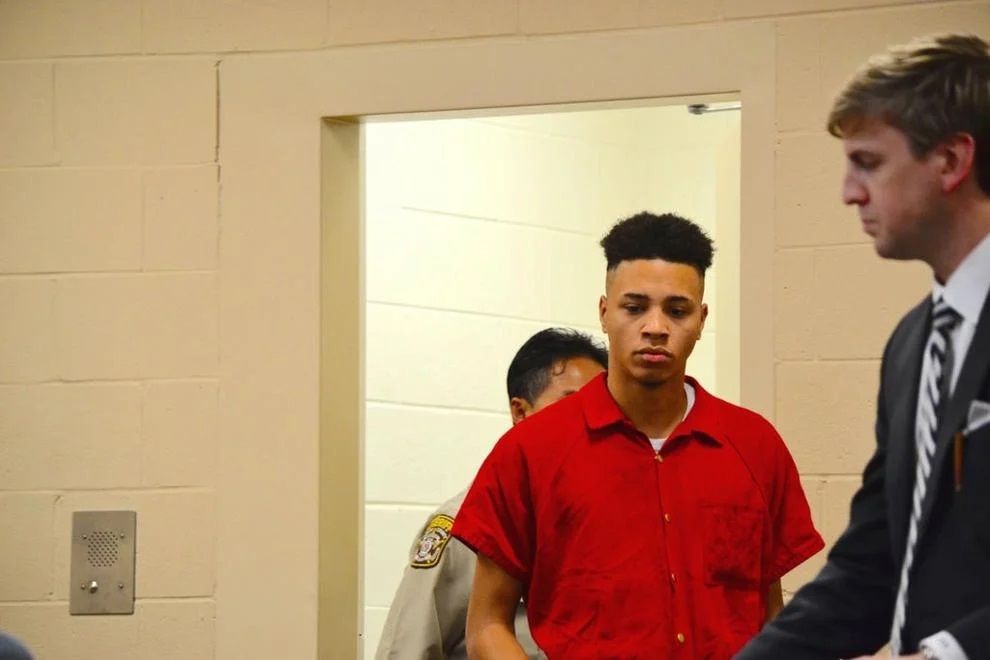 Honeysuckle follows up on the case of Matthew Baker, the only Black suspect in the McDonough, Georgia “Bonfire Killings.” Racial bias from law enforcement and the judicial system may cause him to face the death penalty, but new evidence suggests Baker’s innocence.

Matthew Baker Jr., a 24-year-old from Henry County, Georgia may face the death penalty for a quadruple murder known as the Bonfire Killings that occurred in 2016. His co-defendant Jacob Kosky has confessed to the killings and has since been sentenced to four consecutive life sentences without possibility of parole. However, in recent motion hearings, new evidence and testimonies fail to prove Baker had a hand in the murders.

“Matthew was the only Black kid in this whole thing. I feel like the prosecution just wants to put the Black kid down to make somebody pay for the murders,” said Angelia Lanier, Baker’s mother. Baker’s family, friends and supporters, including Damita Bishop, co-founder of the advocacy nonprofit Fighting Against Institutionalized Railroading (FAIR), believe he is a victim of racial bias in the case, as Honeysuckle’s investigation has documented.

September and November’s court hearings were in response to the defense’s motion to suppress Baker’s statement. The evidence and witnesses presented to the court included body camera footage turned in by Henry County Police Officer Matthew Phillips, six Henry County police officers present during Baker’s detainment and camera footage from Baker’s interrogation. No witnesses incriminated Baker per their testimonies and Sgt. David LeCroy of the Henry County Police testified no hard evidence was found to connect Baker to the crime. Baker, in his own words, told his story and how he was not involved in the murders.

The night of Oct. 26, 2016, Baker witnessed Jacob Kosky open fire on unarmed people at a bonfire party on Moccasin Gap Road. The two returned to a white Jeep with Kayla Head, Brook Knight and Jacob Williams. Kosky told Head to drop him off around the Newton County line and the other four returned to Baker’s home. The following morning, several police officers arrived at Baker’s home looking for the white Jeep and Jacob Kosky.

Six Henry County Police Officers and two detectives testified on the events that took place when they arrived at Baker’s house on the morning of Oct. 27. Kayla Head, Brook Knight, Jacob Williams and Matthew Baker who were standing outside were handcuffed on the ground. Baker’s mother Angelia Lanier, his younger sister Jada Jenkins and her (at the time) newborn daughter were escorted out of the house.

Every officer testified that their assignment that morning was to locate a vehicle connected to a homicide and to locate Jacob Kosky, who was a homicide suspect. Sgt. Paul Danielson testified that Kosky was their “primary person of interest” and he “did not know the extent of involvement anyone [else] had.”

Sgt. David LeCroy asked Baker a number of questions regarding the night before and the whereabouts of Kosky. LeCroy also made an assumption about Kosky and Baker while explaining to Ms. Lanier, “All of this is because [Matthew] is friends with Jacob.” Lanier and Baker both denied the friendship and specified the two only knew of each other. Toward the end of their conversation, a voice over the dispatch said Kosky had called 911 to turn himself in.

LeCroy testified that he told Baker he needed him to come down to the station to ask him a few questions. Lanier and Baker said they were under the impression Baker would return home following the interview.

Baker’s brother, JD Baker, saw the news coverage from Butts County Jail. “When I saw it on the news and I told [the correctional officers] I knew something about that quadruple homicide. I said I needed to talk to somebody from Henry County,” JD Baker said. His first thought was that Kosky had killed Matthew. “I told them I know who did it. I [thought] Jacob did it. He was the only one who could potentially be capable of doing something like that.”

Matthew Baker’s Statement: What Happened at Moccasin Gap on the Night of the Bonfire Killings?

Baker said that he, Head, Knight, and Williams were invited to a kickback at Moccasin Gap Road in McDonough, Georgia by Mackenzie Jude Walton, Jacob Kosky’s sister. Jacob Kosky was already at the party when they arrived. Baker said he and the other three were escorted to the backyard where the bonfire was. Baker also said he only met Kosky two days prior to the bonfire. After about 15 minutes, Walton asked Baker and his friends to leave.

Baker and the other three arrived back at his home around 9:30 p.m. as per request of his mother. They did not return to Moccasin Gap until around 1:45 a.m. when Kosky texted Brook Knight asking for a ride home. LeCroy testified that Kosky texted Knight saying he was being jumped by six people. Kosky told Honeysuckle that he only said that to get them to move faster because he had plans to go to a pawn shop.

Baker said he was invited to go to get Kosky, but initially declined because he wanted to follow his mother’s orders and stay home. His sister Jada Jenkins said Baker told her, “I’m just going to pick somebody up and take them home. I’ll be right back,” before leaving the house.

According to Baker, the following events occurred the night of the Moccasin Gap incident:

Detective LeCroy inquired about Baker having prior knowledge of the murders. “I'm hearing you knew what was happening before you got to the house,” said LeCroy. “What did you think was going to happen?”

“I just thought we were going to have to fight some people. I didn't see the guns, I promise you,” Baker responded, choking on tears. “Have you ever seen somebody just... get shot and you just… can't do nothing about it, you can't stop it?”

“I know. I’ve seen it before. It’s shocking,” responded LeCroy.

At the end of their interview, LeCroy handed Baker a clipboard to write his statement in detail. Per the camera footage, Baker was locked in the room once LeCroy left and was unaware the door was locked until he tried to open it an hour later upon finishing his statement. At some point, Baker was escorted to the bathroom and given a blanket upon request.

Nine hours later the door opened again while Baker was sleeping in the corner on the floor. A sheriff deputy came to arrest Baker for murder. According to the interrogation  footage, Detective LeCroy did not Mirandize Baker (read him his rights) before or after the interrogation and never specified when Baker was considered to be in custody.

Discrepancies regarding LeCroy’s handling of the case expand beyond the interrogation and investigation but also across his testimonies.

Sgt. LeCroy has been the main source of information regarding the case and investigation. On the stand, he has testified what information has been given to him based on the interviews he conducted with all the witnesses including Jacob Kosky and Matthew Baker Jr. However, a few pieces of information have been contradicted by other statements.

LeCroy also testified in Baker’s preliminary hearing in 2016 that Kosky and Baker met behind the house at the shed before returning to the house with guns. However, Kosky said he was alone in the backyard. “If you look at the evidence, you will see that my sister and the people at the party saw me standing by the barn. My sister confronted me and saw nobody with me,” said Kosky.

Jacob Kosky’s sister, Mackenzie Jude Walton, called the police after the incident. LeCroy testified that Walton said she heard her brother’s voice and “if she had to guess, Matthew would have been with him.” However, per the 911 call recording, Walton told the police she did not see who was in the house because she dove behind a bush to hide. She told the police she might’ve seen two white males but couldn’t identify who they were.

LeCroy testified that an anonymous witness who survived the incident saw two figures walking in the house. According to LeCroy, the witness was hiding under a blanket and tied their hooded sweatshirt around their face. When the witness was given a line up, they identified Kosky as one of the figures. However, they were not given a lineup to identify Baker. LeCroy also said the witness did not see the second figure with a firearm.

As per LeCroy's account, Kosky told him Baker was in the house with him when he started shooting. He claimed Baker was holding a gun for him. Yet Kosky’s own statements to Honeysuckle contradict this.

“The guns that were used were stolen from the house. Matthew never touched a gun. I stole them from on top of the fridge,” said Kosky via JPay messaging. Kosky reportedly stole one handgun and one rifle. Only one of the firearms was recovered.

LeCroy also said when the shooting ceased, Kosky looked around the house for other witnesses. Kosky told Honeysuckle he was looking for his sister. He also said during his preliminary hearing that if he found anybody else in the house, he would have killed them. “When I looked back at Matt, he was scared and I could see in his eyes that he was terrified,” said Kosky to Honeysuckle.

LeCroy’s word against Baker is what led to his arrest. LeCroy said the moment in which he decided Baker was a suspect and no longer a witness was based on a comment Kosky allegedly made to Baker. LeCroy claims Kosky told Baker, “Everybody in the house was gonna get it.”

Kosky told Honeysuckle that LeCroy misinterpreted his statement. “I never told Matthew everybody is getting it. I said that in a text message to Brook. I was referring to some tools I had that I was going to pawn and give whoever took me to the pawn shop a cut,” Kosky said. “How does that mean anything about a murder anyway? I never said anything about a planned murder.” Kosky was waiting for his ride from Head, Knight and Williams when Baker walked up to the house.

Baker’s mother Angelia Lanier and Fighting Against Institutionalized Railroading (FAIR) co-founder Damita Bishop raised concerns about the validity of LeCroy’s statements. FAIR is an organization aiming to educate individuals who are at risk of receiving wrongful sentences, guilty or innocent, on the details of their case using the law.

“Matt’s case is exactly what the organization was formed to do: catch [railroading] before sentencing. So, it feels good to get a case like his,” said Bishop. Out of the seven post-conviction cases she’s worked on, three people have gone home, one person got their sentence decreased and another’s charges were dropped.

“Just listening to [Baker’s] interrogation, it didn’t hit me as hard as watching it. It took me to all the stories of the people I help and their experiences were being played out through Matthew.” Bishop said. “Matthew’s statement was consistent all the way through. I didn’t like the way the detective was conducting the interrogation. He was telling Matt what he did instead of asking him what happened. Nineteen [years old] is grown but it’s still a child. I know he was scared and with his best intentions he wanted to cooperate, say what he saw and go back home.”

The defense raised concerns about the legality of Baker’s interrogation and arrest and filed a pre-trial motion to suppress the statement Baker made to Sgt. LeCroy.

Stay tuned for further updates on Matthew Baker’s case and sign his petition at Change.org. To support a fair trial and investigation for Matthew Baker, you can send letters or make phone calls to the Henry County Justice Department:

For more information on the campaign to support Matthew's fair trial, visit the Fighting Against Institutionalized Railroading page on Facebook. 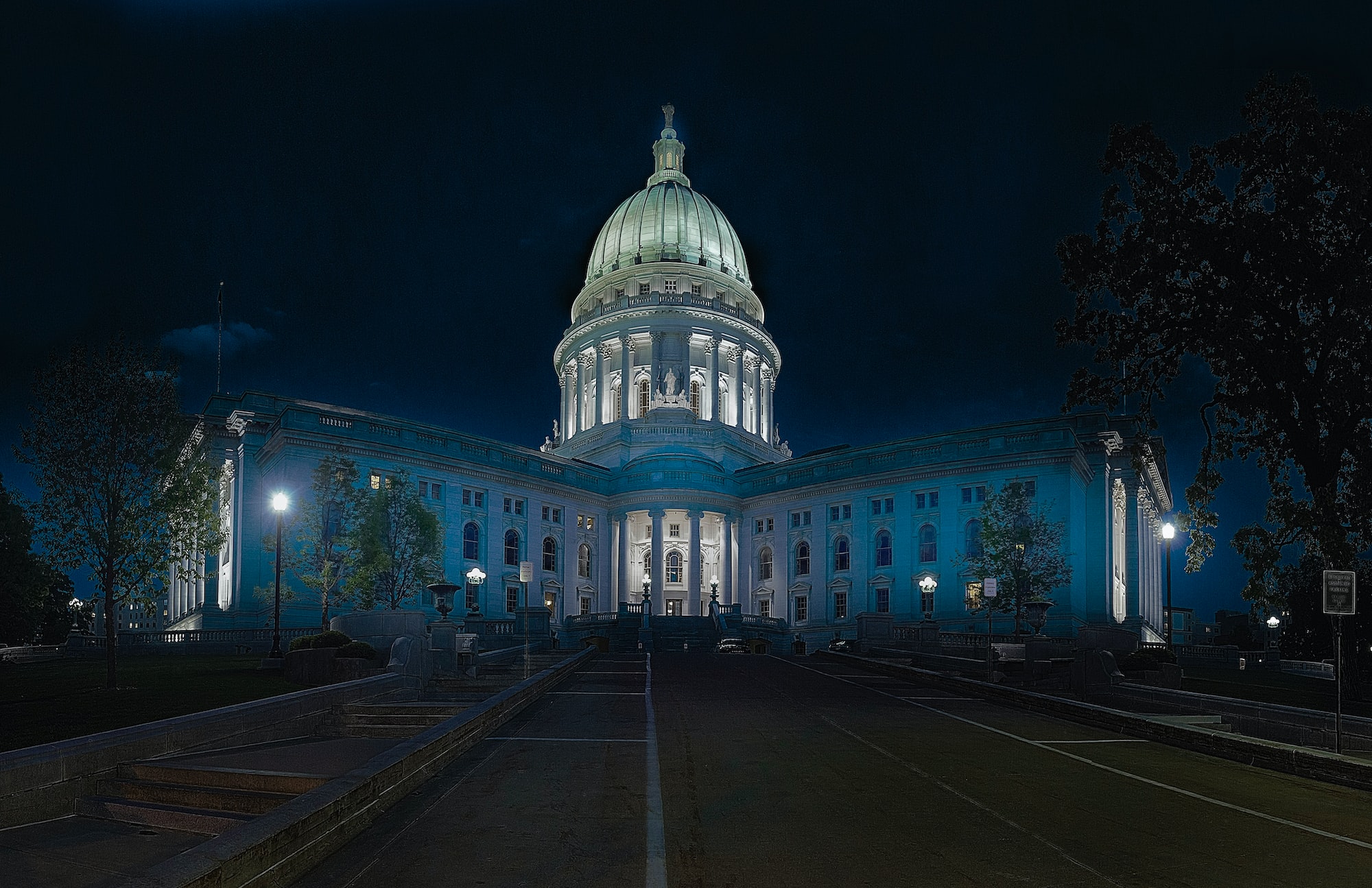 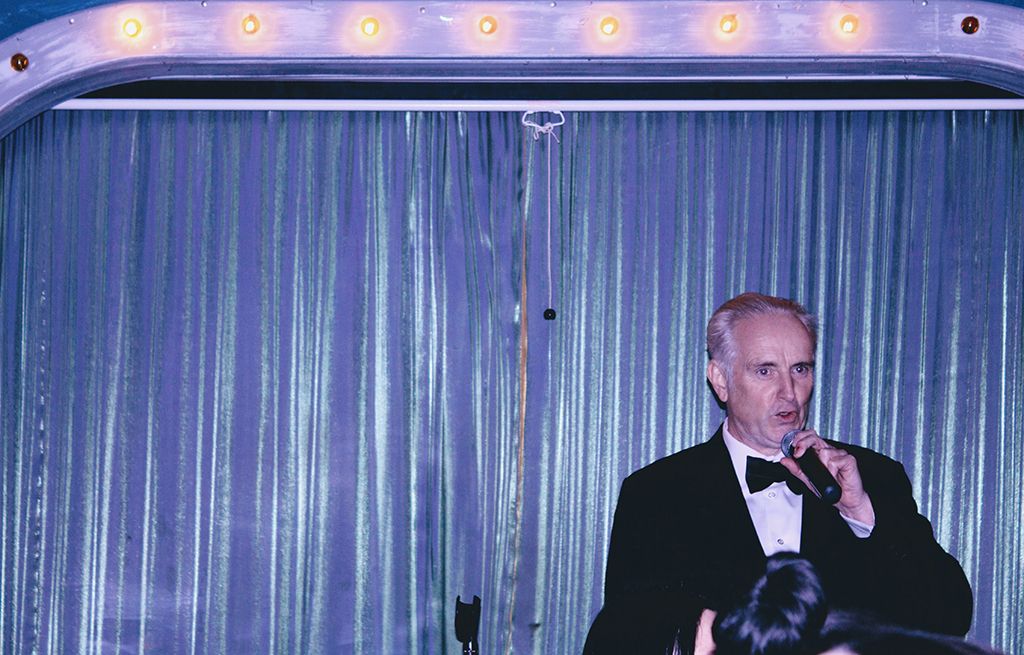