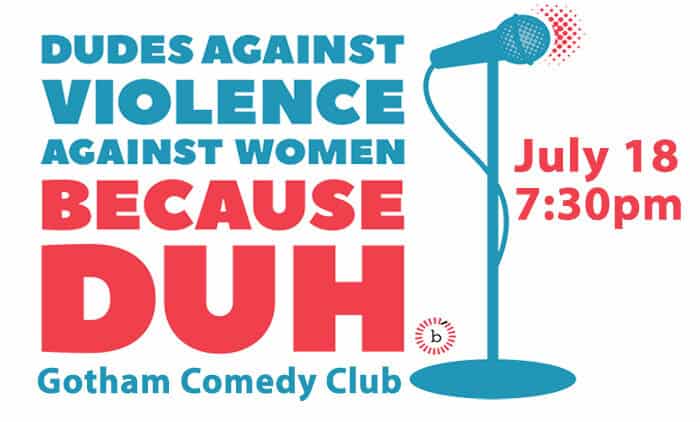 The global human rights organization Breakthrough works to “change the attitudes and assumptions around gender that lead to violence and discrimination.” This year is their 4th annual Dudes Against Violence Against Women Because DUH. Featuring comedians from beloved shows including 30 Rock and The Daily Show, the evening of laughs was initially spearheaded by SiriusXM’s Dean Obeidallah (read below for more on the history of his involvement), and will be a night to remember. All tickets sold benefit Breakthrough’s efforts to shift cultural norms to end gender-based violence. Lynn Harris came up with the brilliant title.

Roy Wood, Jr. (The Daily Show with Trevor Noah, Comedy Central’s This Is Not Happening)

Manager of Business and Development Operations at Breakthrough, Jason Fluegge, told Honeysuckle that this is not just any human rights organization. Fluegge said, “In the U.S., there’s this idea that human rights are about oppression in faraway lands. But we’ve got that right here, too.”

“We believe,” said Fluegge, “”that we can change our culture.” The emphasis, he underscores, is on promoting human rights values—dignity, equality, and respect—you know, how we all should treat each other. “”We’ve made online games about immigration and racial justice, and videos about gender norms with puppeteers from Avenue Q, so it makes total sense that we’d do comedy intended to challenge gender-based violence.”It was Dean Obeidallah who approached Breakthrough several years ago and came up with the idea of doing a comedy show to support the organization’s work. Fluegge recalled, “We decided on a comedy fundraiser that made a statement. It wasn’t only about making money; it was about taking a stand. Of course violence against women has long been an issue, but the show feels particularly relevant and urgent this year. Wow, do we need a laugh.”

Fluegge credited the #MeToo movement for shining a light on what women have endured—and are no longer willing to endure. “There is a need for men to act, not just by questioning their own past actions but to stand up with women and fix this problem in our institutions and our culture.”

In March of 2013, with the launch of Breakthrough’s Ring the Bell: One Million Men, One Million Promises campaign, Breakthrough asked men worldwide to step up and make violence against women their issue. Dean Obeidallah did just that, pledging to devote his skills—comedy and advocacy—toward helping launch the first Dudes Against Violence Against Women in 2014.Today Breakthrough is asking you to step up and let the world know that gender-based violence isn’t just a women’s issue, but that it is everyone’s issue. Even if you can’t attend the show (though we hope you do!), you can still take part in #Dudes18. See information below for how to sign up and how you can get involved.

The time to act is NOW. DUDES AGAINST VIOLENCE AGAINST WOMEN BECAUSE DUHWEDNESDAY, JULY 18TH, 2018 AT 7:30 PMGotham Comedy Club

Dorri Olds is an award-winning freelance writer whose work has appeared in book anthologies, and publications including The New York Times, Marie Claire, Woman’s Day, Time Out New York, The Fix, The Forward, Yahoo, and Tablet. Visit her YouTube channel and see other works she’s done for Honeysuckle here. 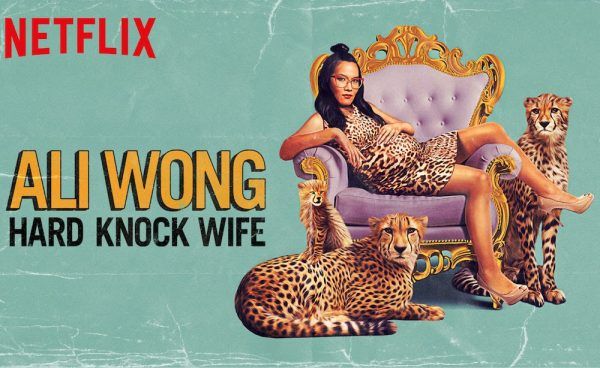 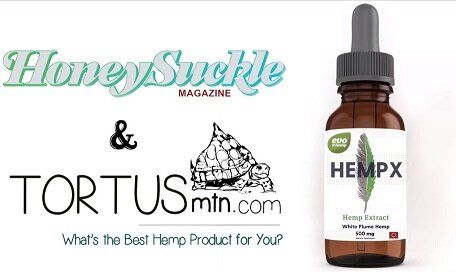