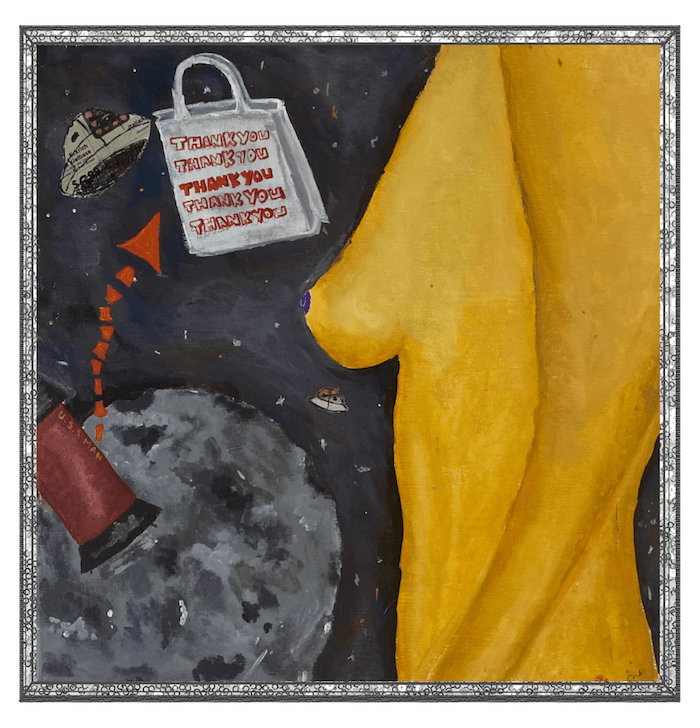 Cortney Connolly is an artist studying Collaborative Arts at the NYU Tisch School of the Arts. Cortney’s installation LUmkA was released on the 7th of July, 2020. Lumka 1.0 is a digital installment that spans from paintings to written work; LUmkA includes Cortknee’s Corner, a pioneering, genre-defying multidisciplinary web series.

Cortney caught up with fellow writer and artist Taylor Custis. Taylor studies at the NYU Gallatin School. Taylor is a creative writer who shares her personal essays, testimonies and poetry on her online blog.

The two artists discussed Cortney’s brainchild LUmkA, the surreal, chaotic and satirical art installation. LUmkA is a bizarre aesthetic, a quintessentially postmodern brand derived from personal emotions, the issues we face as a society and the absurdity of modern life.

TC: In general, is LUmkA for you an aesthetic, a brand, a feeling, a state of mind, or is it all of the above?

CC: LUmkA began as an ongoing joke in college; I would create Snapchat stories with a curated sense of humor. Eventually, I realized that everything had become a manifestation of LUmkA, and this installment was just my output of it.

Now, it has turned into a niche aesthetic. The project has blossomed into a collaborative one that involves the community. My friend Charlie Cleworth has been curating DJ sets for the site, which has been amazing.

I aspire for LUmkA  to be a style and an aesthetic, but it’s also a brand. I think growing LUmkA is really just about having fun and staying in tune with your emotions while also making work that emulates the issues within our society. I guess you could say that LUmkA is a satire in a sense.

What’s next for LUmkA?

In September, we will be releasing a clothing line called LUmkA Couturewear.

A few months later, I will be releasing LUmkA 2.0, which is a sequel to the first installment,  LUmkA 1.0.

Could you speak to the process/inspiration behind Lumka?

One of my installments titled, “White Numb” is being released in August.

Initially, I didn’t know what exactly what the installment would entail, I just had this gnawing feeling. Then, I went for this 9-mile walk one day, and I began to notice people and interactions all around me, on the beach, on the streets. I became appalled by people who didn’t wear masks and preached “All Lives Matter.” The inspiration came from deep-rooted anger surrounding white silence and oppression.

[LUmkA] feels like a well of untapped potential; It’s very broad, but it’s also interconnected. You play around with various different forms and mediums, including sound, video, and even painting. Could you speak to the fluid and formally myriad nature of your work?

I’ve always been really into painting; This year, I have been working day and night in my studio. I tend to switch between mediums because to weaving in and out of different mediums keeps my brain sharp.

I enjoy creation regardless of form. For example, when LUmkA 1.0 came out I also launched my web series talk show: Cortknee’s Corner and Shadez of Pink (animated series), then a few days after the site launched I started LUmkA Radio, which is our new music streaming platform for DJ sets and singles.

While LUmkA is an aesthetic and process, I wanted to emphasize that an idea isn’t singular, it is a collective by-product of creativity and various mediums.

I definitely can appreciate different mediums of art forms, but I don’t really know if I feel as versed in different types of media. Personally, I feel more powerful and capable when I’m writing because it feels more explicit to me.

You mentioned that a lot of what you’re creating was based on the indignation that you felt based on people in your own community and things that you have witnessed, or you wish that you witnessed more of. So I wonder if you could break down and highlight one specific piece and then walk through how that came about. In addition to the actual artistic process, I’m really interested in how you connect a piece to these thoughts, statements, or feelings of protest?

The first piece I made for LUmka 1.0 was the painting, “LUmkA is an Unknown Destination.”

I had started that painting in March and didn’t touch it for two months. Then in May, it clicked. Much of the creative inspiration emerged during quarantine, and I had to unpack my experiences of living in New York, from the beautiful to the gritty.

The piece contains a lot of motifs that represent memories as well as the present. I wanted to create a true embodiment of my soul in a collection of work, and this piece was just the first step. It’s erratic and chaotic, yet funny and personable. It is a testament to coping through difficult times and utilizing pain for growth.

I’m glad you were able to channel your emotions into your art. You mentioned manifesting, which is really interesting to me. How do you connect the idea of manifestation to your art, and how do you draw upon your own life to create this manifestation?

Anything I’m working on is definitely rooted in music. I’m also a huge “journaler.” I journal almost every day. If I’m not journaling, I’m taking literal recordings of myself talking into the phone or into my computer and just documenting my emotions and thoughts.

I normally go on very long walks when I’m trying to figure something out. I’ll put my earbuds in, and I’ll listen to music. This helps my process immensely; I’m a visual thinker, so walking helps me synthesize these images and turn them into paintings or video ideas for Cortknee’s Corner.

Which artists, individuals, brands, or miscellaneous are your style inspirations? On the first episode of Cortknee’s Corner, you said your style was “anime girl mixed with acid vomit.”

I’m really inspired by my peers at school. I worship them. I like work that is cerebral and surreal and uses dark humor. I mean, I love looking at Monet’s work, it’s beautiful and it’s extremely emotional. But LUmkA isn’t about beauty, it’s gritty, it’s this little chasm of the world that’s dark, surreal and funny at the same time.

I love Alexander Wang, his designs and his brand. My favorite musicians are 100 Gecs and Enigma. I love painters like Tim Hussey and Max Ernst. [Ernst] is a surrealist painter, from the 20th century. In terms of literature, I’ve been reading a lot of Virginia Woolf. Her work is sometimes so bizarre, but I think it hits a similar nerve as LUmkA. Both are difficult but allow for small moments of clarity.

That’s awesome. It’s eclectic. I think you can argue that all art in itself is connected. I definitely could see notes of surrealism in your artwork, especially in the painting portions, but even in the sound mixes that you do, there is a lot of mixing and matching of different noises and feelings. It’s really interesting. Did you say your major is collaborative art?

It was a new major last year; it’s a multidisciplinary art program. I actually initially went there to be a writer.

I’m in Gallatin, the Interdisciplinary school so I definitely see the connections within working in mixed media. I also originally came to NYU, thinking I wanted to be a creative writer, but they don’t have a creative writing [undergrad] major. Then I ended up being put in this undeclared group that I was in for two years, which led me into Gallatin. I saw my interests expand from classifying myself as a writer to classifying myself as a storyteller. I got more into visual art, like film and things like that. I’m learning more about it so that I can be at the helm of making visual media.

I love that. I was on your website, and there was a piece about your mother. It really struck a nerve in me, could you tell me about how you processed that piece?

I just chose to write about my mom at the time. I was actually abroad before COVID-19, and I hadn’t seen my mother in a while, and she was on my mind. As you grow up, your perception of your parents changes. One begins to move away from seeing them as irreproachable people who have it all together and towards seeing their humanity.

I think she’s such an expansive topic to write about. I used theoretical language to try to approach her as an idea, instead of as a concrete individual, because it is a complex relationship. But especially for me, the root of it is admiration, respect, and the act of marveling at this person who is still evolving in their personhood at the same time as me, just in a different state.

I think it’s so interesting that you made your own platform. Instead of making a TikTok or starting a YouTube channel, you started kind of on your own plane of something that you created. Was that a conscious effort?

I’ve always been a very entrepreneurial person. I come from an entrepreneurial family. I was raised to be fearless, to believe that if you want to make something happen, you have to create it yourself. I knew I wanted LUmkA to be a multidisciplinary umbrella for different forms and issues. LUmka is more than a collection of work, it has turned into a functioning entertainment and art brand. Most importantly, LUmka is a process. 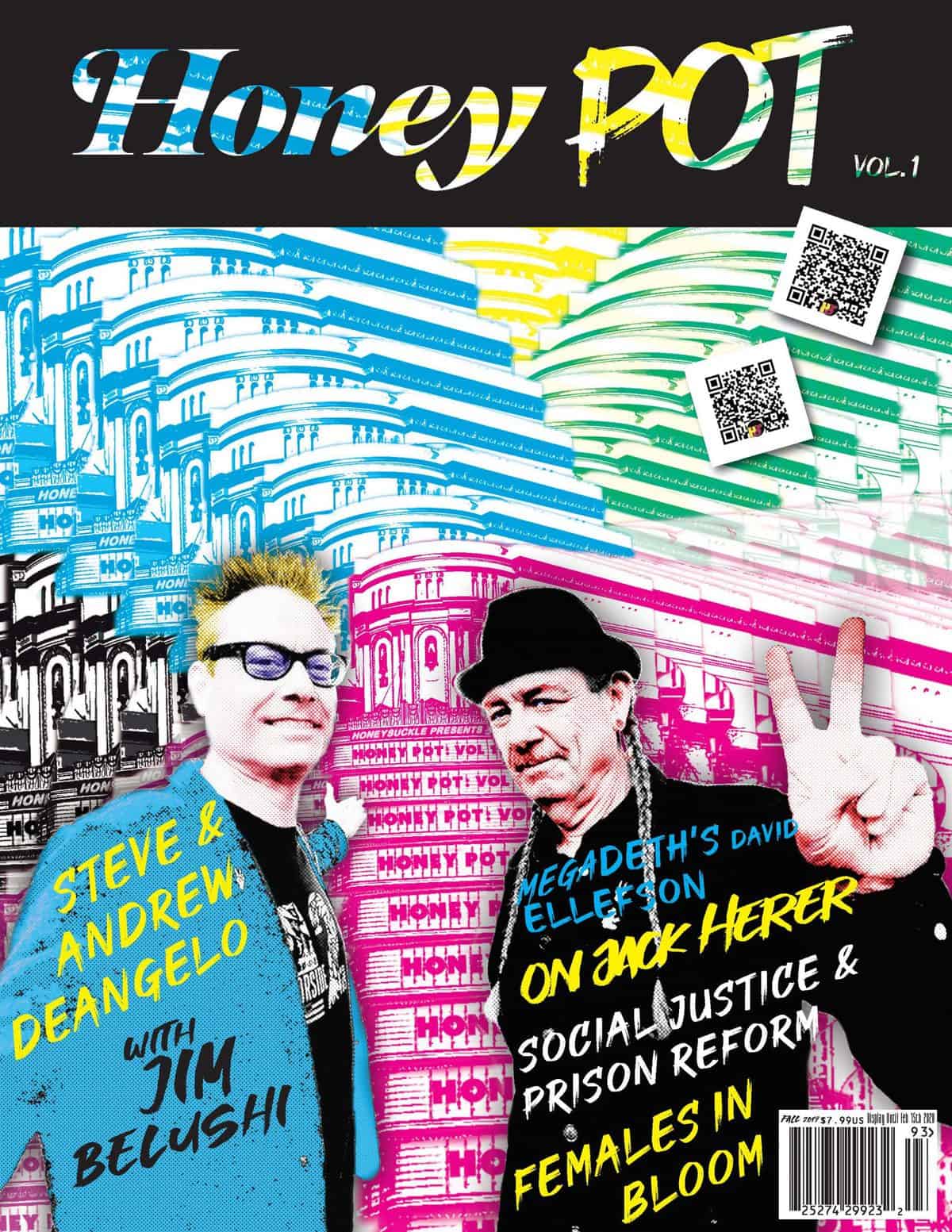 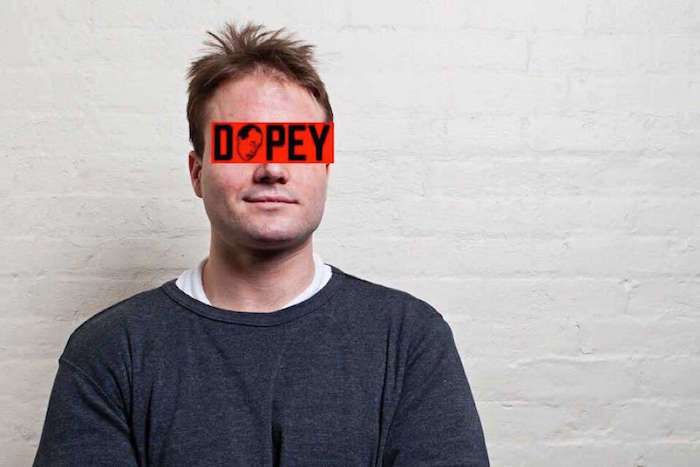