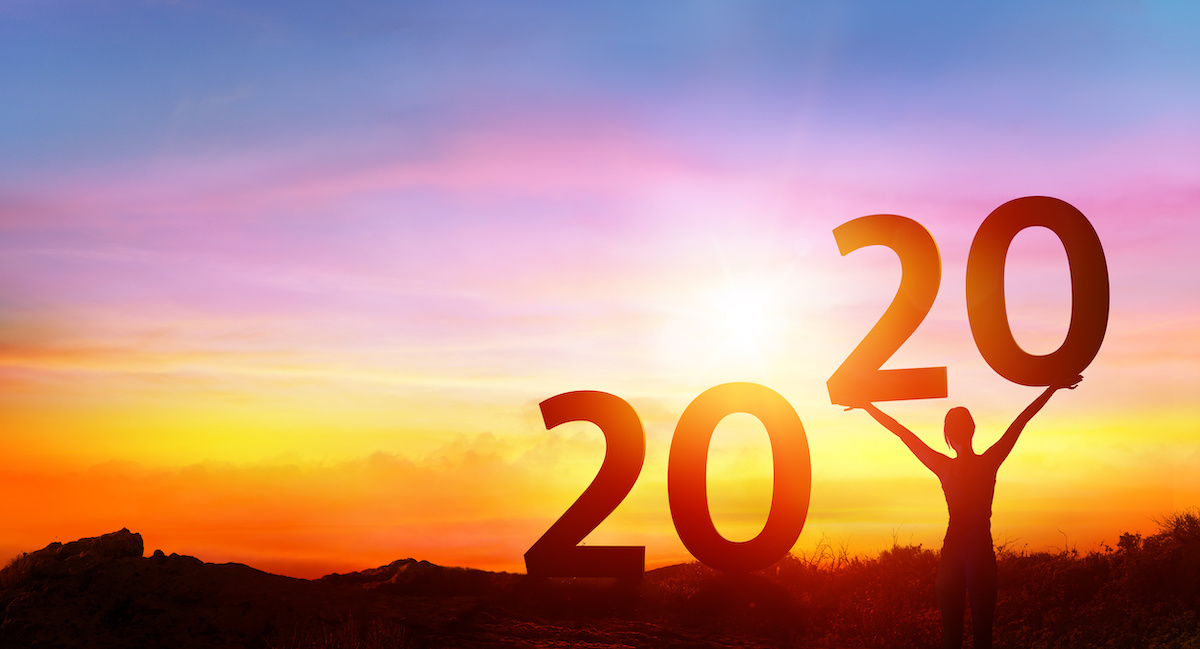 Some Trials and Triumphs Women Faced in 2020

a year ago by Rina Lokaj • 7 min read

2020 has been a paradoxical year, bringing about both highs and lows in the global experience of womanhood. From political wins to international atrocities, here are key events women faced in 2020.

We would hope that by this point in the 21st century, women would no longer have to suffer injustices simply due to their gender. However, this is an unfortunate reality. 2020 has been a paradoxical year, bringing about both highs and lows in the global experience of womanhood.

Some of the highs: Individuals like Kamala Harris, our future vice president; Stacey Abrams, the first Black woman to be a major party’s nominee for governor and a major driver of voter mobilization behind Joe Biden’s win in Georgia; and Margaret Kibben, the first female Chaplain in the House of Representatives, prove that we are making strides in equality.

Yet, this past year has also proven that, in many aspects, women continue to struggle with horrendous atrocities. Worldwide, women are still being abused, their rights are being stripped away, and sexism and inequality still pervade their daily lives. Below, we shed light on just a few of the most powerful trials and triumphs of 2020.

Harvey Weinstein spent decades committing rape, threatening and blackmailing women in the entertainment industry. Survivors of his abuse number in the hundreds, including such high-profile figures as Rose McGowan, Ashley Judd, and Cate Blanchett. After years of suffering alone, the Silence Breakers, a group of Weinstein’s survivors and leading activists helping pioneer the #MeToo movement, publicly came out and testified against Weinstein, exposing his depraved history.

In March, the wheelchair/walker-bound 67-year-old Weinstein was sentenced to 23 years in prison for his crimes of rape and sexual assault. Women everywhere expressed their relief and sentiments surrounding the future of the #MeToo movement and sexual assaults in Hollywood.

A lifelong champion of women’s rights, Supreme Court Justice Ruth Bader Ginsburg’s death caused shockwaves felt across the country by women and men alike. Being only the second woman in history confirmed to the Supreme Court in 1993, Ginsburg spent years fighting for equality, co-founding the ACLU’S Women’s Rights Project and arguing for equal pay and the right to serve on juries, among other fundamental rights.

As shown in the biopic On the Basis of Sex (2018), Ginsburg was lead counsel for the landmark case Moritz v. Commissioner (1972), the first time that the United States tax code was found to be in violation of the Equal Protection Clause.

Though Ginsburg’s dying wish was to not be replaced until after a president was elected, the Senate officially confirmed Amy Coney Barrett to the Supreme Court in October, angering many women around the country who knew of her conservative views. Barrett’s pro-life stances could be the deciding factor in up to 17 abortion-related cases set to go to the Supreme Court in the upcoming years.

Long and grueling, the 2020 election gave us hope for the possibility of having a woman as president, only to lose it when Democratic candidates Kamala Harris, Amy Klobuchar and Elizabeth Warren dropped out of the presidential race. However, that changed when Joe Biden chose Kamala Harris as his vice president. Harris will be the first female and Black vice president in our country’s history, and the first of South Asian descent.

At news of Biden’s eventual election, women around the country rejoiced over the fact that a woman would take on the Oval Office, even if not in the role of President. “While I may be the first woman in this office [of Vice President],” Harris vowed, “I will not be the last, because every little girl watching tonight sees that this is a country of possibilities.” She promises to offer abortion rights under the same level as protection as any other human rights, campaigns to close the gender pay gap and aims to fix the current healthcare system in order to ensure reproductive rights to women.

Poland has a notorious history of maintainingg one of the most restrictive abortion laws in Europe. Up through 2020, the country only allowed abortions in three instances: fetal abnormalities, threat to a woman’s life, or rape. 98% of abortions, however, were based on evidence of fetal abnormalities. However, in October, courts ruled that abortions occuring due to fetal abnormalities are unconstitutional, sparking mass protests by women. The ruling came due to the nationalist Law and Justice Party, many of whom appointed judges to the courts making the decisions.

Many women are already undergoing illegal abortions or traveling abroad to have them because Polish doctors can refuse to perform a legal abortion or provide contraception for any number of reasons. This latest ruling just magnifies yet again how the Polish government continues to infringe on women’s already-limited rights.

Playing for Vanderbilt, 21-year-old Sarah Fuller made history in November when she became the first woman to play in a Power 5 game. After scoring a point in an unprecedented game against Tennessee, she has been honored in the College Football Hall of Fame. Remarkably, other women broke barriers in sports this year, including Katie Sowers of the San Francisco 49ers, who became the first woman to coach in the Super Bowl. Additionally, Kim Ng became the first general manager for a Major League Baseball team, the Miami Marlins. She is the highest-ranking female baseball executive in American history.

As a traditionalist country, Kuwait’s laws and culture have historically limited freedoms for its women. Not only are 44% of women physically abused by family members and husbands, but a standard practice of dismissals from police has scared many victims away from seeking help. The anti-feminist culture establishes a precedent for women not to be believed in domestic violence cases.

Even when they are, men still have more power in this misogynistic society and cope with far more lenient consequences than one would expect given the crime. For example, men are often given reduced sentences for killing their spouses if there is speculation of adultery.

However, after the brutal killing of a pregnant woman in Kuwait by her brother, the government issued a new law which will provide shelters, hotlines, counseling and restraining orders to battered women. Despite some serious flaws in the law, such as no protections for former spouses or unmarried women, its passage marks a significant step toward gender equality in the Middle East.

A Muslim influencer who founded the blog Muslim Girl which is geared towards elevating Muslim girls and women, Amani al-Khatahtbeh was forcibly removed from an American Airlines flight in November after a male passenger stated he did not feel comfortable with her presence there.

The passenger got into an altercation with al-Khatahtbeh, veiled in her hijab at the time, and it is implied that her traditional dress provoked his ire. Though both individuals took part in the situation, the TSA forced only al-Khatahtbeh to leave the flight and only she was charged for the disturbance, while the male passenger was neither removed nor reprimanded. Al-Khatahtbeh’s Muslim identity, coupled with the public presumption of her “weaker” female gender, made her an easy target for bigoted and sexist people to exert their power, masked under the guise of “security.” People have taken to social media to express their horror over the blatant Islamophobia expressed in the airline’s decision.

31-year-old Nicole Addimando was physically and sexually abused for over a decade by her live-in boyfriend, who was also the father of her children. Finally, she snapped, shooting and killing her sleeping boyfriend one day in what she expressed as self-defense. She claimed that she could not leave her boyfriend for fear of being killed, a situation commonly seen in domestic violence cases.

However, in the presiding judge’s opinion, Addimando could have easily just left while the boyfriend was sleeping. Her recent prison sentence of 19 years signals a bleak outlook for future victims of abuse who feel the need to defend themselves. The ruling comes on the heels of an already dangerous precedent for cases regarding abuse victims.

There is no separate basis in law for a history of abuse to be considered in a ruling in most countries around the world, which allows women to be charged as cold-blooded murderers, as in Addimando’s case.

Manisha Valmiki, 19 years old, was brutally gang-raped in India by four upper caste men in September of 2020, her tongue severed and her spine broken in the attack. She died a few days after the rape. Her body was then burned against the will of her parents in order to destroy any evidence against the men.

The harrowing crime received little coverage by local media because of her lower-caste status, causing protests to erupt in India. In the past, there has been a systematic attempt to cover up any wrongdoings against lower-class women by police, the government, and the media, which angered women in India.

Due to the blatant difference in power between the upper and lower caste members, as well as the lack of autonomy given to the government-controlled media, it is unclear the status of the case and protests.

Outrage ensued after the murder of a 27-year-old woman in Turkey by her boyfriend, just one of many “honor killings” customary in several Middle-Eastern countries, where women can be beaten and killed if they “disrespect” their husbands, fathers or brothers.

42% of women between 15 and 60 years of age say they have suffered some sort of physical or sexual violence by their spouses due to perceptions of disrespect.

In 2019, 474 women were murdered in cold blood via the conceit of “honor killings.” Yet 2020, with the added stress of the pandemic and a struggling economy, has seen the worst annual rate of murders in Turkey by far. The country makes few protections available to women, and the killings will continue to rise unless there is systematic change in Turkish government.

Globally, this has been a year of great accomplishment in women’s rights, while simultaneously emphasizing the suffering of so many in the United States and around the world. In 2020, we were able to see them achieve powerful positions in office, break barriers and stereotypes in sports, have their experiences as victims validated and perpetrators brought to justice.

But there is still a lot of work to be done. Around the world and in this country, women suffer. They are being beaten, abused and brutalized, their rights to their own bodies routinely stripped away, and there is absolutely no justice for them.

To ensure protection and better treatment for women, we need to ensure the right people take public office. Kamala Harris’s election serves as the first step in a positive direction. Luckily, there are also many organizations that you can support that work towards equality for women, such as the Center for Reproductive Rights which aims to remove the restrictions on abortions around the world. Women accomplished impressive achievements in 2020, but much more has to be done before we can say that women have been granted all the equal rights they deserve.

To honor the contributions of women entrepreneurs and encourage the empowerment and progress of women investors, check out this incredible resource guide. You'll find the top women-owned companies operating today and information on supporting women in business. 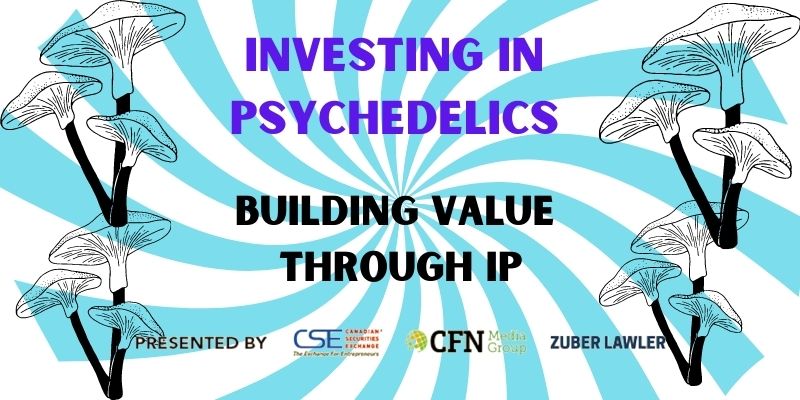 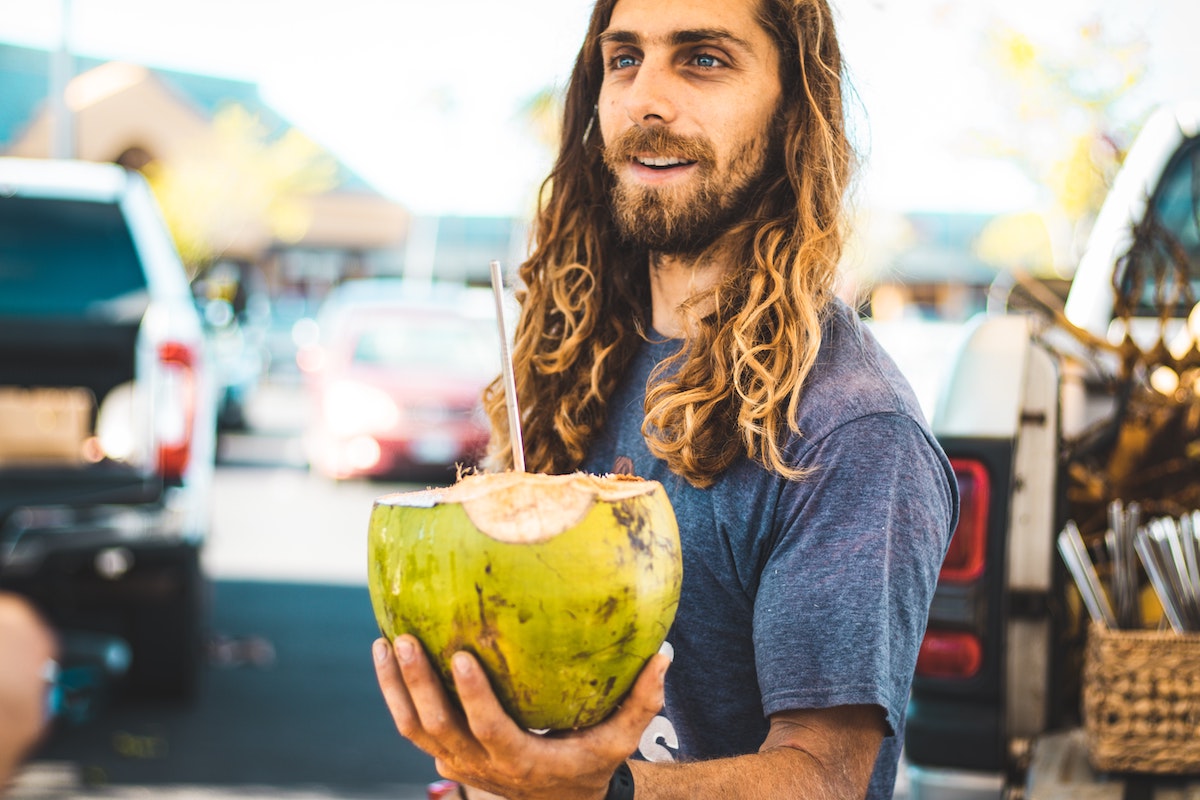