a year ago by Kayleen Procanik • 6 min read

One of the first film festivals to open live since the pandemic, Katra delivers the best in independent cinema for a milestone decade.

Suspenseful music played as a woman with untamed red hair and fanatical red eyes descended from her bed. My hands reached for my eyes, though not before I caught a life-altering glimpse. The blood-curdling sight of a possessed woman, mutilating her own toenails in John Gray’s thrilling short Household Demons was utterly terrifying, yet wildly captivating.

After having adapted to an online showcase and socially distanced awards ceremony during the midst of the 2020 lockdown, Katra Film Series officially opened in 2021 for a return to in-person screenings once again. Known for discovering and showcasing indie short films, the series commenced their 10th anniversary showcase on June 22 both virtually at XERB.TV and in-person at AMC Theatres in Times Square, New York.

“It’s been a long journey; we started at a little hookah bar showcasing films with friends,” said Geoffrey Guerrero, co-founder of the Katra Film Series. “It's expanded and grown, filmmakers loved being a part of our event and we started getting sponsors and made it into a competition, then opened it up to international filmmakers.”

The Katra Film Series showcased a number of captivating pieces, filling spectator seats with filmmakers, cast members and film lovers of all ages with the help of sponsorships with UKW Media, JMR Rentals, BKLYN Commons, Brooklyn Brewery, Final Draft, International Screenwriters' Association, Meditative Writing, and Screen Blade. Although Katra has evolved from screenings in a hookah bar to AMC theaters, their mission to discover, exhibit, and promote quality emerging cinema remained an immutable force. In the age of commercialization and the hyper-facade of glamorous Hollywood, Katra’s mission remains as a much needed reminder of how film really started- through the discourse of ideas among passionate film-lovers.

As New York and theatres fully reopen, Guerrero stressed Katra’s goal to “bring independent cinema back into movie theaters” with the creation of the New York Pause film festival this year. Guerrero recognized the importance of indie films in allowing audiences to “see more films from diverse backgrounds,” especially from the minority and international perspectives under-represented in mainstream Hollywood. Indie films serve to ground and familiarize us with more personalized perspectives, bringing a touch of authenticity in our increasingly filtered and sensensationalized world, making films from independent filmmakers an integral presence to the reopening of theatres.

However, the uncertainty of the pandemic challenged Katra Film Series, prompting the series to expand their platform virtually with the help of XERB.TV in order to “give the audiences an opportunity to still stay in touch and see something new,” said Guerrero. Katra hopes to incorporate the hybrid format implemented during the pandemic into future festivals, allowing more people to experience independent films wherever they are.

Despite Katra providing options to watch from home, AMC’s screening room in Times Square was particularly lively, filled with high-spirited viewers excited to be in theaters again. Sitting in the theaters next to maskless strangers felt like being transported back in time, although instead of my usual movie theater get-up of sweatshirt and sweatpants, I was in red-carpet ready glam. It seemed many people in the room had dressed in a similar fashion whether they were spectators there to support their cast member friends or cast members themselves. It felt nice to dress up, even if we were in a pitch-black room with our eyes glued to the screen.

Judging from the sorrowful “Aw’s”, anticipatory “No’s”, and laughter from the audience, the films elicited a wide range of emotions. As the credits began to roll on Jaclyn Noel’s The Other Side of the Night, the man beside me yelled “PERFECTION” while he sat at the edge of his seat, beaming with enthusiasm. The noise of strangers may have irritated me before, but now it was thrilling to know that I was in the presence of people who were just as excited to experience movies on the big screen as I was.

Based on the eruptions of laughter across the crowd, John Gray’s Exit Package and Juliana Pitt’s Pandemic Zoom seemed to be big hits in the comedy genre, touching on relatable Zoom struggles. Yerania Del Orbe’s La Santera and Grace Swee’s Distance Kong Jian were equally culturally relevant and emotionally charged, depicting a young woman grappling with her mother’s Santeria faith to protect her sister from a predatory uncle, and a Singaporean woman coping with her mother’s death after the intimacy of caretaking. Films like Hell's Kitchen, directed by Steve Young, and The Della Morte Sisters, from Bill Sorvino, bore Martin Scorsese undertones in their thrilling Italian mafia themed storylines. Of the films that I watched, Jeremiah Kipp’s steamy yet sinister Sins was my favorite, chronicling a seductive woman who engages in a scandalous and secretive affair with her daughter’s boyfriend in the Italian countryside, ending in explosive jealousy.

After each set of screenings followed a Q&A, facilitated by the festival co-founder Geoffrey Guerrero. Recognizing the faces of those I had just watched on the big screen, I found myself feeling awestruck watching the cast members walk onto the platform before me. However, the formality of an arranged Q&A quickly faded with questions from the audience, which consisted of filmmakers asking for advice on budgeting, complimentary movie buffs, and conversations about topics from gentrification to family.

In almost an instant, what was once a Q&A turned into a conversation between friends, with those on the panel taking their opportunity to compliment their fellow directors. In a heartfelt moment, The Fall of a Sparrow director Jose Rivera raved about Grace Swee’s capturing of intimacy in Distance. Though many of the creators attending were showcasing their films for the first time, there was an undeniable sense of familiarity and support amongst audience members and filmmakers alike.

Katra Film Series upholds, yet again, an atmosphere of comfort and passion while maintaining an uncompromising sense of professionalism. In the ever-growing commercialization of the film industry, the festival serves as a reminder that passion and genuine connection are what truly brings films to life. Geoffrey Guerrero and Katra Film series’ push to return independent films to theaters proved to be a worthy task, bringing back long-awaited warmth and inspiration during the lonesome time of the pandemic.

Following the screenings, audience members alongside a grand jury of film professionals chose the final winners from six categories. Winner of the Best Short Film category was Yerania Del Orbe’s La Santeria. Lauren McCann’s feminist twist on Fight Club, Girl Boxer won in the Best Episodic/TV Pilot category, which follows an ambitious young mother as she fights for her daughter’s freedom. Lakshmi Devi’s When the Music Changes, about a young woman navigating her toxic relationship while dealing with the trauma of sexual assault, won in the Best Feature Film category. Addie Johnson Talbott and Daniel Talbott, and Alessandra Mesa won Best Feature Screenplay for the second year in a row with their original screenplay A Kinder Sea. The Best Short Screenplay was awarded to Kate’s Ballad written by Rory O‘Connor. From the virtual screenings, Alexis Karl’s Metamorph won Best Experimental Film and Keith Eccles’ Fat Lolli to 6 Pack Lolli won in the Best Documentary category.

“There are too many filmmakers from different backgrounds and diverse communities that are not getting proper representation and industry support,” Guerrero says, “and unfortunately, in most cases they are left to their own devices to navigate this challenging industry. With NFNV we hope to change that and make the industry more accessible and open to new faces and voices from all backgrounds and communities.” 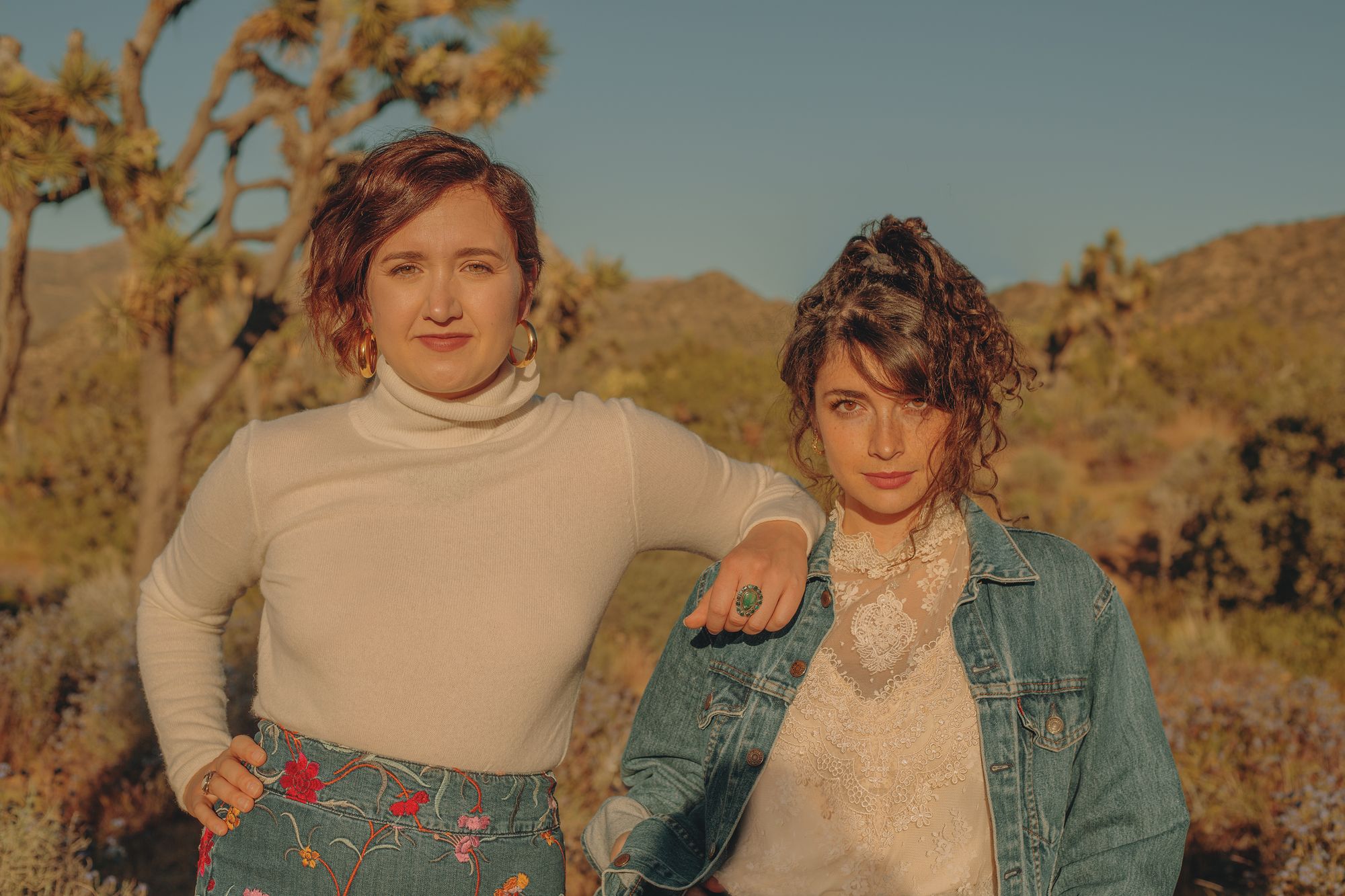 Living Psychedelically: DoubleBlind Founders on Issue 05 and Beyond

How to Dry Shrooms