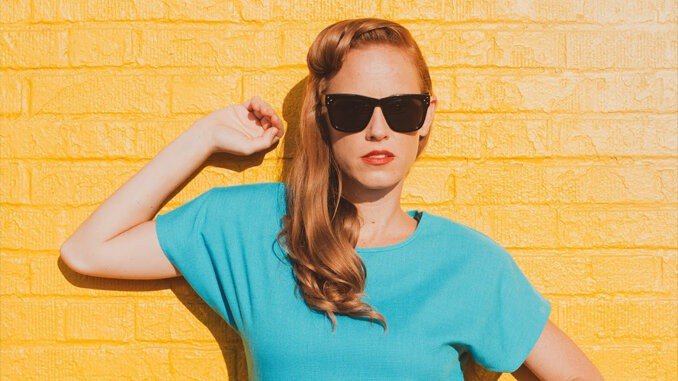 Kasey Williams is a New York based actress and a singer-songwriter who was born and raised in East Tennessee. We recently heard her emotional and soul-felt performance at Rockwood Music Hall, NYC and were thus unsurprised by her declaration that as a performer, she wants to be “fearless. Whether that means digging a little deeper to write a song with meaning, or putting on my best demon-possessed hooker face. I like a challenge, and I hope that my work will inspire, evoke some sort of emotion and allow me to connect with others.”Here are some words the passionate performer had to share with Honeysuckle.

Can you tell us about your musical background and where you grew up?

I was born and raised in Johnson City, TN. Growing up I feel like I was always drawn to music, but never took lessons. I used to get excited to go to my grandmother’s house because she had a room with a piano and an organ. (I liked plucking around on both.) I was a part of choir in middle school and high school and I always enjoyed singing but was intimidated to sing solos. I grew up dancing and that was the biggest part of my life outside of school. I danced all through college and was part of the theater world. Once I graduated, I moved to New York City to pursue acting. During those years, I did a lot of theater and film work. It was about 7 years ago when I really started to feel a desire to write and perform my own songs.At the time, I was hanging around a lot of musicians and singer-songwriters in the New York scene, so a lot of my inspiration came from them. It was at a Brandie Carlile concert I attended that the desire to write songs hit me hard. I actually had a hard time enjoying the show because I was so anxious. The next morning, I woke up and wrote my first song. I really didn’t know how to play the piano, but I plucked around until I found the sound that I liked. I honestly didn’t think I would ever perform my songs live, let alone record them and then go on tour! So, I am still really excited about what I am doing and grateful for each stepping stone that continues to unfold.

How would you compare the music scenes between New York City and Nashville?

I think the biggest difference I see is the songwriting scene. Nashville seems to be really focused on songwriting, co-writing, and trying to get publishing deals. New York to me feels like artists are more performance focused. There’s definitely a sense of community in both cities and there are so many New York to Nashville transplants that there are a lot of similarities. Lots of hustle in both cities.

Your music is pleasantly emotive, a breath of fresh air. What do you draw from; heartbreak, pain, happiness, love, personal experience?

Well, thank you. And yep, pretty much all the above. I would say most of my songs are drawn from my personal experiences. I am pretty much an open book in life and I think that translates in my writing. For me, songwriting is my creative way to express myself. Before it was acting. And while I LOVE acting, I got to a point where I was feeling like my expression was at the mercy of a lot of other people’s ideas. With songwriting, I get to do and say whatever I want. It’s nice to have something that feels like it’s all mine. I always love when an artist is really personable on stage. I like hearing their stories about where their songs came from, so for me it’s a treat to get to share my story and hopefully relate to people on a real level.

What artists have influenced you most?

This is always an interesting question for me because I think it’s constantly changing. But I will say I am really big on lyrics and so I often find myself listening to singer-songwriters. I have always loved Sara Bareilles. Her writing is on point every time. Lately, I have been listening to Passenger. I don’t know where his writing comes from but ugh… heartbreaking and so honest. I love Taylor Swift, James Bay, The Lone Bellow, Ed Sheeran, Michael Franti, Glen Hansard and tons more. But yeah, I am always drawn to the words.

I grew up in East Tennessee and used to despise country music. Like, it would make car sick. Ha ha! But at some point, it started growing on me. Probably because it’s all my high school boyfriend listened to. I don’t listen to it often now. Although I was recently introduced to Will Hogue. He’s awesome and so is Chris Stapleton. But I mostly like older country music. Johnny Cash! Kenny Chesney, Bonnie Raitt, Allison Krauss, Tim McGraw, Willie Nelson, etc. A lot of the big 90’s artists.

Where do you see yourself in the next 5 years?

Well, I’ve never been a five-year planner. But in I do have big plans for this year. I am about to start recording my sophomore album and I am SO EXCITED! I am planning to release it by fall of this year if all goes as scheduled. I am also planning a two-month cross country tour this August through October. Basically, I love writing, performing and traveling. So, my goals are to find ways to do those three things as much as possible. I would eventually like to take my music around the world. It’d be really cool to have a beach house somewhere in the next few years as well.

Tell us about the Taco Love Fest.

Basically, I love tacos so much I wrote a rap about it. Ha! A couple of years ago, I booked a gig on Cinco de Mayo and decided I was going to write a song about two of my favorite things: tacos and margaritas. That “song” ended up being a rap. And that rap became a rap video and then I decided to make t-shirts that say “Taco Love Fest,” taken from the lyric, “Tacos, I’m obsessed. Every day is like a taco love fest.” Ya know, just writing about love.

Let’s talk about “Get the Fuck Outta My Way,” it was lot of fun.

This is another personal story as well. I wrote this song one afternoon right before I headed out to my waitressing job at the time. It really helped me deal with the customers that night. It’s just a happy ditty for all those drunk people I want to smile at and say, “Get the Fuck Outta My Way.”For tour dates and more information on Kasey Williams visit, kaseywilliams.com. 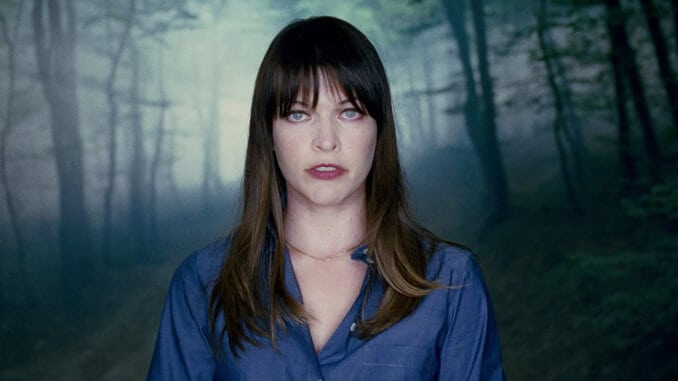