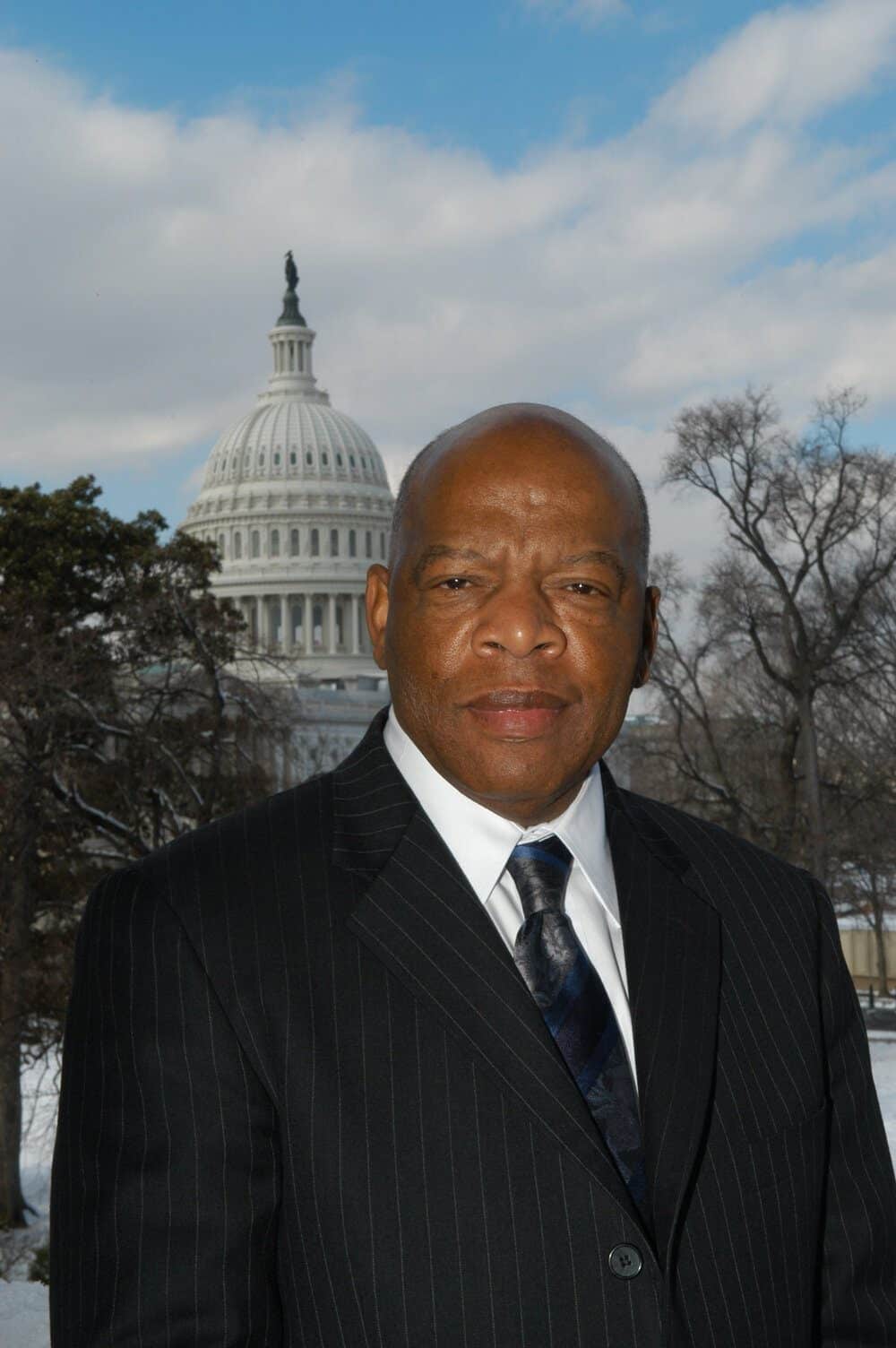 There is no denying the solid legacy that Lewis has built with his past, but what of the future of the party in which he holds a position of leadership?

His numbers are impressive. He has been elected to Congress 17 times. He was 17 years old when he met Rosa Parks, having supported the Montgomery Bus Boycott she inspired. He was one of the 13 original “Freedom Riders.” At 23, he was the youngest member of the “Big Six” leaders of the 1963 March on Washington and the youngest speaker to take the same podium where Martin Luther King said he had a dream. He was one of 58 people attacked and beaten on “Bloody Sunday,” March 7, 1965 in Selma, Alabama. He has been arrested around 45 times, 40 of which were during the fight for Civil Rights, but at age 78, Congressman John Lewis doesn’t appear to feel “no ways tired.”

“As a participant in the Civil Rights Movement during the 60s, the 70s, and as a member of Congress during and since the 80s, I would say that we’ve come a distance. We’ve made a lot of progress, but we still have a distance to travel before we lay down the burden of race, discrimination and the violence that exists in our society toward people of color,” says Lewis, a Democrat representing Georgia’s 5th District. “We’re not there yet. The scars and stains of racism are still deeply embedded in every corner of American society. And Blacks and Whites, Hispanics, Asian-Americans, Native Americans, all of us must come together to remove the stain of racism from our society.”

Lewis comes from a different era of activism, where protest meant more than merely making a meme, but he has great respect for the potential of the hashtag movements of today. “As I see it clearly today, if we can use social media to bring social change – We can talk, we can telephone, use emails, use social media as a powerful instrument or tool, a nonviolent weapon. But we cannot be armchair activists,” he says. “We have to be brave, bold, and courageous, to stand up, to speak up, to get into what I call ‘good trouble.’ Necessary trouble.”

The expression rings true with Khalil Gibran Muhammad, a professor of history, race and public policy at the Harvard Kennedy School and Radcliffe Institute for Advanced Study. “His phrase, there’s always time for necessary trouble, is really important,” says Muhammad, who worked with Congressman Lewis during Muhammad’s time as the director of the Schomburg Center for Research in Black Culture. “He took the time to meet with our students, with the youth program, and even writing the March series. I think [those] are all testaments to his very keen sense that the future of this country depends on what young Black people are doing in social justice. I think very highly of Congressman Lewis, and I’m glad he’s still around.”

While Lewis encourages the efforts of digital age activists, he also stresses the need for the next generation to know the history of those that have gone before and for them to create their own legacy. “If our people know the distance we’ve come and the progress we’ve made, and build on that progress, build on that suffering and struggling and bloodshed of people, then we would be much better off. There’s too many young people, too many young African-Americans, who are going through life without knowing anything about our history, our history of struggle. The history of suffering, of pain and I hear too many young people saying, ‘I’m not going to register. I’m not going to vote. There’s not anything in it for me.’ I always say, ‘Go out there. Register. Vote. Get the best possible education. Run for office. Get elected. Make a contribution. Do something.’”

Looking back at the Civil Rights era, while desegregation in the face of blatant institutionalized racism was vital, some wonder if the concept of integrating into mainstream was the best outcome for Black America. According to Harry Belafonte, even Martin Luther King, Jr. said: “I fear I am integrating my people into a burning house.” Lewis offers his perspective on the issue: “I think we did what we considered was right at the time and what… was necessary. We had to break down those barriers, we had to end segregation in places of public accommodation where people could not get a glass of water or get a soda at a fountain simply because of the color of their skin. Couldn’t use restroom facilities in certain places. People had to go to the back of the bus. Had to stand up rather than take a seat. That was dehumanizing. We had to struggle for human dignity, and the steps that we took, those were baby steps, but they were necessary steps to change, especially in the American South.

“During that period we gave everything we had. It was those brave and courageous foot-soldiers, people that were beaten, arrested many times, and placed in jail. There were people who were murdered simply trying to register to vote or trying to desegregate a bus, or to enter a school, and I’d applaud anyone White or Black or Hispanic or Asian-American or Native Americans doing what they could to make things better,” says Lewis. “People played a role and they played it well. I think it’s left up to another generation to pick up the pieces and carry the torch and carry all of us together down that long road to freedom and equality.”

Lewis was one of those brave foot-soldiers, beaten, arrested many times and placed in jail, including having his skull fractured at the bridge to Selma and being beaten unconscious in Montgomery. He had led by example and is in a rightful position to ask the service of the younger generations.

“I think that John Lewis represents the highest ideals of what the Civil Rights movement and its political project hopes to achieve, which is talented committed Black people to help lead the nation towards a better tomorrow,” says Muhammad. “He has done that incredibly admirably and he hasn’t softened his capacity to speak truth to power, where issues of justice and equality matter. I think his leadership, to be more specific in the context of Black Lives Matter, during a period when we still had the first Black president in office, I think is a really important milestone in the career of a veteran politician, because he very well could have followed the perspective that those young people didn’t have much to complain about given the sacrifices of his generation. But instead, he kept insisting that the young people always play a role in social movements, just as he did.”

While Lewis has earned his acclaim and accolades and paid with blood and pain for his high regard and honors, can the same genuinely be said, contemporarily and historically, of his political party? The recent ‘Blexit’ argument that the Democrats take the Black community for granted was a ripple in the political pond for a time. While Muhammad sees truth in the exploitative perception, the Congressman offered this assessment: “I don’t think the Democratic Party per se takes the Black community for granted, but we must not allow any political party or organization to take any of us, not one of us, for granted,” says Lewis. “We all must be prepared to do what we can to earn our rightful place in America. By standing up, speaking up, speaking out and fighting the good fight.”

Barbershop talk has recently questioned the backbone of the Democrats. Some have the perception that Dems lack the resolve to reign in Post-Obama Republicans. “I was in a meeting with people in the Democratic Party. Some are very young, some are middle-aged, and some are older, but doing the best they can,” says Lewis of the perception. “But I think we’re too quiet, we’re too patient, and we need to push and pull, and there will come a time when it may be necessary to turn it upside-down, as Dr. King would say again, “to turn it right side up.” You have to be willing and prepared to disturb the order of things.”

It is interesting to note that while Congressman Lewis once called for the impeachment of President George W. Bush, a week or so after President Trump triggered a shutdown and took governmental operations hostage for a $5.7 billion-dollar ransom, Lewis called talk of impeachment “a little premature.” Despite Trump’s long train of abuses, it is a position that

Muhammad can appreciate. “Trump’s base and other sympathetic voters—doesn’t leave the Democratic Party at a distinct advantage in terms of pursuing logic and bringing Trump up on impeachment charges for his lies and his policies as they currently are,” says Muhammad. “Obviously, there’s collusion between his campaign and Russia—that’s a fact at this point—but his supporters have created at least in their minds some firewall between Trump and the half-dozen or so convicted members of his inner circle. The only thing left, really, is for Mueller to make the case that Trump, in fact, knew what was going on and is in fact guilty. If they jump the gun on that, then in some ways, they could do enough political damage to their own credibility that the Mueller investigation, if it does have facts, could be perceived as a scam. I’m just saying the obvious with regards to why the party leadership would wait for Mueller. I’m not disappointed; they’re probably making the right call.”

There is no denying the solid legacy that Lewis has built with his past, but what of the future of the party in which he holds a position of leadership? “I think a lot of standard-bearers will have to figure out where they’re going to fit into the equation with regards to the future of the [Democratic] party,” says Muhammad. “It’s going to be a hell of a lot harder to hide as we get closer to 2020; it’s not going to be easy for people to have their cake and eat it too…. No matter where [Lewis] ends up in 2020, he’s earned the right to make the political decisions that are his choice. I always respect him for the sacrifices, leadership and commitment he’s made. He’s got a lot of credits built up.”

Lewis, facing forward towards the future; feeling no ways tired, has an energetic prescription for the progression of the people: “I think it’s important for Black leaders and spokespeople – Black lawyers and doctors, Black teachers and scholars, Black professionals – to stand. We must cast down our bucket. Help to heal and save our neighborhoods, save our communities, and we have the resources to do it. Let’s do it. Let’s pull together. Just pool our resources. Let’s make our cities, our towns, our communities, what they should be. I am very, very hopeful and very optimistic about the future. We will get there. We will create a different America. We will create a better world. We will create a better community at peace with itself.” 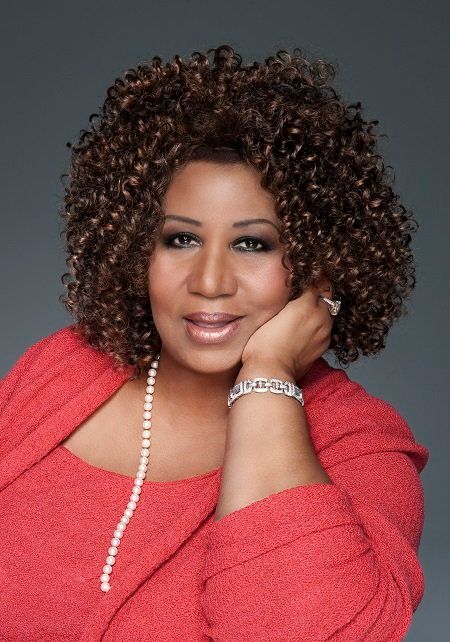