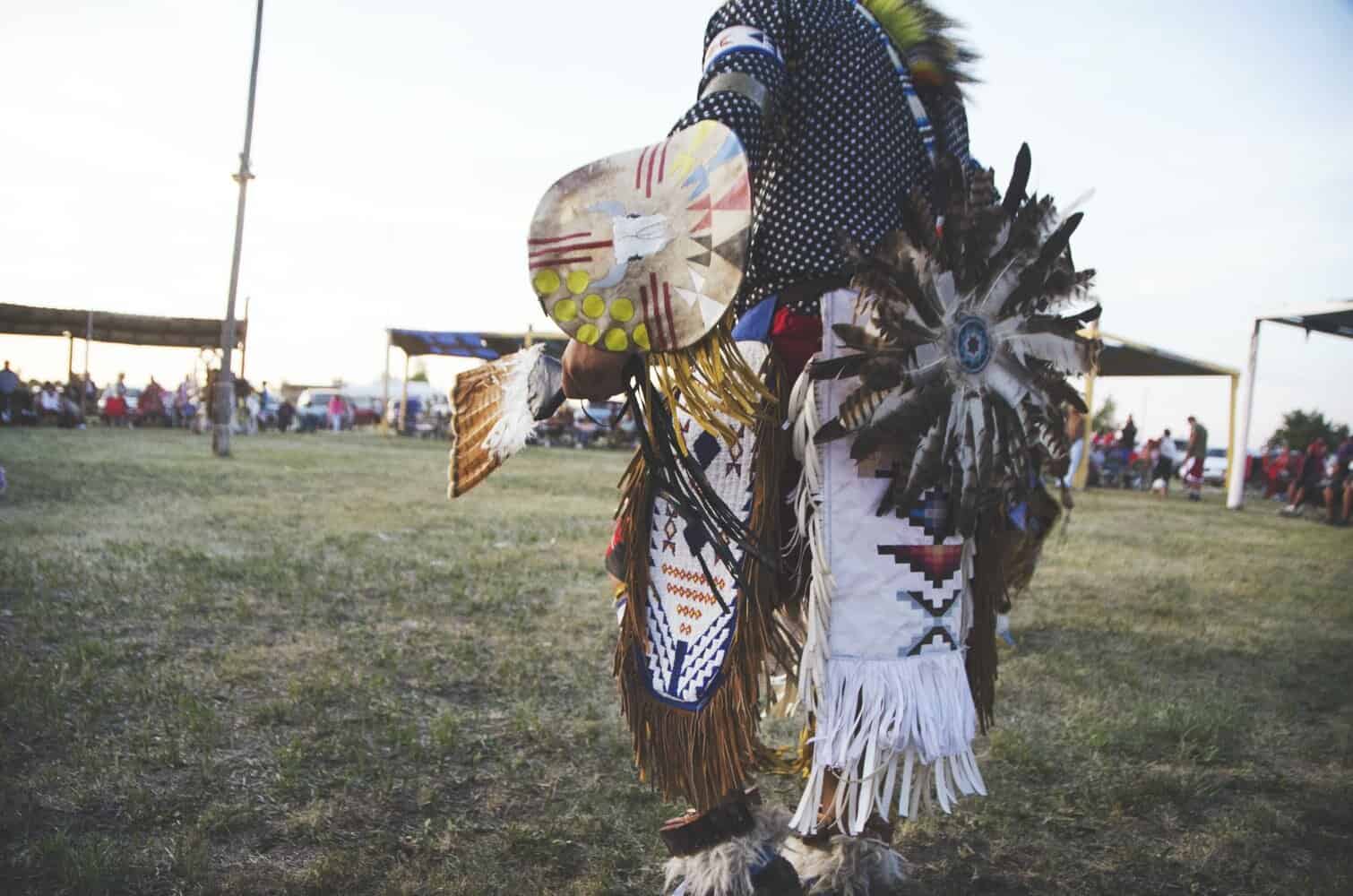 Indigenous Leaders in the US: Activist Spotlight on Vine Deloria Jr.

From the Hoopa people of Northern California to the Seminoles of Southern Florida to the Chamorros of Guam to the Samoans of American Samoa, the US continues to harbor diverse perspectives and cultures.

The United States is one of the most diverse countries in the world. The continental US as well as its territories of Puerto Rico, Guam, American Samoa, the Northern Mariana Islands, and the US Virgin Islands are home to indigenous peoples with rich legacies. From the Hoopa people of Northern California to the Seminoles of Southern Florida to the Chamorros of Guam to the Samoans of American Samoa, the US continues to harbor diverse perspectives and cultures.

US history is saturated with names like Tecumseh of the Shawnee, Geronimo of the Chiricahua Apache, and Chief Seattle of the Suquamish and Duwamish people. The feats of such leaders are passed on through history books and oral tradition. Their names also carry specific weight, lending to the naming of a region or city.

Two other notable leaders commonly covered in documentaries or history programs are Chief Crazy Horse of the Oglala Sioux and Sitting Bull of the Hunkpapa Sioux. In particular, the Sioux, one of the largest indigenous groups in North America, have continued to lead their communities and offer strong examples of guidance for peoples across the world. Today, many groups identify as Dakota, Lakota, and Nakota rather than the French-derived term Sioux.

Born during the Great Depression in 1933, only 24 years after Geronimo’s death in Texas, Vine Deloria Jr. was born in South Dakota to Sioux parents near the Pine Ridge Oglala Reservation of the Hunkpapa Lakota Tribe. While he wouldn’t stake his claim to fame through leading others into battle like Chief Crazy Horse or Sitting Bull, Deloria Jr. would go on to become one of the most prolific warriors and leaders of the American Indian Movement (AIM). What cultural work he began in the 1960s, Deloria Jr. continued to develop for decades more.

By the early 90s, Vine Deloria Jr.’s hallmark work on Native American self-determination, Custer Died For Your Sins, enjoyed its second reprint. This was the same time that current president Donald Trump declared multiple bankruptcies, and the 2020 presidential candidate Joe Biden helped expand NATO across the Atlantic. While odds favor Trump for the 2020 election and Biden presents a strong opponent, many Americans also look elsewhere for strong leadership and, though he passed away in 2005, Vine Deloria Jr. created a vast legacy that inspired a new generation of activists and leaders.

First and foremost, Deloria Jr. was a prolific writer and critical theologian. In fact, his father, Vine Deloria Sr., was the first Native American to become a national executive of an Episcopal Church post. And before that, his great grandfather was a medicine man named Saswe. Though ‘medicine’ may indicate that the medical field is involved, in the traditional meaning, ‘medicine’ often refers to spiritual wellness and health. In this way, Deloria Jr. followed in his ancestral footsteps by earning a BD in theology at Augustana Lutheran Seminary in Illinois after receiving his BA from Iowa State University.

While Deloria Jr’s literary work will be discussed later, it’s worth mentioning his storied career. From 1964 to 1967, during the height of the American Indian Movement, which fought to obtain basic rights and renewed treaty agreements for Native American peoples, he served as the executive director of the National Congress of American Indians (NCAI) in Washington DC. Deloria Jr. claimed that the experience at this post taught him more than anything else in his thirty years of life.

At this time, he received crucial insights into the organization of indigenous peoples across the US, North America, and, ultimately, the world. Despite the fact that the NCAI was grievously underfunded and dealing with many intertribal issues that dated back centuries, Deloria Jr. was able to increase membership, accrue grants, and, through this, accomplish very necessary policy changes for Native Americans.

Following his time at NCAI, Deloria Jr. went on to earn his law degree. Following his participation in the American Indian Movement, which ran alongside the Civil Rights Movement of the 1960s, he realized that many tribes didn’t understand their rights and had little to no access to legal counsel. Following the example set by the National Association for the Advancement of Colored People (NAACP), Deloria Jr. set out to provide Native people a similar resource.

Over the next decade, Deloria Jr. lectured at various universities, served as chairperson of the Institute for the Development of Indian Law, and, lastly, served as professor of American Indian Studies, political science, and history of law at the University of Arizona from 1978 t0 1991.

While this rich legacy depicts Deloria Jr. as a visionary, intelligent, and fearless leader, it’s his books, with their searing wit and acute observations, that deserve and have accrued critical attention.

What makes Vine Deloria Jr.’s critical pieces stand out is their humor, which cannot be separated from his writing. It was his unique voice that helped his work to stand out, especially as he undertook the work of discussing and negotiating the narratives put in place by Americans of European descent.

In the end, Deloria Jr. was also writing for a Native American audience. Not only did this further the agenda of the AIM in empowering Native groups, but it also served to help educate and revolutionize the way everyday Americans were thinking. His works Custer Died for Your Sins (1963) and God is Red (1973) are difficult reads, both for the content they present and for the reaction many have when confronting the harsh realities of the past and the problems that remain today.

However, what makes these books a source of inspiration for American people of all walks of life and cultural backgrounds is its ability to critique the world around him, as well as himself. Deloria Jr. doesn’t remove himself from discussions about the importance of environmentalism, honoring multicultural interpretations of law and spirituality, which makes his content easier to process.

Vine Deloria Jr. is an American leader worth following not because of what he said, but because of how he said it. Undaunted by spearheading a Native American movement during a time when larger, more visible minority groups still faced dire reprisal, Deloria Jr. stuck to what he believed, continued to work in both personal and professional spheres for those beliefs, and remained open to having a dialogue with everyone. He exemplified the truth that sometimes there is no way out… only through. 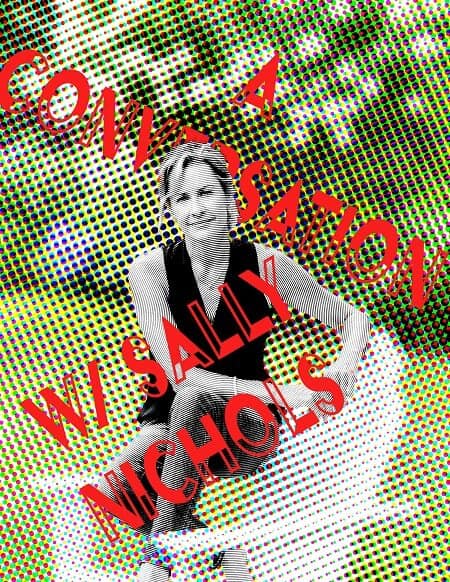 A Conversation With Sally Nichols 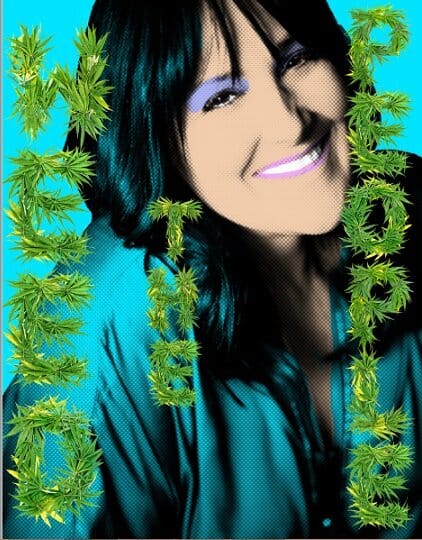