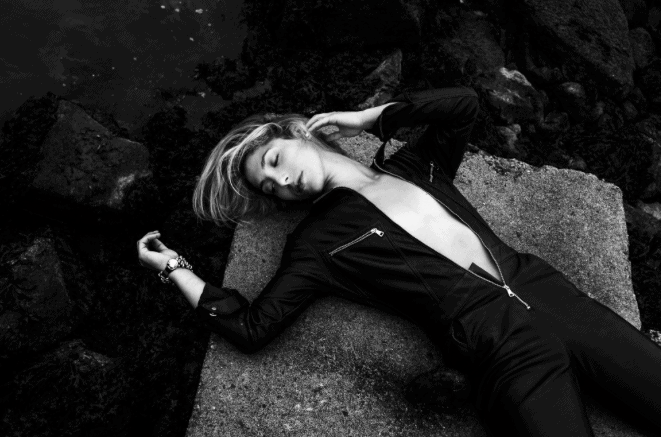 From cleaning bathrooms to touring with Snoop Dogg, the New York native talks life, weed, and the pursuit of a musical empire.

It’s the last day of summer and a balmy 85 degrees at Soho House in New York. I’m here to interview Lanz Pierce, a 27-year-old singer, songwriter, and rapper who recently released her third studio album, Los City. We are set to meet at the pool, which is packed with models, celebrities, and rock stars, but Pierce is easy to spot amongst the crowd in track pants, heels, and a bomber jacket.

Standing out is something Pierce has done since she was young. Born in Queens in 1989, she began composing rhymes at age 11, and just a few years later hit the underground music scene. After years of performing live, she was finally discovered and signed a decade ago by the iconic producer Jimmy Iovine. As she continues her musical journey, we sat down to talk about her new album.

KB: When did you first begin to write your own music?

LP: Since I was a kid, my life was a movie. My parents went through a difficult divorce when I was 6 years old. I had to be stronger than most girls my age. That’s when the creative side of me began to flourish. The movie started.

KB: So as your real-life movie began, you dropped out of school at age 14. That’s really young. Why did you do it?

LP: I don’t think that anyone looks at themselves at a young age and has a goal to be a high school dropout. At age 14, I had this unwavering, clear voice that was like, “You are a performer. You are a rapper. You are that.” It wasn’t something that was a dream or a goal. “This is literally who you are.” I found it really hard to be present in class and present in something that didn’t connect to that goal.

KB: How did your parents feel about your decision?

LP: My mom and dad were concerned about me, of course. My mom was working all the time. My dad was in Queens. I wasn’t showing up to class. You watch that Mean Girls movie, and I was very much a part of that. Being bullied is real. I think it was because I knew who I was as an artist, and I didn’t fit the mold. I would come to school dressed with a bandana around my leg. Originally, I dropped out to be part of an online curriculum. My parents were very supportive. They made themselves a part of my homeschooling. But by the time I was 16, I was signed. So all of that stopped. I’d still like to finish one day and give that back to my parents.

KB: What artist or song shaped the idea of you becoming a rapper?

My childhood babysitter would pick me up from school and blast The Slim Shady LP. I memorized every word of “My Name Is” in the 5th grade. I knew right then I was a rapper. I didn’t think I was going to be one, I knew I was a rapper.

KB: How did you get involved with Quad Recording Studios? Had you been trying for a while before you turned 18?

LP: Quad was the place and I wanted in. I mean, Tupac! One day, I was sick of them telling me no. I just showed up one day got off the elevator like, “Yo, I’m the girl who keeps calling you!” And again they’re like, “We told you NO!”

KB: You finally managed to get a job as an intern, doing everything from coffee runs to cleaning toilets. But that was over fast, right?

LP: My mom shows up and says, “My daughter works here and she is underage. And when she cleans your bathroom, she needs to use these.” And hands them a pair of gloves. That was it. I was sent home.

KB: How did you finally get discovered?

LP: I was signed by Jimmy Iovine in 2006. My agent at the time sent my music to A&R at Interscope. The first meeting I had with him was at his Los Angeles home, and it was the most beautiful house I had ever seen! I was only 16. I went into a live performance and spit a rap for him in his living room and a few days later I found out the deal was done.

KB: You went on tour with Snoop Dogg. What was it like working with a legend?

LP: [Laughs with a big exhale] I loved it. I live for the grind, but it’s not glamorous. It’s city to city. It was like planes, tour buses, backstage rooms, performances, nightclub appearances, hotel and then a little bit of sleep. Repeat. I learned that each city is so different. Your songs are the same but the market, the fashion, and the movements are so different. You have to play to your market. You have to appeal to the people in front of you.

Being around these legends, watching Snoop, Teddy Riley, Kurupt, and the whole Dogg Pound from the sidelines was transformational. They are the pioneers of gangsta rap and brought it mainstream. They climbed out of the unfortunate wasteland. A lot of young artists try and don’t make it. With these guys, you see this camaraderie, lots of stuff that I didn’t understand as an artist, but now I do. It developed me as a performer, as an artist, as a rapper.

KB: Your new album, Los City, exclusively dropped on Complex. What does that mean to you?

LP: Premiering [Los City] on Complex was an incredible feat for me. Complex is a lifestyle curator and medium that has a voice and a perspective that has broken so many of my favorite artists like Chance and Kendrick. They are so much more than just music; it’s a lifestyle.

KB: Your lyrics are detailed and intense. Who inspires you when you write?

LP: Some of the best writers are the most detailed. Like, that’s what I love about Drake. He takes you through a story and describes it and you see it and you feel it like you are there. You connect music with moments in your life. You listen to music as a soundtrack to your life.

KB: You spend most of your time now bicoastal hopping between New York and L.A. Which city do you like best?

LP: L.A. is chill; I feel like I’m on vacation but still get mad shit done. New York has more of a cutting-edge vibe, and it’s my home. If a city wants you, it will keep you there. Inside Los City is an urban cowboy of L.A. and NYC. It feels good to realize New York is where I come from and that it’s supporting me and the energy of my come up. I look forward to getting my name out in NYC further.

KB: The song “Ghost” has a dope Trap beat. What did it mean to you when you wrote it?

LP: I wrote that song in NYC. I was doing a session with Donae’o and you never know what’s gonna come out of it. “Ghost” is a metaphor for saying goodbye in a way where you are the one who is empowered. When you ghost on somebody there is no warning and I left this shadow, this silhouette of my presence still in your life, your heart, your head. It’s a little twisted, right?

KB: Speaking of twisted, how has cannabis influenced your music?

LP: There was a period when I thought I could write music while high. At Quad Studios, I would have the [delivery] service come with the different canisters and all the weed had different names and I thought: This is so cool. I felt very lifted and very inspired by it. Now, however, I do enjoy [consumption], but use it as a shared experience to heighten the sensations around me. I treat it like a spice. If I am eating an amazing burger, and I want it to taste even better, I smoke a little like sprinkling in a spice.

LP: I recently launched a hoodie line called Los City, which is named after my album and inspired by the bicoastal lifestyle. I’m also working on developing new artists and working on creating my own label. One of my goals is to find and discover new female artists. Women should be more represented in the industry.

Kymberly Byrnes is the host of “Cannabis with Kym B” and Community Outreach Director of CannaGather. She is also Chief Ambassador of WomenGrow NYC, co-founder of the New Jersey Cannabis Commission, and East Coast Director of CannabisBuyer.com. Follow her on Twitter and Instagram. 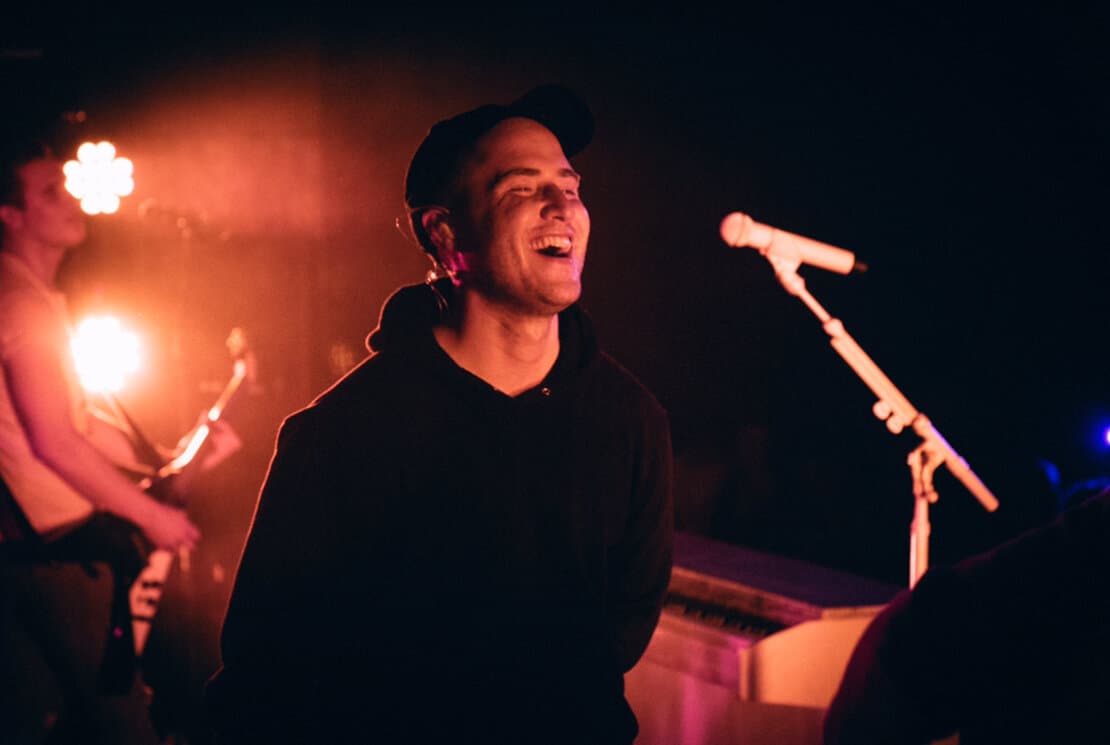 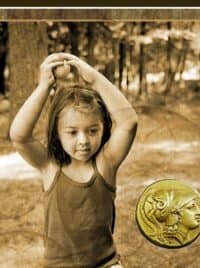