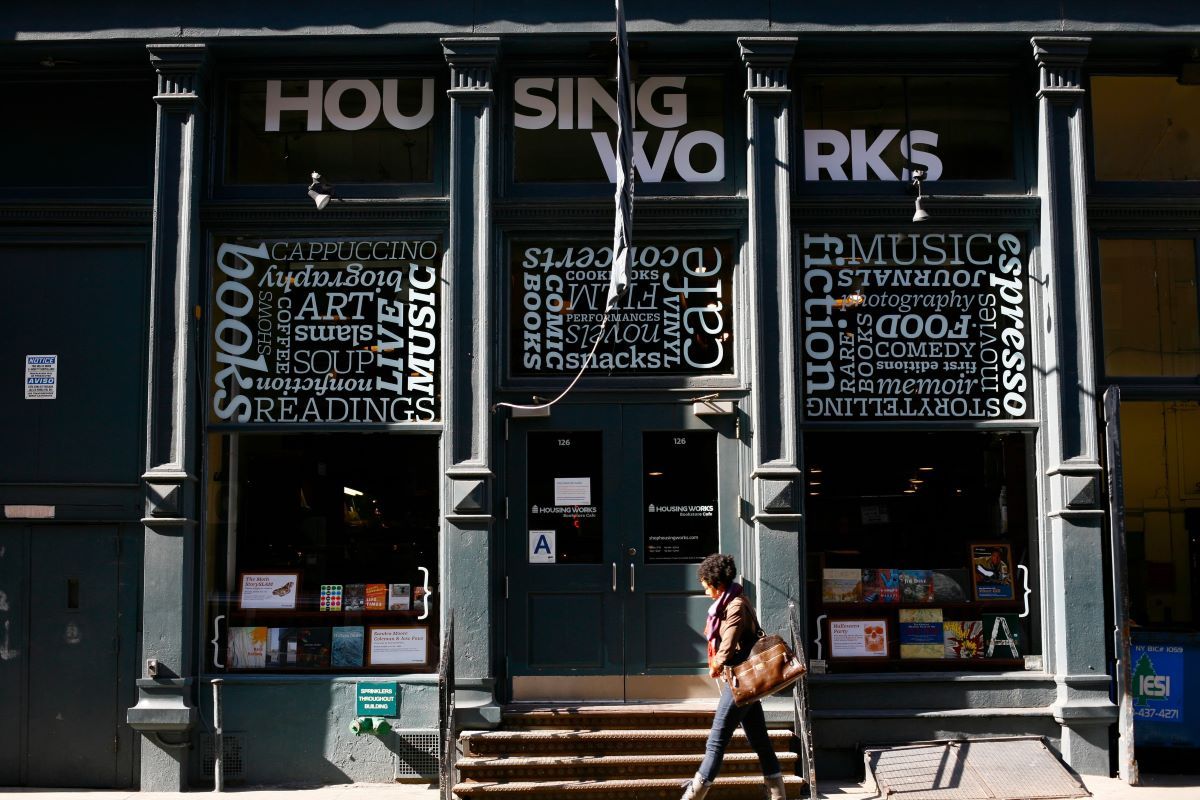 a month ago by Jaime Lubin • 7 min read

There’s no rest for the “weedy” this holiday season, as New York’s cannabis industry has been exploding with landmark developments. On Thursday December 29th, the Empire State will see its first adult-use cannabis retailer open, right in the heart of New York City thanks to the long-running nonprofit Housing Works. Starting at 4:20PM, the public will be invited into Housing Works Cannabis Co, the new store on Broadway and Eighth Street, for a peek at the future of what’s poised to be the nation’s largest legal cannabis market.

What Is Housing Works?

Housing Works, founded in 1990, has become legendary in New York for its multitiered advocacy, focused on providing housing, healthcare and other resources for people living with HIV and AIDS. Over its years of operation, the organization has opened numerous eclectic thrift shops to help fund its social initiatives, as well as a Soho bookshop famous for an exceptional range of material and being a hot event venue. (In fact, this writer’s first introduction to Honeysuckle happened at just such a book event!) Now, the nonprofit is taking the lead on the state’s newest consumer-focused avenue to develop its mission even further.

On November 21, 2022, New York’s Office of Cannabis Management (OCM) awarded the first 36 Conditional Adult-Use Retail Dispensary (CAURD) licenses to individuals and nonprofits. Everyone was energized to start developing their stores, and it seemed the adventure had truly begun. The Bronx Community Foundation and Borough President’s Office opened an educational display in the Bronx Dispensary Showroom, a weekend-long exhibit to give New Yorkers a preview glimpse into what the city’s cannabis retail spaces would look like. That same week, it was announced that the lease had been signed for a store in Harlem, just steps away from the Apollo Theater. However, Housing Works would be the one to finally claim the title of “New York’s inaugural adult-use dispensary.”

When Honeysuckle checked in with Sasha Nutgent, Retail Manager of Housing Works Cannabis Co, she was hard at work prepping the spot for its big debut. Still, she graciously made some time to share her insights on the milestone operation and what it means for the intersection of cannabis and New York culture.

HONEYSUCKLE MAGAZINE: How does Housing Works see its cannabis division as helping to further the organization's great work of community healing?

SASHA NUTGENT: The proceeds from our cannabis dispensary will filter back into our lifesaving services for marginalized communities in need. At Housing Works, we help people living with and affected by HIV/AIDS and homelessness, as well as those in need of housing, healthcare and job training. The money generated at Housing Works Cannabis Co will positively impact our programs. This has been in the making for quite some time and our executive team saw an opportunity to further expand our mission, while at the same time helping to educate our staff and community on cannabis. One of our long-term goals is to inspire folks on our team to learn the business so that one day they can possibly open a dispensary of their own.

How did Housing Works decide to enter into New York's cannabis industry?

Our executive team has had this in mind for a few years. Once cannabis was legalized [and the applications opened], we applied for the CAURD license. Thank goodness we got it. It’s been a whirlwind ever since. As soon as we got the license, I started the hiring process and looking for vendors.

How was the process working with the OCM to get the CAURD license and open the location?

The OCM has been incredibly supportive in our efforts to get Housing Works Cannabis Co up and running. They've been so helpful with answering our questions and walking us through the process of what's needed to be in compliance with the State's regulations. They’ve been incredibly involved and proactive, because they want us to succeed. If we succeed, New York succeeds!

Had the Housing Works team been scouting for locations prior to getting the license?

Yes. The space at Broadway and Eighth is amazing. It’s right near New York University and in the heart of [the Village]. We have a lot of different communities here, and people walking by shopping, and I think that’s a prime space for the cannabis dispensary. We’re also not too far from our Soho thrift shop and the bookstore.

What product categories will you carry when the store opens?

We are so excited to carry New York-based products, from those that use organic practices to women- and BIPOC-owned brands. We will offer everything from traditional flower, to vapes, edibles (gummies… YUM!) and even CBD pet treats for the fur babies in your life. On opening day, we’ll have all these products and some drinks. There’s no sampling, because on-site consumption isn’t legal yet in New York City, but everyone can learn about the products from our budtenders, who are well versed in what we sell. Whether someone’s coming in looking to treat pain or to get something for their pet, our budtenders can give them the right direction.

Are there any partners you want to shout out?

We are working with Lobo Cannagar, New York Cannabis Co., and Back Home Cannabis Co. We’re very focused on local New York brands, and will have even more down the line, particularly from BIPOC-owned and women-owned businesses.

What’s been your experience with cannabis?

I’ve used cannabis in the past for pain management, but this is my first entry into the industry. I’ve been with Housing Works for the past seven years as a retail manager, running the flagship store as well as several of the smaller stores, and I was a coordinator at one point. [Housing Works] is my family and I’m just so honored that they gave me this opportunity.

What’s been the best part for you about getting into the cannabis space?

I’m really excited to continue learning about the benefits, educating the community and also just pouring back into Housing Works and our community itself. The thrifts have done an amazing job at funding our mission, but this is going to be an extra boost and I [can’t wait] to see what the future holds - maybe more dispensaries and more [cannabis] programs.

With New York cannabis, there’s still kind of a disconnect between people who have been in the industry for awhile and the general public. Housing Works seems to be in a perfect position to help bridge that gap.

Yes. And with my staff, I was extremely selective. I wanted to give people opportunities who have that experience, who enjoy cannabis but who are also part of our Housing Works community. We have people from all different walks of life and backgrounds, so I think that also just falls right in line with our mission.

That’s awesome, because a major part of the conversation around CAURD licenses has been about community reinvestment. It looks like Housing Works is approaching that concept on all levels, from the brands you represent to your hiring decisions to how you’re interacting with the public.

We definitely want to stay true to our brand. That’s very on brand for Housing Works. And we want to make sure that the community doesn’t feel we’re invading their space. We want to be a part of their community and enrich them as well.

How will you educate the public about cannabis?

Education to our community begins with our staff. We’re making sure our team is knowledgeable on the brands and products we carry. We also enrolled each budtender into an online cannabis course for an extra layer of education. We want the community to understand the many benefits of cannabis and we really want to destigmatize its use, and that starts with educating our budtenders so that they can hold the knowledge to educate our community and customers.

We are also working closely with the brands that we carry, so that we can understand the brands and the stories behind them. That’s really important.

Getting the brand stories directly to the community is key right now, because the advertising regulations are still in formation. Giving those local brands a direct line to their audience is essential.

What I liked about learning from the brands was that they’re enthusiastic to share their story. I think their enthusiasm just made everybody happy and excited to work with the smaller farms, people who have made this their mission. And just as a sidebar, there was a lot of emotion when we placed our first Purchase Orders to these people who have been working so hard. It’s really fulfilling to see that.

What are you looking forward to the most as New Yorkers get accustomed to legal cannabis?

I’m looking forward to expanding our team. We have a lot of positions open and I’m looking forward to meeting new people, learning more about the brands, partnering with new businesses - New York-owned, Black-owned, women-owned brands. These are the things I’m most excited about. And maybe down the line, when other dispensaries open, the budtenders will have an opportunity to run their own dispensaries. So I’m all about succession planning and helping people reach their personal goals.

What excites you and the team about being the first on record to have an adult-use cannabis dispensary in New York?

I think we are all so excited to be a part of history. The road to legalization has been a long journey, with many folks along the way being a casualty of the War on Drugs. What's really great about the way New York is handling the CAURD licenses is they are putting community first, ensuring the playing field is leveled from the start and inviting those who were negatively impacted by cannabis convictions, as well as community activists, to be license holders.

So I’m thankful for the team we have in place. From the Housing Works leadership team, to my staff, to the OCM - everybody has been so supportive and hard-working, and this is going to be a big success because of that.

Housing Works Cannabis Co opens to the public on Thursday, December 29, 2022 at 4:20PM. For more information, visit @housingworkscannabis on Instagram. To learn more about Housing Works’ advocacy, programs, and other stores, visit housingworks.org. 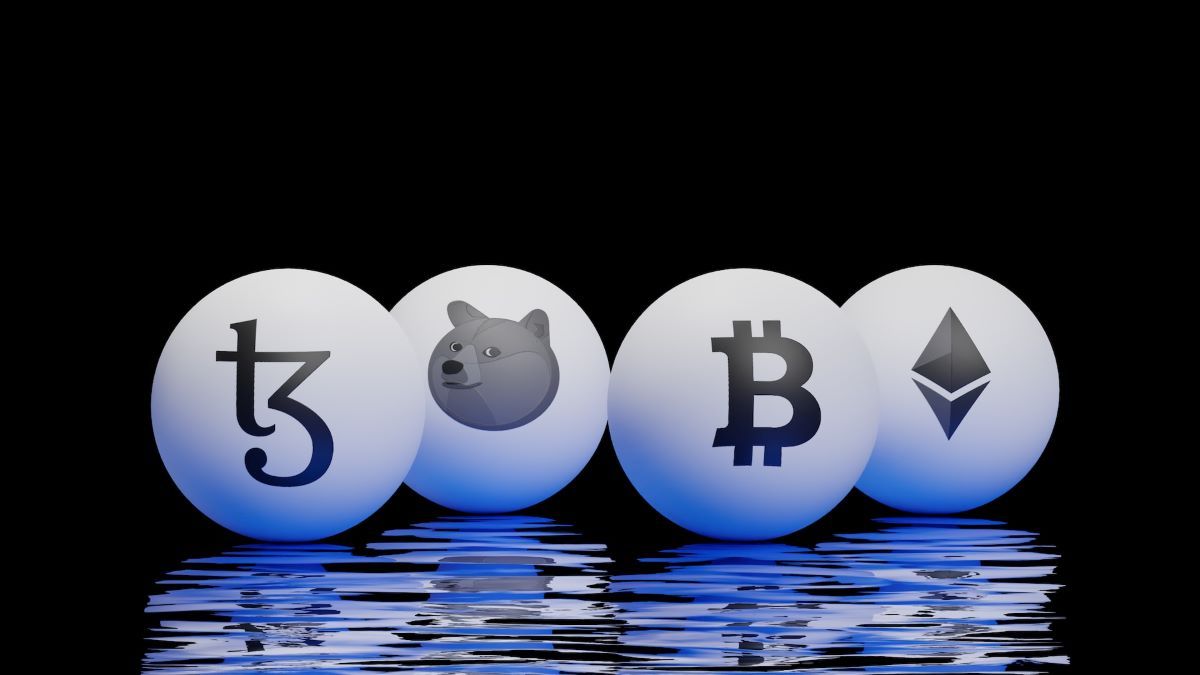 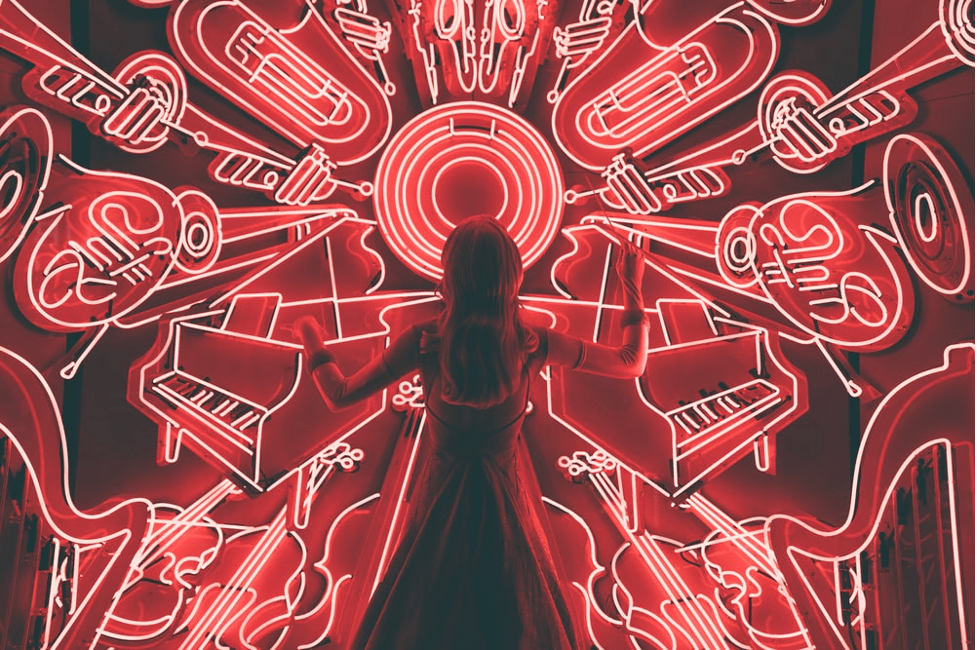