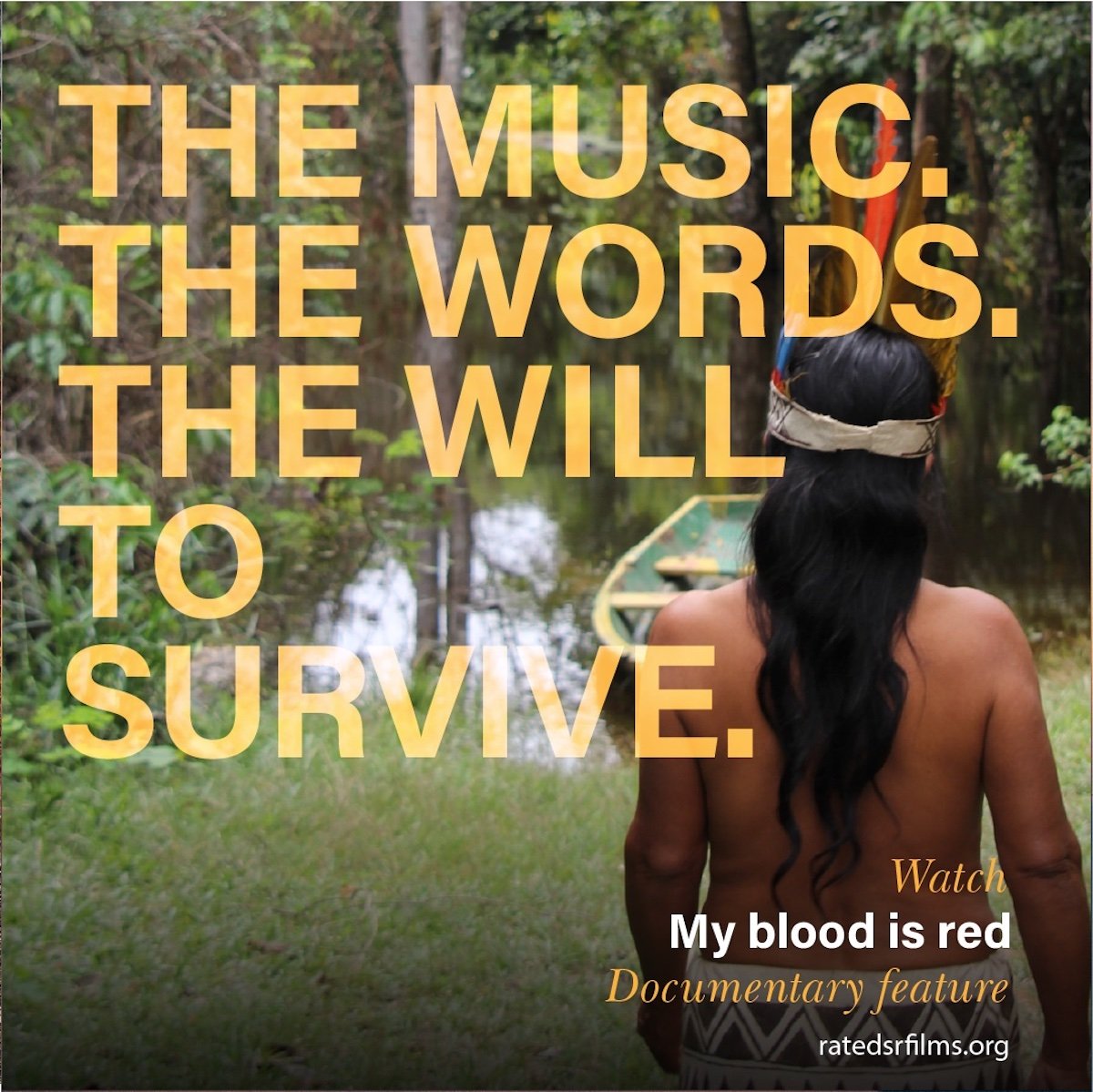 At the 2014 World Cup in Brazil, three children were brought onto the field to release doves at the opening ceremony. As they began to walk off the field, one of them, a thirteen-year-old boy, held up a red banner that read, “Demarcação Ja!” which is Portuguese for “Demarcation Now.”

That boy was Werá Jeguaka Mirim, a Guarani Mbyá poet and rapper also known as Kunumi MC, who used his presence at the highly publicized event to ask for the protection of indigenous land.

“My Blood is Red”

In the 2019 documentary “My Blood is Red,” (Needs Must Film) Werá is the lens through which we gain an insight into indigenous genocide in Brazil. The award-winning film follows Werá as he makes music and speaks with notable indigenous figures in the fight for land and human rights.

Werá uses his music to give a voice to indigenous people and speak up about their struggles. He expresses his anger and frustrations by bringing awareness to the violence and injustices that indigenous people face. At the same time, his lyrics also speak to their strength and determination in their fight to exist. The documentary captures Werá’s musical journey as he meets hip-hop giant Criolo and works with him to find his musical sound and purpose.

Werá also travels around Brazil to speak with tribal leaders and activists for indigenous land rights to learn more about his indigenous identity and the importance of their land. In chilling detail, the tribal leaders share stories about the violence that they have endured over the years from farmers and government officials who have tried to drive them out of their lands and exterminate them.

Beyond fighting for the protection of their land, indigenous people are fighting for their own existence. As Maranão tribal leader Inaldo Gamela says in the film, “We are hated because we are different. We are ‘other.’”

“My Blood is Red” depicts these harsh realities of indigenous genocide, while also showing the beauty and strength of the Brazilian indigenous population. Werá’s journey throughout the film is just one story out of the thousands of indigenous people fighting for their voices to be heard. In the film’s closing scene, Werá repeatedly sings a line that encapsulates the struggle: “Give us the land you took from us, so that we can live.”

How did you arrive at the idea of making a film about land rights through Werá’s story?

Bolliger: The first idea was to visit the community where Werá lives—we went there to meet his father, Olivio. Initially, we thought we were going to make a film about Olivio. However, Olivio—he’s one of the leaders of the community—and other leaders in that community wanted us to talk about land demarcation. Back then, we knew very little about that subject. So, we spent over a week with them.

Werá was actually a godsend because when we filmed Werá—he was 15 back then—and he was already singing. He was singing about land demarcation, genocide, and the violence indigenous people go through everyday in this country. We wanted to depict Werá’s process of growing up and trying to define himself in a world that denies him and is very aggressive towards him.

Guarani: Using a teenage rapper’s lens is a creative way to talk about a difficult subject. For example, the subject of land demarcation is of little interest to many Brazilian people. Werá’s music presents a highly effective way to call people’s attention towards land demarcation.

Was there a particular story or moment that stuck out to you during the production of the film?

Guarani: Seeing and living this violence the government practices against indigenous people all around Brazil during the shooting of the film really caught my attention and impacted me.

We went to Maranhão to visit with the Gamela people and we talked to Inaldo. A few months before the shoot, they were attacked; some of their hands were cut off, some had big scars on their hands. The filming was impactful and hard to do. At the same time, it was an important experience for me—I was able to better understand the process of genocide in Brazil.

Bolliger: There were a lot of lessons. In the middle of the filming process, Werá’s wife became pregnant. We, along with people from England, were in Sao Paulo to shoot the film. When we got here, Werá said, “Sorry, I cannot travel because in my culture, for the first three months, I have to sleep and I have to wake up every single day next to my son.”

We said, “Of course, we understand and we respect that.” So, we cancelled everything and everybody went back to England. It was very interesting to live all these different parts of the culture—to grow, be open-minded, and understand everything that was going on.

What is the importance of creating art—making music and filmmaking—in the fight for land and human rights?

Guarani: Indigenous artists, filmmakers, and musicians play a very important role. Their art is referred to as “original production,” because it has always been political. Art is a way to resist and fight against the injustices faced by indigenous people.

Bolliger: In one of the situations, Werá meets Sônia Guajajara, one of the most important indigenous leaders in Brazil. She is encouraging when she’s talking to Werá. She says that these young leaders like [Guarani] and Werá are not the future, they’re the present. They can start making a difference today with their art and with their talent.

Werá can start fighting using his weapons. His weapons are the songs, the rap, the lyrics, the writing. That was very powerful.

What are some changes that you would like to see in the Brazilian film industry and media when it comes to indigenous representation?

Guarani: There’s a word that defines this very well—“humanization.” Using myself as an example, it took over 15 years for me to obtain an opportunity and a chance to start showing my work. This is what happens with most indigenous people—many don’t receive opportunities. They are always marginalized. In a way, it also comes down to not being a democratic country.

What is the most important message you’d like viewers to take with them from “My Blood is Red?”

Guarani: I hope that people who watch the film can learn about the predicament of indigenous people in Brazil. I also hope that they will see the beauty, power, and strength of indigenous culture in Brazil today, in terms of the music, culture, film, and oral culture.

For people who have watched the film and want to get involved to help the Brazilian indigenous population, how can they help?

Guarani: The situation in this country has been very hard for all of us. Most people looking at them today are coming from the outside. One way of helping indigenous people is to support the actions and activities that are happening through social media—through APIB and APOINME—and get in touch with their communicators and leaders.

These sites are available in both English and Portuguese, so people can read about what’s going on. Much of the help coming in through these platforms and social media sites is to help indigenous people survive. For example, many indigenous communities lack adequate access to vaccines—the help they receive is very important.

Bolliger: Also, I would like to encourage viewers to support Kunumi MC—his music is amazing. Listen to his music, and follow him on Facebook and/or Instagram. His music is available on all streaming platforms.

Watching “My Blood is Red” is a great way to help. We hope many people will watch the film and tell their friends about it.

What are you working on right now? What’s next?

Guarani: I’ve been dividing myself between many different tasks. Because of the pandemic, I’ve had to adapt to new ways of working on the Internet and through Zoom. It’s all very new to me. Right now, I am working on two pieces with indigenous people—one is a documentary and the other is fiction.

I am also working as a curator in some film festivals—I’m always thinking about how I can include and insert indigenous productions. I’ve been continuing my work creating workshops in my community, teaching young indigenous kids and teenagers about filmmaking. I am also a mother, so, I have many activities at home with my husband and daughter.

“My Blood is Red” is part of the Socially Relevant Film Festival’s 2021 lineup. 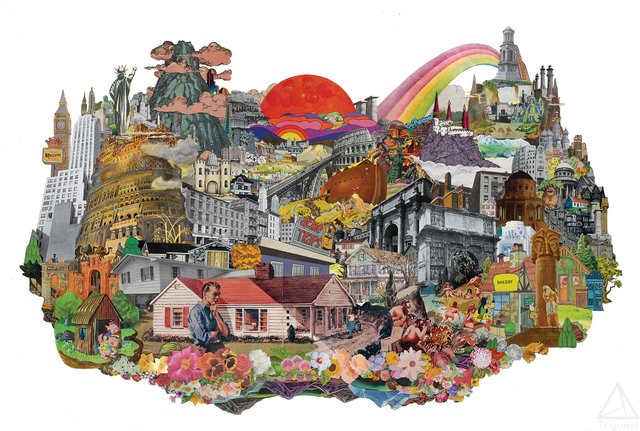 NFTs and the Future of Art: Morgan Jesse Lappin and Trigonal Gallery Get <em>High on Collage</em> in a New Medium 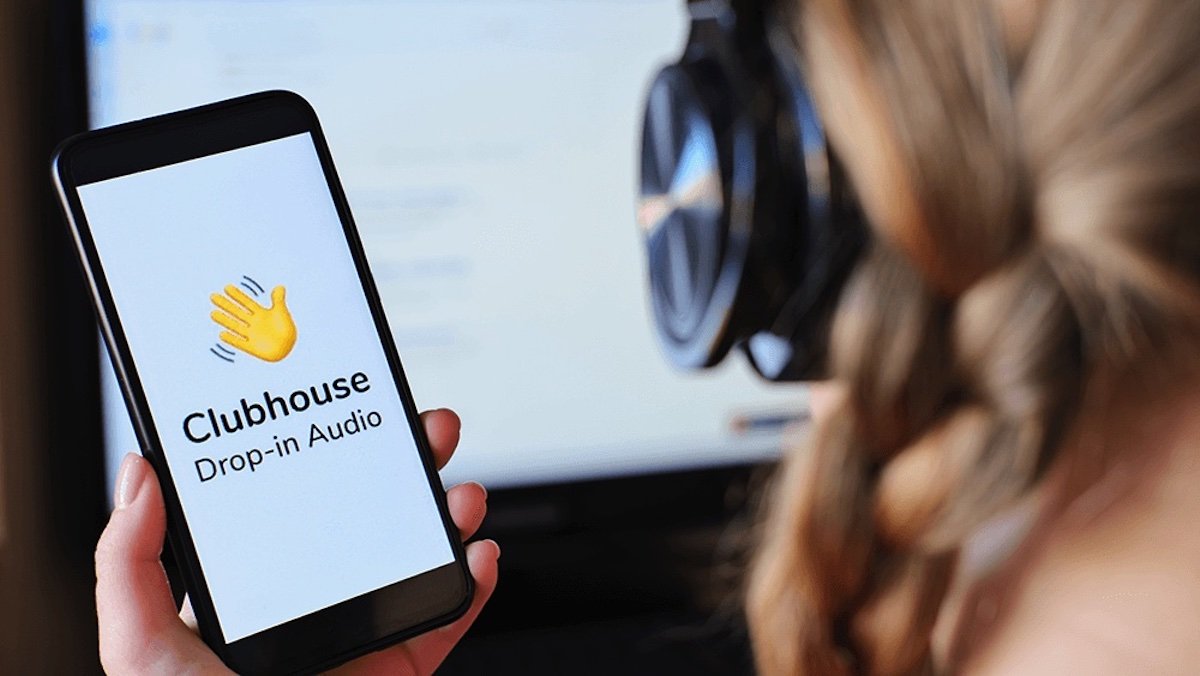