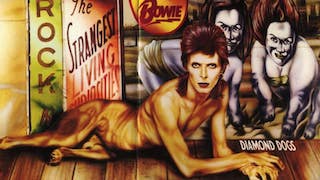 The first time I saw Bowie’s face was on his 1967 record titled David Bowie. He was dreamy. His hair was “long” like Peter Tork’s on The Monkees TV show

It’s easy to trace my emotional life through David Bowie songs. My dad was the boss at two New York City radio stations and he brought home promotional albums every night. I had two sisters. Jenny was three years older and Nancy, five. Our Long Island home was filled with music. In the den, next to the main TV and stereo, were shelves lining the walls with LPs.I can still see Bowie’s record covers like permanent slideshows in my head. Images can pop up randomly or if I hear one of his songs on the radio.The first time I saw Bowie’s face was on his 1967 record titled David Bowie. He was dreamy. His hair was “long” like Peter Tork’s on The Monkees TV show.

In 1969, my sister Nancy was 14 when she begged my parents to let her go to Woodstock. I think she still hasn’t forgiven them for saying no. I was preoccupied with my own resentments. Storms of dark thoughts brewed in my head. In November of that year, Space Oddity came out. Sprawled on the plush orange rug I listened to Major Tom and wished I was lost in space with him. I felt sure I’d been born on the wrong planet.Hunky Dory came out in 1971. I hated that expression. Louie, a boy I liked in third grade, quit hanging out with me and began calling me hunky dory. He screamed it across the playground field. I thought hunky meant fat so my confidence died a little each time. But I always had music. I sang Cha-cha-cha-changes and learned to face the strange. Zoning out to the tunes, it felt like Bowie was my friend—a tight kinship between misfits.In 1972, Ziggy Stardust landed on earth with his spiders from Mars and I was transfixed. The record cover scared me with its dark and dangerous alley. As I memorized the lyrics to “Suffragette City,” my 16-year-old sister Nancy graduated high school early and went to college. I missed her and her fun, long-haired hippie friends.The next year Aladdin Sane came out and the timing was perfect; I’d been questioning my own sanity. That was the year Jenny tried acid but flipped out. Voices told her to kill herself so she got a razor and slashed both wrists. Luckily my parents came home from a party and found her just in time to whisk her off to the hospital.The incident terrified me. Soon after that, my father had an accident at the outdoor grill. He tried putting out the fire with gasoline. Well, not on purpose but lighter fluid spilled and both his hands caught fire.Nobody in my house liked to talk about personal problems. Instead, we sat at the dinner table as if everything was normal. “Would you like more Tab?” Mom asked. “Can you please pass the peas?” said Jenny. But it was impossible for me to ignore that my family members were wrapped in gauze bandages.By 1973, I was 11 and I tried pot. I fell in love with changing my mood. That year I was gravitating toward the wild kids. We smoked cigarettes, passed joints, and drank. But when I was alone again in my room I was transported to a better place by Bowie’s lyrics. I memorized the words to “Sorrow” and felt less isolated.

Diamond Dogs came out in 1974. That year, I turned 13 and my life changed forever—I was raped. As with so many sexual assault victims, my drug abuse kicked into daily high gear and self-destructive tendencies took over.5 ways David Bowie songs kept me alive during my addiction1. His 1974 album Diamond Dogs became my savior. The macabre cover of Bowie as half-man/half-dog flanked by deformed bulldog girls was as grim as I felt. That powerful illustration inspired me to channel my angst and rage into sketchbooks. Drawing bizarre characters became an outlet that saved my sanity and kept me out of a psych ward.2. Diamond Dogs also gave me “Rebel Rebel“ and “1984.” When I put the needle onto the record, I’d grab my hairbrush, hold it like a mic and belt out the lyrics. Dreams of becoming a rock star gave me a goal to live for.3. At night, when I was coming off Black Beauty amphetamines, my mind raced and I couldn’t sleep. Instead of giving in to the dark thoughts when I was crashing, I listened to Bowie’s 1975 LP, Young Americans. The desperate cry in Bowie’s voice during “John, I’m Only Dancing” comforted me. I played it over and over until I fell asleep.4. As my addictions worsened and my suicidal ideation increased, Bowie’s 1976 album Station to Station was a lifesaver. When Bowie sang “Stay” I clung to the words as if he were convincing me not to off myself. “Wild is the Wind” became my favorite Bowie song. It was as if his voice passed through my skin and got inside of me to whisper, “I understand the pain but if you hang on, so will I.”5. At age 15, I ran away to Greenwich Village. It was like finding a Mardi Gras—a fantasy world that magically lifted me. It felt like I was living my Golden Years all in that one week of thrills before I got caught and sent back home.In the years that followed, Bowie songs blasted out of speakers in all of New York City’s dance clubs in the ’70s and ’80s. I probably would’ve died from alcohol poisoning if it weren’t for the dancing. I had to put my glass down to bask in the joy of “Breaking Glass,” “Fame,” “Let’s Dance” and “Cat People (Putting Out the Fire).” I felt like a hero, just for those days.Goodbye Blackstar. You will always be with me. 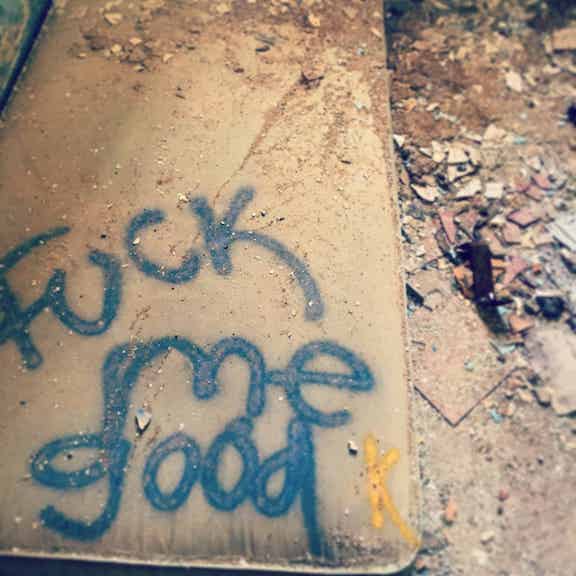 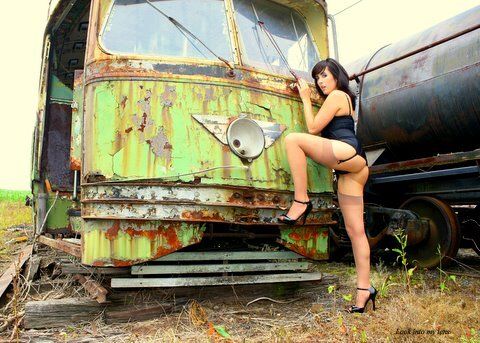