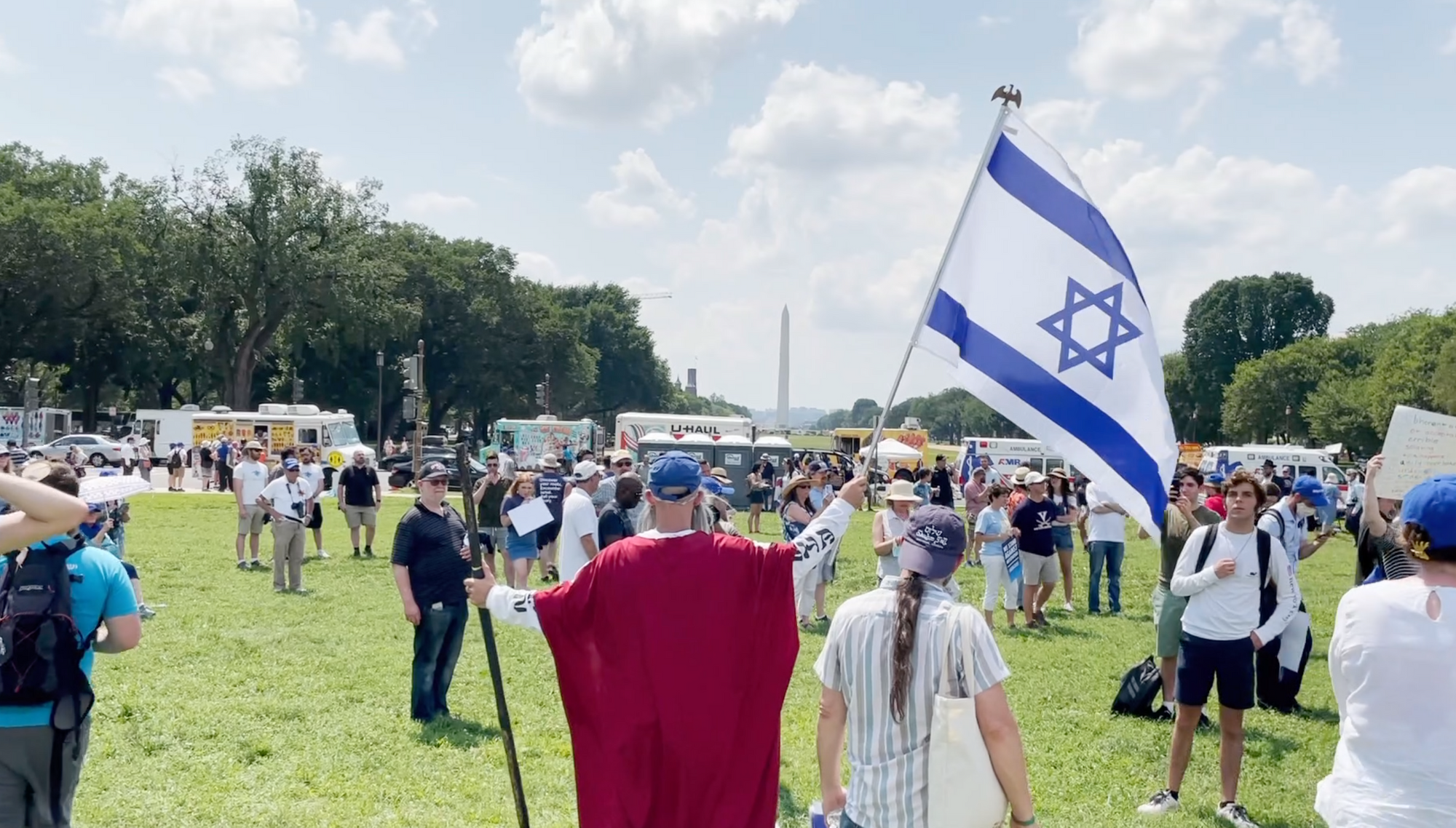 Groups from across the country gathered in Washington D.C. for a first-of-its-kind "No Fear" rally to fight anti-Semitism. Despite efforts to present a united front, tensions between right and left-wing groups remain palpable.

Watch highlights from the No Fear rally, including statements by Marie Fischer, Chair of the Maryland Republican Jewish Council, and Erika Moritsugu, Deputy Assistant to President Biden:

Two months ago, amidst the conflict between Hamas and Israel, the United States underwent a massive increase in anti-Semitic hate crimes. Synagogues were vandalized, Jewish people were attacked in the streets, and online harassment skyrocketed. Thus, it came as no surprise that prominent figures in the Jewish community soon began to call for a rally against this disturbing trend, to show that they remained united and unafraid. On July 11, groups from across the country gathered on Washington, D.C.’s National Mall for the first-of-its-kind “No Fear” rally.

However, despite the nascent rally’s message of unity, American Jewry almost immediately splintered over how to define anti-Semitism. Right-leaning Jewish groups like the Zionist Organization of America and StandWithUs, a pro-Israel advocacy organization, argued that some criticism of Israel fell under the umbrella of anti-Semitism. Alliance for Israel, the group responsible for organizing the rally, labeled the movement to boycott, divest and sanction Israel (BDS) as a source of “destructive anti-Semitic lies” on its website. In response to this, several left-leaning Jewish groups, such as J Street, T’ruah and Americans for Peace Now, though not necessarily supporters of BDS, chose to boycott the rally. Their leaderships felt that criticism of Israel could not be conflated with domestic anti-Semitism, and believed that a left-wing presence at the event could give legitimacy to positions they disagreed with.

Though some progressive and centrist Jewish organizations, such as the Jewish Democratic Council of America and the National Council of Jewish Women did show up to the rally, the left-wing boycott meant that the event was dominated by conservatives. Many speakers spoke interchangeably of attacks on Israel and attacks on American Jewry, a message which was reflected by the pro-Israel posters and clothing of the audience. One particularly large banner read “Fight Terrorism, Support Israel”.

Moreover, several traditional Republican talking points, such as cancel culture, media bias, and censorship on college campuses, surfaced in speeches later in the rally. “The academy erupted loudly in protest against Israel,” said Andrew Pessin, a professor of philosophy at Connecticut College. “Literally hundreds of statements, signed by tens of thousands of people affiliated with higher education. It’s not merely that these statements were one-sided, unfair, lacking objectivity, but worse: they openly admitted that they weren’t interested in fairness and objectivity.”

The political leanings of the attendees also manifested themselves during a speech from Erika Moritsugu, Deputy Assistant to President Biden and Asian American and Pacific Islander Senior Liaison. When she brought up Trump’s flaccid condemnation of the 2017 neo-Nazi march in Charlottesville, audience members began to boo her, with some apparently referencing Donald Trump’s claims of the 2020 election being fraudulent. Later in the rally, when speaker Marie Fischer, Chair of the Maryland Republican Jewish Council, called for Democratic Congresswoman Ilhan Omar’s removal, this drew loud cheers, while a subsequent call to remove Republican Congresswoman Marjorie Taylor Greene failed to arouse the same enthusiasm. These incidents were not mentioned in the Washington Post’s article on the protest.

Despite the noble goals of the No Fear rally and the fact that most of the event proceeded without incident, the protest has illustrated that Jewish Americans remain at odds over the subject of Israel. The Republican Party also seems to be positioning itself as the main advocate of Israel in U.S. politics, even as most of the Democratic Party continues to demonstrate similarly unwavering support for Israel. After the booing of Moritsugu, event organizer Elisha Wiesel, son of the late Holocaust survivor and Nobel Peace laureate Elie Wiesel, acknowledged that Biden had been a firm supporter of Israel during the Gaza conflict. This was perhaps the one time a Democrat was praised for the entirety of the rally. 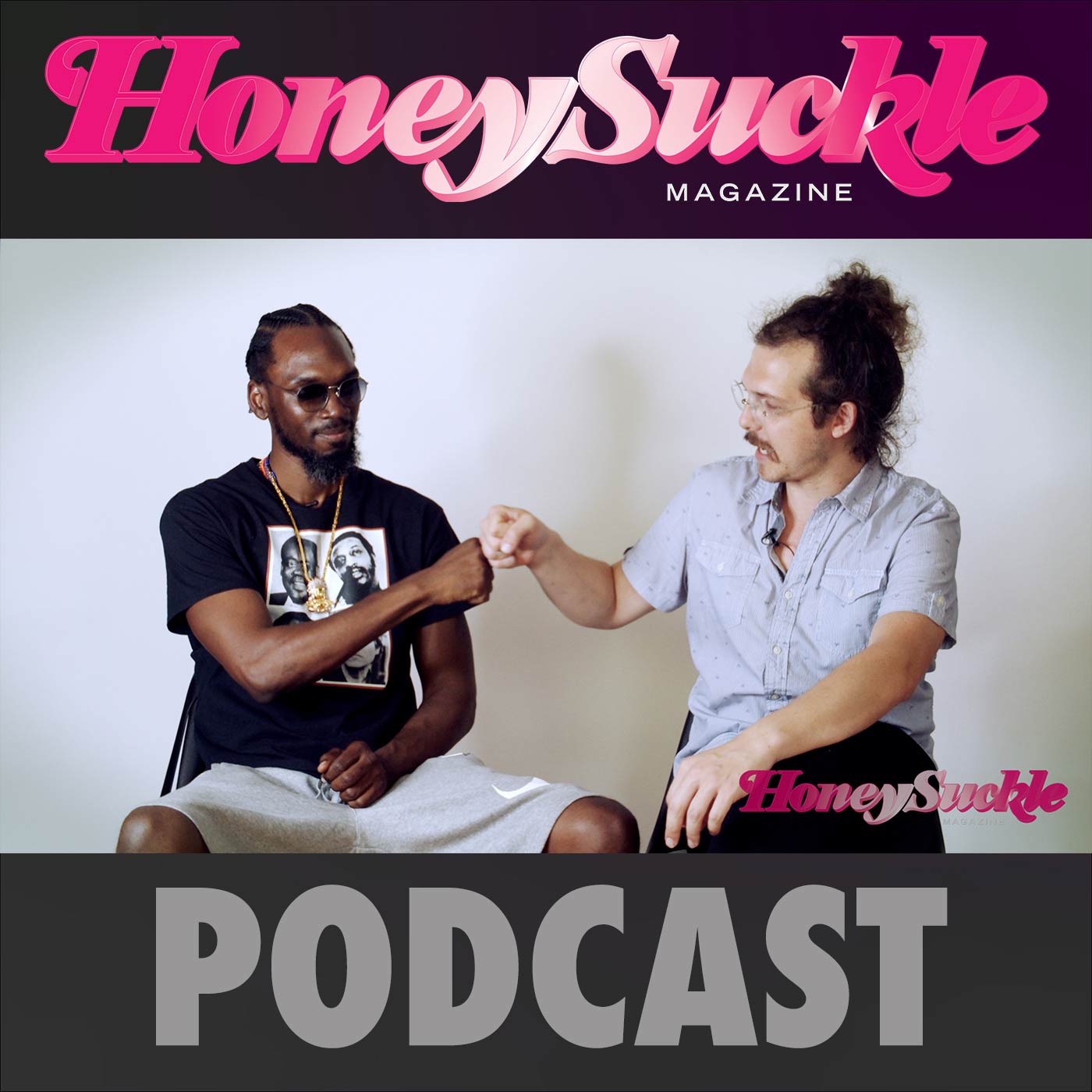 How to Harvest Mushrooms: A How To Guide