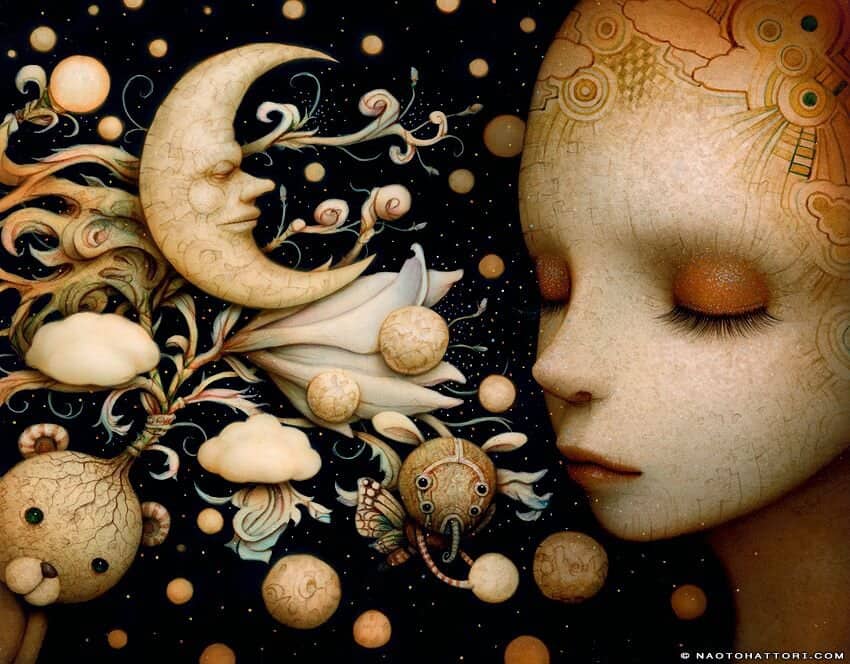 Fiction: The Mystery of the Missing Pentagram

I opened it and beheld a very attractive, if somewhat nervous looking girl. She introduced herself as Denise Archer and asked me if I were indeed

It was a cloudy afternoon in Baltimore City as I sat in the office of Gargoyle’s Paranormal Investigations with a half-eaten corned beef and pastrami sandwich. I was just about bored enough to actually consider checking my email messages when there was a knock at the door.I opened it and beheld a very attractive, if somewhat nervous looking girl. She introduced herself as Denise Archer and asked me if I were indeed

Daniel Rumanos, parapsychologist and ghost-hunter and all that. I assured her that I was and invited her to sit down.She was absolutely gorgeous: mid-twenties, long brown hair, big dark eyes, and built like a brick synagogue. I’m certain I didn’t do the world’s greatest job of ignoring all this as I tried to listen, with a reassuring but businesslike manner, to the story of what had brought her to seek my rather specialized services.The details of her case were these: She had, at a nearby antique shop, made a spur-of-the-moment purchase of something that had caught her eye. It was a pair of pendants, one silver and engraved with a pentagram, the other gold, engraved with a hexagram (the so-called “Star of David”), along with certain words in a language she did not know. The gold hexagram she had with her. I asked to see it and immediately recognized it as a variation on the Seal of Solomon, an ancient magical symbol used to control spirits. I deduced that the pentagram one must be the matching Seal used to conjure them. There was no way to affirm this because she did not have the silver pendant with her. You see, it had been stolen.Just the night before, Denise had been awakened by a noise in the small house she shared with a friend. She turned on the light just in time to see a figure in a black vestment-robe escaping out the window, its face hidden by a cowl. Her jewelry-box had been opened, and the silver pentagram was missing.Now, many people wonder how I know so much about Satanism and related things. There is a reason, but I’m not telling that for now. Suffice to say that I had some very reliable information that a pseudo-Satanic group called the

Cult of Asmodeus was going to be meeting that very night at Roosevelt Park in Baltimore’s Hampden neighborhood. The fact that this was just two blocks from the antique shop where lovely Denise had found the two amulets just couldn’t be a coincidence, now could it?The further fact that it also happened to be the Autumnal Equinox, the very night that the forces of darkness begin to succeed in power, was also on my mind. Now I don’t have anything against anyone practicing their freedom of religious expression you understand. It’s just that if these people go around summoning up spiritual chaos I’m the one who has to deal with it. That’s just my job, so don’t go expecting me to be a bloody hero or anything or I might just put a curse on you and then send you a bill for my time and trouble.We got to the park — Yes, the chick insisted upon accompanying me — shortly before midnight. The cultists were already there, five of them, in black robes. All appeared to be male, and the leader looked vaguely familiar to me. It was impossible, however, to clearly make out his features hidden behind the cowl of his vestment.As the girl and I watched from a hidden vantage point, the cult assembled in a circle and the leader began the invocation, calling upon “the chief devil Asmodeus the Destroyer, Creature of Judgment, Enemy of All Life, Lord of Suffocation, evil spirit of lust who seduced Eve and beguiled even the wisdom of Solomon” to “appear before (them) and manifest (their) desires”. This went on for several minutes as the air grew colder and a whirlwind grew within the circular gathering of the demon-worshippers.Then, with an immense howling sound, like the baying of a thousand infernal curs, and the unholy stench of excrement and cheap perfume, the demon itself began to manifest. Slowly but definitely, the figure became clearer. It was about 15 feet high and triple-headed, with only one of its faces even bothering to attempt a malformed parody of the human form. The rest of it was an hideous amalgamation of obscene animal forms — not all of them fully of this earth.We stood there, right there in Roosevelt Park in the Hampden neighborhood of Baltimore, in the very presence of the incredibly ancient, grotesquely debauched, and unspeakably powerful demon — Asmodeus!!

It is said that in unspeakably ancient times, a young girl called Naamah was so beautiful she caused an angel to fall. By this fallen one, who shall here go nameless, she became the mother of Asmodeus.

For generations, Asmodeus cut himself a path of destruction and debauchery across the nations of the East — in the process earning himself the titles Prince of Devils and Evil Spirit of Lust. Of his dealings with Solomon, that wisest of kings and most powerful of sorcerers, tales are told in both Jewish and Muslim legend — so they must be true.How the Archangel Raphael finally captured Asmodeus and bound the creature in the desert of Egypt is told in the Book of Tobias, found in the Septuagint Bible.How a girl named Denise and myself (Dr. Daniel Rumanos, parapsychologist, ghost-hunter, and all that) found ourselves facing Asmodeus and his cult in Baltimore’s Roosevelt Park is similarly chronicled in the first part of the story you are even now breathlessly perusing.As the demon manifested in the center of the circle formed by the cult I knew what to expect next. A convenient tree, along with a brief magical invocation of my own, kept the girl well-concealed, and I knew that the all-male cult could not give the type of sacrifice that the particular perversion of Asmodeus demanded. Also, they had invoked him without lowering their cowls, a big mistake with this particular creature, who insisted his worshippers go bare-headed unlike the great Semitic sages which had embarrassed him in the past by their expertise in the mystical arts and sciences. I wondered if the cult-leader knew this and if this was all by design as Asmodeus suddenly shot forth a stream of dark unholy energy which dissolved his own devotees as if they had never existed, save for a few shreds of their black robes. The leader himself was not dissolved, but only knocked backwards, protected as he was by the silver pentagram amulet which he wore around his neck.Had he tricked the demon into performing the necessary blood-sacrifice, or had the demon tricked him? It really doesn’t matter. Point is the evil spirit now stood before us in his full infernal glory, its six hideous red eyes blazing, and soon the world, and the pitiful human race and all else that inhabits it, would be at his mercy — or actually his complete lack of same!It was then that I remembered the golden hexagram amulet that the chick was carrying. I took it from her and, with the demonic fury howling all around us, spoke into it the banishing formula in the ancient Enochian language of the angels — both divine and infernal. As the amulet took upon itself a glow of power I hurled it directly at the center of the incredibly grotesque form of Asmodeus standing before us. As it made contact the creature screamed with the most hellish of cacophonies and let forth a stream of blasphemous profanity before finally disappearing in a black flash of light.I immediately turned to face the cult leader, who by now was recovering from being knocked to the ground. His cowl had fallen and now I knew why he had appeared familiar to me. It was none other than the fake “exorcist”, the notorious “Bishop” James Short!

This sham “bishop”, who usually resided somewhere in Kentucky and possessed no actual credentials, had been promoting himself as a “paranormal expert” for years; at least that’s the long and the short of it. He had even appeared as such on one of those idiotic TV “reality shows”, something called “Ghost Escapades” or some such shit. You know, the one with the three middle-aged guys who dress and behave like ‘80s teenage mall-rats. Idiots.Up until now, I had thought “Bishop James” was just a con-man, in it for a few dollars or fame or sex or whatever fake-priests get for being fake priests. Now I knew he had much darker motives, and also knew I would be seeing him again, even though he was at the moment running like Hell from me — appropriately enough. The silver pentagram amulet had fallen from him and I carefully gathered it up for safe-keeping along with the hexagram.So that’s the story of the missing pentagram amulet. I did see that the girl made it home safely. I know some of you are wondering if the rest of my experience with her was in really keeping with the theme of just having banished the demon of lust. Well that’s none of your business, you bloody perverts.Of course, the Hampden neighborhood will now be blighted and cursed for at least several centuries due to a demon of such power having manifested there. I really doubt, however, if Baltimore will even notice the difference. 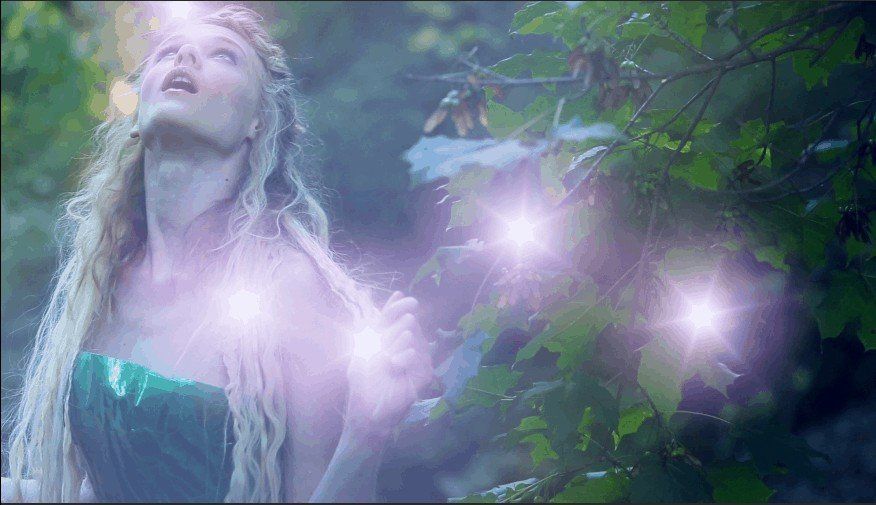 Music: Jon Kennedy An Odyssey Through Space and Time 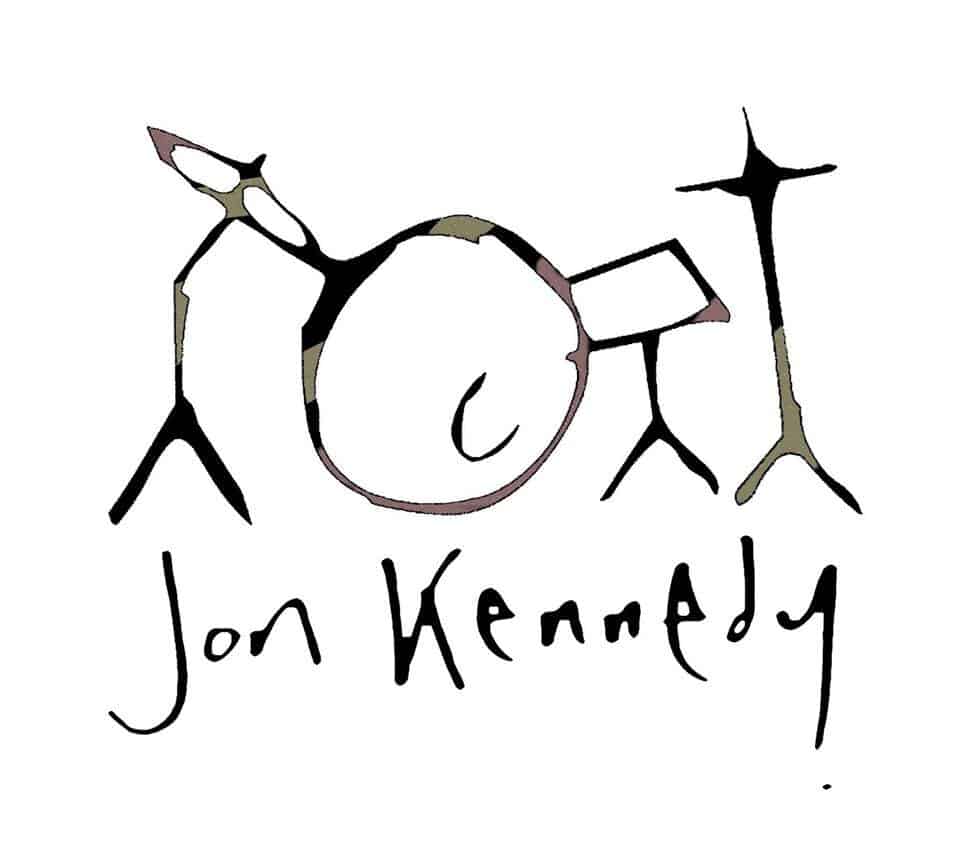