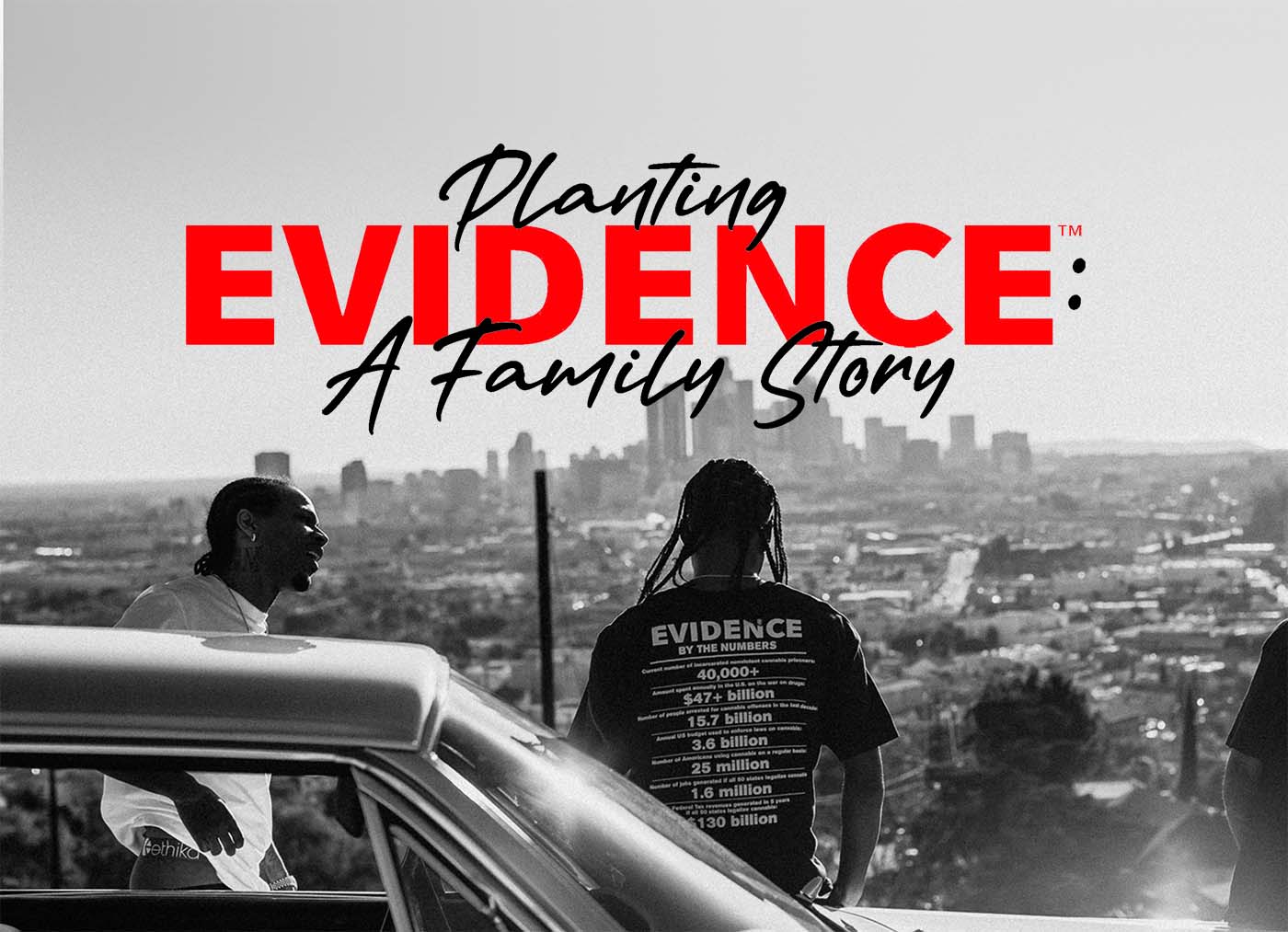 a month ago by Ronit Pinto & Jaime Lubin • 8 min read

Damian Marley, Nabil and Berner work with EVIDENCE, a family-owned cannabis brand that grows weed out of a prison to help get people out of prison. Evidence donates $1 to the Last Prisoner Project, a social justice non profit dedicated to helping free inmates serving time for cannabis charges.

“We grow weed at a prison to help people get out of prison for growing weed.” The tagline for Evidence, the disruptive California-based cannabis brand, seems to say it all – their plants are raised and processed on the grounds of a 24-acre property that houses a 77,000-square foot former correctional facility in the city of Coalinga. Their products arrive in genuine police evidence bags (hence the name). Their marketing campaigns, shot by renowned photographer Nabil Elderkin (whose famous works include collaborations with Kanye West, Kendrick Lamar, Billie Eilish, Travis Scott, Dua Lipa, and Gary Clark Jr. to name a few), cause a stir among store owners who want cannabis to be rebranded for the “soccer mom” crowd. But beneath Evidence’s unapologetic nature lies a powerful message: The War on Drugs remains strong, and we can’t stop fighting for cannabis justice until every last prisoner is free.

Founded by siblings Casey, Dan and Kelly Dalton, just in time for Juneteenth and the 50th anniversary of the War on Drugs; Evidence was born from their family business Ocean Grown Extracts, so named for the first strain Kelly cultivated as a legacy grower in the San Fernando Valley. When California passed its Proposition 64 to legalize adult-use cannabis in 2016, Casey saw an opportunity for Kelly to be licensed and escape the numerous arrests plaguing cultivators who were operating in the state’s grey market. She used her licensing expertise (having owned preschools for 20 years) to scout municipalities and properties amenable to the cannabis industry, finding the perfect setup in Coalinga.

“The city happened to be $3.7 million in debt on the verge of bankruptcy,” Casey recalls. “We presented what we thought may be a mutually beneficial opportunity to help the city and allow us to obtain a license and help them with the local ordinance. I asked if they had any properties available for sale and the city manager laughed and said, ‘We actually have a property with incredible security... We went to lunch and pulled up at this prison.”

Coalinga previously had had a hard time supporting public services. The Daltons, along with some family friends, purchased the prison for $4.1 million and immediately took the city out of the red and into the black on Day One, instantly generating 100 jobs for Coalinga residents.

Walking through the abandoned 77,000 square-foot building, which had been forced to close due to overcrowding, the irony was not lost on Casey. She set out to create a brand that would help people understand not only the benefits that the cannabis industry could bring, but also the enormous damage the War on Drugs was causing to marginalized communities.

Early to California’s regulated industry, the Daltons began large-scale manufacturing of cannabis oils, tinctures, pre-rolls, vegan gummies and mints. Focusing on science and formulations, the Daltons perfected Ocean Grown’s products to address different ailments such as insomnia, anxiety and pain relief that consumers regularly sought cannabis to treat. They hit the ground running, becoming the first cannabis company in Fresno County to acquire manufacturing and distribution licenses, and the first to get permission for outdoor cultivation. With a dedicated customer base and a great reputation for their sun-grown plants, the family had a recipe for success. But a chance meeting of the minds would bring a new component to their legacy.

In 2019, cannabis industry pioneers Steve and Andrew DeAngelo created Last Prisoner Project (LPP), with the help of Managing Director Mary Bailey and Executive Director Sarah Gersten -  a nonprofit committed to restorative justice and re-entry for the thousands of people still incarcerated and suffering due to the War on Drugs. Casey and Dan, upon being introduced to Steve, instantly foresaw how such a venture aligned with their own social justice inclinations, and joined LPP as one of the initial seed investors. Dan became an LPP board member, and Damian Marley did as well with his brother Stephen. The match inspired Casey to run with an idea she’d been considering for some time.

“I saw an evidence bag [at our prison site] and it was so fitting… that I thought, wouldn’t it be crazy to sell weed in this bag? Then I spoke to my brothers and said, ‘What if we did a donation to Last Prisoner Project for every bag sold, and it would call attention to the 40,000 people still sitting behind bars.’”

Thus Evidence emerged, a phenomenon since its inception. A portion from the proceeds of every Evidence bag of flower sold benefits LPP, and the Daltons’ conscientious approach to cannabis has enabled them to keep prices affordable enough that consumers in any economic bracket can access their products. The industry may be overrun with luxury items, but Evidence will always remind you what got them there.

“We’re in touch with who our customer is,” Casey says, “and that’s the everyday smoker who may not be able to afford that $60 indoor eighth [and] is working a normal job with how hard it is in general just making it right now. We can give them half an ounce at the lowest possible price in most of [the California] market. We hand-selected those strains that have great flavor and high THC level.”

Partnering With Berner And Social Equity

Over the past year, Evidence partnered with another huge name in cannabis, the globally-awarded brand Cookies by rapper Berner, to open Fresno County’s first consumption lounge. The grand opening was so eagerly anticipated that customers camped out the night before, and the gorgeous new space features beverages as well as cannabis goods. Other developing enterprises under the Ocean Grown umbrella include the delivery service Stash Dash, new brands in the snacks and pets categories, and a brick-and-mortar location for social equity resources located in Los Angeles’ Atwater Village.

Casey hopes that in the near future, Evidence will also be able to offer hands-on apprenticeship for formerly incarcerated people. “The cannabis industry has been scrutinized because the barriers to entry are so high,” she notes. “A lot of people that paved the way do not have the opportunity to participate, and that’s not right… Oftentimes the local regulations will say [you’re] not allowed to work if you’ve had a previous felony, so it’s a double-edged sword… I do think cannabis companies have a responsibility [and] there’s many ways of helping. You don’t have to write a check, but giving people the opportunity to train and learn, or [using] your voice on social media to spread the word… So in addition to expungement, in addition to helping those get out of prison for nonviolent cannabis offenses, there is the re-entry process of helping them get back on their feet.”

“This is an uphill battle, this whole movement,” Dan comments. “In the cannabis business, you know who the good guys are, who the real guys are. You can see who just wants to make money… When everybody looks back at seeing these brands come and go, these corporations amassing the money, we’re just the people who are going to keep chugging along.  We’re joining hands with the people with good intentions who are ready for the marathon and not here for the quick buck.”

Evidence works to embody the Daltons’ social justice ethos to the fullest; the promotional images from Nabil Elderkin feature models of color in street clothes, creating realistic portrayals of the average consumer. Yet they’ve drawn negative buzz from big business, to the point that several buyers and stores reject them because they don’t want Evidence’s “gangster aesthetic,” which Casey and Dan say exposes the underlying racism pervading American society.

“This is what our customers look like,” Casey asserts. “These are the types of people who smoke every day. So do a lot of the corporate guys, so do a lot of the soccer moms, but… it’s interesting to me that our imagery is now being thrown back up in our face as something that’s bad… It’s definitely intentional for the Evidence bag to make you uncomfortable. And we intentionally have Black and brown people in our campaign.”

“Those are the people who are historically the victims of the War on Drugs,” adds Dan, “and most likely to be arrested, most likely to be convicted and jailed. And if it makes you uncomfortable seeing a person like that, then there’s something wrong with you.”

Trust an independent, family-owned business to speak up for what’s right. Amid the stigmas, high costs, and challenges of surviving the cannabis industry, the Daltons will continue to be true to themselves and provide quality products with a message. Come what may, there’s just no tampering with their Evidence. 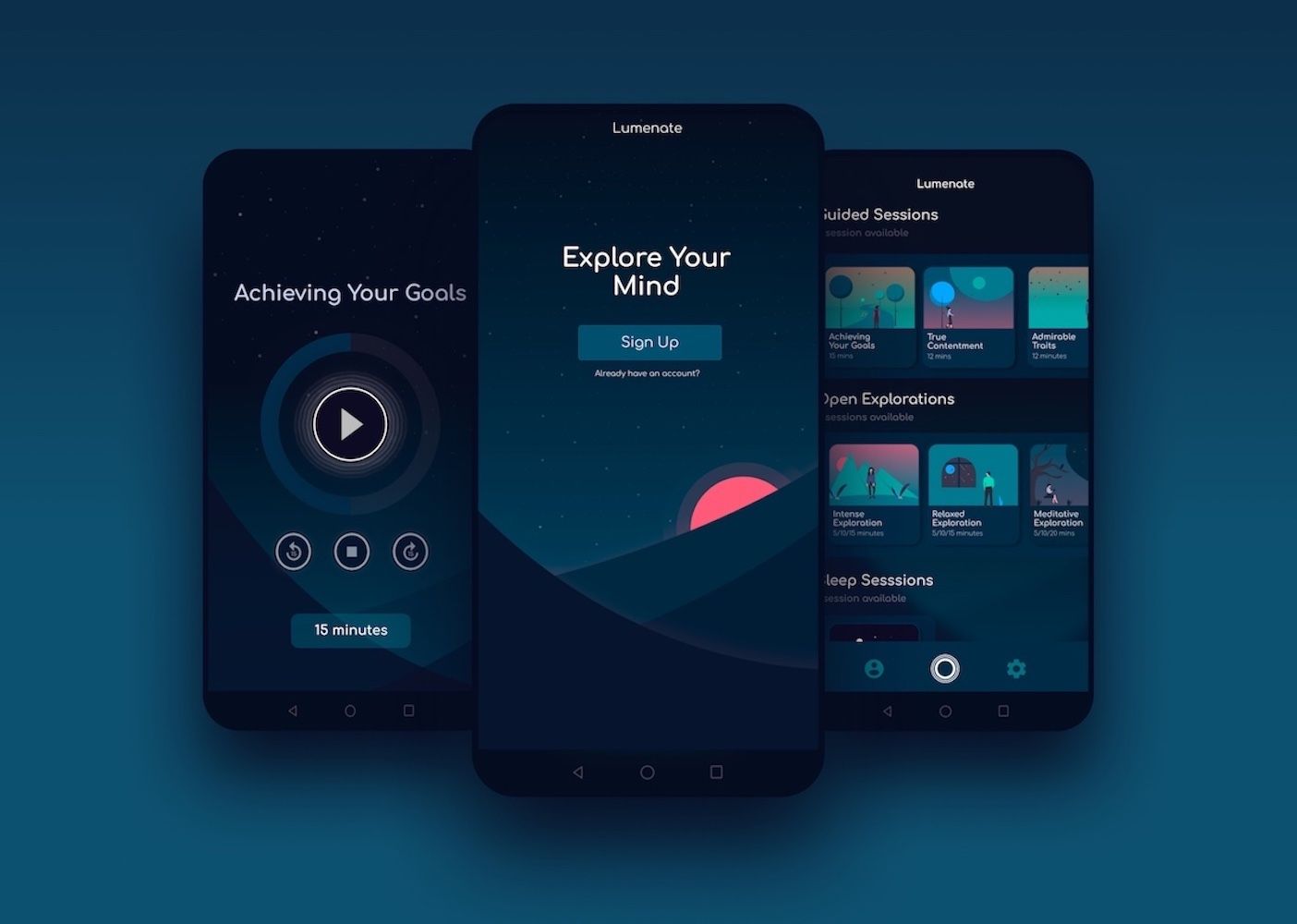 Damian Marley Interview: A Reggae Revolution From The Most High 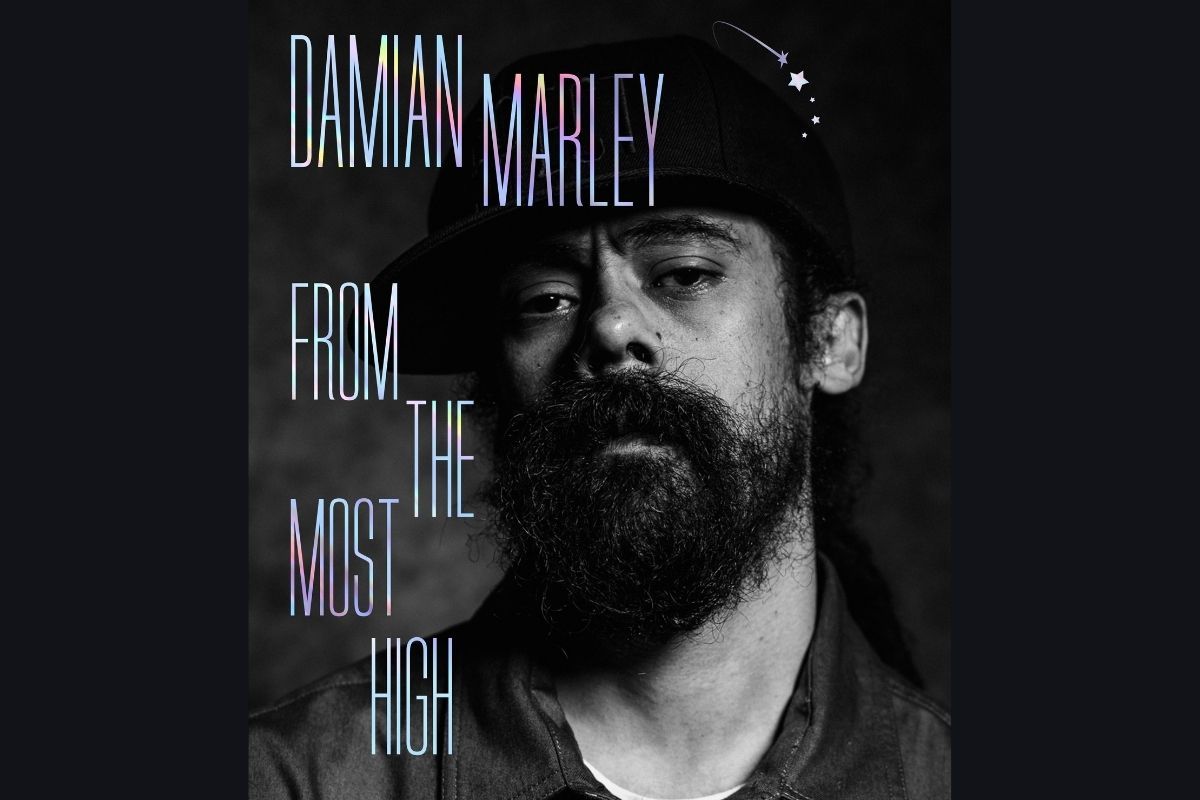