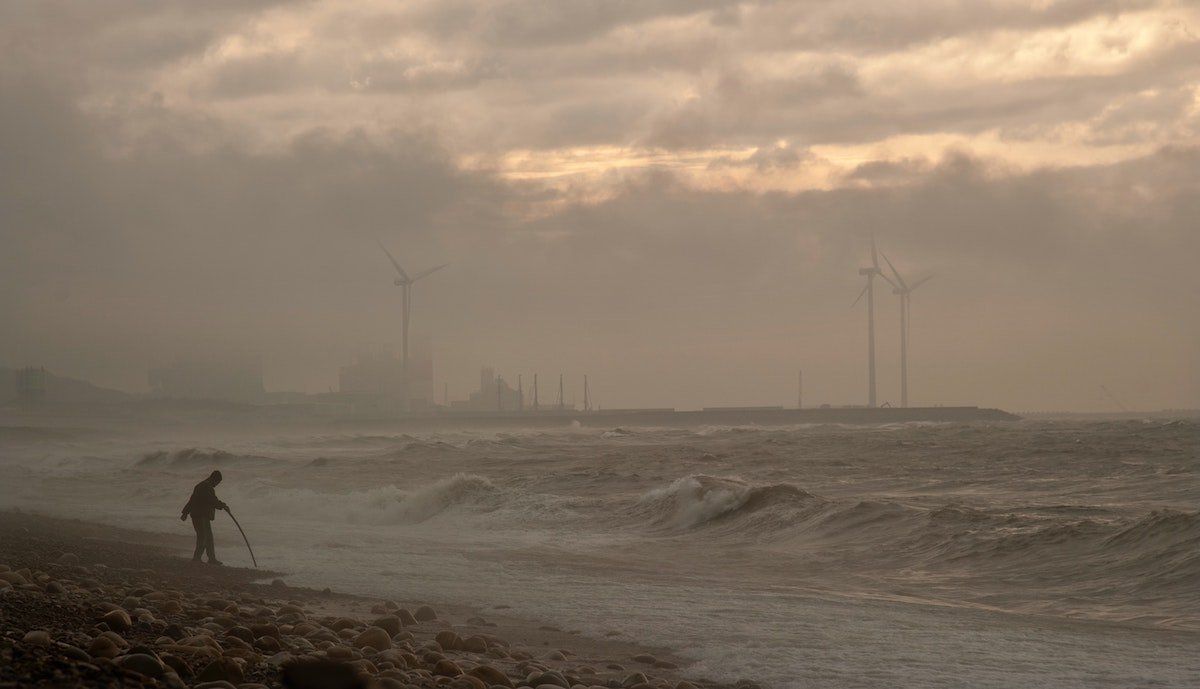 Ecology and climate change are pervasive concerns that are increasingly being explored by poets.

Climate change is now an undeniably pervasive aspect of our social and political conversations–and rightfully so. Each day, we are faced with the slow erosion of our planet and environment. We are constantly presented with the gradual loss of the very life force that fuels this planet, another ice cap dwindling, temperatures rising by incremental fractions. The loss is as much psychological as it is physical, while activists, organizations, and some corporations join the fight to reverse climate change, psychologically, we are facing the realities of living with an imminent catastrophe. It is no wonder that art has increasingly sought to capture the nuances of this loss.

In the world of poetry, specifically, ecology and climate change are pervasive concerns that are increasingly being explored by poets in beautiful and heartbreaking ways. Perhaps it is something about the elusive nature of poetry as a medium that allows for the exploration of something as present yet mysterious as the natural world. Contemporary eco-poetry often captures the psychological implications of living with climate change as well as points to the flawed human nature and relentless capitalism that have led us to this point. While explorations of the natural world in poetry today cannot disregard its destruction; initially, the natural world in poetry was based on notions of the sublime.It was a transcendental force that poets drew inspiration from and found solace in.

Wordsworth’s famed poem Daffodils is representative of this notion of the natural world as a transcendental force and as a source of deep elation:

A poet could not but be gay,

In such a jocund company

The transcendence and joy gained by the persona through nature are highly apparent here. Wordsworth is unquestionably brilliant; however, reading such sentiments about the natural world today feels somewhat peculiar. It is not that I haven’t enjoyed brief moments of joy inspired by nature, but living an insular and urban life, it is difficult not to disassociated from the natural world. Even when I am in the park or on a hike, the neon glow of my smartphone is always present, luring me away from nature.

Jorie Graham, in her relentless and wildly beautiful poetry, has captured the idea of disassociation from the natural world as well as the role that technology plays in this disassociation. Her latest collection, Fast, tackles the technology-fueled speeding up of the pace of our lives alongside the deterioration of the natural world. In her poem Shroud, Graham writes:

Graham’s poetry is often fraught with notions of the fragmented self, an identity crisis that can partially be attributed to our level of disassociation from the natural world. At some point, instead of viewing ourselves as the products of the natural world, which we are, we began to view it as removed from our identity and sense of self. I have often wondered if this sense of separation that we experience from nature is what allows us to destroy it so ruthlessly for material gain. After all, if we viewed ourselves as inextricably connected to the natural world, its destruction would not come so easy.

Many Native American groups, like the Haida and the Hopi, believed in and continue to foster a deeply spiritual and interconnected relationship with the natural world. This is embodied in Linda Hogan’s poem, Song for the Turtles in the Gulf

now when I see the man from British Petroleum
lift you up dead from the plastic
bin of death,
he with a smile, you burned
and covered with red-black oil, torched
and pained, all I can think is that I loved your life,
the very air you exhaled when you rose,
old great mother, the beautiful swimmer,
the mosaic growth of shell
so detailed, no part of you
simple, meaningless,

While this specific poem and many others often portray nature as a benevolent or transcendental force, the natural world is subject to far more complexity. Elements of the natural world, like the fight for survival against predation, are  anything but benevolent. There is an element of ferocity to the environment; the natural world is immense in its complexity, every serene lake reflecting a cloud formation is akin, in some way, to an angry, blazing forest fire or a volcano. Aspects of this ferocity are retaliations against the destruction that we as a species have wrecked. The natural world itself is lashing out against the destruction being inflicted upon it, the increased frequency of forest fires in some areas of the world due to rising temperatures is indicative of this.

This is apparent in Forrest Gander’s poem, Citrus Freeze:

To the north, along Orange Blossom Trail,

who loves the freezing trees

but cannot save them.

The environment is angry, and it is in pain. Poetry works to capture the nuances of this pain. While witnessing the physical destruction of nature is rather harrowing, what is perhaps even more disturbing is the problematic rhetoric that often takes place within political spheres. In the poem California Dreaming, Lachlan Mackinnon aptly captures the hypocrisy and the problematic rhetoric that often accompanies discussions regarding climate change:

There must be somebody to blame.
Better ourselves than no-one.
We brag

of damage done
but whether we could truly
dry all rain, bake all earth,

science does not know.
The wastefulness was all
ours but this fetid heat

could be a planetary
impersonal adjustment
like an ice age,

so it might well be wise
to keep always
facepaint and ash about us.

We are lost in rhetoric. The conversations surrounding climate change, between politicians, industrialists, deniers, and scientists are often cyclical. They bring up the same doubts and uncertainties. Perhaps we are to blame, perhaps we are not, perhaps this is a natural progression like the ice age that once happened, etc. Meanwhile, younger generations look towards an uncertain future. The psychological impacts of living with this uncertainty can be devastating. Sometimes, it feels like the apocalypse is looming. Fatimah Asghar articulates this fear in her poem, ‘I Don’t Know What Will Kill Us First: The Race War or What We’ve Done to the Earth’:

we take grass for granted

the leaves chuckle around us; behind
your head a butterfly rests on a tree; it’s been
there our whole conversation; by my old apartment

was a butterfly sanctuary where I would read
& two little girls would sit next to me; you caught
a butterfly once but didn’t know what to feed it

For humans, it seems that love without possession is a novel concept. We see something beautiful or profitable and our first thought is to capture or possess it. We see a beautiful flower and we want to bring it home and place it within a vase. We see a piece of land rich with natural resources and beauty and we choose to profit from it, regardless of the ecological consequences or the impacts on the indigenous peoples of that land. We assert our ownership upon this planet, as though we hold the earth, when, in reality, it is the earth that holds us. Possession and ruthless exploitation, however, lead to degradation and eventual death. If we are to take ownership, if we are to exert our might on the natural world, then let it be for conservation as well as gain.

The articulations created by these poems are articulations of loss. While they may seem pessimistic or fatalistic, poetry allows for the expression of the psychological impacts of living with an imminent catastrophe. The expressions of these uncertainties and feelings of loss are important because they bring us closer together. While poetry may be conceptual or abstract, it is acknowledging and processing these elements that can give rise to action. I believe there exists a subtle symbiosis between the practical and the conceptual. Art is the very catalyst for this symbiosis. Let us articulate our loss and our collective pain, and let that acknowledgement help us transform this pain into action.

Neha Mulay is a New York based Australian-Indian writer. She believes in the power of poetry, the importance of sustainability and the pleasure of an ethically sourced, perfectly made cup of coffee. 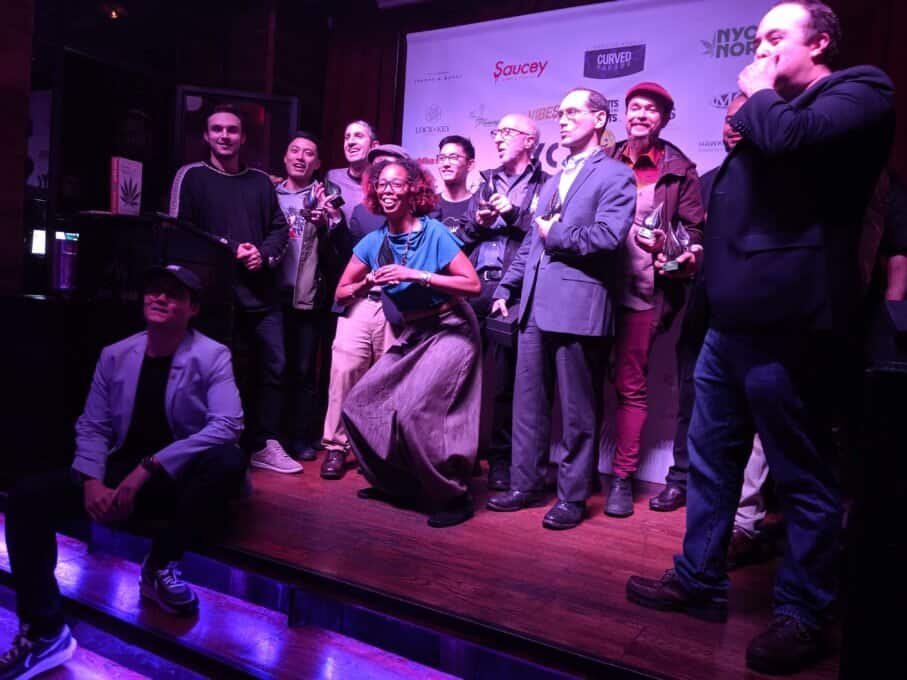 The Science of Happiness: A Journey Begins