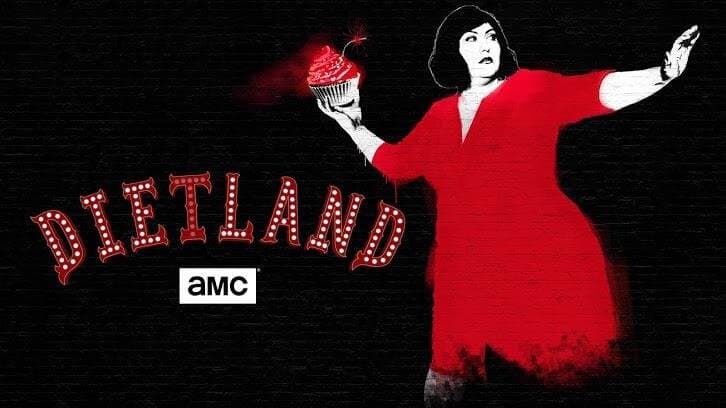 "I was tired of being obedient.” AMC’s new show Dietland is a dark comedy that relishes sharp dissections of uncomfortable subjects, including topics that have been on heavy rotation in the public conversation lately.

On Anime Fans in the Black Community

“I was tired of being obedient.”AMC’s new show Dietland is a dark comedy that relishes sharp dissections of uncomfortable subjects, including topics that have been on heavy rotation in the public conversation lately. I recently finished watching the first season of Dietland, and want to discuss both the show itself as well as some criticisms of it that I’ve read. But to talk about Dietland as fully as I’d like, I’ll have to include some spoilers.There’s a lot to unpack here, but I’m really interested in exploring viewers’ and critics’ reactions to Dietland, so bear with me.

For those of you who haven’t seen the show, Dietland is about Plum, a ghostwriter for a teen magazine. And she’s fat. This is both a big deal and no big deal — pun fully intended. Plum (played by Joy Nash) is a multi-dimensional character whose wants and needs are laid bare in the show, though her body and her relationship to her body still steer the narrative, underscoring the point that bodies like hers remain outside of the conventional standard.As a fat woman, I crave characters who look like Plum. While I hope that one day we can have characters like her onscreen and not have the storyline revolve around her weight, Dietland is a little different.Plum starts off the series planning to have gastric bypass surgery, an operation thousands of Americans undergo each year. She’s sick of the constant war on her body waged both by herself and society. Dietland is the first accurate depiction I’ve experienced on television of what it’s like to navigate the world when you’re plus-size. It doesn’t shy away from the uncomfortable truths.

Plum meets Verena Baptist, the daughter of a weight loss guru (and fraud) who wants to help people in a kind of pay-it-forward style. She understands that her mother took advantage of women, and Verena now uses the money her mother made to give back to women struggling with insecurities.Baptist (played by Robin Weigert) wants to help and deprogram Plum, through a bizarre series of frankly humiliating trials. But ultimately Plum chooses to become involved with Verena’s contingent of unorthodox feminist activists not because she agrees with them, but because she’s offered $20,000–enough to cover her bypass surgery. All the while, there is something very sinister about Verena, and although her character may seem like the calm seen-it-all-before and has-all-the-answers feminist, there’s something about her that just doesn’t add up.As we’re introduced to Plum and her life, work, family, and friends we’re also introduced to the guerrilla group Jennifer, comprised of women seeking revenge on men who have not been held accountable for their actions. This group of women targets pedophiles, rapists, and domestic abusers, and kills them, often in brutal and public ways. The group’s actions provide a potentially cathartic illustration of of swift, brutal justice. With a legal system that so frequently lets powerful men’s actions go insufficiently punished, Jennifer provides a satisfying and illuminating counterbalance.

Still, the show has come under fire for many reasons, and unfortunately, one may be the character Plum; it would seem that the story of a fat woman who remains fat is too much for some folk. The series takes a scathing look at the still-thriving diet and magazine industries that continue to profit off of women’s insecurities, and while many of us are already familiar with the body positivity and fat acceptance movements, many are not, which is why a show like this still feels necessary in 2018.I’ve read a lot of reviews of Dietland and most of the criticism leveled at the show seems to be rooted in thin privilege and fat phobia.Take this quote from Jezebel editor Megan Reynolds: “I’m certainly not suggesting that catcalling doesn’t happen, but it seems that we are expected to believe that Plum lives in a world where being a woman of her size is so remarkable and so unheard of that a group of rude men would go out of their way to take a picture of her. To share it? To laugh? Who knows!”Bitch, you serious? THIS IS THE WORLD WE LIVE IN. I cannot tell you how many times I see covertly-snapped pictures shared on Twitter, meant to shame a fat person at the gym or at their local fast food outlet–trying to live their lives, like anyone else. Just by questioning the validity of Plum’s experiences it goes to show how naive some folks really are. It is idealistic to think that a few years of body positivity showing up in mainstream conversations has magically erased all forms of discrimination and harassment of fat people. For me, that scene in Dietland felt, sadly, very accurate and true to life.

“You’ve got to be kidding,” she said. “I came here to lose a few pounds because of back pain. What kind of sick, self-loathing mindfuck is this?”

Dietland has plenty to say about being a fat woman in the world, but there’s also an interesting storyline involving Julianna Margulies, who plays Kitty Montgomery, the high-powered editor of Daisy Chain, the magazine where Plum works. Teenage girls write in to Kitty’s magazine column asking for all kinds of advice on love, sex, mental health, and personal problems, and Plum answers those letters as Kitty, because the editor herself can no longer relate to these young women. At first, Kitty seems to be a woman in control of her business from her ivory tower. But, as is the case for many women in positions of power, there is a man above her and as the series goes on Kitty begins to realize how little power she really has.

“From the time we’re little girls, we’re taught to fear the bad man who might get us. We’re terrified of being raped, abused, even killed by the bad man, but the problem is, you can’t tell the good ones from the bad ones, so you have to wary of them all. We’re told not to go out by ourselves late at night, not to dress a certain way, not to talk to male strangers, not to lead men on. We take self-defense classes, keep our doors locked, carry pepper spray and rape whistles. The fear of men is ingrained in us from girlhood. Isn’t that a form of terrorism?”

It’s a dark twist of irony that it’s rape porn that provides Plum with her epiphany. In a scene a few episodes into the season, violent pornography is projected on every wall in a room while a woman, whose face is scarred from an acid attack by her father, is watching. She says it helps her and when Plum asks why this little exchange happens:‘Do they look like us?’ The woman asks.‘No’ replies Plum.‘They’re perfect… How’d that work out for them?’Which is essentially saying that as a woman, you can be everything society wants you to be and there will still be men who want to debase you, humiliate you, violate you.Plum’s having none of it, and it’s this interaction that makes her break out of her self-loathing and decide to embrace life and say fuck the fat haters. She’s going to live her extra life! Only to have that fire extinguished by a guy with a fetish for large women.I felt conflicted about the rape scene. On one hand, I’m so tired of rape storylines as they’re usually lazy attempts to shock the audience. On the other hand (and I almost can’t believe I have to say it), fat women are victims of sexual assault too, and that’s yet another way that fat people are denied humanity in media portrayals. In large part because of what’s shown in movies and TV shows, there’s a strange belief that only thin, pretty, white girls can be victims of sexual crimes.

Which brings me onto the subject of Dietland (the novel, by Sarai Walker which, full disclosure, I have not read) shaming sex workers. The show definitely takes the stand that violent pornography is bad and makes a direct correlation between that and rape culture. I was disappointed to hear that Walker’s book is more blatant in its idea that all sex work and pornography is degrading and exploitative of women–an idea that I don’t personally agree with, and I will be curious to see how those topics develop in the show’s next season, as truly intersectional, inclusive feminism must always include sex workers..However, I also think it’s important to remember that the perfect feminist is a myth. We fuck up, and our attitudes change over time and with experience, and perhaps Walker has since done the work of educating herself on these issues. But based on what I’ve heard, I don’t think I would enjoy the book as much as the show.It’s a show that, though not perfect, is certainly worth watching, and I’m intrigued to see what Season 2 will bring.–Bolded quotes are taken from Sarai Walker’s novel. 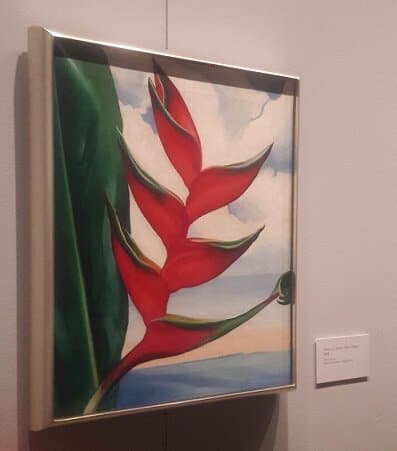 A Tour of Jacob Wheeler Art at the Jue Lan Club 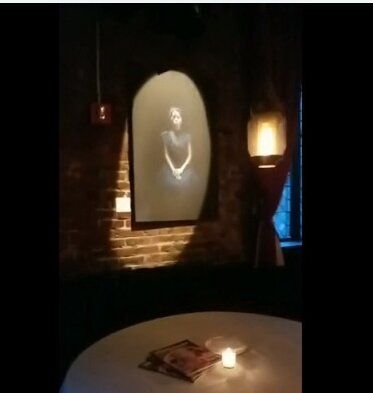