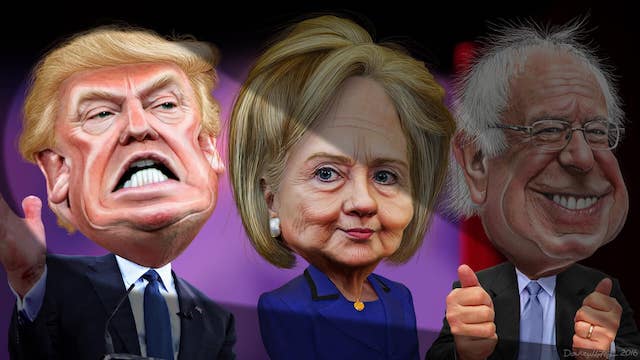 Date Night with Trump and Bernie

Attending Donald Trump’s Eugene, Oregon rally puts me in the mind of first dates: the first date generally sets the tone for the rest of the relationship.

Attending Donald Trump’s Eugene, Oregon rally puts me in the mind of first dates: the first date generally sets the tone for the rest of the relationship.Donald Trump’s rally started online, where interested parties went through a series of qualifications to get approved for a free ticket, and afterward were told the rules of appearance.  No cameras with detachable lens, no tripods, no selfie sticks, no GoPros.  No signs, banners, placards.  So I carried nothing but a mechanical pencil, a small blue notebook, and my car keys. The first problem was getting to the location.  Police cars with their lights flashing had the fairgrounds surrounded for blocks around.  A helicopter circled overhead.  People flowed into the fairgrounds, and then, began to flow out, with unhappy faces.  At the door, there were angry protesters with signs and slogans.  There were more police. And there were people being turned away, one by one, (including me) because of a “phone scam” that allegedly had invalidated some free tickets, and now, no one could get in.So if we consider these as first dates, first contacts, and we consider what this initial comparison could mean for a relationship with the country, it doesn’t look very positive.  We have two polarized candidates, one friendly, one highly controlling.  In fact, the words “police state” came to mind, as I threaded my way through the police cars and security guards.But there is more to a man than his car, or his job, or, for the sake of argument, his security at a rally. In contrast, the Bernie Sanders rally had the essence and vibe of a concert, or big sleepover; everyone tumbled in joyfully, and conducted themselves in an organized, if not enthusiastic, manner.  There was a security checkpoint, much like the one at Disney World, where items were searched for dangerous weapons, and there was a body scanner for metal, etc.  There was a “high-five” group to congratulate you when you were admitted.Bernie Sanders wasted little time marching to the podium.   He complimented the guy who introduced him with a parody from “Hamlet” (To Bern, To Bern, perchance to dream…) and launched into a list of facts and statistics on needed change and what he proposes to do about them.  It became obvious to me that he really did know how to put a bill through the arduous process of the House and Senate.  He wasted few words on polish, but passionately indicated he was determined to fight injustice.  Picture, for a moment if you will, the character in the film “An Evening at the Roxbury” who steps up to the bridal plate, and announces: “I bench 305 pounds…I’m a professional trainer, and I hope to market my own protein bar someday.  Besides, I’ve always loved you.” This was Bernie Sanders message, and it seemed to me after that rally, that Bernie was a great candidate for a long term relationship.Donald Trump, whose career I have followed, whose books I have read, and whose shows I have watched (excepting “Celebrity Apprentice,” that was just too silly) presented himself smoothly, humanely and as a humble flawed king, asking his subjects to accept him.  (I watched it on YouTube.)  After a half hour of entertaining banter, I noticed that although engaging, Mr. Trump continued to talk only about himself, in a variety of ways.  He was engaging, funny, self-effacing, victimized in some stories, and a name dropper through the entire speech.  He reminded me of the dates I have been on where a guy pulls out the chair, orders you both a steak without asking what you want, (because they are the best) gossips about the neighbors, and laughs long and loud at his conquests.  As his date you begin to realize you are a prop for this guy’s ego.  When The Donald says, “If I’m not elected, you’ll never see me again,” reminds me of fighting my way out of a car from just-such-a-guy, as he yelled, “You’re turning down the best you’ll ever get!”  Combined with the security police, this is not a Second Date Situation for the USA. If that car had had Donald Trump in it, I might have made it out of the car, but not through the police lines…and then, there is the helicopter.I also noticed a subtle closing routine of guilting the audience, followed by the promise of being smart, and happy if they elected him.  Donald closed with his now famous litany, “We’re going to win…and we are going to keep on winning, until you are sick of winning…and then we’re gonna’ win some more.”  There was, however, no disclosure of exactly how this might happen, and I thought of the unhappy faces of people, turned away, who had turned out to support him: elderly, handicapped, overweight people, who wanted to hear him deliver a dream for them.  Donald himself has said, “Looks matter,” and as First Date, this would worry me. I noticed a lot of really cute cowboys getting through the doors without a problem.  What will happen to us as a country if we become unattractive?  It worried me when Donald slipped into talking about curtailing the freedom of the press, so cleverly it sounded as if he was protecting the masses.  Careful.  Girls can get locked in the house for years with that attitude. 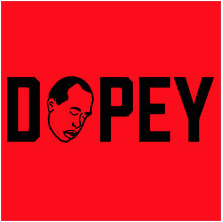 Dopey: On Drugs and Addiction By Dave and Chris 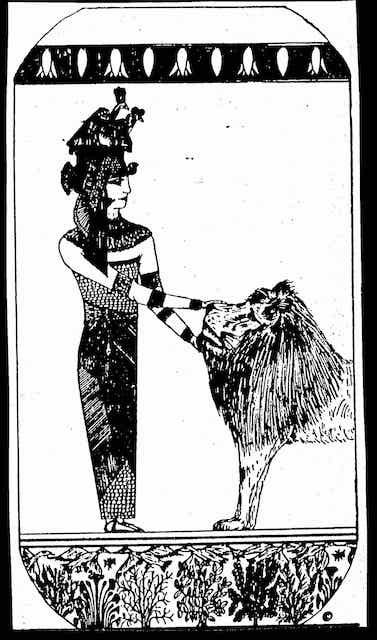