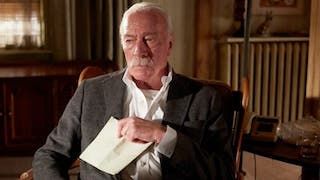 Christopher Plummer hunts down a Nazi to Exact Revenge

Zev Gutman (Plummer) is a 90-year-old man who fades in and out of reality due to dementia. He lives in a retirement home. We first meet Zev a week after his wife Ruth died.

Honeysuckle’s Dorri Olds landed an exclusive interview on March 10 with Remember director Atom Egoyan.Academy Award winners Christopher Plummer and Martin Landau star in a Nazi fairytale thriller about revenge, aging and karma. Zev Gutman (Plummer) is a 90-year-old man who fades in and out of reality due to dementia. He lives in a retirement home. We first meet Zev a week after his wife Ruth died. He is stuck in a Twilight Zone-ish Groundhog Day, waking up every morning talking to Ruth, until he is reminded once again that she has died.Elderly Max Gutman (Landau) is confined to a wheelchair but has all of his mental faculties. We learn that these two men were prisoners together at Auschwitz concentration camp. Max has designed a plan and sent Zev a package containing a letter with instructions that explain why Zev must go in his place to exact revenge on their sadistic Nazi guard. Max provides enough cash for Zev to embark on this journey.

Dorri Olds: How did you land Oscar winners Christopher Plummer and Martin Landau?

Atom Egoyan: I immediately thought of Plummer and Landau when the budget came in. I had worked with both before—Christopher on Ariat—and I’m one of his biggest fans. He’s one of the finest actors working. Thirty years ago, I worked with Martin on an episode of TV’s “Alfred Hitchcock Presents.” I was young and in awe because he’d worked on North by Northwest. I drilled him about what it was like to work with my hero Alfred Hitchcock. We had a wonderful experience and promised to meet up again.

DO: Had you seen Dean Norris in “Breaking Bad”?

DO: Is that why you cast him?

AE: I met Dean at a festival in Rome when he was being celebrated for his work in “Breaking Bad,” a show I love. We sat beside each other and got along and we said, “Hey it’d be great to work together.” I knew Dean would be able to summon this character, one who is grieving and missing his father.

DO: Remember seems like a fairytale, a revenge fantasy. We have to accept the premise that a 90-year-old man with dementia could function as well as Zev did. Did you research dementia?

AE: Yes, we did a lot of research. Here is the thing, I don’t think that Max [Landau] could have expected that Zev [Plummer] would follow his directions to a tee. You put your finger on it, it functions as a fable.

DO: With such a beautiful twist at the end.

AE: Max needed to force a reckoning. There are people who look at it literally and think that Max had the whole thing planned right to the final scene in Reno. But I don’t think it’s likely, that’s preposterous. You can accept the premise though because we did a lot of research about how suppressed memory can work. It’s important to understand that suppressed memory has nothing to do with dementia. Those are totally different mental issues. The film is dealing with denial. Denied memory can become repressed memory, which can become suppressed over a period of time. Over decades a person can begin to believe their memories are real. That is a separate process from dementia. Dementia immediately effects the short-term memory. Long-term memory is the last thing that goes. We did a ton of research about this and consulted a number of experts.

DO: Have you ever entertained a revenge fantasy?

AE: Yeah, but in our case the perpetrators never admitted it. As a child, you hear that and feel enraged. There are a lot of revenge fantasies but you grow out of it. But it’s one of the things that appealed to me about this story. Looking at the Holocaust in present time, we are talking about some of the last survivors, the last perpetrators. You are expected to think of this story as reconciliation but it’s not. It’s about rage—white hot anger. When we see Max, we understand. Max wants to do the right thing and work with the judicial system, capture the criminals, and put them through court but he knows that’s never gonna happen so he resorts to a rogue method.

DO: My father was a captain in WWII and my whole family was wiped out. So I experienced a lot of joy thinking someone was going to be punished. I think most people have had revenge fantasies, would you agree?

AE: Well, listen, what I wasn’t expecting when we started screening this film—and we had a number of screenings and won a number of popular audience awards—I wasn’t expecting certain moments in the film, violent moments where people cheer—I mean the audience cheered so something is being released. When that happens it obviously has an emotional effect. People may not want to think that they are rejoicing in a revenge fantasy. There is obviously something deep happening with the film [as seen by the] amount of empathy that’s being worked up for Christopher Plummer.

DO: The movie is also about aging and grief. Zev grieves every day, each time he realizes that she died.

AE: That’s an important part of what’s happening in the film. We are understanding loss at a personal level and we are understanding it at a historic level as well. The amount of pain and grief that both of these characters are experiencing is incredibly palpable.

DO: What are you working on now and in the future?

AE: There’s a couple of things. I’m working on an adaptation of a book, while also working on an original film. I’d love to do comedy at some point in my career. It’ll be a twisted dark one I’m sure. There are elements of that in this film—as serious as it is there are moments of dark humor.

DO: Did you work with Benjamin August on revising the Remember script?

AE: Elements of it. It came as a brilliant script. It is shocking that it’s his first being played. After the experience I had with Captive, which was so complex and working with so many different time periods, I welcomed the simplicity of [this story that] Ben was telling. The characters are complex, but as you said, there is a fable-like simplicity to it. I didn’t want to mess with that. Remember is now playing in select theaters. Drama, suspense, thriller. Rated R. 95 min. Watch the trailer: 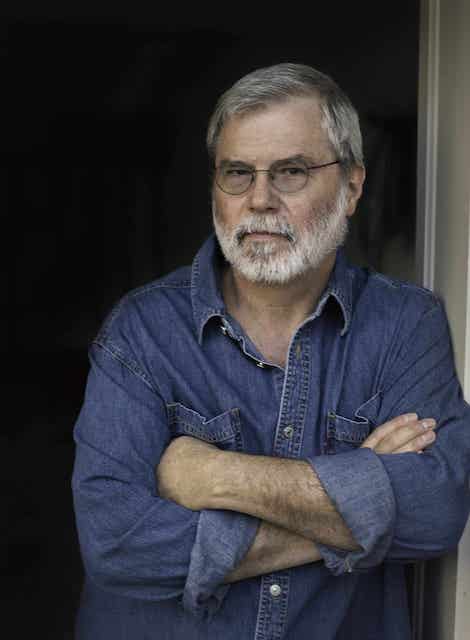 TO LIVE AND DIE IN TEXAS 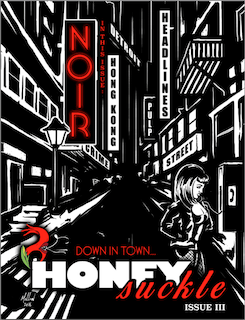