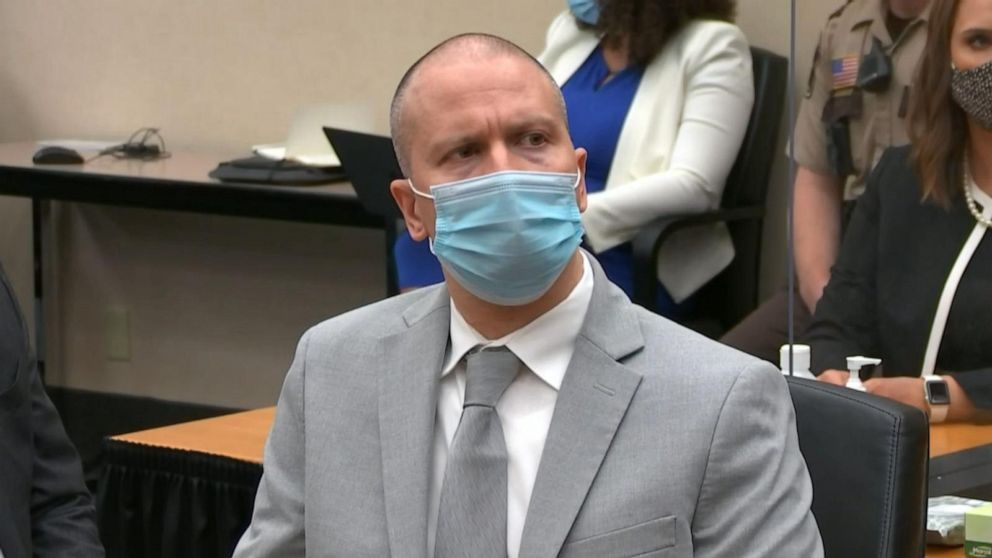 The conviction of George Floyd's killer, Derek Chauvin, is not enough to make anyone safe, Candice Lola writes.

“Here we go again,” shell-shocked Americans moan at the waves of breaking news of young people of color being murdered by police.

“As a parent, I’m grieved, I’m horrified,” says a white man in an interview with specific annoyed pain in his voice. “My prayers to the loved ones of the deceased and politicians and cops,” writes a suburban mom who has no skin in this game.

Politicians arm cops with military gear and then call for calm. Prominent figures call for police reform, screaming over the voices of on-the-ground activists calling for abolition. Conservative pundits take a break from making excuses for murderous cops to lambast the “bad apple” that’s forcing them to stray from their regularly scheduled programming. People march for justice because they are grieving. The same murderous cops are deployed to contain them, block access to resources, and harass journalists. There is violence, and more grieving, lots of lying, and then the months-long process of bringing the single “bad apple” to his symbolic punishment begins. The world goes a little bit quiet, hoping to recover. Everyone tries to move on. And then someone else gets shot to death at the hands of those hired to protect us. Here we go again.

I, like most members of my community, am not shell-shocked.  I very much understand this world, the one outside the bubble of wealth and white privilege. There are those of us who watch copaganda shows and scoff. We shiver at the sight of a bored cop car waiting on our block, watching us as we walk by. There are those of us who have been harassed so much that simply driving is anxiety-inducing.  Notwithstanding the recent visibility and support of Black Lives Matter many of us know that most people, even the well-meaning ones, are just maneuvering accordingly so that they can avoid confronting the violent system of white supremacy that they are benefiting from. We recognize that the posturing, the virtue signaling, often comes with an entitlement to stolen resources and exclusive access. That many white people are too short-sighted to give up their privilege so that all of us can survive. Some of us know that what we need, what we actually need, is “too radical” for most people claiming allyship with us. We know that we will be silenced when we answer the question “what can we do” with the truth. Some of us know. We’ve known all along.

It’s the reason why I can’t exactly do a jig at the news of Derek Chauvin, the cop and star of the viral video where he knelt on the back of George Floyd until he was dead. A jury, after two days and ten hours, decided that Chauvin was indeed guilty of second and third-degree murder as well and second-degree manslaughter. The evidence they had to consider was pretty damning; a gruesome cellphone video that caused an international uproar; sobbing, traumatized witnesses giving testimony; and even condemnation from the chief of Minneapolis police, an extremely rare occurrence. Several medical experts refuted the main claim of Chauvin’s defense that Floyd died because he had overdosed on fentanyl. Chauvin also had many complaints filed against him over his law enforcement career, where he had employed several violent and at times deadly force several times.

It became clear about halfway through the trial that Chauvin was probably going to hang, despite the hopeful commentary from some and calculated speculation from experts that he would still walk. The day before the verdict was announced, Black people cautioned each other not to get their hopes up. Many people couldn’t even watch the trial for fear of heartbreak.

Black people have watched many trials like this, from Emmett Till’s killers to Trayvon Martin’s killer. The overwhelming majority of the time, even in the face of clear evidence, our killers get excused and even celebrated. George Zimmerman didn’t even get indicted when he murdered 17-year-old Trayvon Martin. Jeronimo Yanez, who killed Philando Castile in front of his girlfriend and 4-year-old daughter, was acquitted only five months after the murder.. Rusten Sheskey, the officer who crippled Jacob Blake wasn’t even charged with the crime and is even back on duty. Jonathan Mattingly, one of the men who shot Breonna Taylor as she slept in her bed even got a book deal to tell “his side of the story”. In response to the understandable and widespread disgust, Simon & Schuster dropped the book from distribution, but his deal with his publisher still stands. Taylor, however, will never be able to tell her side.

Chauvin’s conviction is not a sign of change. That people are patting themselves on the back because of it, lauding the conviction as a sign of progress, is frustrating. I can’t cheer yet. I can’t breathe a sigh of relief because one out of the hundreds of cops that kill people every year is finally facing punishment. He is not the first to go to jail for murdering a person while on the job. It rarely happens but now and then, the public becomes so outraged about a heinous thing a cop did that their brothers in blue must abandon them. But even the language around the trial, that what Chauvin did was somehow outside of the ethics of policing, paints him as a lone bad seed in an otherwise just and functioning system. Never mind that in his nineteen years of policing he had garnered eighteen complaints of brutality and was still on the force. Never mind that some of the other officers present during that arrest had similar records. The system hung Chauvin out to dry so that it could save itself. It’s a distraction, not progress. Some of us know that.

Yet on April 20th, Black people were expected to rejoice. We were expected to perform gratitude and relief. We were supposed to assure everyone else that progress is coming, and hold up the conviction as proof. But think about what it took to get this to happen. A video shot by a scared young Black girl who captured an              encounter that was happening brazenly in public, in broad daylight, with several witnesses around. Widespread disgust towards American police spreading on social media. Several worldwide protests. Multiple violent clashes between police and white protestors, some also caught on camera, some of them even fatal. The general public opinion of police plummeting. Several other Black people being killed by police between the time of the murder and the time of the trial. Chauvin’s violent record as a police officer, complete with numerous complaints of him restraining people the same way he killed George Floyd. Scores of witnesses and medical examiners refuting the defense. Yet with all of this evidence and public pressure, even Chauvin himself seemed surprised when the judge announced the jury decision. And after this gargantuan, international effort, even after Black Lives Matter became the largest movement in history, the court did not try the people vs. policing. It tried the state vs. this particular defendant. You can relax Americans, said the court, we got the bad guy.

But that’s not true. Violent policing as we know it not only didn’t slow down, it got worse. Since the beginning of Chauvin’s trial on March 29, police killings even mounted, with an average of three people a day dying at the hands of a cop. At least half of the victims have been Black or Latino.

One of the victims, Adam Toledo, was only 13 years old and had his hands up when he was shot dead. Before the bodycam footage was released to the public, Chicago mayor Lori Lightfoot, who had already seen the video, corroborated with police testimony that Toledo was armed when he was killed. There was outrage when she and Chicago Police were caught in their lie.

And on the day Chauvin was convicted, 16-year-old Ma’Khia Bryant called for police to help her when two grown women were trying to attack her. Within minutes of arriving Nicholas Reardon had fired four shots into the teenager with nearly no attempts to deescalate the situation. At her funeral, the family described Bryant as a “smart girl capable of fulfilling all her dreams.” Now we will never know. You’ve gotta tell me, American, where is my relief? Where am I supposed to find it when tragedies overlap so much that my tears don’t have time to dry? How am I supposed to hail this as an improvement when there is a real fear that police departments will retaliate against communities over Chauvin? How can I be grateful for the same system that has Black people now instructing each other to lay low and hopefully avoid the backlash? And why are you not as incensed as I am at your fellow Americans being slaughtered so flagrantly? Do you honestly think you are that different from the victims?

America is not listening to us, so its relief is frustrating to watch. Its expectant eyes on Black America, waiting for our thumbs up of approval, are exhausting. I’m frustrated that this singular conviction is being showcased around as a major triumph. Many of us grew up in neighborhoods over-policed by cops who hated us. Another child being killed by police is not breaking news. This is a horrific part of the stunning, extensive mosaic that is being Black in America. My stories sound like my parents’ stories, and their stories sound like their parents' stories. I was raised to face and navigate this reality and carry the burden of it. Black people cannot also carry your guilt and your expectation if you won't even hear us. History, radical writers, and Black Lives Matter activists have been clear; salvation will not come from the state, the same place our oppression comes from. Salvation will come from us, from you and me together confronting the entire system and rebuilding with our full humanity in mind. That’s it.

But I want to be clear,  I do believe progress is happening.  I believe that things are going to get better and that we will establish radical, revolutionary change. But it’s not because the system decided to throw the starving masses a crumb of justice.

I believe we will win not because of my government, but because of my neighbors. I get hopeful when you get pissed. I feel relief when you make the choice to stand against structural violence like gentrification, or decide not to call the police on your neighbors, or when you use your privilege to stand between the state’s violence and someone that looks like me. When you call to defund the police and abolish policing I breathe a little better. That is movement,  that is real, necessary action.

Turn radical. Read your history. Stand aside, let us lead, and trust that we know what we are doing.  The system of law enforcement has a clear allegiance. It has been proven again and again. History reveals its racist roots, has proven its ineffectiveness again and again, and the police have demonstrated more than once that they do not protect the people, but white supremacy and capitalist interests. Until the very system of policing ends for good, I am not safe. You are not safe. And I’m definitely not relieved. 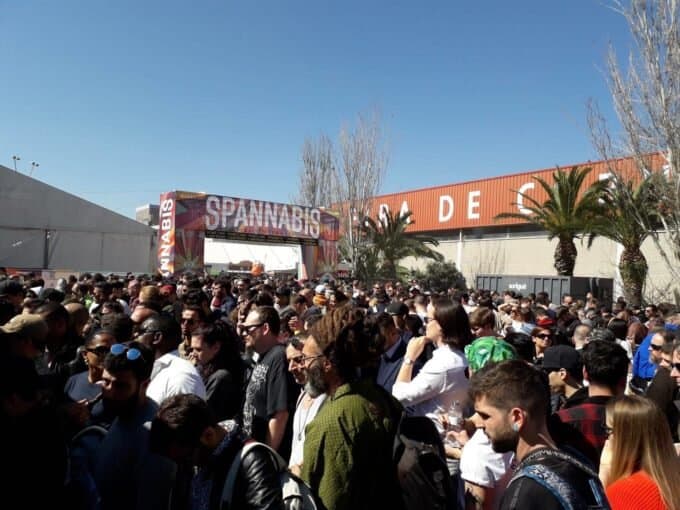