Cannabis Industry Disrupted with a Bhang™

We begin our conversation and she speaks with an ease reminiscent of catching up with an old friend, not one of the first female presidents of a publicly-traded, globally-distributed, OG cannabis company.

Jamie Pearson answers my phone call while mid-sentence with her children. She’s well versed in the management technique every multitasking mother employs, she can tend to more than one person with the same sentences.  “You know how it is with kids,” Pearson says after a pause, during which the bustle of her 19 and 20 year old kids quiet and her voice sharpens into focus. We begin our conversation and she speaks with an ease reminiscent of catching up with an old friend, not one of the first female presidents of a publicly-traded, globally-distributed, OG cannabis company.

She is currently in Absarokee, Montana —a town of 800 in the Stillwater Valley of the Rocky Mountains— on her father’s ranch, spending time with her family in the wake of winter holiday celebrations. Her dad’s relationship with cannabis became unforeseen bookends to her own journey with the plant. “I wasn’t a fan of cannabis growing up, but I am a big fan of my dad.” She grew up on his farm where he was a cannabis farmer and lifelong user, planting just four plants a year to sustain his own consumption but never to sell. In the haze of Reagan’s War on Drugs, Jamie herself was never a user but faced the stigma of her father’s choices at her small town high school with a graduating class of just 24 students. She recalls an incident in which her high school boyfriend ended their relationship because his parents did not approve of her father’s pro-cannabis lifestyle.

An entrepreneur in his own right, Mr. Pearson owned a disaster restoration company, renovating houses plagued by floods and fires. His neighbors still refused to see him beyond the rose of the joint he lit up after playing country music set in cowboy bars. Pearson, who felt the sting of her community’s ignorance, was already a rebel of her own making. She confronted her own biases against cannabis after an unfortunate vomiting episode at a wedding where only a joint offered by her nephew helped her recover. Then again when the mother of a high school friend was suffering Stage 4 colorectal cancer, Pearson saw that the patient was only able to eat again post chemo and radiation therapy because of pot brownies. “Those two things helped me realize, holy smokes, I’d been so judgmental. And then I looked at my dad and thought, ‘That motherfucker knew the whole time.’”

This moment of clarity then evolved into a career that culminated in her role as CEO of Bhang Corporation, a cannabis company en route to being one of the most trusted in the United States. Bhang specializes in cannabis infused chocolates, but also offers other products such as beet shots, vape cartridges, spray, and capsules. Pearson was entrenched in the real estate business prior to this role, owning a property management company and several rentals in Brazil, Ecuador, and the United States. Her sizeable real estate portfolio speaks to her skills as a negotiator, financier, and powerhouse leader in business.  The bridge to cannabis was her first cousin Muggs, from the notorious California hip hop group Cypress Hill, who had previously collaborated on real estate investments with Pearson for 15 years. In 1993, SNL graciously presented Cypress Hill with their first lifetime ban from the show after Muggs famously lit a spliff on stage to cap their performance. “Yo, New York City, they said I couldn’t light my joint, you know what I’m saying? Well, we ain’t goin’ out like that!” was the sermon heard through the city at a time when weed was not embraced in the churches of entertainment as they are today. The former CEO of Bhang, Scott J Van Rixel, was a fan of Cypress Hill and resonated with the group’s desire to create a collaborative product with multi-state distribution rather than just have them be the face of a shallow partnership. “We ain’t goin’ out like that!”. All the pieces were in place. Celebrity. Corporation. And Pearson, their champion in every sense of the title. The machine was able to successfully create and sell an edible chocolate product.

The cannabis industry is a difficult one to break into. First, there are special interests of Tobacco and Big Pharma protected by our government that ultimately delay necessary legislation for cannabis companies to prosper. Second, female representation still egregiously lags. According to a Bloomberg News article published in July of 2019, “Among the 20 most valuable publicly traded cannabis companies in the U.S. and Canada, there are only two female chief executive officers and not a single chief financial officer.” Yet, Jamie Pearson treads tactically and ferociously. “Bhang is different because we are quick and nimble. We have a light Cap X model. I don’t have big roads. I don’t have big retail shops. I don’t have big overhead. We’ve kept it that way on purpose so it’s easy for us to get down to bare bones and stay in business.”

With this conservative business model, Pearson was then able to imbue her success with social consciousness. Calling herself “annoying,” with the same irony as feminists calling themselves “nasty woman,” post-Trump’s misogynistic tirade, Pearson describes the constant anxiety she faces confronting boards of “Pale, male and stale” executives that make decisions for an entire industry. “I know being a woman is affecting everything I do.” Her prowess in navigating these spaces began when she was a standout high school and college basketball point guard and had to prove her worth every time she stepped on the court for a pickup game with men. A politically gendered play by play ensues: “First, the guys treat you like you’re a special flower and they won’t touch you. Then, if you’re any good, an ankle breaker, you make a move on them, you score on them and, oh, shit, it’s on. After, they’ve got to save face. So, he gets a little bit rough with you and you gotta hold your own because they are pushing you a little harder. They’re going to elbow you a little bit because they’re mad and don’t want you there. You work harder than some of the other guys on the court. Only after they’ve watched me play do they want me on their team.”

The call to play is on a haunting repeat for Pearson. Yet, she assumes her position every time, shoulders down, and poised.  “When I was asked to be on the board, I said I would not be on the board unless I had a person of color beside me.” From her podium as a HighTimes Female 50 Award recipient, she calls for awareness and action. The silver lining of the still prohibition era of the cannabis industry is that there is a unique opportunity for women and people of color  to dictate the development on their own terms. She highlights the pillars of this progress; mentorship, diversity, and the understanding that social justice and business exists in a symbiotic relationship. The executive team at Bhang is almost entirely made up of women. “I will mentor or work with anybody but what you have to do is provide value.” To be an asset is to be a great mentee and to add value is to actively seek out the niche in the industry where your skills fit. Go to networking events. Reach out to industry leaders and titans. Research. With these simple and deliberate exercises of power in her orbit, Pearson has slowly become a solar center of female empowerment, an inclusive gravity to those circling.

“This experience has me walking a parallel with my father decades later. If people like him hadn’t been so brave to Reagan’s face, I wouldn’t even know how delayed this industry would be now.” Bhang has just started. With hopeful edible distribution licenses projected in Nevada, Florida, and Canada for 2020, Pearson continues the rebellion into the new millennium. “We lead with courage, conviction, and are changing the course of American business.” 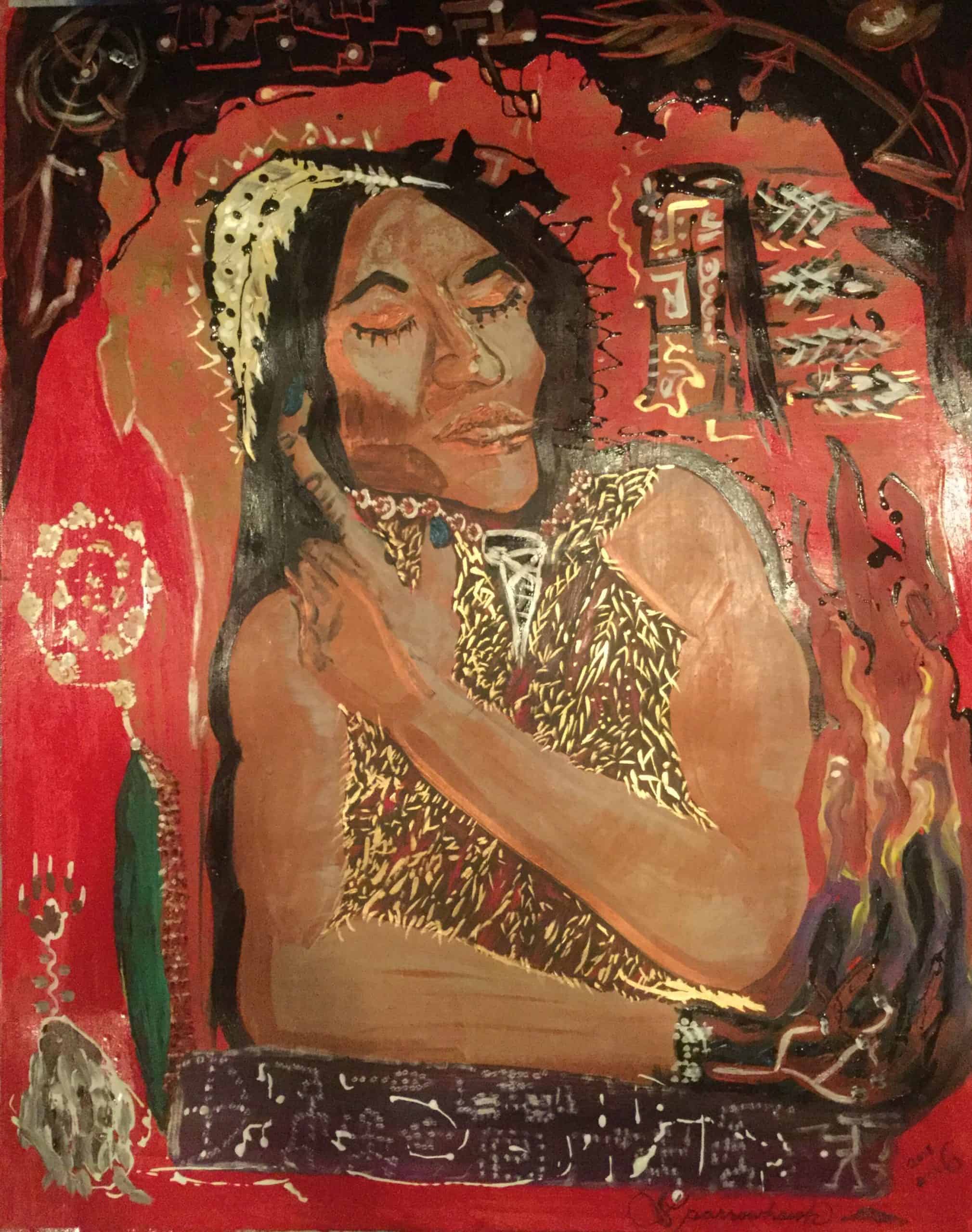 We are all One: Earth, Spirituality and Being in Native American Culture 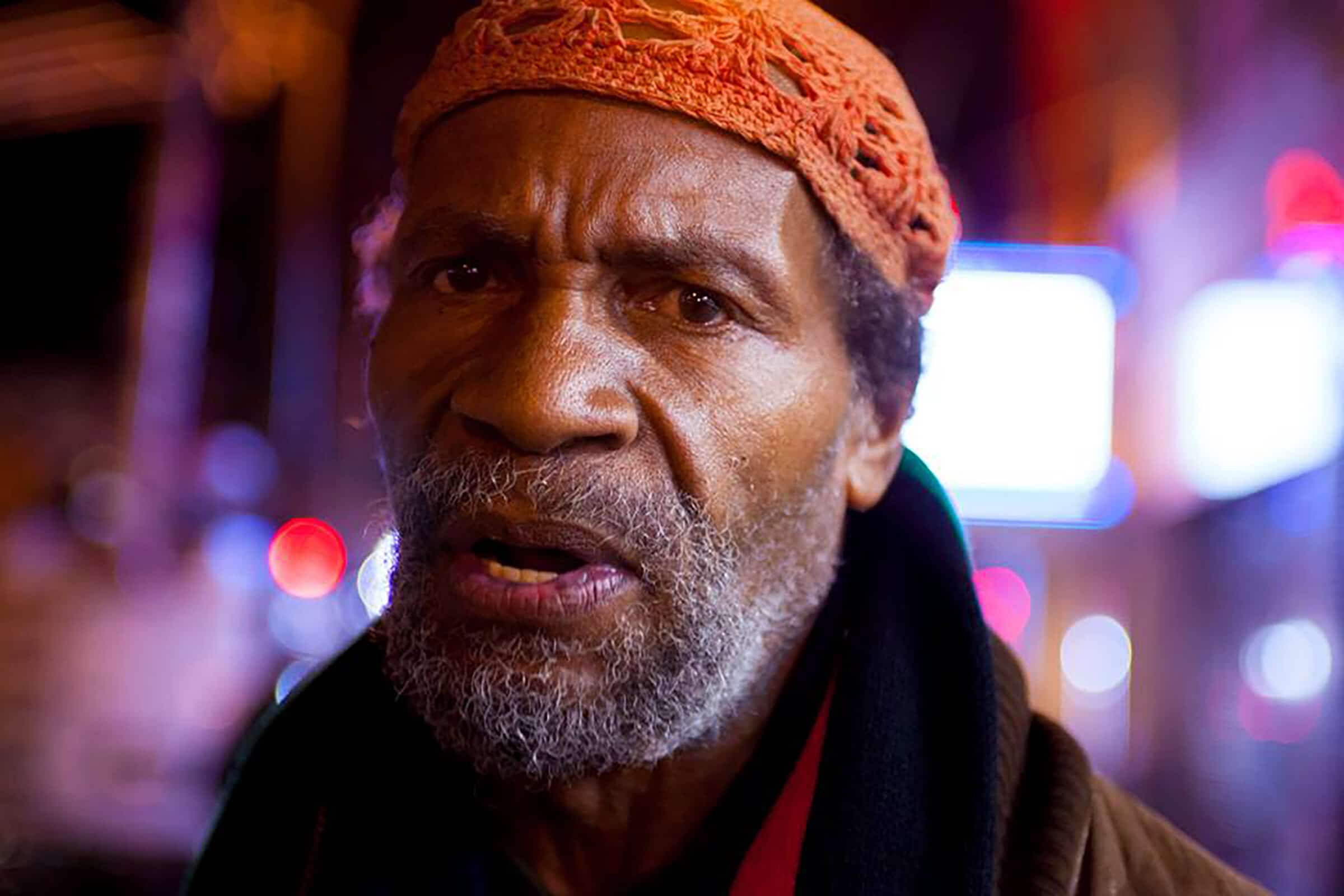