Can Psychedelics Help Us Face Our Fear of Death?

There are no treatments available to help people cope with dying. Are psychedelics the answer?

For all its inevitability, death in our society is still dreaded and feared—an unspeakable adversary to be fought at all costs. But as baby boomers begin to cross the threshold into old age, they are increasingly inclined to reject those assumptions. And just as consciousness-expanding drugs once helped boomers envision a radical new culture of youth, they may now light the way to a more expansive and gracious approach to the end of life.

Even before COVID-19, many boomers found what our society offers the elderly—profligate prescription of pharmaceutical drugs, medical procedures that extend life without quality of life, and the isolation of long-term care facilities—to be profoundly unappealing.

But an emerging “death positive” movement reflects a growing willingness to approach our transitioning with eyes wide open, as a destined milestone in the cycle of life. Hospice care and death doulas champion the idea that passing can be planned for and honored with dignity, surrounded by loved ones and imbued with meaning. And it may not be long before a psychedelic experience will be included in the preparations leading up to our final days.

Spiritual teacher and end-of-life pioneer, Ram Dass, saw death not only as our greatest challenge but also our greatest spiritual opportunity. And he suggested that, as we prepare for the “final passage,” we would be better served “by allowing nature, rather than ego, to guide us through the process.”

For Ram Dass, that fundamental shift away from ego and toward the essence of awareness was facilitated with psychedelics. He wrote eloquently about this transition:

Prior to my first experience with psychedelics, I had identified with that which dies—the ego. The ego is who I think I am. Now, I identify much more with who I really am—the Soul. As long as you identify with that which dies, there is always fear of death. What our ego fears is the cessation of its own existence… I realized that the essence of my Being—and the essence of my awareness—is beyond death.

Read: Ego Death: Everything You Should Know

On the scientific front, early psychedelic researchers like Eric Kast came to a similar conclusion. They observed, for example, that in advanced-stage cancer patients, the obliteration of ego, induced by LSD, not only significantly reduced their perception of pain, but could also gave rise to a spiritual experience that fundamentally transformed their attitudes toward their impending death.

Fear of their own physiological demise diminished, they became open to the possibility of consciousness existing after clinical death, and tended to view the process of dying as an adventure in consciousness rather than the ultimate biological disaster.

After coming to a halt in the late 1970s, the study of psychedelic therapy for end of life anxiety was eventually resumed by investigators at UCLA, NYU, and Johns Hopkins, among others, and continues to this day. Often, these studies are conducted in partnership with private companies who foresee a vast demand for these therapies to treat all types of anxiety and other mental health issues rampant in our troubled world.

Yet even without a fatal illness, every one of us has a terminal diagnosis—death—and anxiety over its inevitability is the ultimate existential crisis. Whether we approach our inevitable demise with fear and angst, spiritual reverence or simply a healthy curiosity, there is strong evidence that psychedelic therapy can help us reach that milestone with equanimity and grace.

Even without a fatal illness, every one of us has a terminal diagnosis—death—and anxiety over its inevitability is the ultimate existential crisis.

So ideally, shouldn’t access to such an experience be available to anyone who wants it?

For now, LSD, shrooms and most psychedelic drugs are still federally prohibited Schedule 1 drugs, hence US citizens wanting to legally undergo psychedelic therapy with any of these substances must travel to one of the many psychedelic retreat centers in Latin America or Europe. And while there is an extensive network of underground therapists in the United States who work with psychedelics, currently the only way one can legally receive facilitated psychedelic therapy for end-of-life processing in this country is to be enrolled in a clinical trial. (Although, that will soon change for Oregonians, who legalized psilocybin therapy at the ballot box in November.)

In more progressive Canada, however, a small group of terminal cancer patients, supported by TheraPsil, a non-profit advocacy group, recently prevailed over the health ministry to authorize their treatment with psilocybin. This past August, 52-year-old Thomas Hartle, the first Canadian to receive the therapy, described its immediate effects:

“To experience the lack of anxiety I have had this week is beyond words. It’s amazing. I have no idea how long this particular benefit will last, but so long as it’s here, it’s really, really amazing and good.”

Back in the US, with MDMA and psilocybin both recognized by the FDA as breakthrough therapies (for treatment-resistant PTSD and depression, respectively), the rescheduling of these drugs for medical use is looking more feasible by the day. And soon, a passport may not be necessary for a guided therapeutic trip.

The recent opening of ketamine clinics in Canada and the US is laying the groundwork for psychedelic clinics. Only time will tell whether “curiosity about death” will be an acceptable rationale for doctors to prescribe psychedelics “off-label,” meaning for conditions the FDA has not explicitly designated.

But with cosmic serendipity, baby boomers might just be poised to become the first generation of Americans that will be able to integrate a psychedelic experience as a prelude to the end of their lives. And from the way Ram Dass describes it, the opportunity must be extraordinary:

“Making peace with death and being fully in the moment allows you to lose yourself in love—in the love of the beauty and awe of God made manifest, in loving yourself and everything else, the suffering, the pain, the joy…At the moment of death, you are surrendering and being cradled in the arms of God. If we let go lightly, we go out into the Light, toward the One, toward God. What grace!” 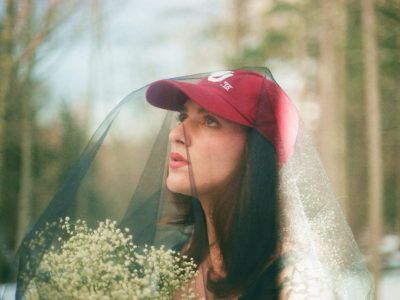 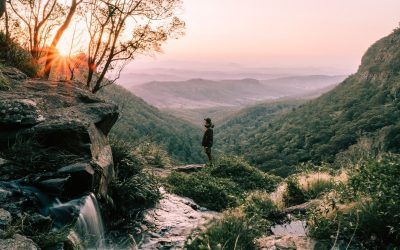