Last August we were invited to The Black Fret event in Austin, Texas by our homegirl, Laura Patino of Holiday Mountain. Before she took the stage, a band called Calliope Musicals appeared.

Last August we were invited to The Black Fret event in Austin, Texas by our homegirl, Laura Patino of Holiday Mountain. Before she took the stage, a band called Calliope Musicals appeared. We weren’t on acid but that’s how we felt watching these guys.  They are some magical creatures. They fired confetti and balloons into the audience and had custom signage the crowd waved in the air. Lead singer, Carrie Bickley was twirling around the stage, adding to the delightfully trippy vibe. And, that voice of Bickley's is like whoa: full- bodied, bold, powerful.

A month later Carrie invited us over to her charming purple house in East Austin. She made us gooey homemade caramel brownies, hummus from scratch and offered us an unlimited amount of the band’s favorite whiskey (Evan Williams). We chatted with Bickley about her journey as a lead singer in a band.

HS: How would you describe your sounds?

CB: Psychedelic party folk. I want every one of our shows to be a big sweaty dance party. I want to run around like Phoebe Buffay, not caring. I want to be in it. I just want to dance! The folk plays in an interesting way because it’s not what most people would say when they see us but it always makes sense.

LS: Your album comes out next spring. What’s it like?

CB: It’s all the songs we play live, reworked into an album appropriate setting. We’re going to have an epic release party. We want to do costumes and set design.

LS: How is it being the only woman in your band?

CB: I love being a woman but I love being a human. I hate having to think, “What would a woman do here?” A lot of people set expectations for a how a female musicians or a woman is going to be. I have found that it’s not very effective or accurate.

LS: The goal is not to make guys’ dicks hard.

CB: (Laughs) Totally. I mean that’s why I do all this hard work, right? People ask, “What’s it like being a woman in music?” And as frustrating as that is to hear, people need to be asking that question. It is different whether I like it or not. My experience is not the same as the five dudes in my band. People will assume that our videographer, Jerry is in the band before they’ll assume I’m in the band. Others assume that I’m the merch girl and a number of other ridiculous female stereotypes. I can’t even count how many times someone said to me; “You sell merch for these guys? You travel around with them?” I respond, “I’m kind of in charge here. Don’t tell anybody.”

LS: That’s the perfect response. Also ironic because at your show I wanted to buy merch but no one was at the booth.

LS: You are. Stick to vocals.

LS: Only if you’re going to be having more.

CB: I’m still working on mine and don’t think you should have to wait.LS: (Holds glass out as Carrie fills it with whiskey.) So... what scares you?

(CB): When you’re doing the arts it’s so close to you and you feel like you’re putting yourself out there. I had a desk job where I sold software. You could have said anything bad about my software selling skills and I wouldn’t care. It’s scary when your job is you. If you don’t like this, then you probably don’t like me. This is all I got.LS: What was your first show like?

CB: We invited all our friends out and no one came. Then we saw Matthew McCaughey out on 6th Street (in Austin). He grew up not far from the small town I’m from in East Texas. I saw him and I said, “That’s mother fucking Matthew McConaughey!” We invited him to the show. We texted our friends that Matthew was watching us and then they all came out. He had a ton of advice for us.

LS: Did you take it? 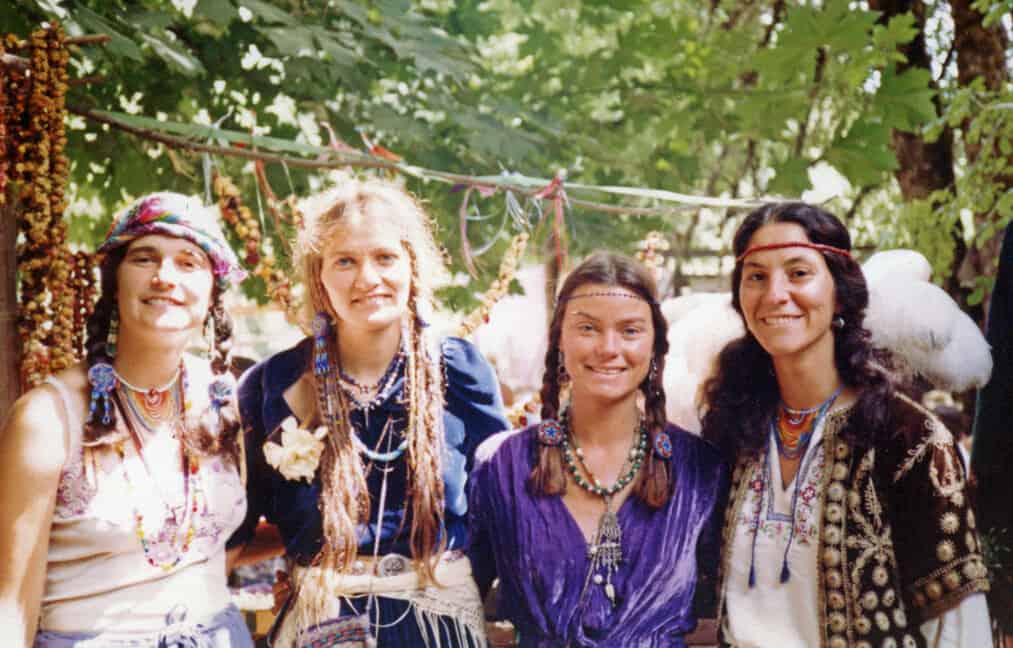 Life on a California Commune

Black Tides - A Story of Loss and Abuse