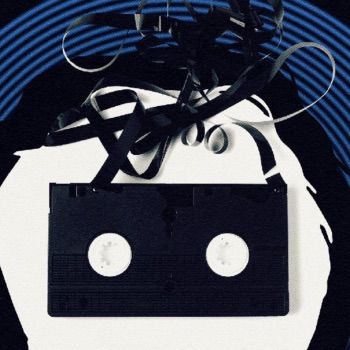 The television is a sacred space in many a home. A place where you can relax, unwind, and let your brain switch off while you watch. But when a space like that is violated — physically or otherwise — the impact can be that much more disturbing. Jacob Gentry’s Broadcast Signal Intrusion, which premiered in March at the South by Southwest Film Festival as part of its Midnighters series, depicts that violation in a late 90s-set neo-noir horror that does everything possible to unnerve audiences with its premise.

Ostensibly based on the 1987 Max Headroom intrusions, the film aims to distill that feeling of seeing something awful and grotesque in a place where it shouldn’t be. In those incidents, a sports broadcast as well as an episode of Doctor Who were interrupted by a still-unknown person in a twisted cartoon mask shouting gibberish and getting spanked. It was bizarre, gross, and remains infamous to this day because no one knows who, why, or what provoked those signal hijackings.

Broadcast Signal Intrusion takes this historical event and stretches it out into a full-length film with elements of surrealism, murder-mystery, and paranoia thriller all in one. In 1999, James (Harry Shum Jr.) works at a TV station archiving old broadcast tapes, still in recovery from the tragic disappearance of his wife Hannah years earlier. One day he discovers tapes of mysterious interruptions where women are recorded wearing horrific masks speaking in distorted voices. He soon links it to a series of missing women spanning a decade, and even to Hannah. Before long, James is consumed by the tapes and obsessed with finding answers.

The film does a masterful job of establishing its premise and creeping out its audience. The brief segments where James sees the actual intrusions are some of the scariest moments I’ve seen in recent horror movies, all without any jump scares or cheap tricks. The movie makes excellent use of atmosphere to convey dread, which is rare for a genre that often falls back on those tactics. The way it wavers between surreal paranormal themes and gritty serial killer vibes is a unique take on the genre that held my interest throughout film.

Visually and musically, it’s evident how Broadcast Signal Intrusion has taken inspiration from the grimy noir atmosphere of films like Se7en. The soundtrack in particular does a great deal not only to establish the late 90s setting, but also that feeling of mystery and unraveling a terrible secret. It’s part-jazz, part-creepy horror music and it works to great effect.

Unfortunately, the great premise and tense beginning does not establish a cohesive package. The film sets up many threads, introduces many characters, and toys with many ideas. By the end of it, only a few are properly resolved. While the narrative makes sense and the ending was particularly satisfying, the story still felt hollow. The tension and atmosphere deflates a little when it feels like much of it leads to nothing.

That’s not to say Broadcast Signal Intrusion doesn’t do a fantastic job of conveying horror. A few moments stayed with me long after the credits rolled, and for a genre often filled with objectively bad films, it is a solid horror that makes excellent use of a historical event that was waiting to be dramatized. If only the screenplay was tighter, it would be great — instead it is only good.

Broadcast Signal Intrusion is a tense and unique movie that takes the unnerving seeds of its premise and expands them into something a lot bigger. For anyone who was ever fascinated by the Max Headroom incidents like I was, it is definitely a must-see. For those simply looking for an unsettling horror to watch, it won’t disappoint on that front. But like its inspiration, just don’t expect it to all come together and provide the answers you’re looking for. 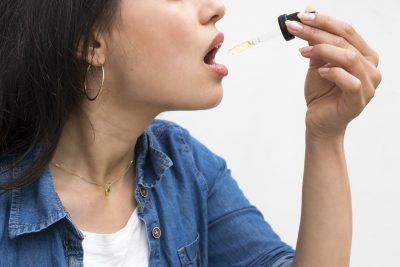