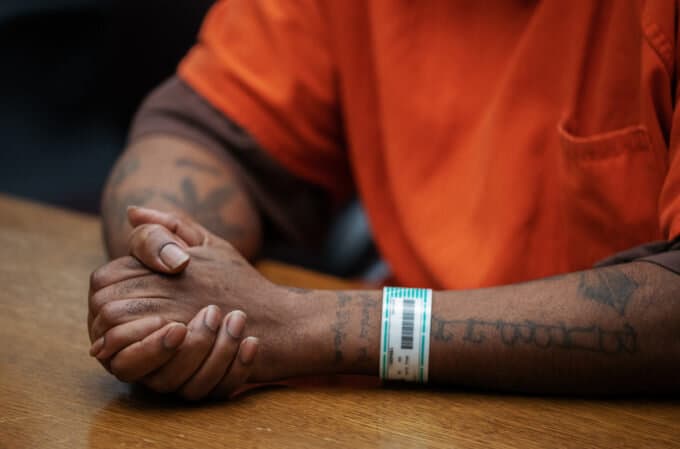 We can recount at length the original criminalization of cannabis in the 1930s and again in 1970 as almost purely racist, political and economic.

Confession. I am a white, middle-aged (ish) man. I am also Jewish, which means I know friends’ living relatives who endured the unspeakable horrors of the Holocaust. My World War II-hero uncle, awarded the Silver Star for his bravery in the Battle of the Bulge, then a law degree from the University of Virginia, found not a single New York law firm willing to hire a Jewish man in the early 1950s. And yes, I have endured anti-Semitism in many forms throughout my life and legal career, so I have a sense of the degradation and loss of opportunity that bigotry engenders.

The centuries of enslaving people of color and the overwhelming racism against and systemic mistreatment of Mexicans and other Hispanics in this country were and in many respects to this day remain horrid and indefensible. This has been no more apparent than in the U.S. “War on Drugs.” We can recount at length the original criminalization of cannabis in the 1930s and again in 1970 as almost purely racist, political and economic. It was a way, among other things, to lock up Mexicans and blacks and stop their efforts to hurt opposition candidates or take jobs away from “real” Americans. Leaders from those times have all but, and in some cases directly, admitted as much.

When it comes to cannabis, arrest figures always skew heavily towards minorities. This at the same time that studies show that blacks and whites consume cannabis at roughly the same rates. In the 1970s in places like New York, harsh minimum sentences sent small-time operators and even those charged with possession away for long periods.

In fact, a recent study suggests that whites actually even sell drugs at higher rates than blacks, but African Americans are much more likely to get arrested. Why? The report suggests that African Americans selling drugs are more likely to do so outside where the risk of arrest is greater. Others believe, though no study has shown, that law enforcement maintains a bias against people of color in the War on Drugs.

In May 2018, the New York Times ran a stunning expose about New York City. They reviewed cannabis arrests and revealed many startling facts, among them that African Americans in Manhattan remained 15 times more likely to be arrested for low level marijuana crimes than whites. When asked, the New York Police Department claimed this resulted from a much higher level of cannabis nuisance complaints in black neighborhoods. The Times dug further and found that, in fact, there were no higher level of complaints in black versus white neighborhoods, yet the arrest rates varied so dramatically with no apparent explanation.

As a result of this investigation, NYC Mayor Bill DeBlasio ordered the NYPD to stop arresting people just for smoking cannabis in public. Small possession amounts have been decriminalized for many years, and now cops can only issue traffic tickets when spotting people smoking. Formerly opposed to cannabis legalization, Mayor DeBlasio began to describe it as “inevitable” and has a task force working on plans for full adult-use legalization in New York City, which is expected this year, as Governor Andrew Cuomo has been advocating for such a move statewide.

Despite these figures, it is true that many minorities, stuck in the cycle of poverty, in recent decades have found the drug business an attractive shortcut to earning a living where quality education and proper role models have at times been in short supply.

On December 21, 2018, the President signed into law a criminal justice reform bill, known as the First Step Act, which was passed overwhelmingly by the lame-duck Congress. Among other things, the new law allows for shorter initial sentences for non-violent drug crimes and the opportunity to get out early by participating in education and other programs designed to avoid recidivism. Older and severely ill prisoners also will have greater access to compassionate early release under the bill.

This, along with changes such as DeBlasio’s, are good steps. But more is needed. Many, many, many people of color remain locked up, or stuck with criminal records for minor offenses, making it extremely difficult to find jobs, get into colleges and the like. Some states, like California, in approving adult use, allowed all those with misdemeanor or lower level cannabis convictions to have them expunged merely by applying. Some areas there, like San Francisco, went further and declared all such convictions automatically reversed, without even the need to apply. New York’s draft adult-use legislation includes strong favoritism in applying for licenses to, among others, women and minorities.

Expungement goes much further than simply letting folks out of prison. It wipes your criminal record for that issue clean, as if your arrest and conviction never happened.It is common for first offenders of low-level crimes, such as DUIs, to obtain settlements that require them to stay clean for a period of time, usually a year, after which the matter and conviction would be expunged. Expungements also are sometimes offered when previously criminal activities are made legal.It is interesting to note, however, that expungements were not common when alcohol prohibition was lifted back in 1933.

Why does all this matter? Because while the laws against using or selling drugs were the laws, they were discriminatorily enforced for many decades. Between Nixon officials’ statements and the other recent studies noted above, we now have hard evidence that this was true. So clearly, offering assistance to those unfairly disadvantaged by the War on Drugs makes sense.

The current difficult debate seems to be how far to take this issue as Prohibition is lifted state by state and, eventually, on a national scale. Some feel there is no limit to what needs to be done to reverse these wrongs, including the need for re-education and training. Others wish to temper the preferences and expungements to avoid claims of reverse discrimination, and claim that those who violated the law knew they were doing so and should bear the consequences, even if enforcement was skewed.

Most recognize that bills that offer some expungement of some crimes, even along with the First Step Act, will not be enough to reverse all the social inequities in our society. As an example, the current draft New York legalization bill is creating intense discussion about how far to address these issues. Some feel reduced sentences might actually increase the number of minorities willing to risk arrest for the financial benefit of the drug trade.By legalizing cannabis, however, one goal is to eliminate the criminal aspect of at least one widely used product.

My large global law firm has put a high priority on its already strong and effective diversity and inclusion initiative. Truthfully every industry should be doing the same. In the world of cannabis, the mission is, in my view, even more critical.

For more stories on how the criminal justice system impacts the African American community, and how people of color are pioneering the next phase of the cannabis industry, see our new issue BLACK (available in stores nationwide April 1). And stay tuned for more cannabis news from Team Honeysuckle! 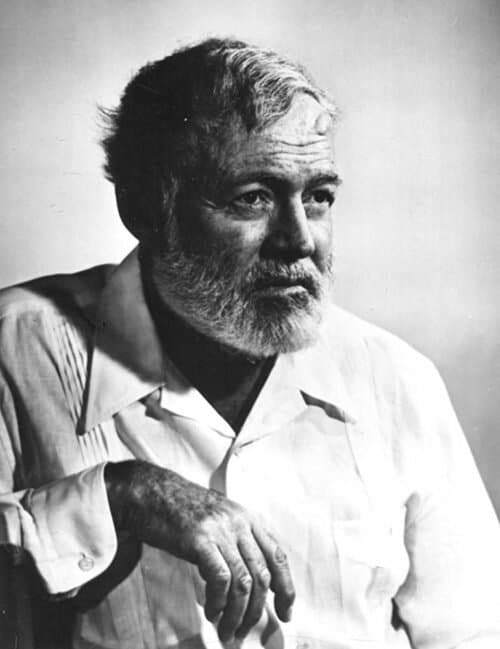 RETRO: The Wrath of Hemingway (Excerpt) 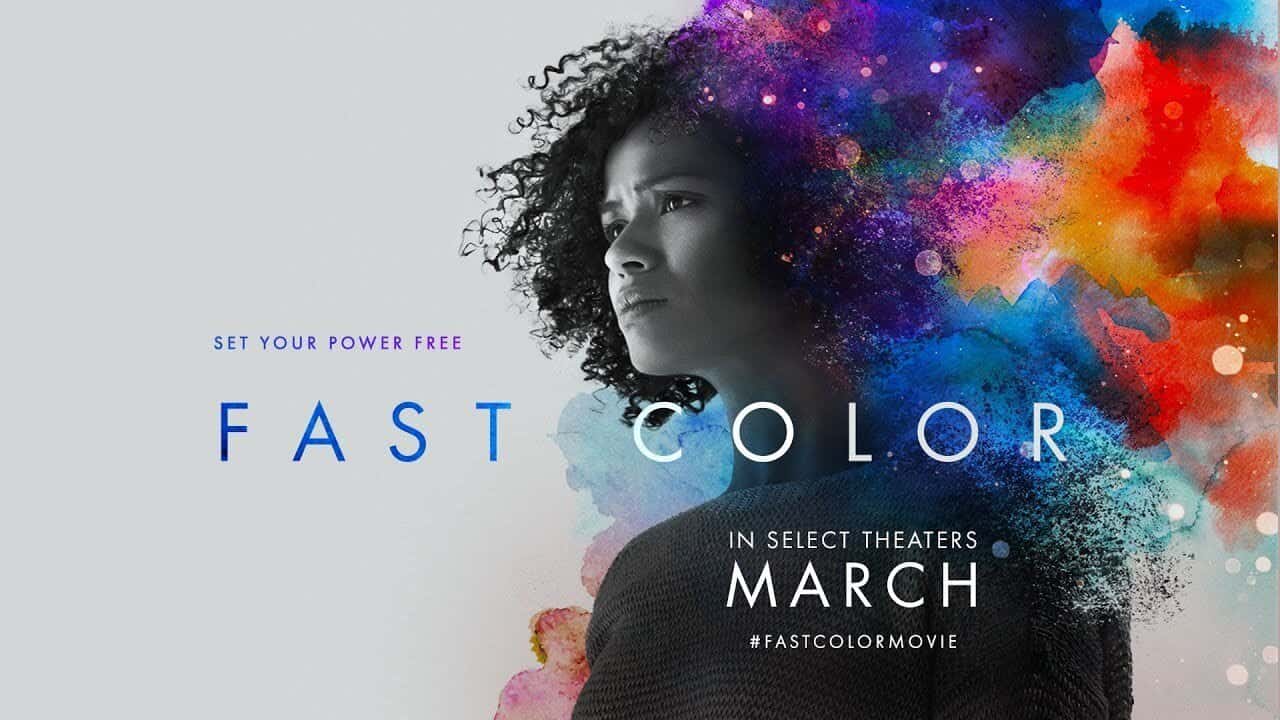