The FDA has approved the CBD syrup Epidiolex as a federally valid medication. But other mixed signals on cannabis are muddying the waters. Photo courtesy of cannabisamp.com.

The term “reading the tea leaves” refers to the practice of telling someone’s fortune by “interpreting” a splotched or smeared substance. It became popular in the 1800s among gypsy fortunetellers and originated in Asia. Many in the U.S. cannabis industry now are trying to “read” the cannabis leaves to determine their future under the current federal administration. Doing so is not simple.

Befuddled might be a good word to summarize most analysts’ views of where the Feds are with respect to cannabis. Wait, didn’t the President say he’s supporting legislation to remove federal enforcement from the states? Well sort of, as we will discuss. Those who are paying close attention, however, see a series of mixed signals that seem to reflect a not yet clearly elucidated government policy with respect to the future of U.S. federal regulation of this plant.

First let’s review the non-positive signs we have seen recently from the Administration, then the more promising signals, and then, as they say on cable news, we can discuss on the other side.

The “Secret” White House Committee Against Cannabis. In August 2018, it was reported by Buzzfeed that the Trump Administration has a “secret war on weed” emanating from the White House. They reported that a group, known as the Marijuana Policy Coordination Committee, has a charge to find data “demonstrating the most significant negative trends” in the use of cannabis and efforts to legalize it. After initially refusing to comment, in early October 2018 the U.S. Office of National Drug Control Policy admitted that the committee exists but insisted its work would not be biased.

Possession Arrests Increasing. Forbes reported in late September 2018 that FBI data confirms that marijuana related arrests increased slightly in 2017 over 2016. Most of those arrests were for marijuana possession. These arrests still account for over 40% of U.S. drug arrests in 2017. The report indicates this means there is a marijuana arrest roughly every 48 seconds in the US, at least through 2017.

Preventing Canadians in Cannabis From Entering the U.S. First were reports during the early Obama Administration that Canadians were being prevented from entering the U.S. if they admitted to having used cannabis. Then came much more severe restrictions under the Trump regime, which we started hearing about during the summer of 2018. Now some Canadians are being prevented entry to the U.S. just for being involved in the cannabis industry. Stories of multi-hour questioning by border guards began to emerge, resulting in some cases in lifetime bans on entering the U.S. The U.S. Customs and Border Protection Service told Politico.com in late September 2018 that the potential ban covers both users of cannabis and workers and investors in the industry since they are either deemed illegal drug users or traffickers. More recently this was clarified, and now CBP says it will not generally stop Canadian cannabis workers or investors if they are coming to the U.S. for non-cannabis reasons.

Sessions rescinds Cole Memo. Remember this one? On January 4, 2018, days after the news was dominated by California’s commencement of legal adult use cannabis, Attorney General Jeff Sessions took an action we assume he believed would, at a minimum, slow the growth of the cannabis industry. When he rescinded a series of memos to U.S. Attorneys from their headquarters recommending de-emphasizing prosecution of state legal cannabis actors (generally referred to as the “Cole Memo”), Sessions probably did not realize what he would unleash. Tremendous backlash not only from the industry, but also lawmakers, may have led to a speedier path to ultimate federal legalization in the U.S. as players sought to protect the tax revenues, job creation, reversal of social injustice and personal freedom created by legal cannabis. But a negative message from the Administration for sure.

These actions seem to suggest an Administration determined to make it difficult for those in the cannabis industry to operate without fear of federal enforcement or interference. It certainly appears that General Sessions has that goal. As we also know, Sessions is in a very large doghouse with the President for having recused himself from the Russia-Trump investigation. This may explain some of the multiple personality issues emanating from the feds lately. Let’s look at some of the more promising actions and statements we have seen this year.

Trump Makes Positive Statements to Gardner and Media. After Sessions rescinded the Cole Memo, irate Sen. Cory Gardner (R-CO) stopped approval of new judicial nominations pending a discussion. A few months later, Trump gave him assurances that he would support a states’ rights-focused bill on legalization and promised to abandon the Justice Dept. threat to crack down on state legal enterprises. When Gardner and Sen. Elizabeth Warren (D-MA) co-sponsored a bill to do just that, Trump indicated on the White House lawn that he would “probably” support it. The bill (along with a companion piece in the House) is awaiting changes in some of the key Congressional committee leaders who currently are blocking its forward motion.

Treasury Secretary Mnuchin Seeks Banking Solution. The Treasury Department had issued guidelines in 2014 to banks desiring to take on cannabis customers. The guidelines relied heavily on the Cole Memo but are burdensome. As a result very few banks have been willing to accept deposits from “marijuana related businesses.” Following the Cole Memo’s rescission by Sessions, Treasury Secretary Mnuchin reiterated that their guidelines remain effective but that they are re-examining them to try to address the lack of banks willing to enter the industry. Said Mnuchin to Congress in February, “I assure you that we don’t want bags of cash.” While this may seem a positive statement, eight months later we have not seen further action from @stevenmnuchin1.

Approval of Epidiolex. In June, the Food and Drug Administration approved the first cannabis-based drug, which is derived from CBD (i.e., no THC or psychoactive properties) and approved to treat several seizure disorders. Final approval required the Drug Enforcement Administration to de- or re-schedule the drug from Schedule I of the Controlled Substances Act so it could be prescribed. In late September, the DEA announced that all FDA-approved cannabis-based drugs containing CBD, including Epidiolex, will be considered Schedule V drugs, similar to codeine-based cough syrup. So a prescription is still required, but you will be able to obtain it in any pharmacy. Some were hoping for a full de-scheduling of all CBD, but alas.

DEA Exempts Certain Byproducts. The DEA recently confirmed, following a court decision and following language in the Controlled Substances Act, that most products derived from the mature stalk of the cannabis plant would not be considered controlled substances or illegal. While a few companies are producing CBD from the mature stalk, it is difficult and more expensive to do. It was important, however, that the DEA did confirm that some CBD products are indeed legal and not deemed controlled substances.

Expanding Cannabis Research Limits. In August 2018, the DEA proposed increasing the amount of cannabis that can be grown for research from about 1,000 pounds in 2018 to 5,000 pounds for 2019. Commentators assume this means they also are likely to increase the number of different growers who can cultivate the product for research. Currently only the University of Mississippi can legally grow cannabis for research, and the quality of their product has been widely criticized. Dozens of applications by other organizations to be permitted to grow for research thus far have not been acted upon by the Trump Administration.

Those seeking to determine the clear strategy and attitude of the federal government concerning cannabis are a bit frustrated. Most focus on the statements of the President, who made similar positive comments during the Presidential campaign. We have also seen, however, in other contexts, the feds moving forward on actions which appear to be counter to things the President says.

Reversing decades of misinformation and, frankly, active brainwashing by the U.S. government as to alleged dangers of cannabis not borne out by research, is not an easy task. Many still believe that cannabis is a gateway to other drugs, and that it causes severe long term damage. No studies have been conducted that show either to be true. So where is the Trump administration going with regard to cannabis? Read the tea leaves…

Want to change federal policies on cannabis and other issues? Exercise your right to be heard on November 6th! Find out what you need to know about the midterm elections by visiting vote.org or aclu.org/voter.

See more from David and the latest news from the hemp and cannabis communities, plus sustainability and planetary wellness updates in our print issue ONE, now available! https://hshoneypot.com/product/one/ 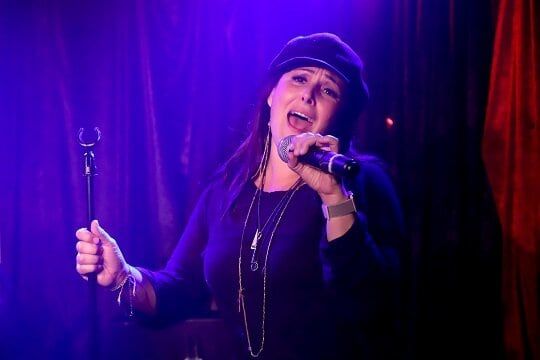 I'm Puerto Rican and Want to Vote, But I Can't 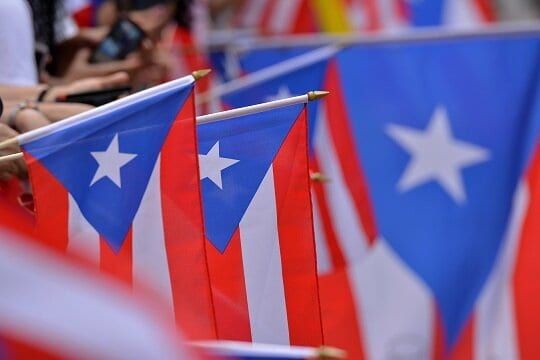