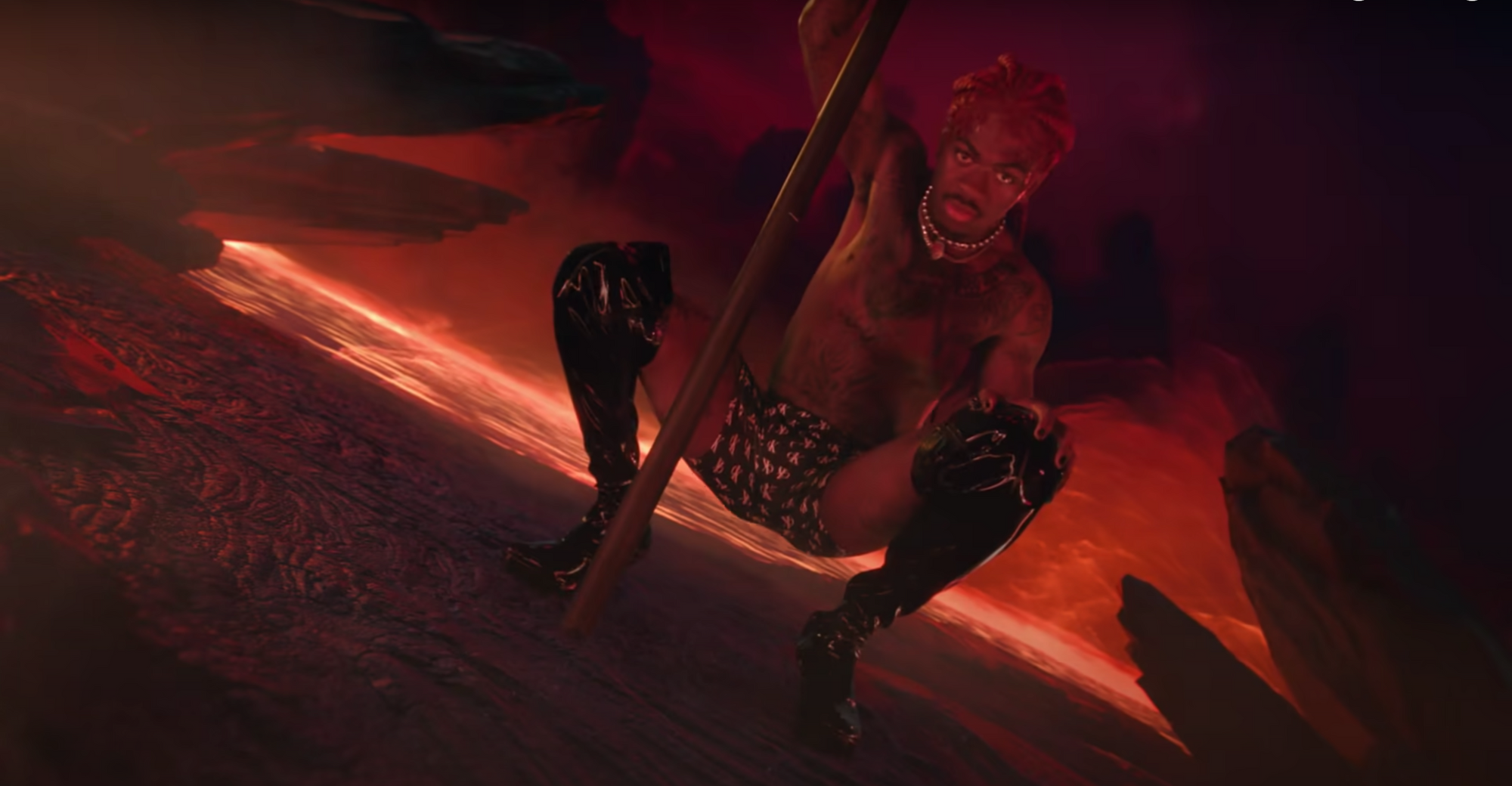 a year ago by Jahaira Arthur • 5 min read

The stereotype of indecency is not a new one for the LGBTQ community. Another stereotype—uncleanliness may also play a role in the discrepancy between the response to the two celebrities' blood products.

Rapper, singer and songwriter Lil Nas X has been in the press countless times however unrelated to his music. Earlier this year he made headlines with his product “satan shoes.” In collaboration with MSCHF, a Brooklyn-based art collective, the pair designed a unique set of Nike Air Max 97 sneakers. These black and red sneakers include a pentagram, inverted cross, the infamous “666” and a scripture notation Luke 10:18.​ The verse reads, “and he said unto them, I beheld Satan as lightning fall from heaven.” But the shoes’ most striking feature? Real human blood. Only 666 pairs were made, selling at 1,018 dollars, the symbols permeating through production and price.

People across industries took to social media in outrage. People were disgraced that Lil Nas X endorsed a shoe with human blood. Former NBA player Nick Young tweeted, “My kids will never play Old Town road again. I’m still debating about wearing @Nike after this come mike a drop of blood for real.” South Dakota Governor Kristi Noem made deeper claims, “Our kids are being told that this kind of product is, not only okay, it’s ‘exclusive.’ But do you know what’s more exclusive? Their God-given eternal soul. We are in a fight for the soul of our nation. We need to fight hard. And we need to fight smart. We have to win.”

The backlash is why Nike, the multinational and multibillion-dollar footwear company quickly disassociated from any satan shoe business. Nike filed a lawsuit against Lil Nas X and MSCHF for trademark infringement, having the shoes recalled. In a released statement Nike claimed, “we do not have a relationship with Lil Nas X or MSCHF. The Satan Shoes were produced without Nike's approval or authorization, and Nike is in no way connected with this project." The shoe giant however did not sue MSCHF in 2019 when they released “Jesus shoes,” customized white Nike Air Max 97 sneakers, with a crucifix, scripture notation Matthew 14:25, and holy water.

Only three months after the satan shoes, another blood product took center stage. Professional skateboarder Tony Hawk in conjunction with water beverage company Liquid Death released skateboards painted with blood-infused ink. Hawk’s board depicts a being with eyes for nipples, multiple horns sprouting from its body, a skull gracing its belt buckle, along with a decapitated bird skull held up as a trophy. There was no outcry from government officials or professional athletes. Mainly Hawk’s accolades, “I am deeply thankful to have a connection with my fans, and I appreciate how Liquid Death connects with theirs,” Hawk stated, “This collaboration is taking those connections to a new level, as I have literally put my blood (and soul?) into these decks.”

Hawk’s inspiration for the blood design was the band, Kiss. The rock band infamous for sexual and satanic imagery, in conjunction with Marvel, had comic books printed using band members’ blood. It was labeled “a super special edition” with the cover depicting the band in hellfire. Although Twitter was not around during this 1977 comic release, there was no outcry. The press around it was amazed at the publicity stunt.

Lil Nas X noted the difference in public reactions between his and Hawk’s products. In a tweet, he says, “Now that tony hawk has released skateboards with his blood painted on them, and there was no public outrage, are y’all ready to admit y’all were never actually upset over the blood in the shoes? and maybe u were mad for some other reason?”

A straight white man versus a queer black man, society was built to favor the former.

Perhaps being a part of two communities that face prejudice, Nas is all too familiar with who is chosen for the face of good and evil. The LGBTQ community constantly faces backlash for their actions that are normalized for heterosexual persons and seeking equality creates public outcry. Lil Nas X is outspoken about his queerness, a journey he shared through his music. Fellow rapper Joyner Lucas took to Twitter bashing Lil Nas X on him suddenly becoming inappropriate after his breakout hit “Old Town Road.”

“I think the biggest problem for me is the fact he doesn't understand ‘Old Town Road’ is every kid's anthem,” Lucas wrote. “With no disclaimer, he just dropped some left-field-ish & all our kids saw it. Smh.”

Nas’ breakout hit preceded his public coming out. There were no queer or satanic allusions in “Old Town Road” but Nas sings about illicit substances and sex. Is that child-appropriate or does the absence of the expression of his sexuality make it suitable enough for viewing?

This stereotype of indecency is not a new one for the LGBTQ community. Another stereotype—uncleanness, which may also play a role in this blood product discrepancy. The American Red Cross, famous for its humanitarian efforts, conducts blood drives in part of its charitable work. Good samaritans can participate as long as they are in proper health unless you are a man sleeping with a man. In that case, extra stipulations apply. As stated on The American Red Cross website, “First-time male donors may be eligible to donate blood if they have not had sex with another man in more than 3 months.” A required three months of celibacy for gay men. The stipulations placed on queer men started at the height of the HIV/AIDS epidemic, with a lifetime ban. Gay men were disproportionately impacted during this epidemic. Now, however, medical advancements allow for people to live with HIV without harmful spreading, and donated blood is tested in two different ways for this virus. These continued stipulations contribute to stigmas in the LGBTQ community. Marguerita Lightfoot, Ph.D., director of the Center for AIDS Prevention Studies spoke to Men’s Health magazine saying, “it’s clear that HIV transmission isn’t about whether you have sex with men; it’s about whether you have safe sex, no matter who you are.”

The lifetime ban for men sleeping with men, even if only one encounter, ended in 2015 with a year of celibacy contingency. The celibacy span only decreased from 12 months to 3 months in 2020 after the emergency crisis of the Covid pandemic. The original policy dates back to 1983 and men sleeping with men were unwelcome to donate blood regardless of celibacy, a policy justified by the lack of understanding or adequate testing for the virus.

Vitalant, OneBlood and the American Red Cross are conducting a pilot study funded by the U.S. Food and Drug Administration (FDA) to update this deferral. The Red Cross tries to distance itself from any prospects of discrimination by stating it recognizes “the hurt this policy has caused to many in the LGBTQ+ community.” The organization also reinforced that it “believes blood donation eligibility should not be determined by methods that are based upon sexual orientation.” Ironically, the blood used for the unofficial Nike sneakers collab did not come from Nas himself but from MSCHF, a Brooklyn-based art collective, employees and co-founder, Daniel Greenberg.

In response to Nas’ Tweet calling out the hypocrisy, many commented claiming his race and sexuality did not play any part in the uproar. Several claimed that it was simply because the shoes were linked to satanism. Yet the undertones of hell and the devil were presented in both Nas’ shoes and Hawk’s board, even Kiss’ comic but only Nas was labeled demonic.

After Nas’ tweet, he and Hawk teamed up to promote their products. A video was posted of them in a skate park. Nas wore the satan shoes and suddenly transformed into Hawk skating on the blood board.

The public embraced these two celebrities joining forces. The majority of comments laughed at the staged transformation of Nas to Hawk. The late Michael Jackson was brought up jokingly in comparison to the black-white transition over anything blood controversy related. It is positive that such controversy can end in teamwork and laughs. But let’s not be blind to the fact that Nas’ controversy stirred up Nike to sue him and MSCHF. Whereas Hawk got a trending collab video. 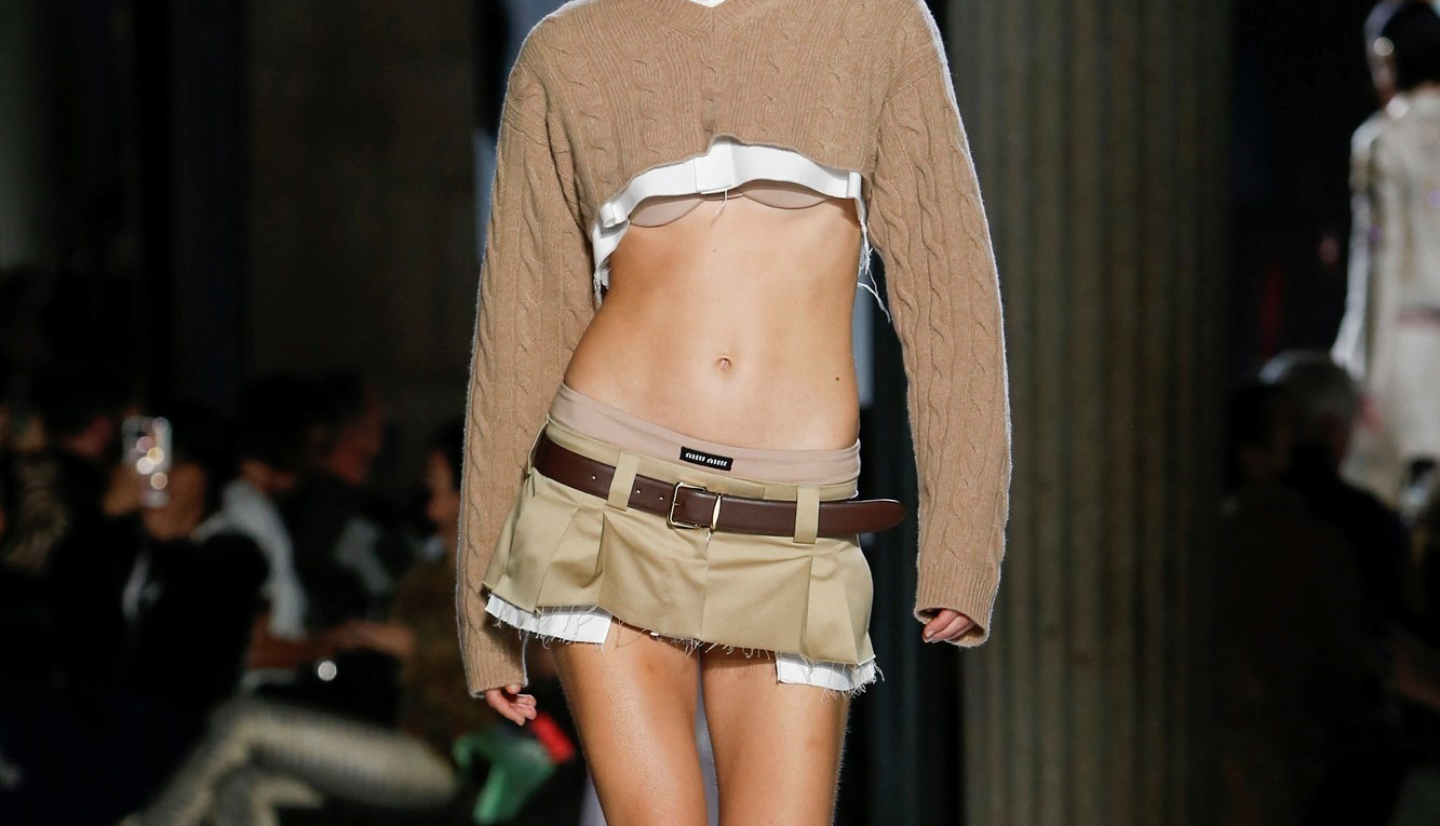