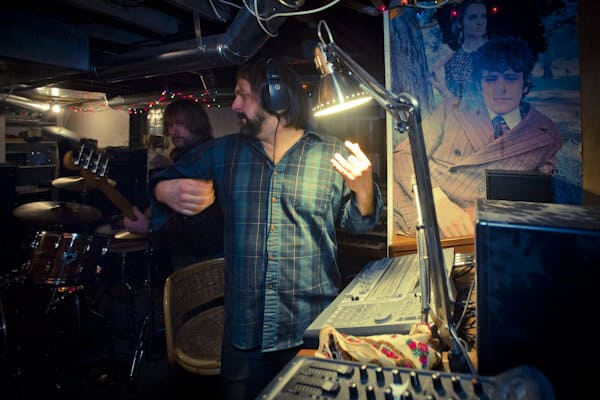 We Love Detroit and there are A LOT of amazing things about Detroit. Not the least of which is the music.

We Love Detroit and there are A LOT of amazing things about Detroit. Not the least of which is the music. The list of talented Detroit musicians is long. Whether you’re hip to the olden days of Mo-town; the punk or rock sounds of Alice Cooper, Iggy Pop or the MC5; or more modern versions such as Jack White, they’ve got it. Not to mention electronica or the mind-blowing jazz and blues you can hear on any given night. There’s a reason the name ‘Detroit Rock City’ still sticks.And, there are a lot of hard working musicians keeping the tradition alive. Maintaining day jobs while doing nighttime or weekend gigs. So many incredible names the world may or may not ever know.Enter Stephen Nawara, a long-time Detroit musician who has been in the scene since the '80’s. He’s learned the in’s, the outs - what to and not to do - and most of all how hard the industry can be on its artists.

In 2011, Steve founded his own recording studio, the Beehive Recording Company as a place to record, package and distribute Detroit music at no cost to the musician or the public. The road hasn’t been easy, and after ciphering through a few humps, he was fortunate to be the recipient of the Kresge Arts Fellowship. The special arts fund allocates $50,000 a year to 10 artists a piece, enabling Stephen to relaunch his company and his site.Honeysuckle sat down with the burgeoning entrepreneur‎ to learn about his vision and his hive. ‎HS: What is the Beehive Recording Company?

SN: Beehive can be described as a record label or a social club but the best way to describe what we do is a music preservation society. It is our goal to find and record local music and showcase it to the world. In this day and age where the music industry really has nothing to do with music, Beehive is here to preserve songs that the industry won't touch. Thankfully, it happens to be the best music in the world and a lot of it comes from Detroit, where Beehive is based.

HS: How and why did you start it?

SN: I began playing in bands when I was 13 and in my early twenties I had the good fortune to write a song called "Danger High Voltage" that went to number 2 in England with a group called Electric Six. It was here that I was able to get a clear picture of how the industry works and was not happy at what I found. Most people don't know that for every record sold, a band only gets 3 to 5 cents to split among them.This shocked me and I immediately stated thinking about alternative ways for artists to distribute their work and develop their names. Then along came the Internet and everything has changed and bands can barely even get 3 cents for a record now.Unless you’re an avid vinyl collector, which most of us are not, musicians are almost expected to give away their music for free now. So this is where Beehive steps in. In just a couple of years, I have recorded 68 singles (2 to 3 songs) of every genre of music imaginable at no cost to the musician. Then we do the artwork just like an old 45 record with an A and B-side. I often do the artwork myself but I really love it when local painters and photographers volunteer. I do my best to release 3 singles a month and revenue is generated through donations currently but soon there will be memberships and advertising.

HS: What is the Kresge fund and what will you do with the funds?SN: The Kresge Fellowship is a great organization that helps fund every kind of artist you can find in Detroit. I was very grateful to win last year. Unfortunately, Beehive's first programmer ended up being a crook and stole the website from us, so Kresge enabled us to get a new programmer and we are back up and running. I thank the universe for the Kresge Foundation; they also got me a new set of wheels to take my band Colorwheel on the road.

HS: What is your history in music and in the industry?

SN: I started out playing classical guitar when I was 13 at the same time as playing in my first punk band called All Hallows. At 15, I won a scholarship to Interlochen for classical guitar where I also studied the lute, which I continued my studies in early music for 3 years afterwards. During my classical training, I always played in rock bands, which seemed to always do pretty well. Then Electric Six took off and I was on the road for 6 years between with both The Detroit Cobras and Electric Six, so I am no stranger to touring. I also have played in other bands like The Go, Conspiracy Of Owls, and was even the first bass player in the White Stripes, obviously that didn't last too long, ha-ha. Currently my new group Colorwheel is my favorite project to date and we have a record coming out on Burger Records and Beehive in the near future.

HS: Is Beehive regionally based in Detroit, nationally or beyond?

SN: Currently, Beehive is Detroit only but as we continue to grow I do want to open up hives in every city in America, starting in New Orleans. They really get it down there, most of the people wouldn't be able to tell you a song by One Direction but can tell you every Big Freeda tune. They listen to the music around them, just like the same way we should be eating locally organic food.

HS: What are your plans for its future. What would you like to see?

SN: Beehive has large ambitions. Ultimately, we would like to have our own building that would contain our own venue, publishing company, recording studio, merchandise store, radio station, monthly magazine, touring vans, and living quarters. An all-inclusive recording industry. This way, a band can come to Beehive, record for free, play shows where they get a cut of the bar as well as ticket sales, sell their merchandise beyond the night of their shows, and even check out a van to go on tour with. This lightens the load on a broke musician greatly and who knows, maybe a musician can actually stand to make a reasonable living one day. It is also important to Beehive bands to tour smaller cities in Michigan, there are so many cool lil towns out there that are dying for some rock and roll and they deserve it just as much. And of course, we'd like to see this happen in every state in America and maybe one day Europe.

HS: How do you select your artists?

SN: Obviously, they have to be from Detroit or I should say from Michigan. Also, if they sound anything like an artist on mainstream radio; we typically don't want it. That music is like the McDonalds or Burger King of music; it's unhealthy for Americans to listen to and does not encourage cultural enlightenment or individual taste. Again we like locally grown organic music.

I've recorded jazz, punk, rock & roll, country, spoken word, video game music, rag time, hip hop, just about everything. We just have to hear an individual's true voice.One of the important features about Beehive is the Top 100 list. As an artist is being downloaded you can watch their popularity increase on the Top 100 in real time. This will one day decide how much money we will put behind a band for tour support, advertising in magazines, etc.

HS: Are Detroit’s current gentrification projects helping or hurting you?

SN: Though there is plenty of room for new restaurants and shops in Detroit, but it does make me sad to see old Detroit go. It definitely had more soul. I find myself getting lost in my own hometown these days. Now I'm seeing a lot of pompousness from people from New York and LA trying to show native Detroiters how things work in their cities but we don't care for how things work there.We do things our own way and they must learn to adapt to us. We believe in rugged individualism and sincerity, which isn't as prevalent in NYC or LA. This of course is a generalization and I have met great people from out of town but don't try to change Detroit, let Detroit change you. You will notice its honesty is a breath of fresh air. In the meantime, even though there is a lot of grumbling about the changes happening, I hope the musicians will appreciate the bigger audiences.

HS: What changes are happening in the city musically and how are they different from what has happened in the past?

SN: Fortunately, Detroit still has that gritty sound which is a blessing during this time of great change. It's the soundtrack of my life and I don't know what I'd do without it. I suppose I do notice more music that lacks sincerity but that's been happening ever since corporations have taken over America. Thank god for the rock and roll kids, they are keeping the soul alive.

HS: What would your ultimate outcome be?

SN: Ultimately, I would like for Beehive to become a self-automated industry for musician's to actually make money, none of this 3 to 4 cent bullshit. Cutting the middleman is what it's all about. Put a musician in a direct relationship with his/her audience. No more sleazy label executives, lawyers, managers, whose only real job is to take your money, stand in the way, and ensure America's stupidity and lack of culture.

I want musicians to be treated as real people who work for a living and make a living. I had it pretty darn good as a musician and still had to struggle like I was on the brink of homelessness, driving around with expired tabs, the gas being turned off in the middle of the winter, and having to borrow money from your parents.It's not an easy life but I believe with Beehive's ideology, we can change the whole industry. 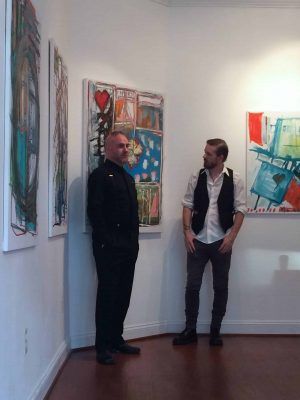 Author Colin Broderick interviews artist Jody McGrath about Art, Growing Up in Northern Ireland, and Life in the USA

The Strange and Beautiful World of John Lurie 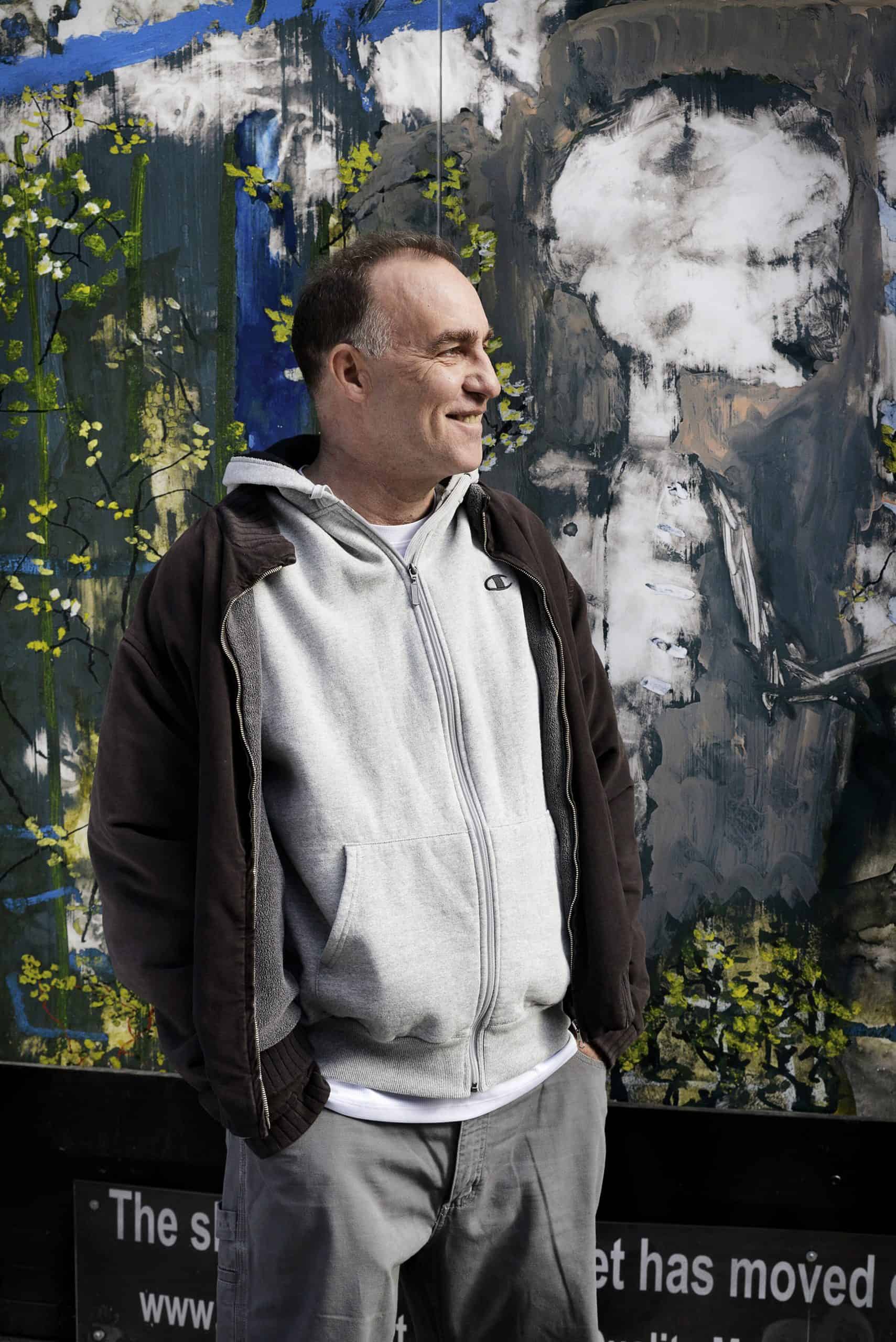