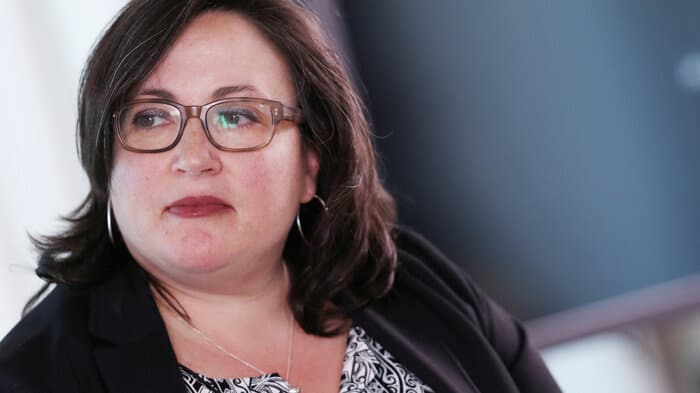 As women infiltrate Hollywood and are able to tell larger stories for bigger budgets that wind up in the multiplexes, everything is going to change.

Melissa Silverstein is a writer, speaker, and prominent proponent of women’s voices in the film and entertainment world. She is the co-founder and artistic director of the Athena Film Festival at Barnard College, and she is also the founder and editor of Women and Hollywood, a website dedicated to fighting for gender diversity in Hollywood and worldwide—so basically, she’s a superhero.

This weekend, the ninth Athena Film Festival is showcasing a variety of films highlighting women’s stories; selections include The Favourite, Fast Color, Knock Down the House, and many others. Honeysuckle spoke with Melissa on the eve of the festival about the specificities of women’s voices, intersectionality, what has changed over the past few years for women in media, and her dreams for the future.

EDEN GORDON: I’d love to start off with a few questions about your work with the Athena Film Festival. When and how did you found it, and where do you feel it stands now?

MELISSA SILVERSTEIN: I co-founded the festival ten years ago with Kathryn Kolbert. It was created because at that time, women were really struggling to get their stories and their voices heard. We partnered with the Athena Center at Barnard College, and we created this festival to put together a weekend of films that focused on women’s leadership. It’s really all about how we look at the world, how women leaders can effect change, and how women’s leadership needs to be integrated into the fabric of all of our society.

Have you noticed specific changes in ways that women’s stories are being told since the launch of Athena, and what changes would you still like to see?

Men have been telling women’s stories for a long time, but I think you can tell when new voices are being added to the conversation. In some respects, you can tell when a movie is directed by a woman or a man; you just get a feeling, like with Edge of Seventeen, which is directed by a woman and just has that sensibility about it. There’s Marielle Heller’s Diary of a Teenage Girl, too. Because you have more women’s voices out there, you’re getting a sense of the stories women tell, and a lot of them are telling stories about women writing about women because for so long we’ve been denied the opportunity to tell our stories.

You’ve done so much work speaking to female directors and women in the industry. Are there any common characteristics or qualities that you’ve noticed among female directors who have experienced success in Hollywood?

Well there are very few of those; success in Hollywood is elusive to women. In the film industry it’s a little bit different, because you don’t have this giant system that’s been very unwelcoming to women and women’s voices. As women infiltrate Hollywood and are able to tell larger stories for bigger budgets that wind up in the multiplexes, everything is going to change, because people in China and people in Kansas are going to experience women’s lives in ways that they haven’t previously. While we are seeing more women-led movies on Netflix, etc., when you’re in a big movie theatre and your movie is showing 20 times a day somewhere because there’s ten screens, and people are talking about it—that infiltrates the culture, and would normalize female storytellers telling female stories.

There’s been a lot of conversation surrounding women working in Hollywood over the past few years, especially with #MeToo and movements like it. Do you feel you’ve seen positive changes among that through the press and discussion around women, and how have you seen those changes affect woman in the industry?

These changes have been a long time coming. It’s very hard to think about the changes that have been brought on the backs of women being abused and harassed—maybe this change could’ve come without that happening—but then again, that’s been happening since time immemorial. I do think that we are seeing some change wherein people are taking women much more seriously, largely for cultural imperatives and economic reasons, knowing that they can make money from women’s work. It’s always been ingrained in these male leaders and decision makers’ brains that women’s stories are not universal, and this conception is something that has been one of our primary struggles. It’s not only that women’s stories are not universal and that people of color’s stories are seen as not universal; it’s that women are taught to see white male stories as the stories that are the stories of our culture, and all the biographies that we’ve read and all the people we read about in history books etcetera are men, and are white. This is how we grow up. What we’re trying to say, through Women and Hollywood and initiatives like Athena, is that we want to center other stories. We want other narratives, because these narratives that have been fed to us have been a diet of white maleness, but that’s not where our world should be. Fundamentally, this is the revolution. Don’t tell anyone.

I’ve definitely seen an increase in emphasis on women’s stories in a big ways over the past few years, but there are so many places where that needs to continue, and I love that Athena provides such a necessary platform for that. To go back to the festival, is there anything that you’re looking forward to most this year?

No, because as the person who’s curating the program or a lot of it, I flit about. I might see bits of all the movies that people are enjoying and the conversations that are happening. Opening night is always special; this year we have the New York premier of Fast Color, which is a story about three generations of African American women. [Star] Lorraine Toussaint will be coming here for the event, along with the writer and director Julia Hart. I think it’s a really special movie and I want people to go see it. It’s very hard to get people to be interested in stories about African American women and women of color, but these are the stories that are missing and these are the stories that we need to center. I’m particularly thrilled to center that story on our opening night.

It’s definitely important to highlight intersectional stories, which are so often left out of the conversation.

To move to your work with Women and Hollywood, what are some of the projects you’ve been working on? I know you’ve done some work regarding closing the pay gap.

The job of Woman and Hollywood is to amplify women’s voices, and to raise these issues on a constant basis by just keeping on keeping on. The pay gap issue is about making sure that people don’t forget about these issues. All the things that Women and Hollywood does are meant to remind people of what’s happening and to assure them that we are watching, and change needs to happen; that’s our 24/7 mantra, to amplify women’s voices and to make sure people know what’s happening to women.

That’s something that we think about a lot. We do a lot of movies with women directors and festivals, but our work is not necessarily only woman-focused, though we want to keep centering female stories. We’re cool with our trans sisters and nonbinary people, and we’ll work with this on a case by case basis; it’s something that we’re all learning about. We don’t get it right everytime, but if somebody brings up a point we’re happy to change things. This is pushing our culture to a whole new place. It’s something I think that people in college are dealing with on a whole different level than people who have been working in this industry for a long time. We can learn and try to approach this in the most sensitive and intersectional manner we possibly can, while also making sure that we keep our focus.

Are there any specific changes you’d like to see in the industry? What would your dream progression be in the future for Women and Hollywood, the Athena Film Festival, and your work as a whole?

Women and Hollywood has always been an independent, rabble-rousing entity. We’ve been around now for twelve years, and as a person who is an entrepreneur, you have to keep evolving. This is what I’ve learned over time: you have to make sure that you stay with the conversation. I will continue to learn, and I will look to see where we’re going, and I want to be ahead of it; I want to be leading people towards the place where we all want to be, which is inclusive, and hopefully we’ll get there. I’m optimistic. Intersectionality is a word we think about as much as we possibly can, as we make decisions for Athena and Women in Hollywood. It’s about really trying to ask the hard questions, to challenge yourself, and to grow.
__

Eden Arielle Gordon is a writer and musician from New York City. She has written for Catalyst, Lilith Magazine, and Untapped Cities, and is the founder and editor of Crossroads Zine. Follow her on Instagram at @edenariel117 and Twitter at @edenarielmusic. 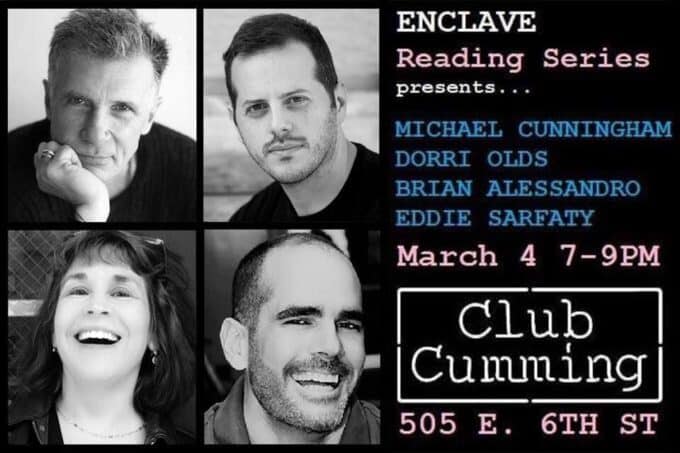 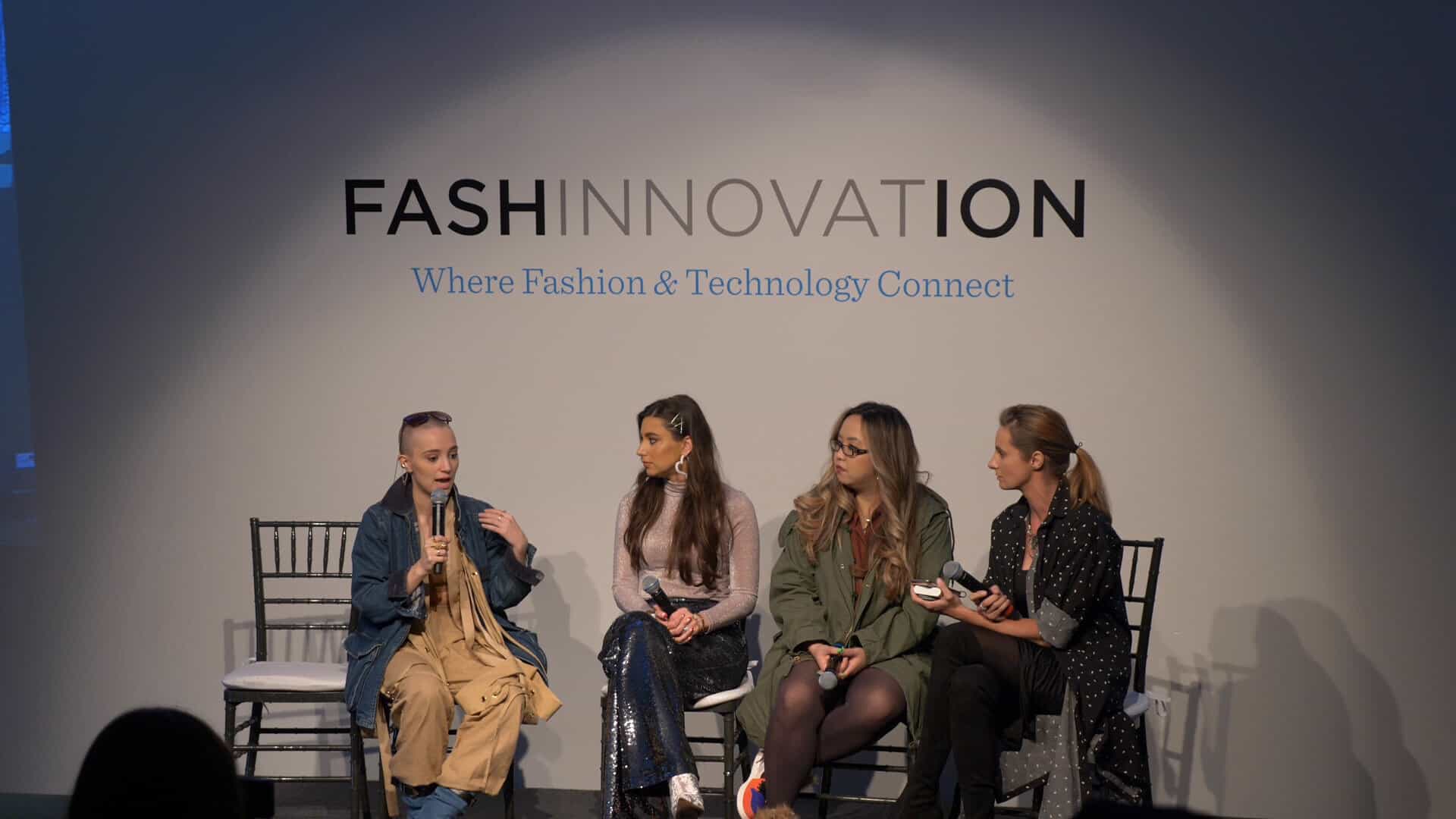