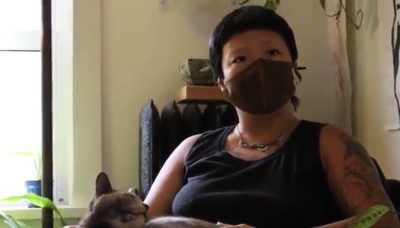 In this documentary video exclusive, tattoo artists Julia Suh and Audrey Scalese explain how their approach to the practice considers trauma, sensitivity, and DIY craftsmanship.

DIY tattooing has come a long way from the image of ballpoint pens and sewing needles in a high school buddy’s basement. DIY Tattoo artists Julia Suh (they/them) and Audrey Scalese (she/her) are two artists redefining stick-and-poke as an art form out in Western Massachusetts. When asked what makes them different from the typical American-style tattoo studios, they had the same answer: trauma-informed tattooing.

Julia’s practice of trauma-informed tattooing came from their focus on trauma when studying psychology at the University of Massachussetts Amherst. They define their responsibilities as a tattoo artist as being aware of all the potential triggers that a tattoo session might bring up and staying as sensitive as possible to the client’s needs. Julia’s home studio is quiet, fragrance-free, and a one-on-one experience filled with plants, natural light, and handmade art.

The secret for Julia lies in their booking form. They made sure their form was as detailed as possible, asking the client questions about their sensitivities, potential triggers that might come up during the session, accessibility concerns, and even conversation topics to avoid.

One important aspect of trauma-informed hand-poking for Julia is the sound. In a traditional tattoo studio, the sound of a buzzing tattoo gun can be abrasive and overwhelming for some clients, especially if there are multiple guns going off at once. For people who are sensitive to sound, hand-poking offers a serene alternative.

“In a private studio,” says Julia, “specifically mine because I can only speak about mine, it’s just quiet, and there’s no buzzing, and it’s just us, and it’s just, you know, more calm.”

“It’s the most important thing to me,” says Audrey, “how the client feels during their tattoo.”

Audrey’s studio is clean and bright, with white walls covered in black-and-white flash pieces and framed art prints. A sweet brown kitty comes up and sits on her lap during the interview.

“This is Slinky,” she says, “she likes to come hang out while people get tattoos.”

In her practice, Audrey likes to make sure her clients feel respected and listened to. It’s a collaborative process between client and artist, which she hopes combats the feeling of hierarchy that exists in traditional American tattoo studios.

“It can be pretty common with tattoo shops that there’s a culture where the tattoo artist is above the client,” says Audrey. She’s committed to breaking that mold, listening to her client, and giving them exactly what it is that they want. Unspoken “rules” of tattoo design, like faces in portrait tattoos pointing a certain direction or script tattoos not being upside-down, are going out of style as tattoos more and more are becoming tools for reclaiming your own body.

In our interview, Julia showed me a book they were reading; Could This Be Magic? Tattooing As Liberation Work by Tamara Sanibañez, as a source of inspiration for the kind of tattooing they do. For many queer people, the body can be a sensitive topic. Very little choice goes into the body itself that we exist in. Tattooing is a way of reclaiming it, curating the body to be an artistic expression of self, making it a home. These artists know this well, committing themselves to not only provide some permanent art, but also potentially being part of a clients’ own healing process, whatever their baggage might be.

Communities like these are not only found in Western Massachusetts. Audrey and Julia themselves have found that this network of DIY artists extends to places like Boston, Connecticut, New York City, and beyond. With the world so shaken up as it has been the past few years, more and more people have been turning away from corporate structures and toward DIY communities; away from big chains, toward local business; away from charities and nonprofits, toward mutual aid and community activism; away from mass-production, toward independent artists. The secret of this DIY tattoo movement is as simple as it is fundamentally important: listen to the client, put people first.

Check out Honeysuckle's photo gallery from the video shoot, by filmmaker Evie Wybenga. 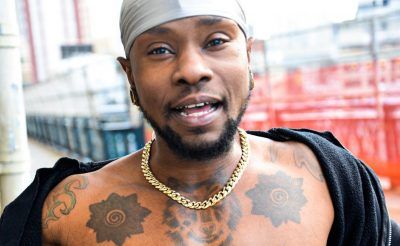