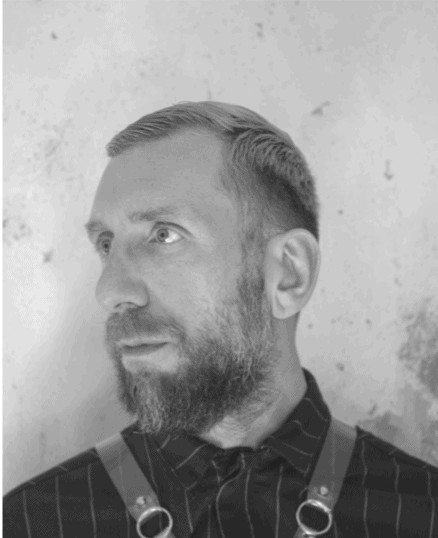 The potentially controversial film follows a wild night in the lives of expat queers at the legendary Berlin club. It has the potential to become an iconic LGBTQ film.

The new film by Greek director George Markakis, EX, had its world premiere screening during this year’s Berlin Film Festival at the European Film Market. The potentially controversial film follows a wild night in the lives of expat queers at the legendary Berlin club Kit-Kat. It has the potential to become an iconic LGBTQ film.

Mr. Markakis sat down with Honeysuckle during the market to discuss the film.

A Chat With George

First, tell us a bit more about yourself and how you started out in film.

I am from Greece — born in Crete and moved to Athens when I was 20. For many years, I was doing different jobs for five years. Then I decided to go to film school to find my real self.

I studied for three years in Athens, and in my second year I found my first job as an assistant director for a feature film. After almost seven years of working in business in Athens, I moved to New York.

Then, I went to Barcelona for a year — not for business, but for pleasure. After that, I moved to Berlin, quite accidentally. The plan was to go to Berlin for six months then back to New York.

And how long have you been in Berlin now?

I have been here for 10 years.

The first thing  I noticed in Berlin was the silence. A different vibe from New York. Here it’s more chill; a different mentality. New York motivates you to get out, to meet people. Here in Berlin you have more space and you don’t need three jobs to  cover your rent.

Yeah, same reason I’m living in Bucharest. The freedom to be creative.

Exactly. This is what I found here. My first feature came from my first months staying with a German guy in a huge flat. This energy was completely new for me. Quiet, everything slow. This was the inspiration for my first feature.

India Blues. The story is about a Greek guy and a German guy who are flatmates that fall in love. You see their relationship develop through their different feelings in vignettes. One story is about anger, and the other about jealousy and love.

You see them building their relationship through these emotions.

Yes, and without a lot of dialogue. It is mostly through body language. There is a lot of silence in the film. The characters don’t say much, but you can understand their feelings.

That leads nicely into my next question. How did you get the  vision for your second film, EX? Let’s dive into your creative process!

I made the first feature here, but I was still trying to find myself. I was in the closet until 26. Berlin gave me the freedom to discover me. I find it’s better in the clubs. I started going out, taking drugs, meeting people and understanding the queer scene.

I was often drawn to the toilets. I found myself listening to people in the cubicles, hearing their reactions and trying to understand their characters.  It was amazing. For many years, I was hiding myself. It was a big challenge, to be with strangers in a small place, take drugs and talk about myself.

Then, Diana arrived in my life. It was love from the first moment we met each other. We connected.

Diana is the lead character in EX?

Yes. She was my inspiration for the movie. However, we still needed to find $1 million to make the movie. For three years we struggled to obtain funding.

Then, I decided to take back control of the film. I said to myself, “You’re going to make the film with your first idea. So what do you need? You need the toilets and real party people from the scene, then you can make it. You don’t need so much money.”

Diana reminds me of an S+M version of Lady Miss Kier from Deee-lite, like the queen of the club.

She is the queen of the club! She relishes the freedom and the lack of judgement in Berlin as opposed to Italy, where she faced a lot of criticism for her sexual behavior/lifestyle. This notion is important to the film.

Society wants to put everything in a box and regulate behavior. However, we who lead different lifestyles are not freaks. We are people with ideas seeking a safe space, acceptance and love. This is the central message of the film.

What elements in the film do you use to communicate that message to the audience?

First is the music. Second is the city — what Berlin represents. This is not something new. Berlin was always a liberal city. The queer community is active. They make the city more colorful.

And, of course, the drugs. Because they attract people and and brings them together, freeing them from inhibitions and judgement.

Another thing making the film accessible is that although set in Germany the film is mostly in English. Why is that?

Berlin has become very international. People speak English, and Germans are pretty open to this development. That’s why we decided to have the film in English, but of course there are other languages in it as well. We have some German, some Russian, some French characters in the movie.

We wanted the footage to be real and improvised. There is only one professional actress in the whole cast. All other are real, party people. People came to our set after parties. More drugs, getting even more high, and when everybody was ready to catch the moment, I would take them, stick them in the toilet and start shooting.

For each person, it was a real personal challenge, an art therapy. It was art, expression and therapy combined.

I just kept rolling for hours. I had 20 hours of footage in the editing room and we cut the film 15 times until we decided, “Yeah, that’s the final cut”.

Which audience do you wish to reach?

Diana has a scene  where she is coming out of the club, still high and with a leather outfit, super crazy makeup, people look at her weird.  But she says, “My satisfaction is if from all these people, I can find one who can have contact and say, ‘you know what? You are cool! I understand you. You are perfect.’ I don’t need to worry, I don’t need to feel bad about what I am.”

Where will people be able to see the film? Where will you release it?

Right now we are in the process at the EFM. We try to find sales agencies to release the films in festivals then we will find distribution. That’s the first goal.

One last question: Watching the film reminded me of the low-budget, observational style of 90s indie films. For example, Richard Linklaters’ Slacker for the LGBTQ club scene. To which films would you compare EX? For the audience deciding to watch it.

I guess Trainspotting.  We also have the idea to make EX2 in 20 years because I want to see what happens to these characters. I don’t like the second “Trainspotting” but the people in EX are real techno kids and they are going to do this forever. It’s not a period of time. It’s a choice. They decide to do this. And that’s something, I really look forward to making in 20 years with EX2, and see what’s happened with all of them.

It’s a good comparison because “Trainspotting” was also showing a segment of society that people had previously dismissed.

I would also perhaps compare it to Larry Clark’s Kids.

I love that film! It’s an important film. That’s a good early ’90s comparison too. Your EFM screening is tomorrow. Are you excited?

I’m very excited because most of the cast don’t want to watch it on a laptop. They want to watch it in a real cinema. That’s exciting because yes, it’s a market screening but also for us, it’s like an official premiere.

That’s going to make a great energy for the EFM buyers who attend. They’ll see the movie coming to life.

They sure will! It will be a great buzz. We’re going to fly our colors and do our thing!

The EFM screening was very successful. The energy in the room was palpable, full of laughter and cheering. The real proof came when EFM buyers and festival programmers who were attending stayed for the whole film! Usually they’re outta there faster than Dominos brings your pizza. I think they got caught up in the spirit of celebration. Hopefully, EX will be coming to a cinema or festival near you very soon and you can join the celebration! 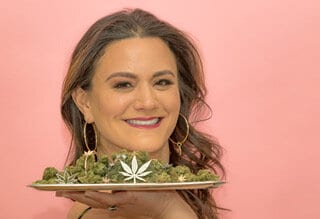 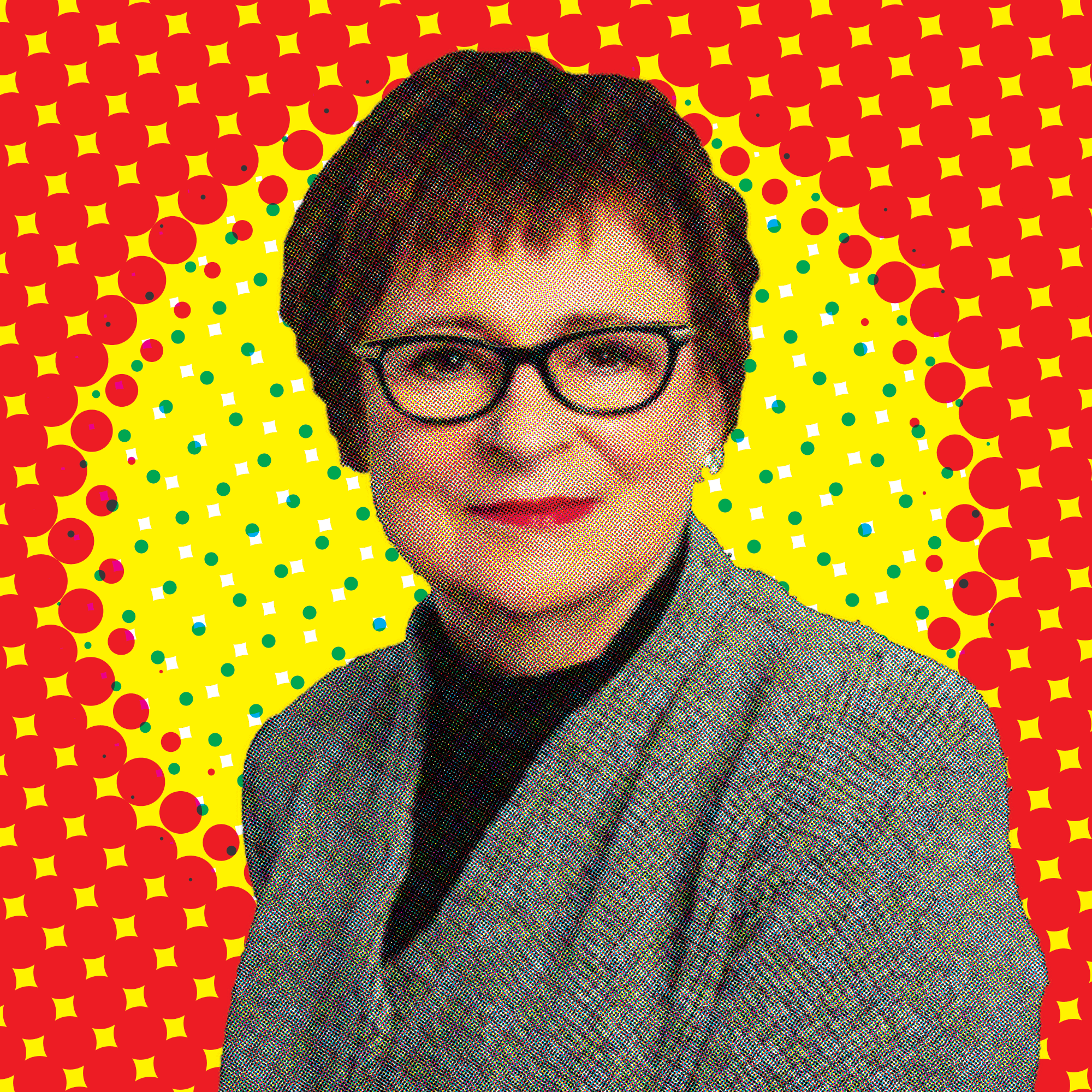