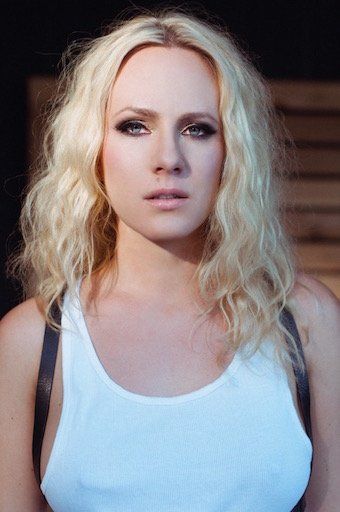 "You aren’t missing out on anything, so take your time."

Ever pursuing the crest of the television and film wave, Honeysuckle recently sat down with the brilliant Andrea Stefancikova to chat about her fruitful acting career, sobriety, the dark side of the film industry, and her recent marriage.

For Americans who may not know you, can tell us a little bit about yourself?

I was born in Bratislava, formerly part of Communist Czechoslovakia, now the capital of Slovakia. I then immigrated to Vancouver, Canada. You may have seen me on shows like Supernatural, Zoo, The Arrangement, etc. as well as in Indie films, ranging from the most recent; Unmasked, Below Her Mouth, Dark Harvest and Kidnapped in Romania. The truth is, being an actress has not been stable enough to sustain me financially. So, I have other creative income outlets. I coach actors and I also teach at Shoreline Academy. I am also a European accent coach. Writing takes up a lot of my time. I have various stories at different stages as well as poems, etc. I finished a book, and it’s been optioned for TV/Film, but I’m shelving that for now. Fun fact, one of my first jobs was with Idris Elba; he was not well known at the time and I got to kiss him!

I saw on Twitter somewhere that you used to date Michael Fassbender. Is there any truth to that?

I did date Michael. He wasn’t famous then. We loved each other very much and had a sad break up. It was mostly because he was on the rise to celebrity — a different trajectory at the time. I won’t say more about it. Michael and I still speak to this day; we are both happily married.

Tell me about your experience on Supernatural.

Ahhh, it was SUPER. From the director/producer, Philip Sgriccia, the talented actor, Mark Pellegrino, to the crew, everyone was just amazing to work with. It was like being around family. I’d go back in a heartbeat.

How do you select your projects?

To be honest, as an actress, I am not at the point where I can choose projects for the most part. I don’t get offers; I audition. Being an immigrant with an accent, even though it may be subtle, it’s not always easy to get in the room. Sadly, immigrants are still not included and accepted as American or Canadian citizens in TV/film, even though in real life, I’ve been a citizen for many years. As a Caucasian, people assume I sound “Standard American”, and when I don’t, it throws them off. Then when I go out for parts that require European accents, I get pinned up against big Film and TV names.

When I am in a position to choose, I look at the story, the role, and the people involved. It’s a tough game, but I love it.

Before you were an actress, you were a model. How old were you when you started modeling, and how did you transition into acting?

I was 14, still living in Slovakia when I was scouted by Elite. I was a little punk. I shaved my head and was dropped by the agency at 15 years old. When in Vancouver, I had a high-school friend who was a working actor. I asked him to take me to his acting class. I loved it! When I asked to join, the teacher said, “Immigrants can’t be actors.” He told me I needed to speak perfect English to take his class. I cried in the car on the way home.

Soon, I was picked up by an Italian modeling agency and moved to Milan. It was my way out of Vancouver. But, the acting bug never left me. A couple of years later, on the East Coast, I started working on my accent and went to my first drama school.

You appear on the TV show, “The Arrangement” which is about the dark side of being a celebrity. What’s your take on the not so glamorous side of Hollywood?

From the outside, it’s all glitz and glam, but finally, the truth is starting to come out. The competition, harassment, addiction and the discrimination. Mental illness is prevalent because of the pressure, hours and decadent lifestyle. Many aren’t capable of handling the success they have achieved. I have lost quite a few people in the last few years to drugs and suicide.

Instead of stigmatizing mental illness, we need to create a safe environment where people can ask for help. I have fought my own demons, traumas, drug addiction, and depression. It took me a long time to not be ruled by all of that. Now, I am more grounded. I am in a position to offer help to others, because I have lived it. Love, compassion, and support are what need to be given away instead of narcotics.

Now that you are sober, how has this affected you in an industry that seems to thrive on the party lifestyle?

I’ve been drug-free four years, and sober for nearly three. I struggled for more than half of my life, so it was difficult at first. I didn’t even know who I was without substances, because I was always under the influence. I had to get to know myself. I didn’t think I would ever have fun again. Now, I can dance, talk and listen to people, and I remember everything. I wake up clear-headed and feeling good. It’s refreshing. I feel proud to say that I am trustworthy and responsible now. I never do anything I would regret, because when you are under the influence, things get easily out of control. Alcohol and drugs only cause drama. You cannot undo the past. I try not to have any regrets but it’s only human to have some. I’m not a self-help book. I own everything I have done. It made me who I am today.

Congratulations on your recent marriage. What effects has your marriage had on your life and career?

Thank you. Chris supports me; he is proud of everything I do. He gets excited for me, it’s so cute. He isn’t fond of people with huge egos; he will just walk away. He’s fairly opinionated but within reason. The first year of marriage was an adjustment. I sort of disappeared. But we found our rhythm now, and it’s great. We are a team, and we are in love. I don’t know if it’s marriage or being sober or the combination but my life is definitely better and healthier.

In the film, “Below Her Mouth” you worked with an all-female cast and crew. How was that experience as an actress different for you?

It was more relaxed and friendly on set. Less yelling. Plus, given the nature of the film, I felt infinitely more comfortable being surrounded by women on set.

Do you feel the film industry is making positive movements towards gender equality?

Yes, but it’s still more of a talk then a walk. The number of women directing top Hollywood films dropped in 2018 to only 8% with just a tiny increase in other departments. What needs to happen is a cultural transformation, and it won’t be remedied by a few individuals or a single studio. I don’t believe we can expect a radical mind switch in the old-schoolers who control the industry. Once the new generation, which is wired and educated differently, more open-minded and inclusive, replaces these major players, then we will really see a meaningful change towards gender equality.

What advice would you give your younger self?

Speak up. Be a good human being. You are good enough. You are perfect the way you are and the way you sound. Don’t do anything that makes you feel uncomfortable. You aren’t missing out on anything, so take your time.

How do you feel about the legalization of Marijuana in Canada?

I think it’s great because of the medical purpose of cannabis. It isn’t for everyone, I get that, but it has been proven to relieve symptoms in cancer patients and as a pain reliever or anti-inflammatory. It helps with overall well-being and probably a lot more. I’m not an expert. I stay away from THC but use CBD when needed.

Earlier you mentioned discrimination based on accent; I’ve never heard of that, can you explain a little more?

This is important with all the discussions about inclusion and diversity in Hollywood. I recently have been speaking up along with actor, Allesandro Miro, about linguistic discrimination (accentism) in the industry. Most of the time accents in film and TV are associated with ‘stereotypes’ like prostitutes, gangsters, thugs, often portrayed as less educated or as points of ridicule – mostly in a negative way.

Why do we treat immigrants who are American or Canadian as second-class citizens? We see different races, ethnicities and religions depicted on screen yet they all sound the same. This does not reflect the real world.

The beauty of living in North America is hearing accents from all over the world. We would like to see a fair representation of all demographics including immigrants and accents.  We choose to no longer be ashamed of being an immigrant. We spoke up to break the stigmas around accents. We would like to turn the shame into pride. We weren’t aware we were actually starting a movement by speaking out. It was scary but empowering and liberating at the same time.

New Bitch, Who Dis?– It's Cuja 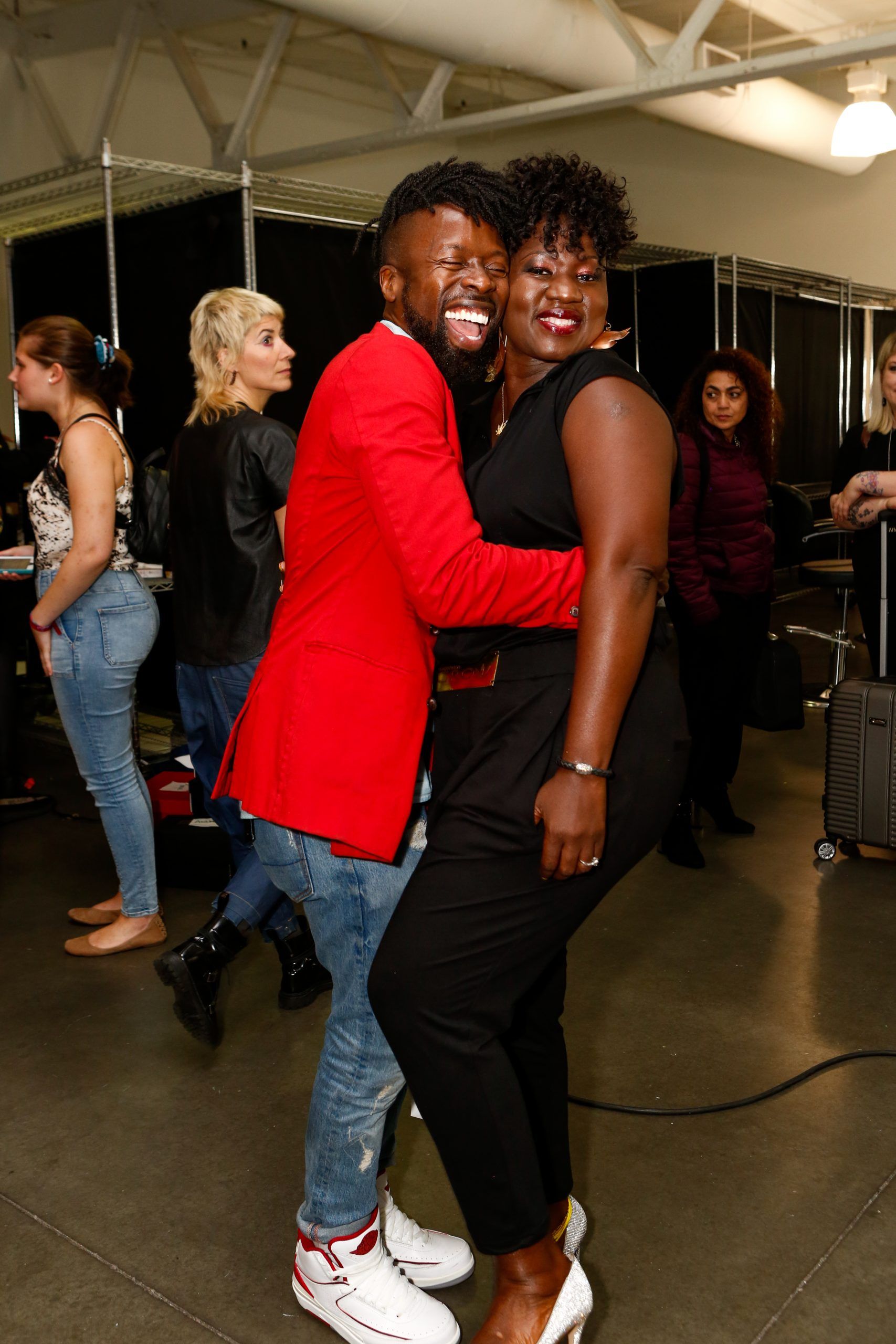