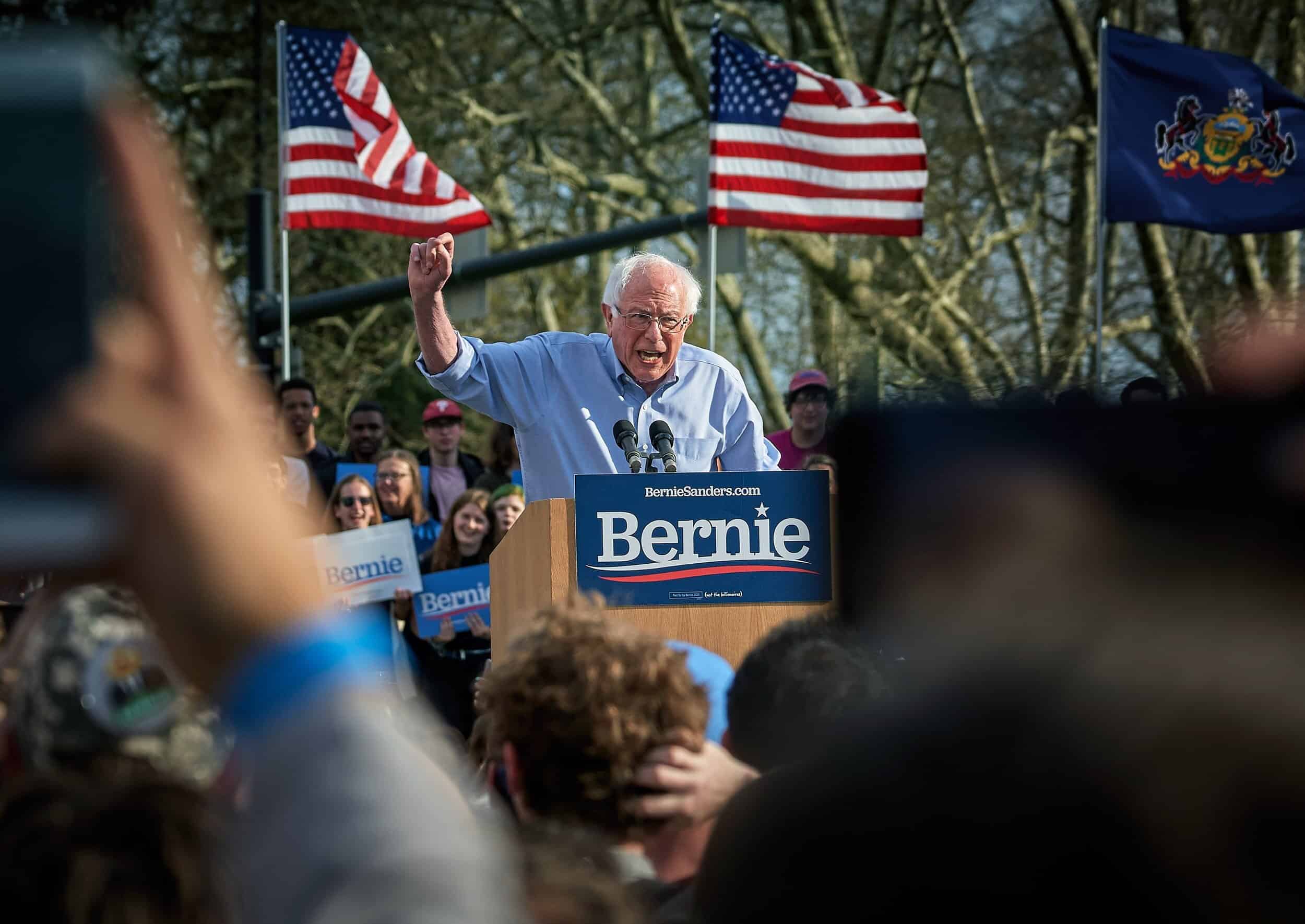 This dangerous focus seems to evolve into a tendency to idealize the president as some sort of savior, instead of a tool to be wielded by the people.

If you ask my neighbor, the nation was better off when Clinton was in office. “We were eating well” he’ll say, referring to the economic stabilization that peaked during the Clinton administration. “Clinton knew what he was doing.” If you ask my professor, America was at its best when Obama was in office. He calls him “the humanitarian president” and frequently tangents into longing soliloquies about Obama’s presidency.

For the American populous, the ups and the downs of an administration belong to the man in charge, and rightfully so. But Democratic voters have taken this one step further.  As a party, Democratic voters tend to focus down on the office of president while neglecting other, more local offices. This was especially apparent with the election of Obama, who in a sea of only white presidents, felt like a messiah to voters. While Democrats showed up in record numbers to vote for him, interest in elections for state representatives and senate seats waned. What resulted was the loss or 1,000 state legislative seats during Obama’s term. This dangerous focus seems to evolve into a tendency to idealize the president as some sort of savior, instead of a tool to be wielded by the people.

If Obama was the messiah, Bernie was framed as the second coming. He too, built his platform on progress and change. Unlike Obama, his passion, alignment with socialist values, refusal to accept corporate funding for his campaign, and his history with social justice posed him as almost the anti-politician. He struck a chord with young voters as he championed the rights of the LGBT+ community, women, and people of color. He seemed fearless and enlightened, perfect. Even when allegations of unequal pay, sexual harassment, and microaggressive behavior arose from within his campaign his savior status remained intact.

I am not old enough to remember any drama around the first Bill Clinton election. Being a child in elementary school, I was very young and ignorant regarding American politics. I don’t know what he meant to the American middle class, or the impact his presidency had on the economy, or what his winning the election did for foreign relations. What I do remember was police cruisers parked in front of my school, invoking fear instead of safety. I remember one of them literally knocking the teeth out my friend’s mouth, a Black boy who was 15 at the time.

Clinton modeled a culture of deniability and victim blaming that echoed racist and sexist practices of powerful men before him. I still remember my teachers complaining that my black classmates and I were misbehaving because our community lacked father figures and role models, echoing the rhetoric of the Clinton administration. I remember the Monica Lewinsky scandal. I remember Monica, 22 years old, being painted as a whore who seduced a 49 year old man. I don’t remember Bill or Hillary speaking up about Bill abusing his power over a young girl who was working for him.

While the rest of the country was praising him for “cleaning up the streets” and lowering the crime rate, African Americans were contending with a beefed up police force, police brutality, and higher arrests for drug-related offenses. While members of the military were receiving more benefits and higher pay, LGBT+ military people were hiding their sexuality from higher ups in order to avoid discrimination. While newspapers reported that Clinton was helping to “usher in peace” in Serbia, his hesitation to assist Rwanda aided in the deaths of over half a million Tutsis. The privileged section of society gave Clinton a round of applause for seeing us. The invisible minorities watched from afar, wondering why our pain didn’t matter.

Barack Obama was one of our better presidents. There have even been arguments that he is one of the best. And truly, his administration was impressive. He helped to end the Great Recession, a gargantuan task. He managed to slow down the “War on Terror” by taking down Osama Bin Laden and methodically withdrawing troops from Afghanistan. He helped to finalize the International Climate Change Agreement, which pledged America to do its part in reducing carbon emissions. The Affordable Care Act managed to take steps towards healthcare reform, a feat the Clinton administration failed at.

However, even this star administration sacrificed the needs of marginalized groups in favor of the white majority. It was under the floundering of the Obama administration that innocent Syrians were murdered in their own neighborhoods, not unlike the way the Clinton administration responded to the civil war in Rwanda. And we can’t forget the issue of Obama’s mass deportations. His administration is responsible for over 3 million deportations, more than Bush or Clinton ever did.

I was old enough to vote for Barack Obama both times. I stood in a line outside of my college for two hours so that I could vote for the first Black president who promised change and progress. I remember being hopeful that finally, structural racism would be addressed with concern and intelligence that departed from the dismissive way the Democratic party had talked about those issues before. He was going to be my savior. The white knight of America. I was living in Chicago when he won his second term and danced in the gathering crowd outside McCormick Place where naïve people yelled “Racism is over!!” I rolled my eyes in annoyance and secret optimism.

Over a year later, after participating in several Black Lives Matter demonstrations I found myself screaming at my laptop as I watched Obama offer watered down messages of hope and unity to Black Americans after ignoring the movement for several months. Under the first Black president, a moment I literally prayed I would live to see, Black Lives Matter protesters were gassed, arrested, and criminalized with very little attention from the White House.

Whenever Obama did dare to invoke race the blowback was extreme. He managed to quell the hoard of racism apologists and respectability agents by calling for “mutual respect”, a slap in the face for a group of people literally marching for their lives. While Obama now faces criticism about Syria and immigration, he has yet to be taken to task for taking almost no action as Black Americans were continuously murdered by police. Obama, a Critical Race Theory scholar, knows of the heavily flawed relationship law enforcement has with Black Americans. Yet when directly given a chance to do something about it, Obama resorted to politics as usual.

When Donald Trump took office my disappointment in Obama turned to rage and realization. My friend and I, who decided to watch the voting number rolls in over drinks at a local bar stared at the screen with dead faces as people booed and even wept around us. The polite, polished veneer of American politics was shattered. All that was left after that night was the truth. No matter how much progress this country makes in my lifetime the preservation of white supremacy will remain central.

My concerns as a member of several marginalized communities would never warrant a nice sit-down and automatic policy change. No ruler of this country is going to seek me out and make sure my needs are met. That is not a privilege I was born into. No. In 2016 I learned that if I wanted change I had to fight for it. I would have to march, protest, write, read, make calls, and take a relentless interest in my government. I would have to scream it, everyday, that I am here and that I matter, until I get what I need.

Now we are coming upon another extremely important election. Bernie Sanders, the millennial favorite, has recently left the race, leaving Joe Biden as the only contender for the Democratic nomination. Like his predecessors Biden’s appeal to voters seems to be that he could “get things back to normal”, when we could ignore the problems of women, people of color, and the poor because the needs of the white middle and upper class were being met. Normal for me means I have to fear for the life of my brother as he drives around Wisconsin. It means that my reproductive rights remain in flux.  It means that powerful men can continue to assault with very little consequences.

“Back to normal” means trans people continue to be abused and murdered at high rates with little media attention. It means the struggles Native Americans face continuously ignored while their land, traditions, and imagery are co-opted and appropriated. It means that the poor continue to get criminalized and immigrants continue to be exploited as America bombs and terrorizes their countries of origin. To these issues Biden has said next to nothing, which will not do if he wishes to rally voters behind him. We never wanted normal. Normal is what got us here. We want change.

No matter who is in office, I expect to fight. Now, I would prefer to fight when there isn’t an aspiring autocrat as a president who blatantly disrespects the office, but overlooking the needs of marginalized people is the American way. Even Sanders’ platform didn’t address the concerns of Black Lives Matter until the organizers crashed his rallies demanding to be seen. They were met with harsh criticism from Bernie supporters, but they knew what I know. Even a guy with great ideas is just a guy, who is a part of a system of politics empowered by exploitation and exclusivity. No one was ever going to hand me, a Black woman, the perfect government. No one is going to hand it to you, either.

America is not a  princess that has fallen in the hands of our evil stepmother and is now forced to wait for our Prince Charming. America was never perfect or especially resilient or post-racial.  And America, no matter what the current administration would have you believe, does not belong to the president. This country is ours. It is our home, our future, and our responsibility to defend. No one, not even an impassioned democratic socialist, was ever coming to save us. 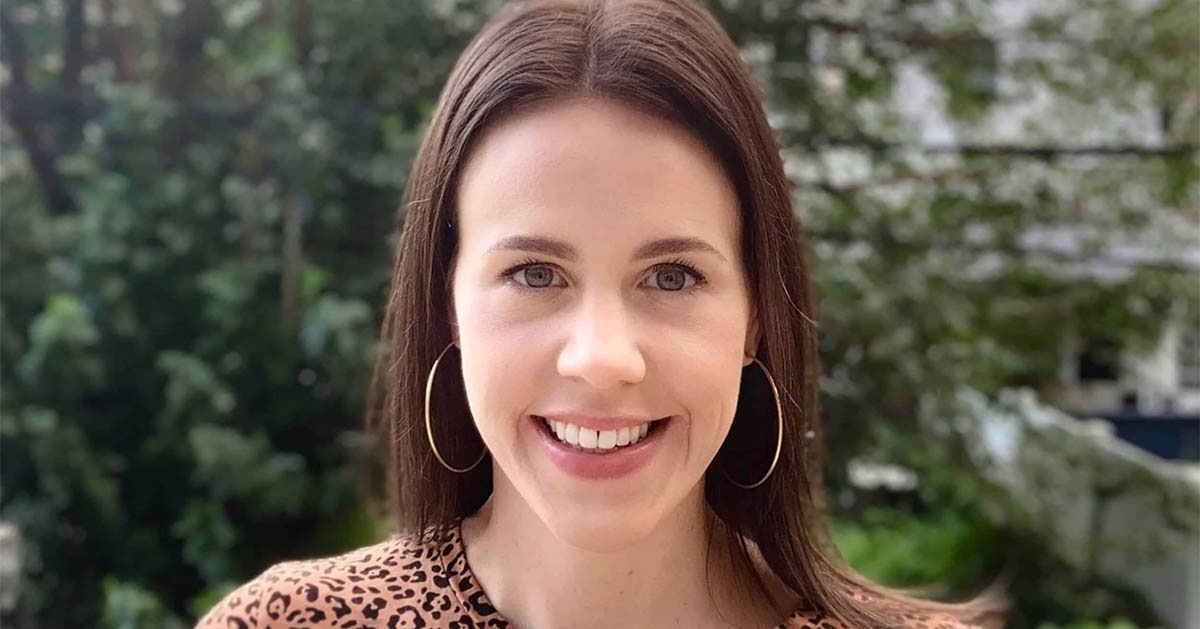 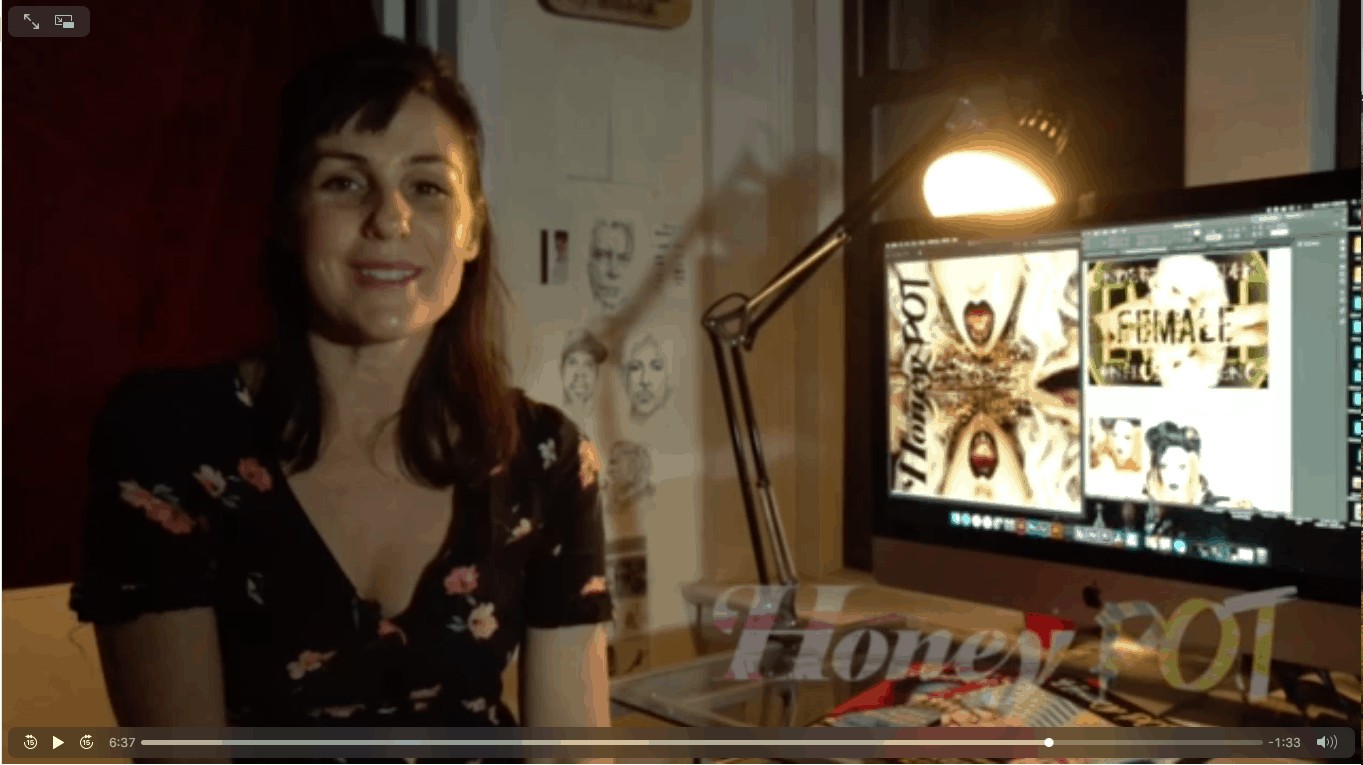