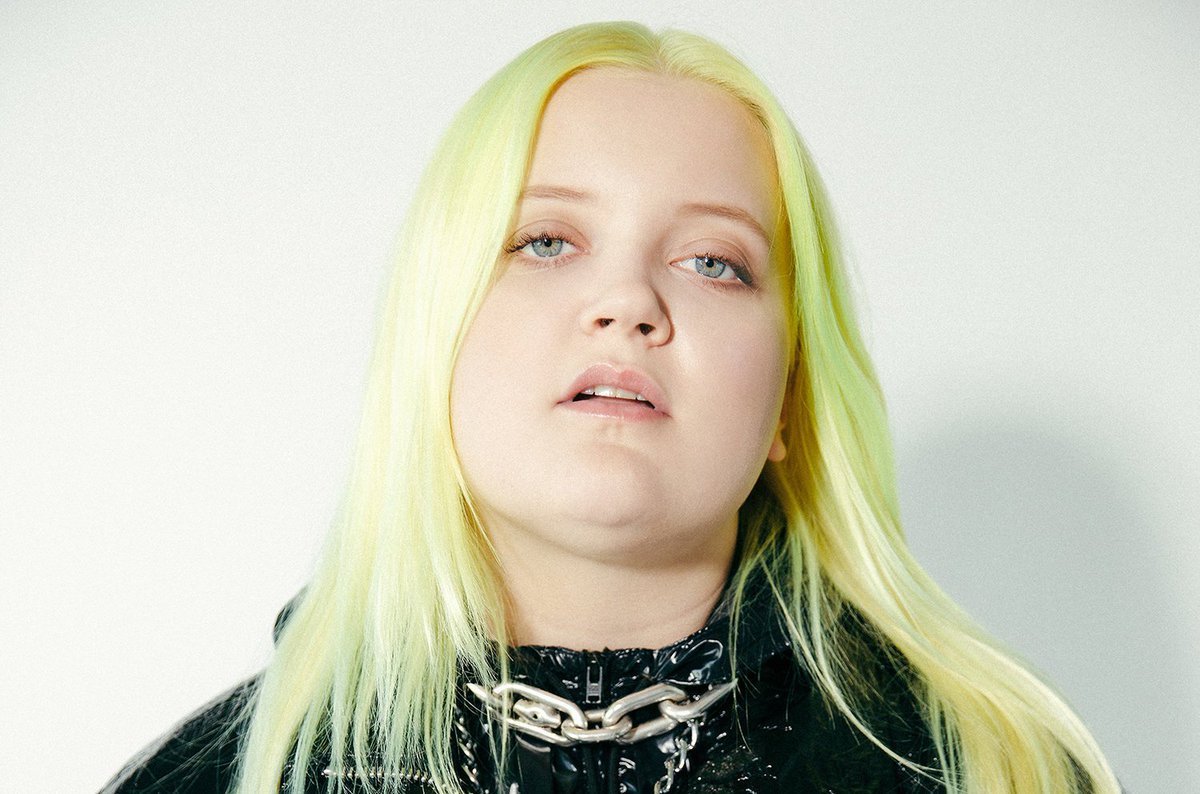 This year, South By Southwest (SXSW 2021) was a completely virtual affair. Artists were granted the opportunity to wow with elaborate stage design as they film their performances. Finnish pop star ALMA delivered one of the best virtual sets of SXSW 2021.

During her set at SXSW, ALMA is reminiscent of  Billie Eilish, sporting green hair, baggy clothes, and a demeanor that is at once loose yet intensely focused. She dances around a small, bland space that appears to be a shipping container.

She alternates between singing into a high-quality camera in front of her and switching to a fuzzy, black and white security camera above her. The music sounds like cookie-cutter pop, but ALMA’s voice—more inclined towards edgier subgenres—creates a fascinating disconnect that entices viewers to keep watching and listening.

The entire aesthetic of the performance is tailored to going viral—the set, alternating cameras and ALMA’s appearance all play directly into the most popular indie/alt TikTok trends.

When the time comes for the second and final song of the performance, ALMA breaks free in every sense of the word. She emerges from the shipping container onto a matrix-looking virtual rooftop, complete with a cyberpunk CGI cityscape in the background and particles of light flying all around.

From understated beginnings to an over-the-top finish, two songs suddenly feel like much too short of an introduction to ALMA’s bombastic personality. Thankfully, the singer-songwriter offers up a more personal look into her world in a virtual interview.

Virtual Interview With ALMA at SXSW

In a biographical video that precedes the interview, ALMA comes across as a regular, go-with-the-flow twenty something, a demeanor that contradicts the meticulous production and bold personality of her music that has earned her spots on the charts in Finland, Germany, and the UK. She is still undoubtedly dedicated, describing the stress and exhaustion of working in the music industry.

ALMA’s preferred way of destressing is charmingly human: hanging out with friends. She and her crew romp through the Finnish countryside as if in an advertisement for visiting the country. They get takeout, make snow angels on the bank of a frozen lake, have drinks in a chic-looking bar, and end the night by escaping back to nature and enjoying a fire.

It is a surprisingly moving snapshot of ALMA’s everyday life, full of simple pleasures that feel foreign in countries more severely impacted by COVID-19 than Finland.

In conversation, ALMA does not disprove the laid-back persona she creates for herself in the video, conducting the one-on-one interview from what looks like the break room of an office building and revealing that her experience with the pandemic has been a very standard one.

Just before the start of the pandemic in March of 2020, ALMA wrapped up a tour in America and was looking forward to going home to relax for what everyone thought would be two easy weeks. A year later, she says she is antsy to get back on the road.

While a virtual music festival is no substitute for the real thing, SXSW 2021 is ALMA’s first appearance at the legendary festival, and she hopes it will still be an opportunity for new fans to discover her music. ALMA describes her music as “honest pop with dark elements” and says that it “sounds like her.” These ambiguous statements may not have been enough to go on had ALMA not backed them up in her performance by delivering an undeniably edgy pop set full of bluster.

Finland: The Happiest Country in the World

Despite the darker mood of ALMA’s music, her home country of Finland has been ranked the happiest country in the world for three straight years. This is often attributed to the abundance of nature to be enjoyed in the country, which ALMA confirms has been the most consistent part of her past year. In the Finnish city of Helsinki, ALMA has been enjoying saunas and newly discovered spots in nature to pass the time.

In fact, ALMA agrees that Finland’s peaceful natural environment helps inspire her as a musician, so much so that the hustle and bustle of the world’s entertainment hubs like New York City are unappealing to her.

The whole conversation seems like a promotion of Finnish tourism disguised as an interview, which it probably is, considering ALMA’s SXSW set is being promoted by Business Finland and Visit Finland. All the same, this does not distract from ALMA’s talent–her unique pop sound and standout, likeable personality are befitting a global celebrity.