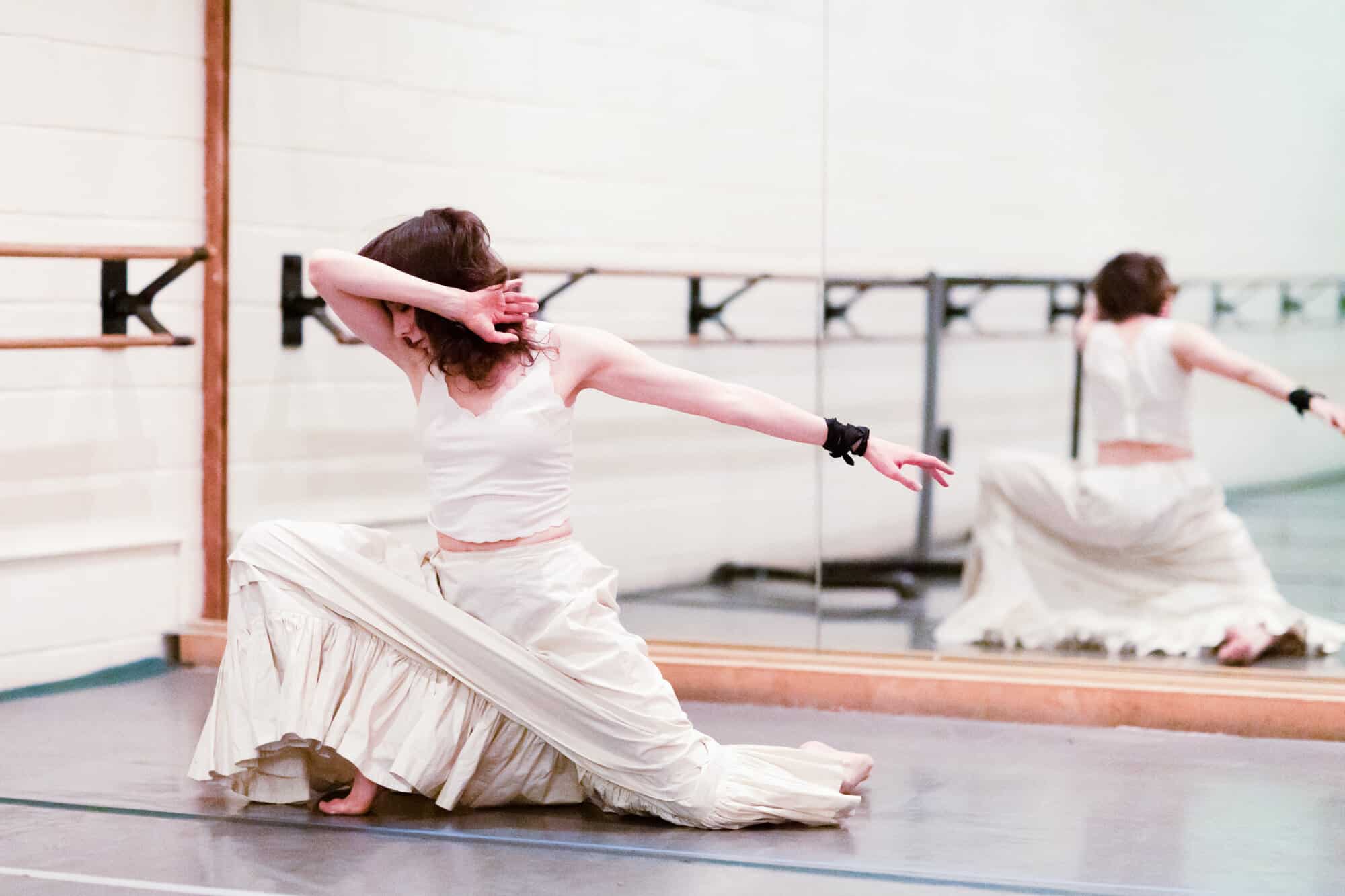 Alison Clancy studies Buddhism and its perennial philosophies in coming to terms with the emotional and spiritual connections we bear in our own physicality. This understanding of movement is paramount in Alison’s ontology of dance.

Alison Clancy practices movement as a religion. She speaks to the fact that the ligaments of the arm do not stop at the shoulder but are connected to the clavicle, allowing for elongated movements which stem from the core of the body. She studies Buddhism and its perennial philosophies in coming to terms with the emotional and spiritual connections we bear in our own physicality. This understanding of movement is paramount in Alison’s ontology of dance.

Alison’s exploration of movement culminates in François Girard’s unique rendition of Der Fliegende Hollӓnder. One of Wagner’s earliest creations, the opera is set on the coast of 19th century Norway, and tells the tale of a Dutch captain who, after once defying God, is condemned to sail the seas infinitely and without rest. Only washing up to shore every seven years, his only redemption is through love, as the curse will be revoked when the Dutchman finds a wife who will be true. After premiering at Opéra de Québec last summer, Der Fliegende Hollӓnder now makes its way to New York’s Metropolitan Opera for its 2020 season.

“ Alison’s opening solo represents the wistful longing of a character who has yet to be introduced.”

In the original version, Alison’s role does not exist. But in Girard’s vision, the opera is surrealistically transformed, taking place within an enigmatic and dreamlike space. A nautical wasteland pervades the Dutchman’s reality. A tattered ship is accompanied by a thick layer of fog, inhabiting the base of the stage and lazily invading the orchestra section from time to time. The opera opens with a jagged, mountainous stage, and a woman alone, accented by a long red dress. Girard chooses to unveil the emotions behind the act without explaining the context of the opera itself. Such a decision draws immeasurable intrigue.

Alison’s opening solo represents the wistful longing of a character who has yet to be introduced. Senta, a captain’s daughter, has been transfixed by a portrait of the Dutchman ever since she heard the ballad of his fate. The portrait, represented through a large photo of an eye in Girard’s rendition, channels Senta’s sense of pity towards his circumstances and responsibility towards his cause. She gazes up at his portrait, lovingly reaching out, as if struck with the knowledge that she herself would be the one to save him. Alison’s elongated lines perfectly transform Senta’s emotions into gestures, setting the tone for the acts that follow.

Alison explains, in disbelief, that in her 10 years at the Metropolitan Opera, she’s never seen anything like this: an unaccompanied 10 minute dance preceding the opera. For most dancers, the opera incurs a peripheral role, and the means of setting a scene. In contrast, Girard has ushered Alison to center stage, with her performance serving as the scene itself.

We met at a bar in Greenpoint, Brooklyn just a few blocks from her apartment. In the weeks before her career-defining role at the Met Opera’s Der Fliegende Hollӓnder, she’s oscillated between underground rehearsal rooms, and the taped cues of the historic opera stage. Despite the weight of these accomplishments, she’s unquestionably humble. Behind brunch plates, we begin with her musical upbringing.

A few months ago, Alison Clancy would have spoken of plans to go back to California and work on her music. Wading through moments of contemplation, she felt the toll of New York City, and craved a sense of solitude. But then one week happened. She attended an audition for Der Fliegende Hollӓnder on a Tuesday, and landed the role on a Thursday. In those few days, her plans immediately changed, and everything seemed to fall into place.

The more she takes part in this role, the more Alison believes that it was tailored just for her. She speaks of the intimacy garnered between herself and her choreographer amidst long hours in the studio, and of the camaraderie fostered throughout her many years at the Met. In an industry wrought with antagonism, Alison is grateful to find a family. Now, working solo, Alison exhibits a kind of creative agency and freedom tying her to the role, qualities which Met choreographer Carolyn Choa takes in stride. She moves swiftly, channeling feminine archetypes inherited by her character’s description. Strong and receptive, she bounces from one inspiration to another — Joan of Arc, the Statue of Liberty, and countless anime princesses — finding her place within the alchemy of the act. Working one on one, Alison picks up on Choa’s own tendencies, to see her for who she is, and to allow her to flourish outside of the logistics of her role.

Working so close with someone is a privilege new to even a veteran dancer like Alison. She describes the first time director François Girard and his assistants sat in on her performance — alongside Choa, and presiding as spectators, the assistant director and choreographer were moved to tears. Facing them, center stage, Alison suddenly understood both the monumentality of her role and the privilege to work alongside and so closely with those in her field. She felt the tangible history of the venue and the innate feeling of her work.

Her early years spent in woody Northern California, Alison grabbed anything within reach. She took classes in jazz, African dance, and even belly dancing, an education that ultimately served her well, she says, as it allowed her to reject the rigidity of her chosen form, ballet.

When she dances, Alison looks like she is climbing a mountain.  She attributes this to the space she was given in her youth; she is both intuitive to space and creates her own as she dances. In a trance-like state she moves through space, allowing herself the room to cultivate her presence through movement. After a decade at the Met, Alison feels as though she now has something to offer within artistic environments. Her own means of creative problem solving even invokes the question of what the choreographer is truly looking for. In these instances, often with longtime friend and collaborator Zvi Gotheiner, Alison articulates an opposing view, going against the curve to give him either something to gravitate towards, or something to hate. Her persistence to exist outside of her performative role grants her a sense of creative agency and spiritual empowerment.

This improvisation, it seems, is Alison’s specialty. She moves swiftly from project to project, and with any spare time works on her music. She laughs as she tells me she plays any instrument badly, and seems to have pioneered a method of strumming a guitar with her microphone. Her music moves her from the stage of the Metropolitan Opera to East Village dive bars and more experimental sites. Alison has been a part of a number of musical groups, each with their own avant-garde approach rooted in human sensation. Although her former musical endeavors have come with a team, in her new album, Alison looks to go solo. Without any ties nor hindrances to her project, the album is akin to a personal manifesto. It’s her first time without an entourage, and she relishes amidst newfound and uncompromising creative freedom.

She tells me it’s the time that she has off in which she finds more of herself. At this moment, she feels open and ready to be a part of projects which she believes to be pure and beautiful. The way in which it takes form is less important. She reiterates that the desire to fill a schedule restricts the sense of opportunism, and the ebbs and flows compliment her work as a freelance artist. These qualities tie her closely to her identity as a creator. And things move fast. Although she drifts from project to project, she carries faith in her existence as an artist, and trusts her methods. As for now, it seems to be working. 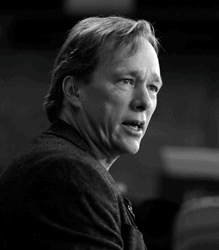