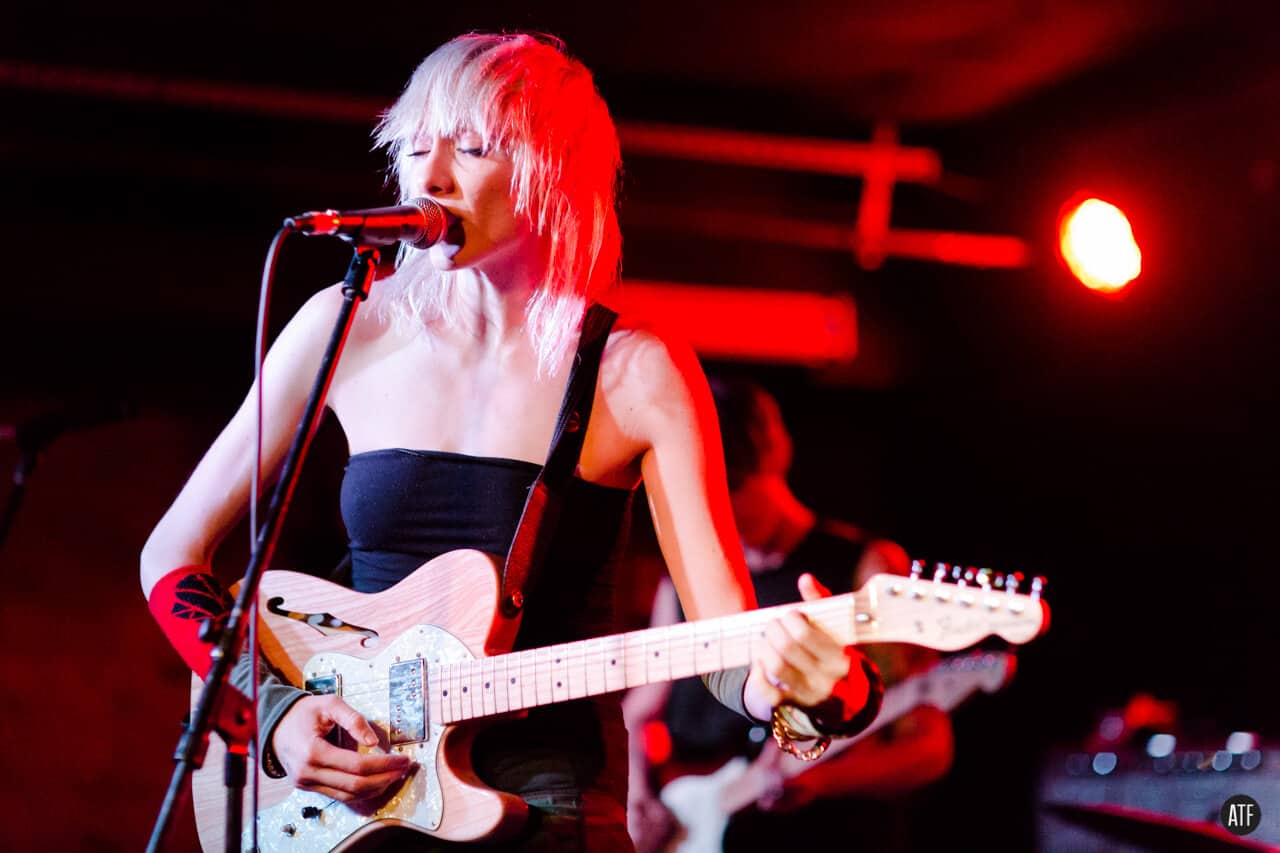 Multi-talented musician and dancer Alison Clancy epitomizes the essence of HERS. An equal-opportunity singer-songwriter and lead guitarist for many New York-based groups, Clancy is perhaps best known for her work with the all-female art band Psycho Tyko and Loving You, a duo with her boyfriend, renowned cellist Chris Lancaster. Ever on the move, the vocalist took a brief respite to chat with Honeysuckle about what a difference being in a girl band really makes.

What is your favorite part about being in a band?The unique friendships that develop from shared creative purpose and facing the world as a united front. It’s magic to create something bigger than yourself.What is your favorite part about being a girl band in particular?Women are beautiful, especially when making music. I cherish raw beauty and sensuality wherever I can find it.What are the differences between guy bands and girl bands?I hesitate to generalize the qualities of male and female musicians, because every person I work with is totally unique. They’re all inspiring, lovable and challenging in their own special ways. Perhaps women are more quick to accept me in leadership roles, whereas some men have a harder time taking direction or suggestions. Some dudes’ sense of what music “should sound like” can be a bit more rigid, and conversely some women can be hesitant to fight for their ideas. But I’ve definitely experienced blatant contradictions to these stereotypes on both sides of the gender binary, so I think it has more to do with personality than gender.Do girls get petty or competitive?I try to avoid these vibes in general, but everyone has the capacity for it. What are your experiences and overall impressions of women in music? Many of my personal heroes are female musicians: Chan Marshall [aka] Cat Power, Beth Gibbons of Portishead, Bjork, Patti Smith, Marnie Stern, Kathleen Hanna, the whole Warpaint crew. Something these artists all have in common is a complex aesthetic. They are simultaneously beautiful, grotesque, delicate, vulnerable, angry, fierce, broken, loving. They do not conform to traditional models of feminine expression and seem to embrace the full capacity of themselves. I try to give myself the same freedoms. My favorite quality in a musical collaborator is dynamic sensitivity: the ability to swing gracefully through tempo, volume, and mood changes. Sensitivity is perhaps a feminine quality, but most men I work with embody this trait sublimely as well.How is it working with your boyfriend? Do you inspire each other or is there ever a power play?I was a huge fan of Chris’s music before we were involved creatively or romantically. So I often sit back like “Wow, I am so blessed to work with this brilliant person.” Mostly it is inspiring, cathartic, passionate, healing… all the magic things one could hope for. There is a foundation of mutual respect.What’s been your worst experience working in a girl band and what’s your best? The worst girl-band experience was when two band members got romantically involved, then married and divorced. That was high drama. But when women are playing beautifully together it’s super powerful. At its best it feels like we are a herd of apex predators uniting with siren songs to devour the world with our immense love and rage – a collective hurricane drowning out all sorrow with flowing locks of hair and tangled melodies. Are you friends with the girls you play with?Yes. Creative work naturally folds into family-like experiences and vice versa. We get to know each other well enough to understand each other. And in my mind understanding is the same thing as love.How many bands are you in? When are your upcoming shows?Too many bands… and never enough… I’m a creative junkie workaholic addicted to collaborating. I just finished my debut solo album Psycho Tyko, produced by CityGirl. We [had] a listening party on July 13th at Amy Van Doran’s Modern Love Club in the East Village, NYC. Loving You is the duo with my boyfriend, the epically talented cellist Chris Lancaster. We [played] shows in Los Angeles in August. A project called HUFF THIS! has had many iterations. It started as a two-girl duo, then Chris joined; eventually it transitioned to an all-boy band and me, and in its most recent form was a five-piece girl band with a mob of feline dancers. I also had a band called Electric Child for a while. What are some challenges you’ve noticed that women face over men in the music industry?As a teenager I never imagined myself doing music. The music scene in my hometown was bursting with talent, but it was a boys club I found to be both fascinating and intimidating. Obviously I listened to lots of great female artists, but it wasn’t until my friends Joanna Newsom, Alela Diane and Mariee Sioux started coming out of the woodwork, producing beautiful albums and captivating performances, that I ever considered it for myself. Seeing women I knew making bold moves really inspired me. Having role models and peers you identify with is a powerful catalyst in any field.—For more about Alison Clancy, visit alisonclancy.com and lovingyoumusic.com.**A version of this article appeared in print in Honeysuckle Magazine’s HERS issue, summer 2017 edition. 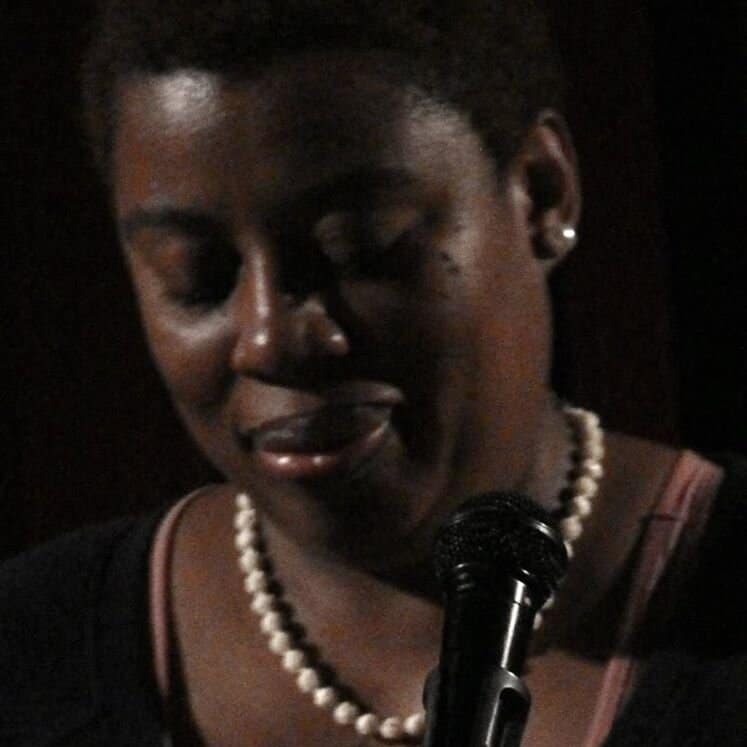 Black Art is My Story

Tales from The Bar: FAKE IDs and WANNABES 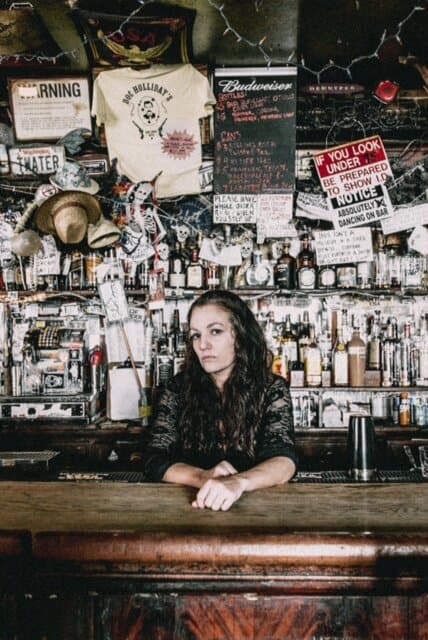