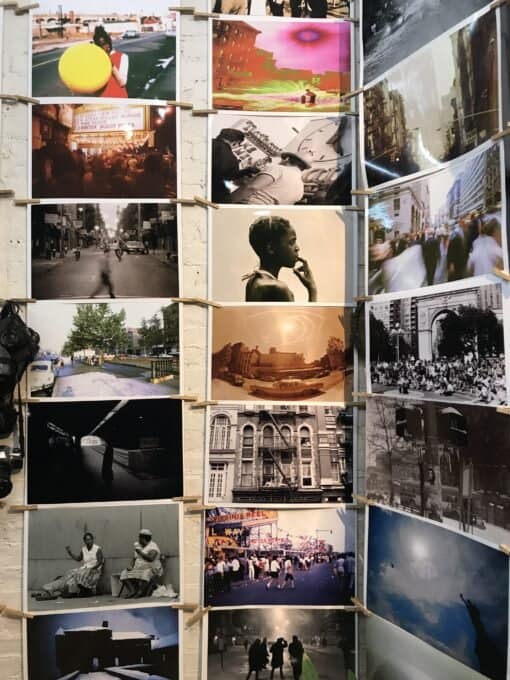 It seems that Harsley’s community is drawn as much to him as they are to his art, documentation, and the communal good housed at his gallery

In the time that I was speaking with Alex Harsley, six passers-by on the street waved to him, sitting in his chair at the back of the 4th Street Photo Gallery. They were heartily rewarded with a luminous smile and a belly laugh; it seems that Harsley’s community is drawn as much to him as they are to his art, documentation, and the communal good housed at his gallery. 4th Street Photo Gallery began in 1973 as an avenue for Harsley and his compatriots in Minority Photographers Inc. to display their work, especially that which was controversial and was refused display elsewhere. He says: “And then I sought out those kinds of institutions that have a doorway to those kinds of pathways. And there was nothing. My only turnaround was to create my own thing. So, I become my own pathway. Because, at that point, there were only a few photographers allowed that kind of access. I wanted to create a broader kind of access in terms of the diversity at that time.”

Harsley speaks of access for diverse photographers, referencing the enormous access that he was allowed as the first African-American photographer at the New York District Attorney’s office and then as a fashion and celebrity photographer, snapping the likes of Muhammad Ali, Ray Charles, and Shirley Chisolm. This access not only applies to photographing distinctive subjects, but also to display. Harsley alludes to the enormous P.R. efforts and connections necessary to put on what he calls a “legitimate” fine arts show, and Harsley extended this access to allow those, “directly out of mental institutions, people who are working on their Ph.D., [and] people doing synopses on brains” to participate in the arts. “It was based on helping people who had issues, no matter what those issues were,” he elaborates. “And the funny thing about it is, they all communicated well with each other, without knowing their backgrounds, and it was great.”

All of this began, says Harsley, in his two-bedroom kitchenette apartment. “It was always full of people”, he muses, “it became the meeting place. Eight days a week, it was a meeting place.” Over the course of a year, he had contacted the owners of the space on 4th Street, been denied his original request and instead given the vacant, narrow storefront across the street, and transformed it into a bustling gallery space. Once the gallery opened, it was flourishing both as a display medium and as a workspace for East Village photographers. “And then it just, boom. Things begin to happen. Times changed. Ideas about everything changed. All of a sudden, New York was into making money. Leave all that social stuff behind; can’t use that anymore. They made peace with this community by buying it out.”

Both the demographic makeup and the business composition of the East Village have drastically changed since Harsley first opened 4th Street Photo Gallery. Gentrification has laid waste to the previously buzzing storefronts along his street, edging small businesses like his own into ever narrowing corners. “It’s all cosmetic,” he chuckles. “Deal with it. The shoemaker’s not there anymore; we don’t fix shoes; you buy new shoes. You don’t fix your car up anymore; you buy a new car. So, all that was my support system; that just went away.” Harsley laments these changes, but he is also excited to open the gallery to a new community, a “willing public”, as he says, who “understand the value” of the information that he has preserved there. Those who patronize the gallery are no longer exclusively the artists of the East Side or those in the community looking to appreciate and maybe even purchase art. They are more often degree-bearing, art-educated patrons. “That’s my neighbors now; that’s my support mechanisms,” says Harsley. “To broaden that is very important.”

This broadening is already beginning with the younger generation of artists and art-appreciators. Harsley’s daughter, Kendra, has been working with him at the gallery since her childhood and grew up feeling the presence of cross-generational experience. Stepping into a role of supporting the gallery and Minority Photographers Inc. has given her a new appreciation for the history of the neighborhood and a uniqueness of culture that the 4thStreet Photo Gallery has cultivated. She talks about the need for “intergenerational story-telling” and connecting with elders. This connection, she says, eliminates the necessity of reinventing the wheel as if documentation of how and why this art was created didn’t exist.

Harsley’s art, as he describes it, is specific to the East Village in its subject matter and the themes it portrays. His home is his favorite neighborhood to photograph in, as he can “see things that nobody else pays attention to.” Like trees, he describes, which were recently cut down after 30-40 years of growing on the sidewalks and in parks. And like the plant that grows up every year under the grate outside of a school on Lafayette Street. It has just enough light to grow each year through the cracks underground, and he’s been photographing it, documenting its journey for about ten years. It’s the “invisible side of the Lower East Side” that Harsley enjoys photographing.

Alex talks about developing this sense for finding the hidden parts of the city after moving to New York from the South. “Then coming to this metropolitan environment; I see things differently,” Harsley explains.  “I don’t see things as the person who grew up in this reality. I see it as a whole new world. It’s like going to Saturn and realizing people live here. They live kind of weird.” The new world of necessary senses brought photography to his attention as a fine-arts medium. These senses, which were honed in the wilderness were all laid aside in favor of visual perception. As he puts it: “Vision became my teacher.” This vision led him to photograph street life and the high life alike, always seeking to maintain dignity in his subjects. Between the two, Alex says that continuity lies in his constant search to document history as it’s happening, to not present it with any slant or color.

To do so, and to display the art of photographers who are slipping through the cracks, the 4thStreet Photo Gallery is in desperate need of support. This funding would not just support Harsley’s own gallery, as he explains: “There’s other people I want to bring in that are sliding out of the system that are master photographers. I want to pull them back up and put them back into the conversation, again.” Through intergenerational communication, the display of art, and the mentoring of new photographers and artists, Alex hopes to keep his documentation and style of doing so alive in the Lower East Side. To support the 4thStreet Photo Gallery, any patron can buy a print whose proceeds directly support the gallery, or they can donate to the gallery’s GoFundMe.

As for the resilience of the 4th Street Photo Gallery and Harsley himself, they are like the remaining shoe repair place on his street and the two movie theatres left a few blocks away. When asked what he advocates for in mentoring burgeoning photographers, his answer is succinct: “My survival.” He has hope, however, that his new public and his old support system will carry him through into this exploding new era and generation of supporting the arts: “It’s nice to smile at people who try to get me out of here,” he says. “They smile back at me, and they fail. It’s amazing. And now, my smartass daughter has showed up.”

To learn more about Alex Harsley and the 4th Street Photo Gallery, visit the4thstreetphotogallery.com or follow on Facebook and Instagram. Go here to donate to the GoFundMe!

See more stories from Harsley and leaders in the African American community in our print edition BLACK, available in Barnes & Noble nationwide April 2019! Get your digital copy through our app on iTunes or visit our Apple News channel for other great content.

Annie Iezzi is a  student at Barnard College of Columbia University, studying English and Political Science and writing in her  scarce (and cherished) free time.

On the Good Earthship: Sustainable Design in Michael Reynolds's Biotecture

The Art of Understanding: Leah Wasilewski on Poetry, Mental Illness, and Wintertime Holly 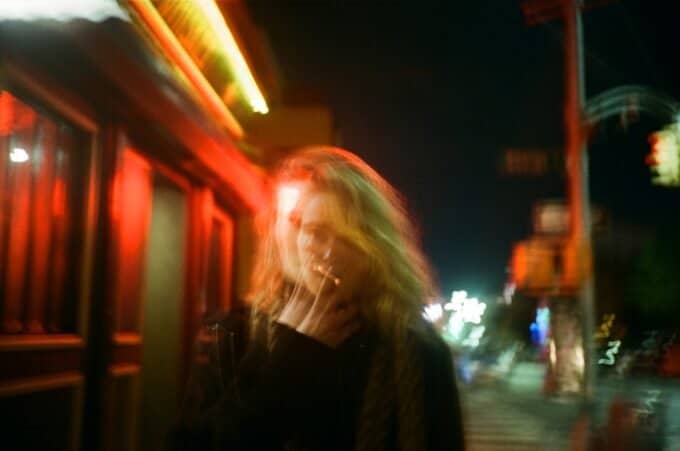