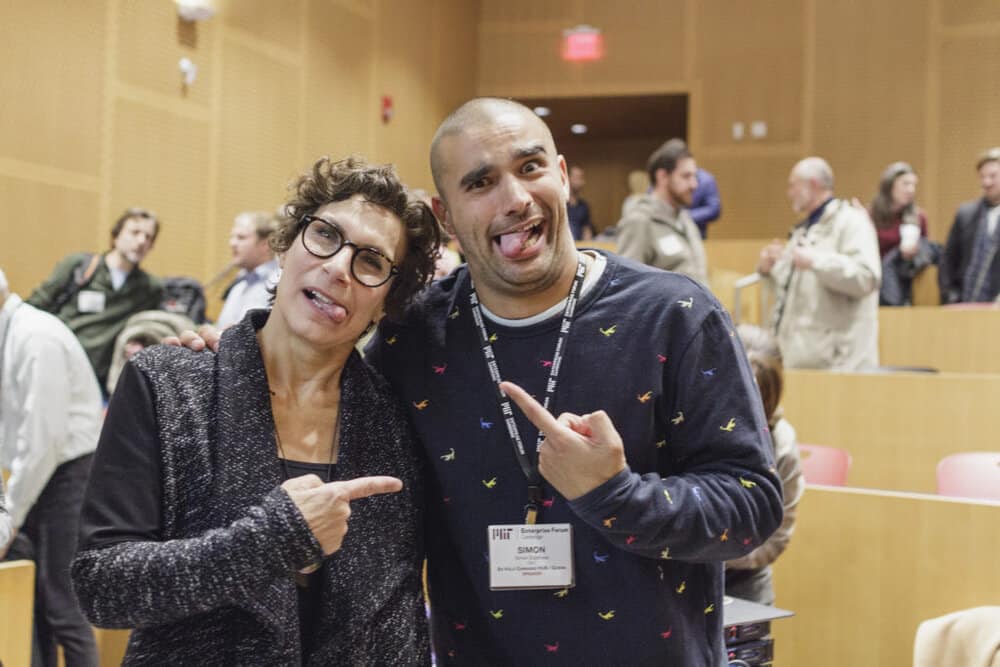 In Part 1, we shared Simon Espinosa and his brothers’ inspiring story of building a cannabis media empire in Chile. The family that smokes together succeeds together! In this second half, Simon not only reveals his top-secret data on the profile of the cannabis user in Chile, but we also discuss issues around comedy and censorship.

James: So then tell me from the data you do have, what is the profile of the cannabis user in Chile?

Simon: We have very high-quality weed available. Most likely, the only things you know about Chile are wine and fruit. Right? Because we have good soil. The land is good down here so everything you put under is going to have a certain quality. We also have exceptional growers. Come to a Cannabis Cup in Chile, and you’ll be blown away. I’ve seen nugs in Chile that compare with any Emerald nug. We are a high-consuming society and Chileans spend a lot more money compared to our neighbors. We get high-end products on the market.  People like that, but heady glass is not a thing in Chile.

If you bring a heady bong, there are maybe 100 collectors that could buy it, but no one else will. I’m one of the a*%#oles that have bought like a $1000 bong. But that’s not common; it will be. I’m trying to differentiate – Chileans are solid consumers, but we don’t buy luxury goods. Not yet. Or not ever, maybe. I don’t know. A gram in Chile costs between $10-$15 dollars a gram.  That’s cheap. You come with a $30 gram of high-end cannabis, probably no one will buy it. That’s my theory, and that’s the consumer profile. It’s a person that would spend $100 or $120 in weed-related products – that’s including the actual product (weed) and something else.

J: So to switch gears a bit, since you guys started with comedy and this idea of “high thoughts,” how is the comedy fitting in for you now?

S: To me, comedy has always represented one of the highest versions of intellect. I think being funny, being actually funny, is very hard, you know? It’s like writing a good poem. Everybody can write some corny rhymes. But mastering a delicate language is tricky. First of all, I think comedy is closer, almost organically put together, with cannabis. Smoking cannabis actually feels funny, you know? It makes it easier for you to laugh. Easier to be light-minded about your surroundings and your context. A new perspective. And looking at things sideways always makes you look funny, right? Things like that.

So comedy is a gateway. It’s something that elevates everything —not just cannabis or my business. Proper comedy, like any art form, elevates the consumer experience. It’s a gateway for cannabis consumers to erase a stigma and be smart about it. Comedy is smart.  So being funny is erasing a stigma. Because it’s hard to be funny, right?

J: Is your web series Very Happy exclusively in Spanish at the moment?

S: Yeah. Some of them have subtitles and we are expanding into Latin America in terms of content but that’s all going to be in Spanish. We subtitle our content even though we know U.S. audiences don’t read subtitles. We are always thinking on how to take that step but sometimes it doesn’t feel natural to do it from En Volá. A different vehicle would be the right answer — something in English, or an English show that features this Latin dude with an accent.

J: Do you guys face any censorship or any other resistance to your projects?

S: Yeah, we discussed that at Spannabis. My co-panelists on the WCC media panel more heavily faced censorship. Youtube and Instagram shut down their accounts. That has not happened to us, but it has happened to many other channels or entrepreneurs or comedic entertainers that we know. Since we advocate for informed consumption more than showing our nugs and smoking on the camera, we’ve escaped penalties. We are one of the few cannabis channels that is actually validated by Youtube with a badge of 100,000 subscribers. They don’t give that to most of the other channels because they are promoting illegal substances so Youtube won’t validate them.

We have Youtube shows where we don’t smoke weed, just have smart conversation about other topics and cultural diffusion. That’s one of the things you have to keep in mind if you’re gonna be a cannabis communicator. Sometimes we only look at the plant, and even though I love the plant, and I quote myself and I have a deep connection with it, I think it’s just part of the puzzle. Its impact on and relationship to society is critical as well. That’s what’s important about cannabis. It creates new ways of thinking and new ways to understand society. A deeper understanding of society is En Volá’s goal. We ask things like: “Can cannabis consumers be the answer for new socially fair education systems that will solve inequality?”

J: How do you see the censorship practice of big media companies like Youtube impacting the cannabis space in the future?

S: Youtube is not a private company anymore – it’s a communication channel and should be regulated. It’s not fair that cannabis channels get closed down just because we’re saying something contrary to a mainstream opinion.

Censorship and regulations will change, maybe for better or for worse.  Those changes will reflect the values of the new establishment cannabis industry. Unfortunately, we’re seeing that happen with dispensaries. Multinational operators are taking over our market so the small guy, the small growers can no longer be part of it. That feeling of getting pushed out of your own culture is very aggressive. It’s what we should take care of regarding censorship in the future, right?

Mainstream establishment media has become a tool for corporations to communicate and deliver their messages in a softer, protected, hidden way. Don’t leave this to the big advertisers that meet all the regulation standards to communicate cannabis and then the small growers are simply under their heels. That’s what actually fights censorship better.

J: Is there anything else you would like to add or tell us about what you’re doing next, that we should check out?

S: Oh yeah! For an international audience, we created the documentary series “Very Happy” with the purpose of being a window to the world, to see “What’s Chile?” Nobody ever asks about Chile. Nobody thinks about the country, so in my experience, becoming informed or more involved in the small guy’s opinion has always brought a wider perspective on how to imagine the world or how to live your life with an extra tool for understanding. I think that’s the main thing cannabis provokes. It’s very similar to understanding. Cannabis consumers are not violent. They don’t want war. They want to learn about other cultures. Then they become friends that have changed my life in a positive way, which makes me realize maybe there’s other people like them and no point in going to war. Now that there might be American people reading this, I think that’s a good message to share.

I really enjoyed the message Simon passed to us. The similarities in the Chilean and American cannabis struggles is touching. We can learn from each other.  Thanks, Simon! The Honeysuckle and Honey Pot teams wish all Chileans the best path forward!

Want more content? Watch Simon learn all about cannabis culture in NYC on a special episode of his fascinating web series “Very Happy.”

James Longshore is an actor and writer who has appeared in award-winning films and TV series which have played around the world. Mr. Longshore has written for the cannabis sector since 2014, but most importantly, he is the creator, writer and artistic supervisor of James Bong: Cannabis Crusader, the only comic out there starring a hero for the legalization movement! You can learn more about the James Bong series by following the comic universe on Facebook.

Does the Shape of a Bong Matter? 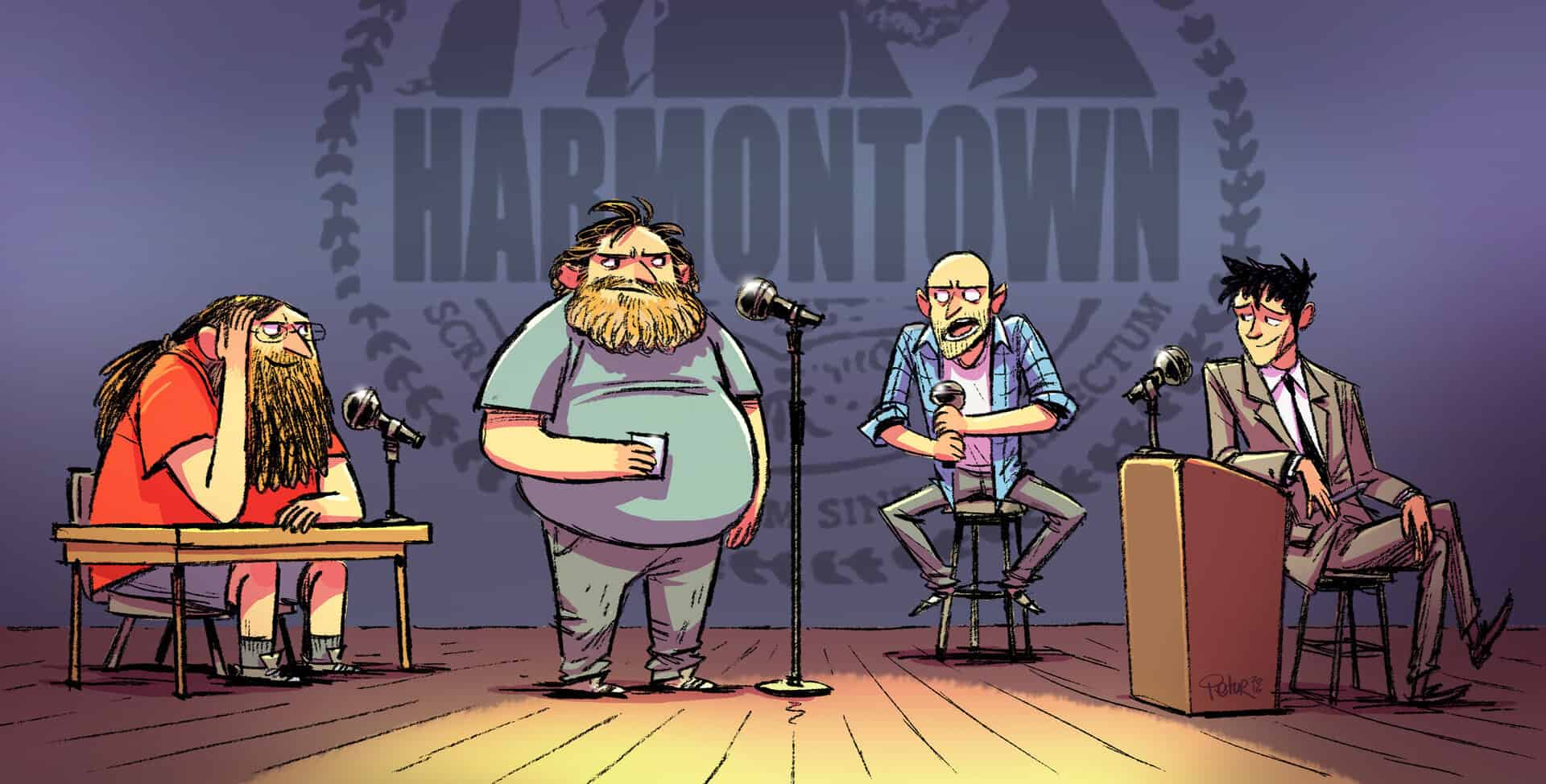