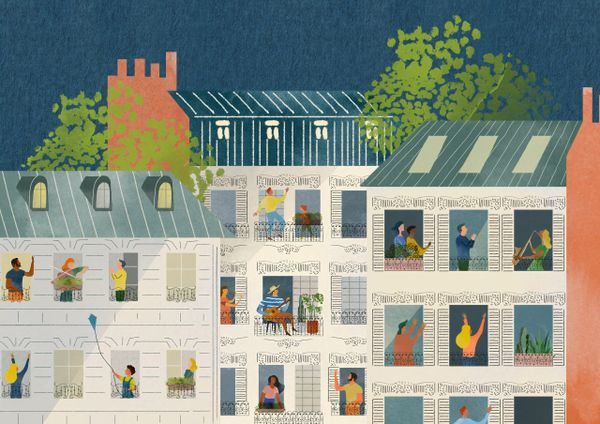 A long-standing American institution, the nuclear family was first coined in 1947, defined as a man and a woman living in a house by themselves with two or three kids. The popular conception comes from the 1960s to 1970s, when American families began moving out of the cities into suburbs;